Which zodiac sign is the meanest? Which is the kindest?

Yes, that’s right, astrology has all the answers. Here is a detailed explanation of why some people are kind by nature while some are unfriendly and sometimes even vicious.

Here are all the zodiac signs ranked from nicest to meanest. Find yours and see it for yourself: Are you an angel or a devil? 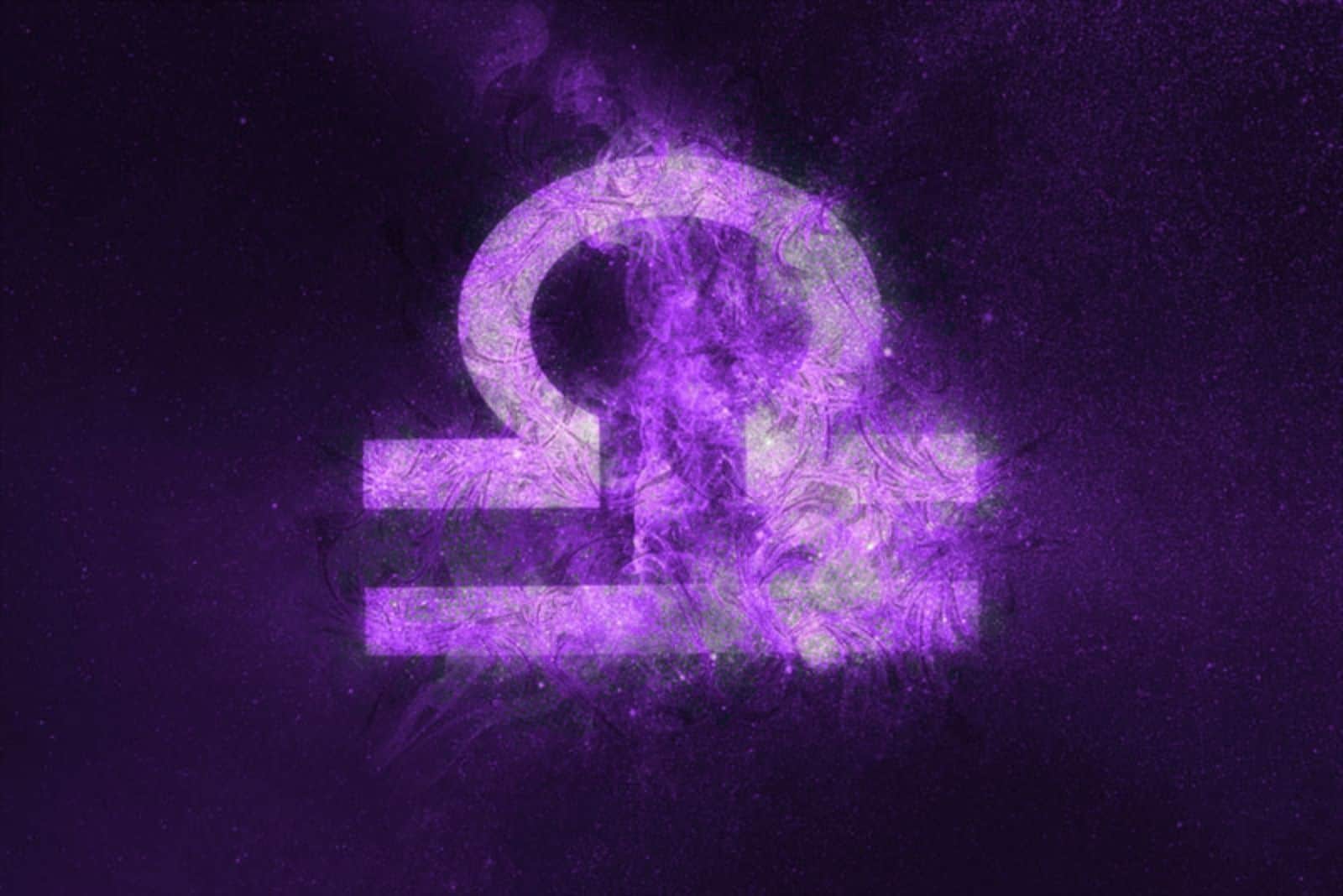 When people look at your horoscope sign, most of them will say that you’re probably the nicest Sun sign of them all. And that won’t be far from the truth.

But why are you so nice? It’s not that you don’t have a bad side – after all, you’re just a human being made of flesh and blood.

You’re like this because you hate confrontation above anything else. You hate arguing, and you’ll do whatever it takes just to avoid getting into a fight.

At the end of the day, you’re actually a coward who often doesn’t have the courage to speak their mind if it might lead to confrontation.

You’re a people pleaser, not because you actually want to please everyone. Most of the time, you’re doing it because it’s the easiest way to go.

Nice, but at what cost?

You’re a peacemaker and do your best to acquire balance everywhere around you. But at what cost?

Don’t forget that confrontations are a part of life, and you can’t always avoid them. Being nice is great, but keeping things that bother you bottled up can backfire. 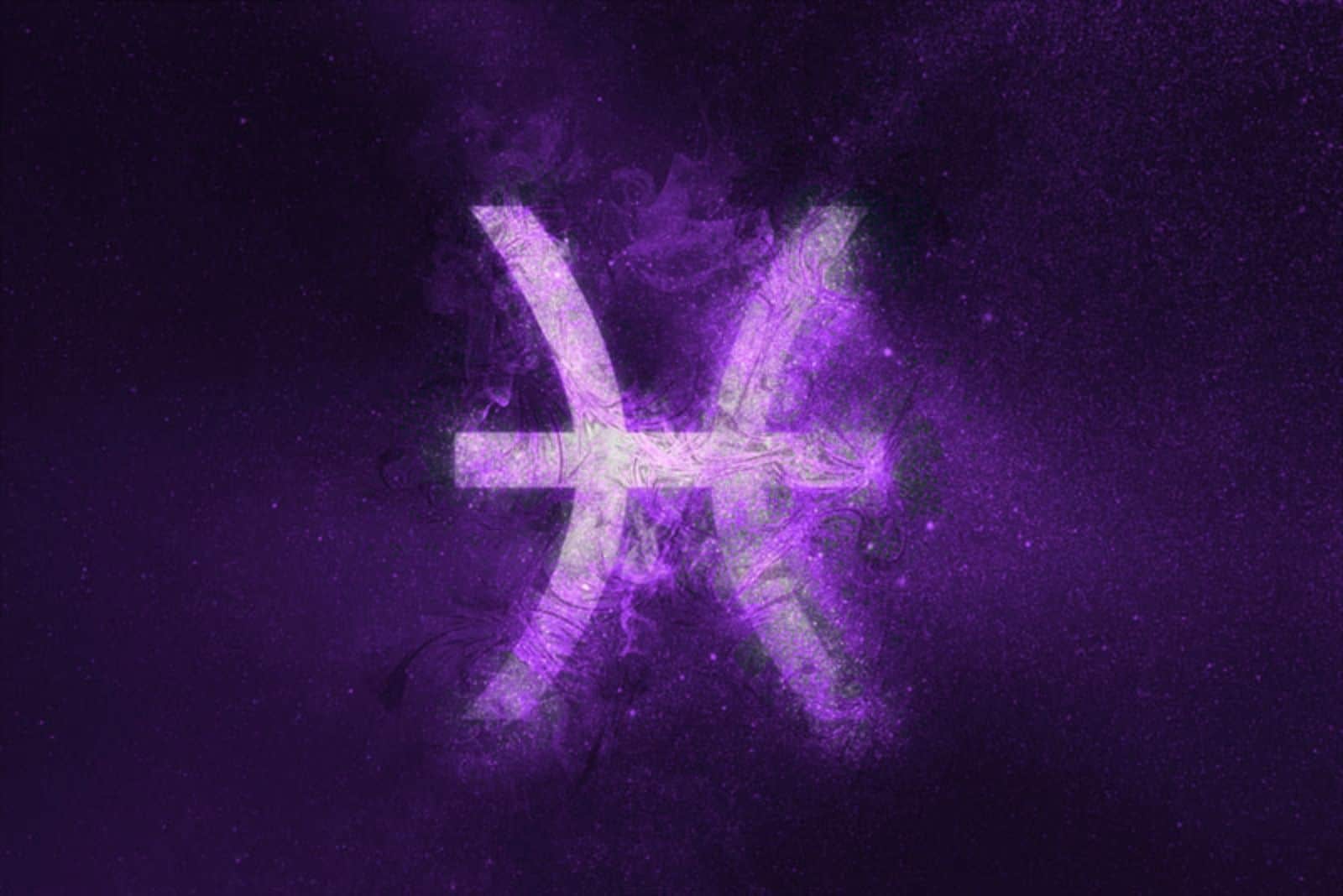 If you belong to this zodiac sign, your lack of selflessness is what makes you such a kind person. Nothing makes you happier than helping others.

Of course, you do it for their sake. But you also do it for the feeling of fulfillment and joy it brings you.

After all, you’re a water sign, which means you’re in touch with your emotions. It’s not that you deliberately don’t want to be mean – you couldn’t behave that way, even if you tried.

You have a hard time forgiving yourself, even if you hurt someone unintentionally.

You’re not into petty fights, and you do your best to avoid unnecessary confrontation. Arguing with you often seems impossible.

The only problem is that you imagine the world as a much better place than it actually is. You have to learn to stand up for yourself. Otherwise, people will think of you as weak and walk all over you.

If you belong to this star sign, you’re one of the nicest zodiac signs in the entire horoscope. Come on, everyone knows that Taureans are one of the kindest people in the world.

You’re positive and enjoy helping people. Your emphatic side gives you the ability to walk a mile in someone else’s shoes.

That’s exactly what makes you so nice. Even if you tried, you couldn’t get rid of your compassionate personality.

And you know what’s fascinating about you? It’s your compatibility with everyone you meet.

You’re not only kind towards the people you love. Your warm heart is so big that it has enough space for everyone, including strangers.

The best part of your personality is your patience. Mean people have a hard time making you angry since you don’t lose your temper easily. 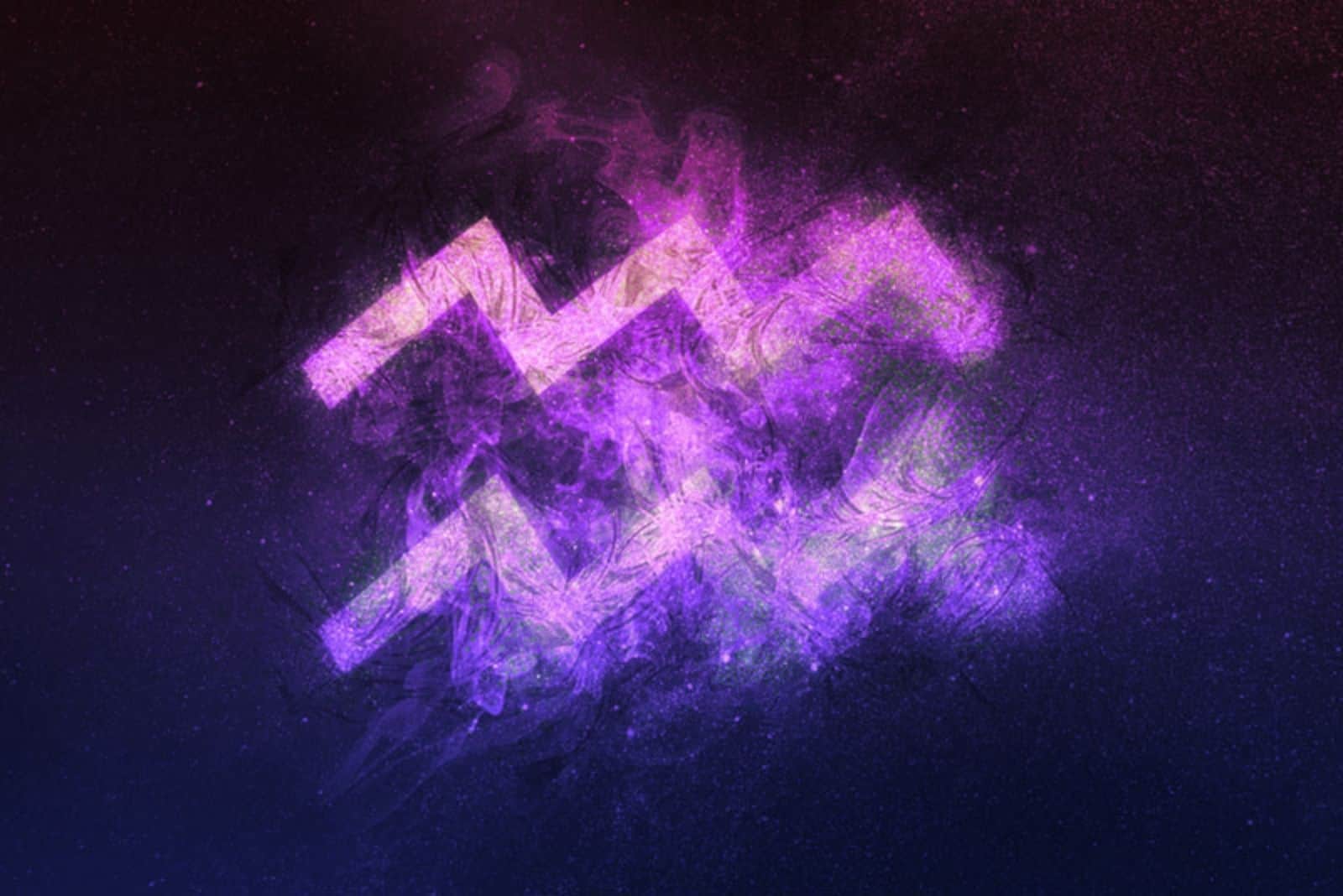 As an air sign, you enjoy talking to people and getting to know them better. All Aquarians are the same: they’re friendly, talkative, and kind.

Your best characteristic is probably that you don’t judge people. You accept their imperfections and give them a chance to be who they really are.

That’s exactly what makes you so nice. You love meeting new people and exploring new cultures, and you learn something from everyone you encounter.

And let’s not forget about your listening skills, which are also extraordinary. People see that they can trust you and know that you’ll always be there for them.

To you, arguing is a waste of your precious time. Why would you be mean and go behind someone’s back when you could use that time and energy to live a happy life? 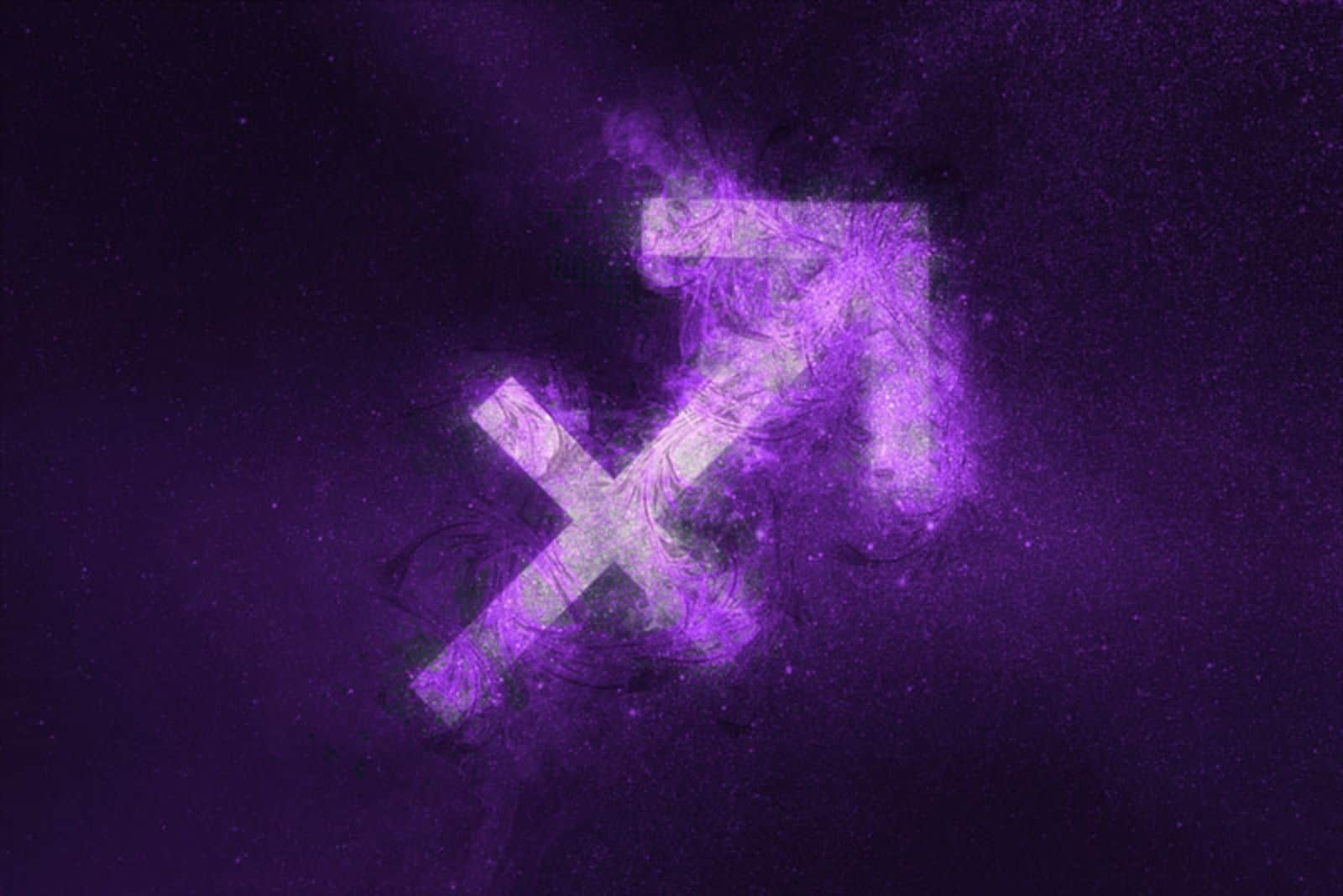 Sagittarians are some of the nicest people around. Unlike most fire signs, you hate negativity and do your best to stay away from it.

You’re an optimist who always looks for the good in things. But the best part about your personality traits is that you don’t keep your positive energy to yourself.

You share it with everyone around you. There are times when your smile is more than enough to brighten your loved one’s day.

You hate gossiping, and you avoid arguing. Some might say that you’re a people pleaser, but the truth is, you’re actually trying to maintain your own peace.

You live your life to the fullest and enjoy every breath you take. Instead of focusing on the negatives, you choose to pay attention to the beautiful things in the world, and that’s what keeps your good mood alive at all times. 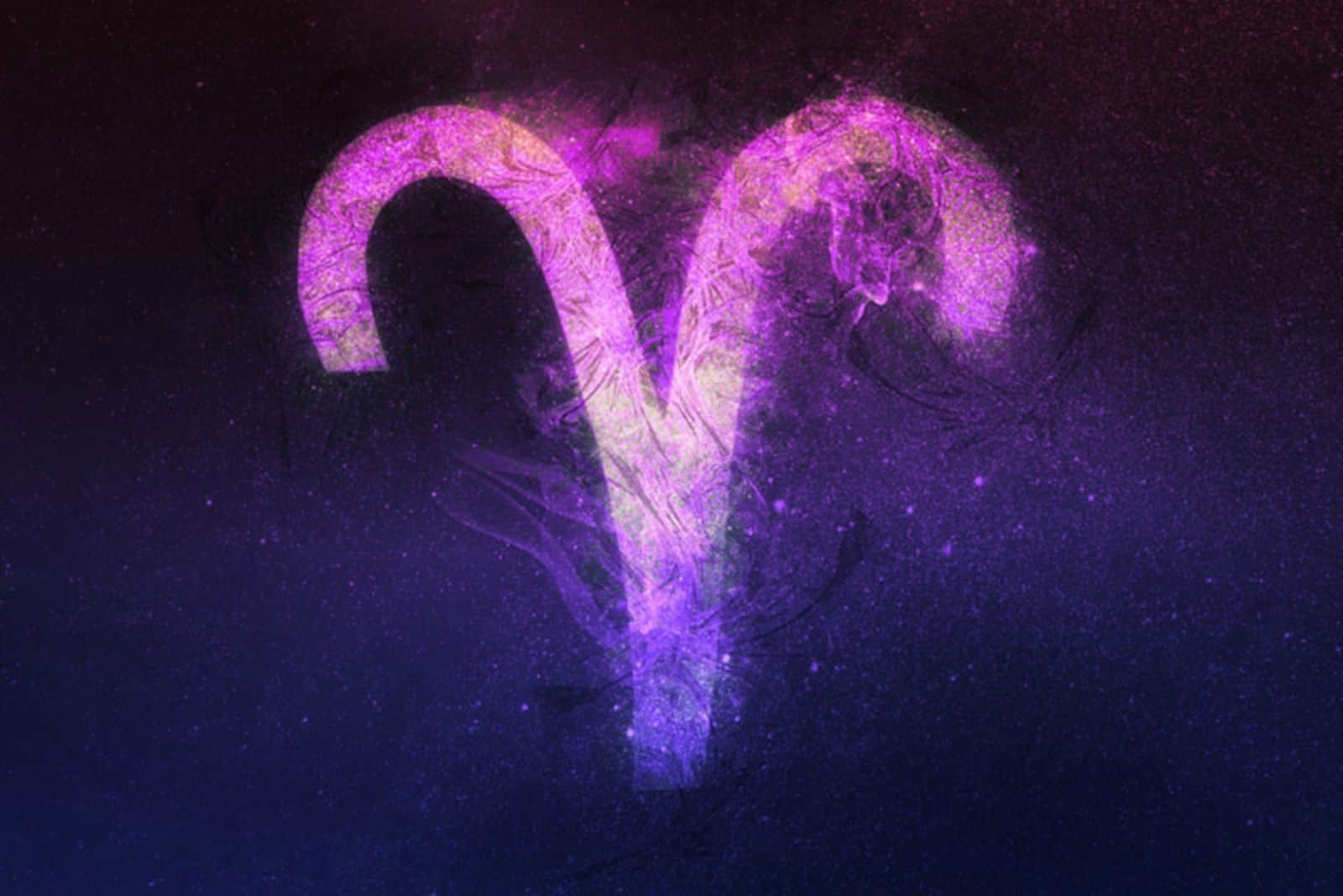 If you belong to this horoscope sign, the best thing about you is that you don’t have a habit of repressing your emotions. Honesty is one of your predominant personality traits.

You don’t avoid confrontation or bottle up your emotions. Instead, you prefer resolving things right on the spot without holding anything back.

But how does this affect the people around you?

Well, the mature ones should see this as an advantage. Everyone knows exactly where they stand with you.

Backstabbing is not your kind of thing. You like to keep things out in the open instead of holding grudges for ages.

Nevertheless, some might consider your honesty a bad personality trait. The truth is that sometimes, you have no filter.

You say what you think, whether they like it or not. 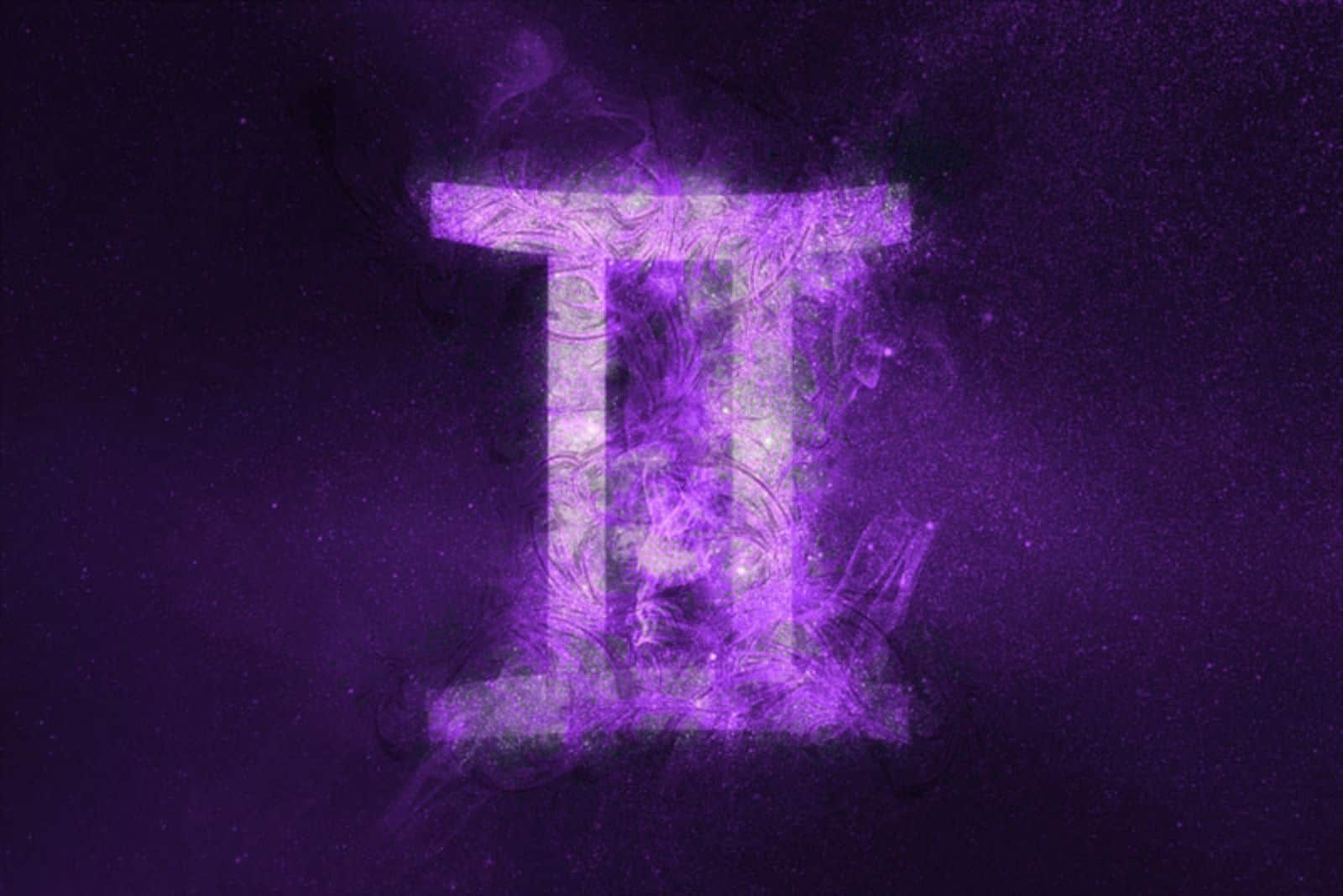 The first thing that comes to everyone’s mind when they hear the word Gemini is your two-faced nature. Come on, don’t fight it – we both know it’s the truth: you have a dual personality.

That’s exactly what makes you so mean: the fact that there are two sides to your personality. But you know what’s tricky about you? It’s that people have no idea what side to expect from you.

You will deny someone’s existence if you don’t get something in return from that person. You walk the streets like you own them.

The biggest problem about you is your ego. Deflating your ego hurts more than getting your heart broken.

When that happens, you get even. And you do it at all costs.

Your ego is so big it can’t fit in any room. If someone screws you over, they’ll spend the rest of their life regretting it. 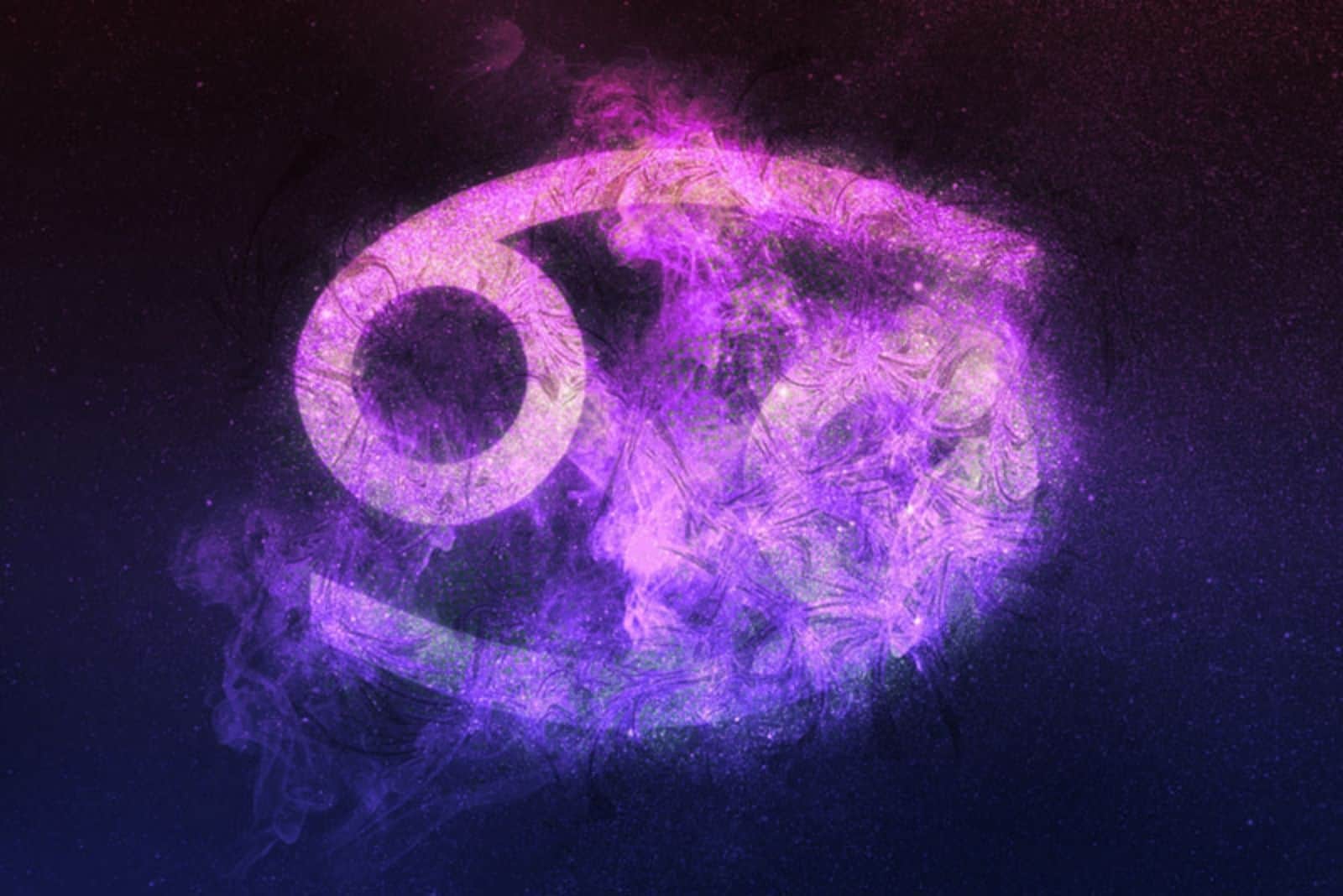 As a Cancer, you’re quite a pretty person in general. You’re probably the most compassionate horoscope sign.

You can literally feel other people’s emotions, and that’s exactly what makes you so sensitive.

But all of this doesn’t exactly leave you without flaws. The problem is in your moodiness.

You have a hard time controlling your emotions. When you become overwhelmed, everyone around you suffers.

You get cranky and moody easily. The worst part is that you don’t explain yourself when this happens.

Nobody has a clue why you suddenly start feeling down, and you don’t bother to explain yourself. You expect others to read your mind and have the same levels of empathy as you, which is almost never the case.

Basically, you have to lower your expectations of other people.

Also, let’s not forget your ability to hold grudges. Even though you probably won’t do anything about it, you will remember the way someone hurt you forever. 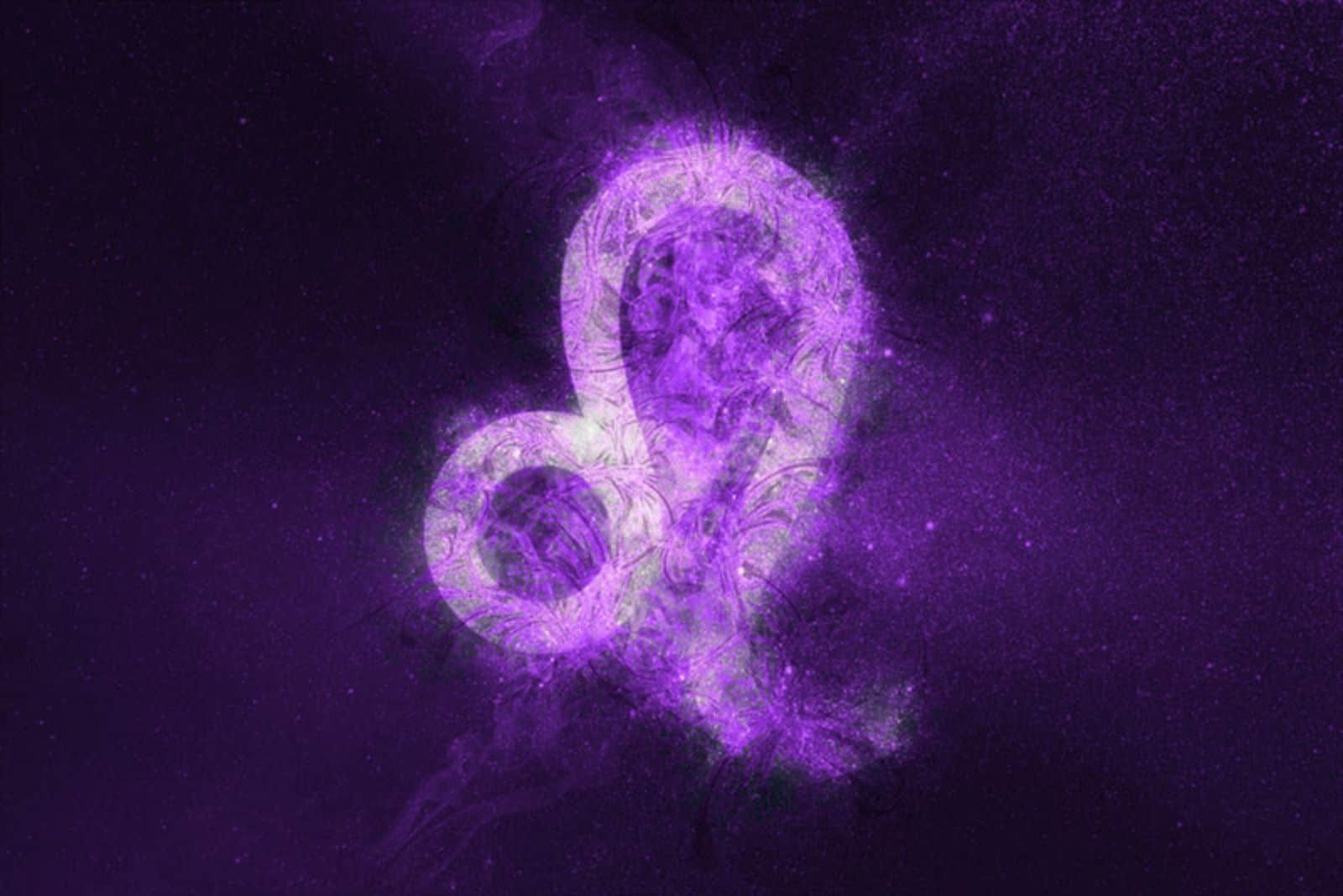 If you belong to this zodiac, you’re somewhere in the middle of the spectrum. The compassionate part of your personality makes you a nice person.

You have the ability to feel people’s pain and forgive them once you see that they truly repent.

But there is another side to you as well. When someone constantly screws you over, with no sign of regret, they’ll get the worst of you.

Whoever tries to pick a fight with you is doomed to fail.

With your head way up high in the sky, you think no one can touch you—you’re better than everyone else. Even though having high levels of self-esteem is great, you’re exaggerating.

You’re attention-seeking, but at the same time, you act untouchable. Basically, you want people to give you attention just so you can blow them off.

How mean is that? 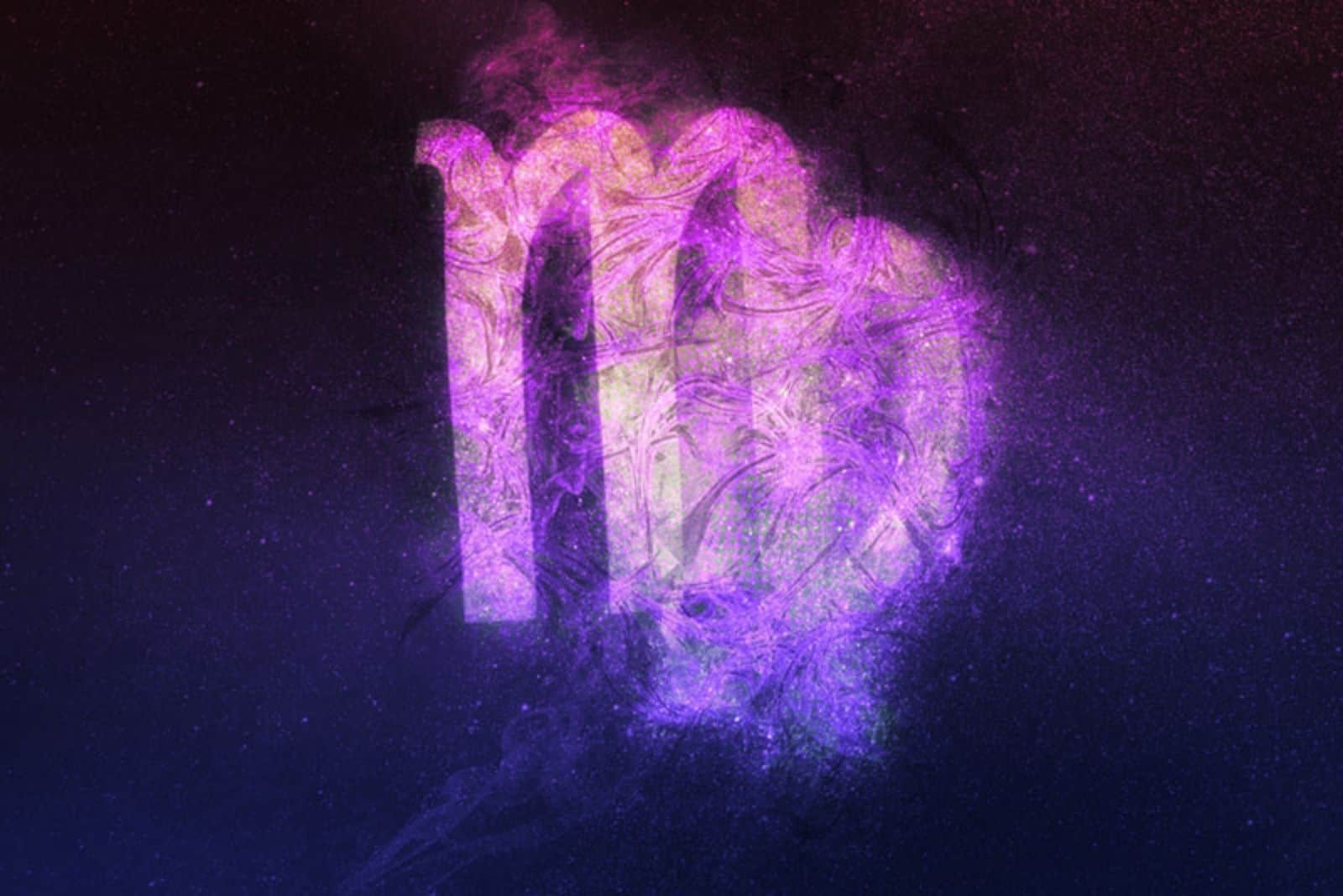 The thing about people belonging to this star sign is that you hide your mean side extremely well. Most people around you think that you’re the nicest person ever – until they try to screw you over.

Yes, you’re quite emphatic, and your mission is to help everyone.

But the problem is that you don’t realize that you can’t fix people. Not everyone strives to be as perfect and hardworking as you. You must allow people to be fine with their flaws.

The moment things don’t go your way, you turn into a real monster. As an earth sign, you’re ready to do whatever it takes to get what you want, and that’s exactly what makes you mean.

Besides this, you demand respect above anything else. Deep inside, you think that you’re better than everyone else – you’re more disciplined, better educated, and you always know better.

Well, guess what – you don’t. If you want to stop being mean, let your loved ones live their own lives, and everyone will like you more. 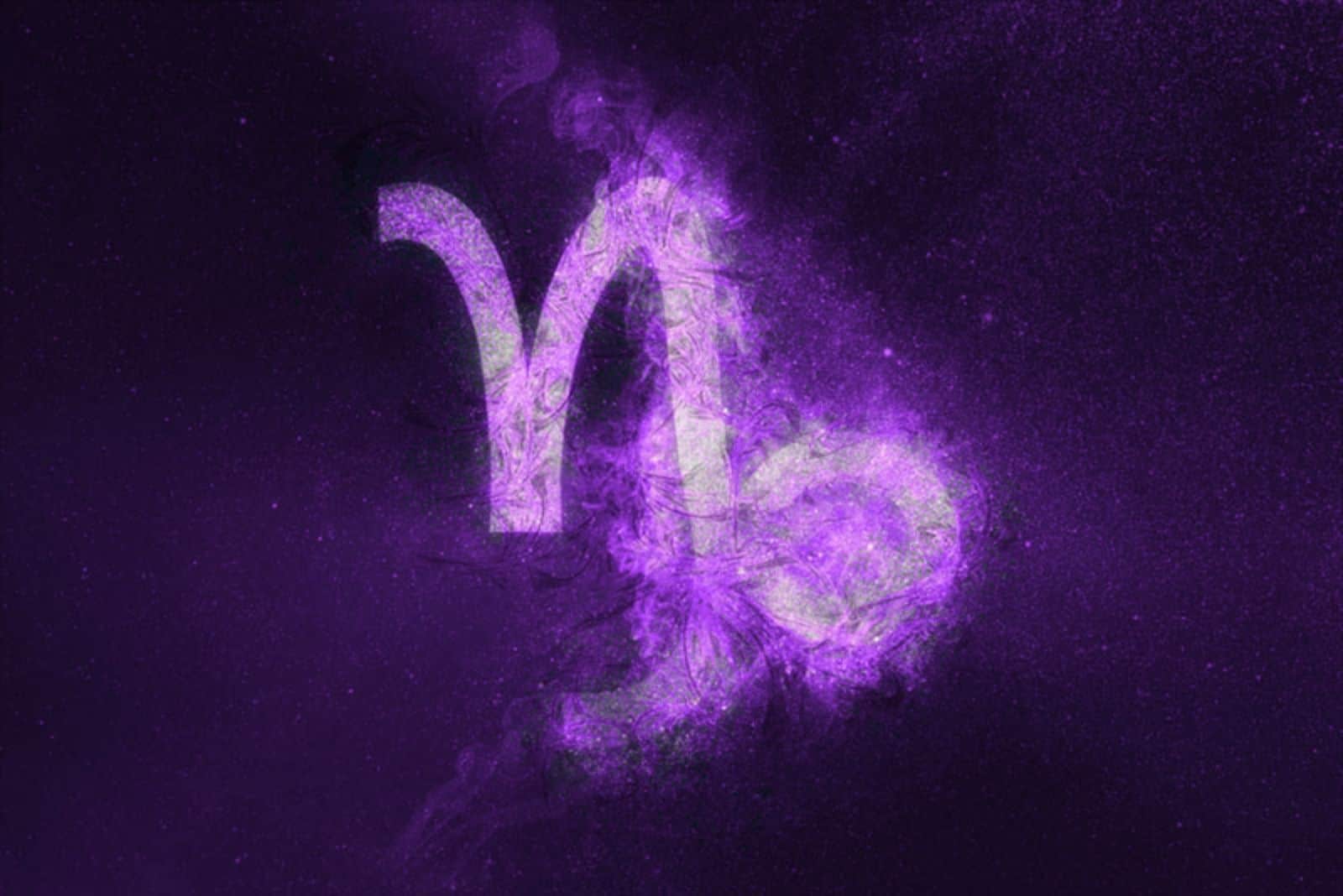 As a Capricorn, you are not aware that you’re being mean, and you don’t do it deliberately. At the end of the day, you’re actually quite a nice person, and your mood swings are the main cause of the problem.

Nevertheless, that doesn’t make your behavior acceptable. You have the responsibility to treat everyone fairly. It’s no one’s job to put up with your crankiness

When you are in a bad mood, you’ll have a mean comeback for literally anything anyone says.

The worst part about your zodiac sign is that people have no idea what to expect from you. Will you wake up the nicest person alive, or will your mean side be dominant today?

Without even being aware of it, you play hot and cold games with your loved ones. People don’t know what to expect from you.

When you’re in a good mood, you’re very understanding. You have the ability to forgive and forget.

But what happens when your rage takes over? Well, that’s when all hell breaks loose. That’s the moment when people around you better run for their lives. 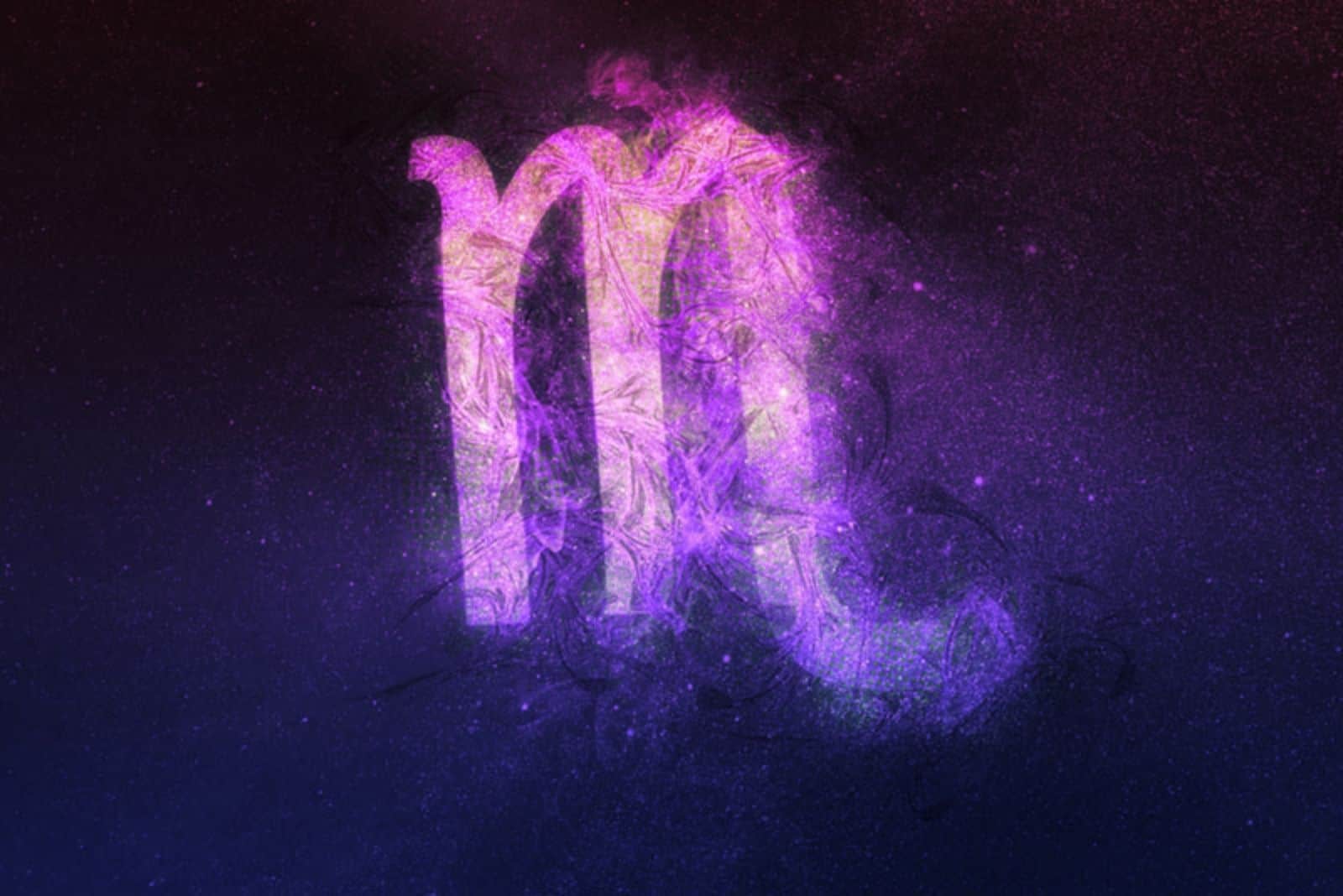 If we’re talking about mean zodiac signs, Scorpio is probably the first sign that comes to everyone’s minds. Have you ever wondered why everyone thinks of Scorpios as the meanest zodiac sign?

Let’s be honest – the entire world can’t be wrong, can they? I know that you hate to hear this, but at the end of the day, there is some truth in these accusations.

Look, don’t get me wrong – I’m not saying that you don’t possess some awesome qualities. When you love someone, you do it all the way, no questions asked.

Revenge instead of forgiving

What makes you mean is that you don’t know how to forgive. Even when someone is really sorry for the harm they’ve caused you, you’ll plot your revenge.

But you know what the worst part is? It’s that you pretend you’ve accepted their apology, while the truth is quite different.

You have the memory of an elephant. You never forget, and you get even with everyone who hurts you, sooner or later.

Another reason people consider you mean is that you can’t seem to control your anger. The frustration overwhelms you to the point you can’t function properly until you’ve finally taken revenge.

Remember that people make mistakes – it’s in their nature to do so. Learn how to forgive – it will be much easier for you and everyone around you.