Matches Made In Hell, Based On Your Zodiac Sign 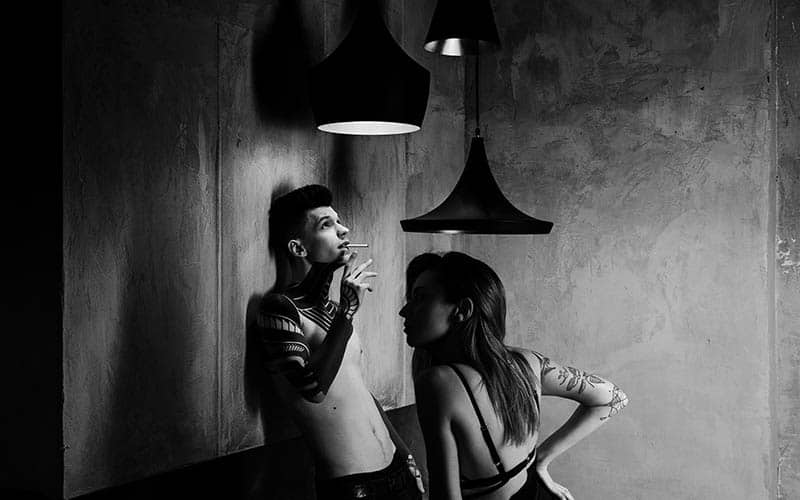 Aries are adventurous types and they can’t settle in one place. If they feel the need to move on, they will. You should never try to have them where you want them because that won’t work. So on that note, Aries should never date a Cancer because they are not so active.

They like to take things slow and be more passive than active, which is the total opposite of an Aries. Cancers will feel intimidated by everything you do because they think it’s all a bit too much for them.

Leos like to be glorified and pampered, but Taurus will do a bit more than that. A Taurus’s possessiveness will drive a Leo crazy. This is why a Leo will feel bored but they won’t leave their partner because they know their Taurus cares so much about them.

Also, Leo will never give up on your relationship because they usually never give up out of pride, but it would be better for both of you to just call it a day.

A Gemini is free-spirited and they need a lot of excitement in their lives. That’s why dating a Capricorn is not a good idea. Capricorns are a bit calmer and ‘doing it by the book’ people.

They are far from boring, but they are not stimulating enough for a Gemini. One more Gemini characteristic is that they are spontaneous and Capricorns always stick to the plan.

Cancers are highly sensitive and emotional. They need someone who will be there to protect their fragile little hearts. The best way to connect with someone is through a deep emotional connection, which is why they don’t see sex as a passionate and raw act, but emotional bonding.

So, the worst match for Cancer is a Scorpio who is highly sexual, but in a different way. Dating a Scorpio, you will feel like you’re constantly fighting because you’re so different and that is not a solid ground to build a relationship on.

Leos are extremely proud people, but once they are in a relationship, they will give their best to make it work. They will ask their partner for advice when they need it but the catch is that their pride won’t let them give credit to their partner for helping them.

That’s why the worst match for Leo is Aquarius. They will also constantly pour work into their relationship, but they won’t be acknowledged for it and that will drive them crazy, so they will just leave.

As a Virgo, you are a pretty down-to-earth person. You rely on everything that is logical and organized. The worst possible match for you would be a Gemini. They are restless and they change their opinion all the time, which would drive an organized person like yourself crazy.

Also, Geminis are prone to cheating and that is the last thing you would do to anyone. You shouldn’t trust them because along with you, they probably have 3 more people that think the same.

You, Libra, are very easy-going and it’s pretty simple to strike a deal with you. But, when it comes to deciding something, you struggle and you need someone who will be bold enough to make the decision for the both of you.

The worst match for you is definitely Capricorn. They are so stubborn and they will never even pretend that you are right. Also, they will give you such a hard time when you make a wrong decision and they will make fun of you, implying that you should have known better and listened to them.

Scorpios have a hard time trusting people and alongside a Pisces that would be an even harder thing to accomplish.

Pisces have the feeling that Scorpio drags them down and they don’t let them fulfill their whole potential, while Scorpio doesn’t trust Pisces because they think they are scheming something behind their back.

Sagittarians are pretty impulsive and if they feel like doing something else instead of what they planned to do, they will. That’s why their worst nightmare in the dating world is Virgo.

An organized Virgo is the last thing that a Sagittarian needs. They have two completely different perspectives and different things matter to them.

Capricorns are very organized people who are used to success. Everything you do, you do right and there is nothing that will stop you when you have planned to do something. You never have to have a plan B, because the first plan always works. But all that burying your head in work leads to a lack of showing emotions.

That would drive an Aries crazy and that’s why the two of you are truly a match made in hell. It’s not that you don’t feel anything, it’s just that it’s hard for you to express everything you feel in the right way.

Aquarians want to be independent and Taurus are very possessive. They want to keep their relationship close to them, like a prize. After some time, this will make Aquarius go crazy.

They will try to break free and distant themselves, which will make Taurus draw them closer and smother them even more.

Pisces connect to people so easily. Everyone likes them and everyone wants to be around them. They are very good at reading people and that’s why they are very happy with the people around them, as they know how to choose them.

But dating a Gemini would be the worst thing ever because they can’t read a Gemini’s mind. They are very moody and they change their opinions very quickly. This is what will destroy this relationship and it will end in flames with a big bang. With Gemini, it’s always like that.