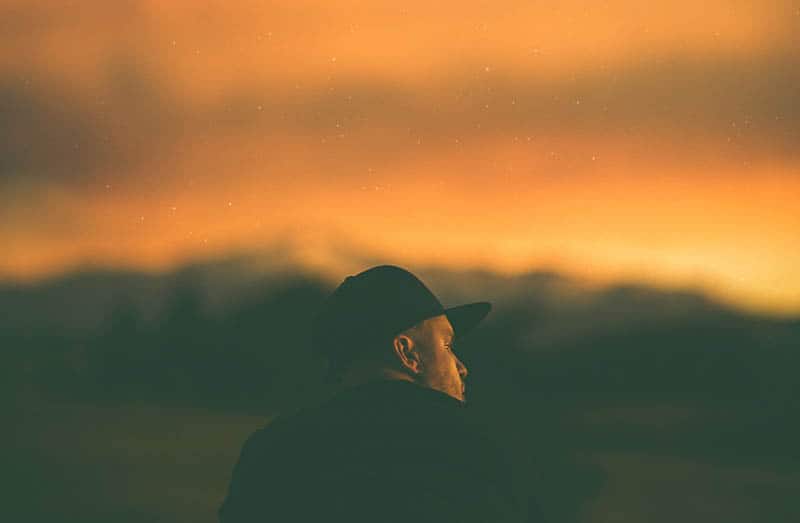 Whether you believe in astrology or not, there are things that the signs can help with.

Knowing how likely someone is to break your heart is one of them. A woman always tries her best to save the relationship and often tends to find the reason for a possible breakup and to prevent it.

The sad truth is that usually there is not much you can do and many things are left unexplained.

You can try to find an explanation in your horoscope, and so this is how likely he is to break your heart based on his zodiac sign:

If he is an Aries, you’ll recognize that he fell in love quite fast.

The problem is that he will fall out of love even faster. He will make you wonder what you did wrong, and why he did disappear so fast. An Aries won’t linger over his actions; he’ll dump you and move on.

You’ll be wondering if he ever really cared that deeply in the first place.

Taurus men are usually known as lovely and kind people, but they can get brutal, cold and cruel.

As a Taurus, he will break your heart because he loves himself more than he loves you. He is very self-centered and believes that he is the most important person in the world.

You think everything’s going great, when all of a sudden he will turn on you because of his own selfish reasons.

A Gemini is the complete opposite of Aries. He will break your heart slowly and painfully.

Even though you’ll see it coming, it will still hurt like hell. You thought he really understood you and that he never had such deep conversations as he had with you.

He is smart and charming but also deadly when it comes to your heart.

When a relationship ends with a Cancer, the real heartbreak is going to come from seeing what a mess he is and how you will want to be there for him, but know that it’s probably not a good idea to be his shoulder to cry on.

It hurts even worse knowing you’ve destroyed someone that you loved. Cancer men have no problem showing their emotions, and seeing them in such anguish will wreck your heart.

A Leo cannot stay single for long and will break up with you when he loses interest in you.

He will quickly move on, with the intention to make you feel small and insignificant. A Leo is very flirtatious and most likely he has a side chick just waiting for you two to split up.

You should not let this crush you – you’re stronger than that.

You might find yourself wondering and over-analyzing every aspect of your past relationship with a Leo, but remember that you did nothing wrong and that it was never your fault.

His career will always be a priority and you can never come in-between him and that.

If he sees you as an obstacle in achieving his goals and dreams, no matter how much he loves you, he will break your heart. A Virgo is very critical and will bring up every little thing you did wrong in the relationship.

He will make sure to lower your self-esteem and your confidence to zero. After you finish with a Virgo, and you survive everything, you come out as a better person.

Because if you survived a Virgo, you can survive anything.

A Libra hates conflict and breakups. It makes him feel guilty or bad and he will be heartbroken as much as you are.

His intention will never be to hurt you, and the only possible reason for him to break up with you would be that he got hurt.

He will disappear very slowly and silently, to make it as less painful as possible for you.

His words will hurt more than his actions.

Scorpios are known as very passionate and intense people, but also very angry ones. You don’t want to get into a fight with him because his incredibly hurtful words are what will ultimately break your heart.

He knows your weaknesses and secret fears, and he will make sure to use them against you. A wounded Scorpio is vicious, so watch out.

A Sagittarius man is very good at prioritizing himself. He is very self-centered, and will never show you empathy or interest in your point of view.

He will never stick around for too long, and after he breaks up with you he won’t be able to understand why you’re experiencing so much pain.

You will fall hard for a Capricorn. He will kiss you and sleep with you, and then one day, out of the blue, he will tell you he’s not ready for a relationship.

He will be sorry for misleading you and will always want to stay friends with you. Basically, he will friend zone you.

An Aquarius is known for being rather cold and unemotional. When he commits, more often than not, it won’t last for long, and he will get bored and want to move on.

He is a smooth player but will never have the courage to break up with you to your face, and will make you do all the work yourself.

Maybe he’ll cheat on you or just start ignoring you, but however he does it, it will be painful for you.

He can be super-sweet and look like the perfect boyfriend when he is into you, but as soon as he turns his back on you, he’ll be as nasty as it can get.

He will play the victim and make it look like a breakup was your idea in the first place. While you’re a sobbing mess wondering if it was really your fault the whole time, he’ll be cold and unfeeling.

This way, the pain and constant feeling of guilt will make the heartbreak live on long after the relationship has ended.

See also: This Is What Kind Of Heart-Breaker You Are, Based On Your Zodiac Sign