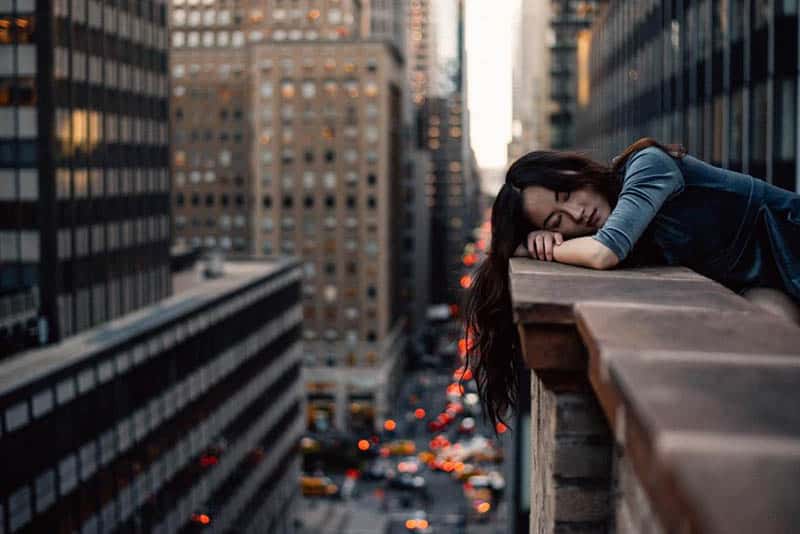 He brought me to the lowest point of my entire life. My whole world went crumbling down on top of me when I finally realized what he was doing to me the whole time we were together.

He became a completely different person—he showed me his true self. The sneaky bastard waited long enough for me to become hooked on him.

I needed him, I wanted him, and he was like a drug. I needed a dose of him, every day. He had me hooked on emotional abuse.

I knew he was destroying me, but I just couldn’t rip myself off from him. I needed him. He made me need him.

Don't Make Her Wait Too Long 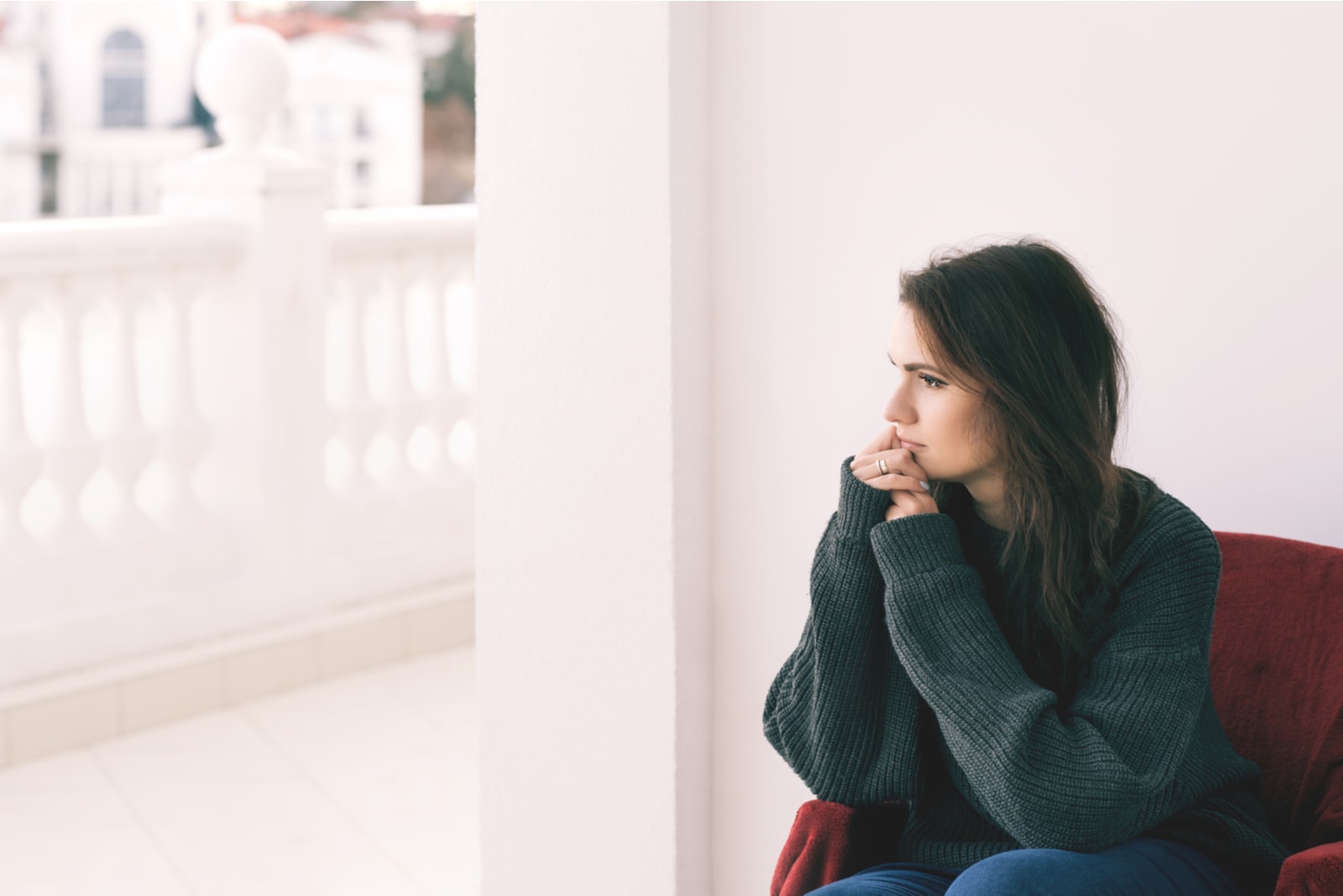 Oh, he knew that all too well. That was his plan all along. He saw me and he wanted to have me. He wanted to use me for his little mind games.

He wanted to use me as his ego booster, his little insignificant nothing—just so he could be happy. What an emotion-sucking vampire.

I wanted to leave. I really tried. But, it’s like every time I was on the verge of leaving, practically on the doorstep to freedom, he meddled and somehow made things prettier than they were.

Then, I would restore my faith in him. I would get a small, faded sign things will work out for the better after all. 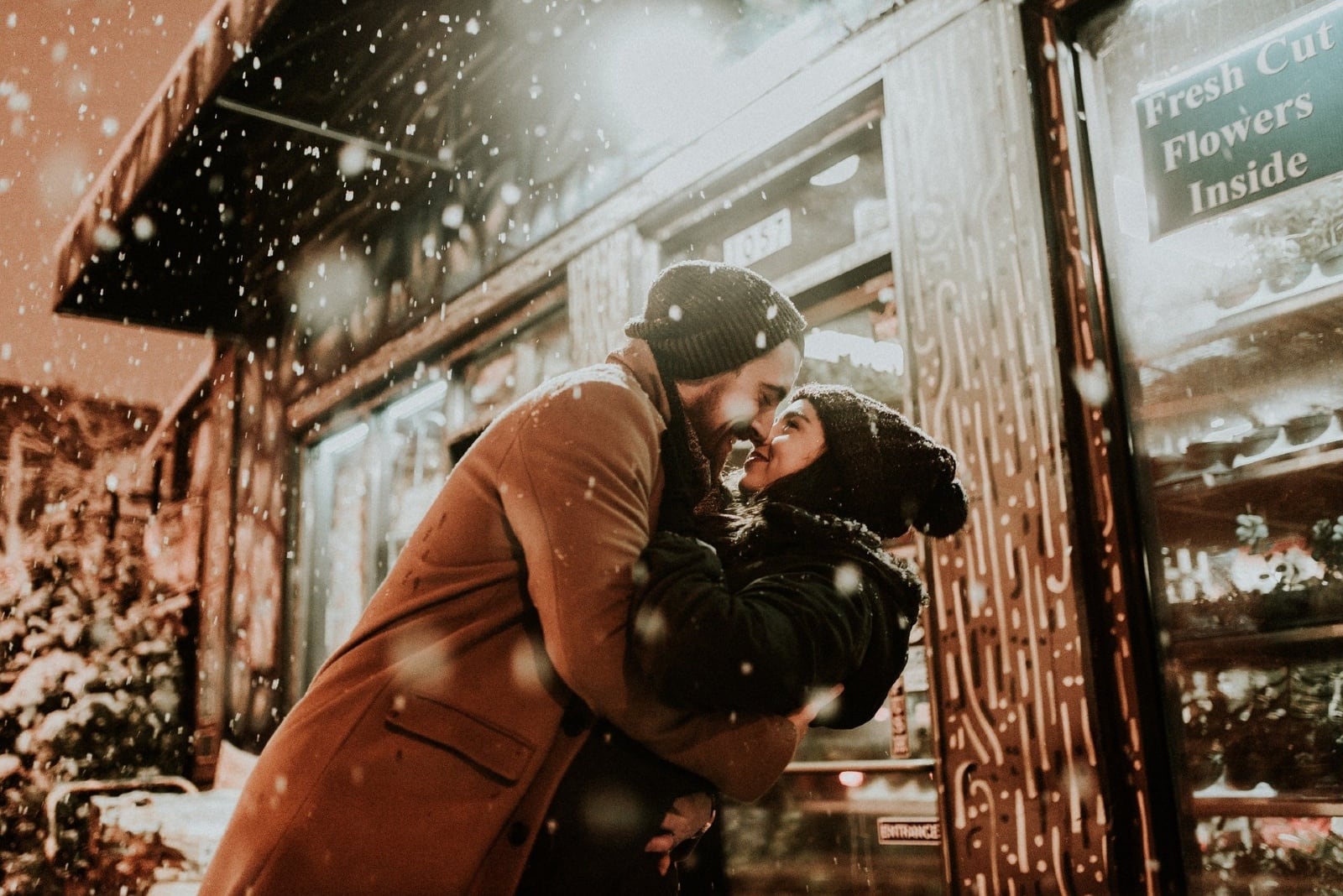 It was just yet another narcissistic mind game he tested on me successfully, yet another means of imprisoning me.

It’s fascinating what kind of power they have. It’s frightening how they are capable of convincing you to believe things that aren’t real. It’s scary to face what is going on.

He was so infatuating when I first met him. I wanted to be with him for the rest of my life. He blinded me with his sweet words and beautiful promises. I thought that was it. I finally had luck.

Boy, was I wrong. Then, I couldn’t even imagine what was ahead of me. Not only the abusive relationship but recovering from it or breaking free from it.

He made me believe I was incompetent and unlovable. I didn’t have any self-respect left. I kept thinking I was lucky to be with him. I was sure that no one would want me, that I was unworthy of anyone’s love.

He made me believe it was all my fault, that I was the main source of all of our problems. But somehow, after years of emotional abuse, I found the courage to leave him.

I knew that the path wasn’t going to be an easy one, but I wanted to sacrifice everything I had, just to bring my life back—the one I once knew and lived. 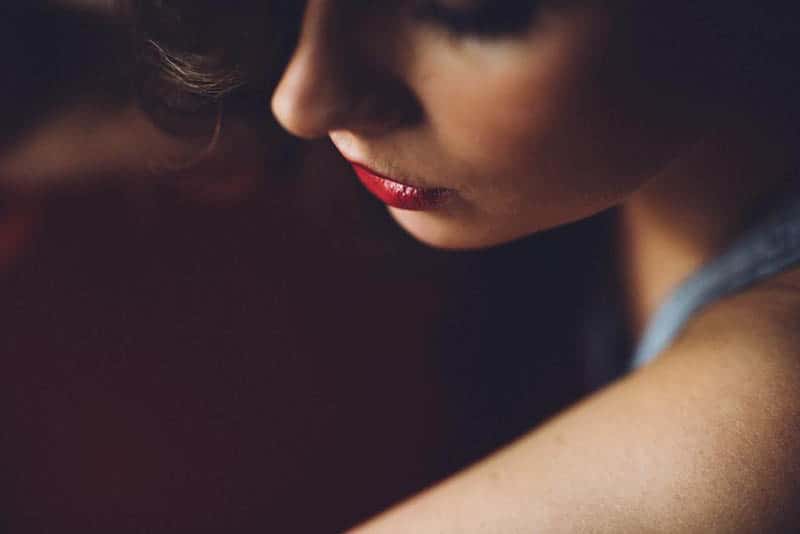 It will go away and leave you with the most valuable lesson you could ever learn—nothing is worth your pain and tears, especially him.

This is one of the chapters in my book On Getting Over A Narcissist. You can find the whole book here.

What did I do?

I accepted the truth. I stopped fooling myself from thinking things will get better, that he will change, and that it was just a phase which everyone goes through. I accepted the situation as it was.

I accepted he was emotionally abusing me. I finally accepted he was using me only to make himself satisfied because that was all he ever wanted. The most important person in this world to him is himself. And that’s never going to change.

I stopped blaming myself. I finally opened my eyes and saw things for what they really were. I realized that I wasn’t the one to blame for anything. He is the one who has a problem.

I lost my self-worth because of him. I didn’t want that. He made me and it’s not my fault. That is what I now finally know.

I took some responsibility.

I know I chose this person. No one made me choose him out of all the guys I could be with.

But again, I don’t blame myself because I know that people suffering from a narcissistic disorder are usually very charming and irresistible and I fell for it. But, I’m only human.

I tried to have a serious conversation with myself.

What would I tell that person? What would I do in that situation? In this way, I developed an understanding of life’s cruel game. I managed to distance myself from myself to save myself.

I cut off every contact with him. I buried him in my mind. I didn’t want to know whether he was dead or alive because in my mind, he was long gone.

I knew that if he failed with the lies, he would attack me with everything he’s got. And he did—he turned everything on me. He told people I was the insane one.

Basically, he told everyone that I was doing everything he did to me. He presented me in his own narcissistic light. I couldn’t let that get to me.

I stopped beating myself over the choice I made.

I know I fucked up. I know I got myself into this mess. If I told him to move along in the first place, none of this would have happened.

But it happened and I can’t do anything to undo it. I decided I’ll leave him and my pain is in the past where it belongs.

I gave myself some time to heal.

All of this didn’t happen overnight. It lasted so long and I wasn’t selfish to myself for the first time in a long time, so I let myself be broken and hurt for a while.

I didn’t break the relationship and continued my life like nothing happened, overwhelming myself with unnecessary things just to keep myself from thinking about what I went through.

After I cried my eyes out and spent countless nights staring at the blank wall, I gave myself another chance to live again.

I took one step at the time. Every day it was something new. No matter how insignificant and small but it was something. Something I did that pushed me forward. One tiny step at a time.

One step turned into an enormous distance after some time. That one step forward was one step further from where I’d been—from him.

After being abused by a narcissist, I choose to walk away as a winner from that fight so I’ve educated myself on this disorder and I’ve gathered all my thoughts in one book. In case you’re interested to read more about my experience, try this link. 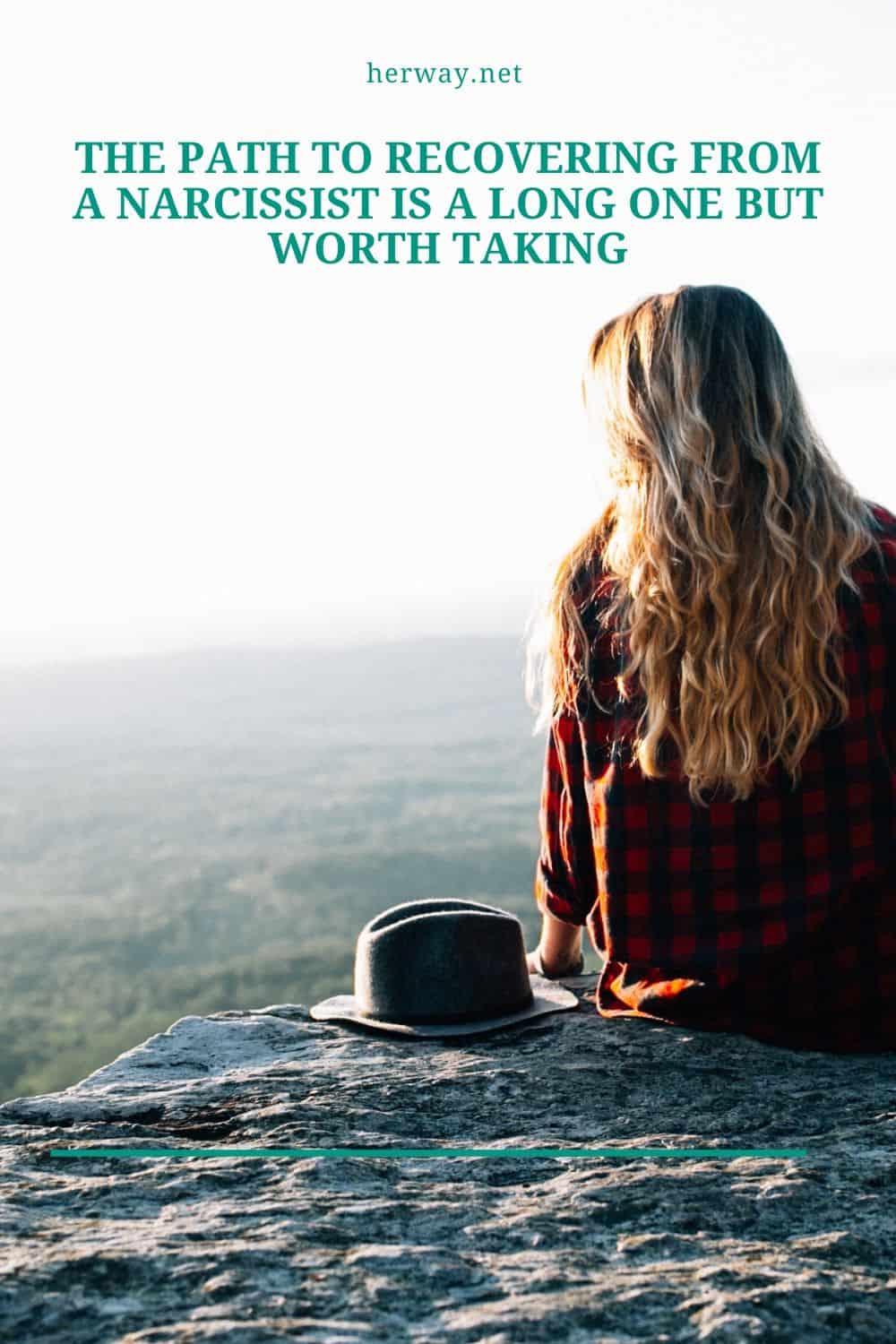 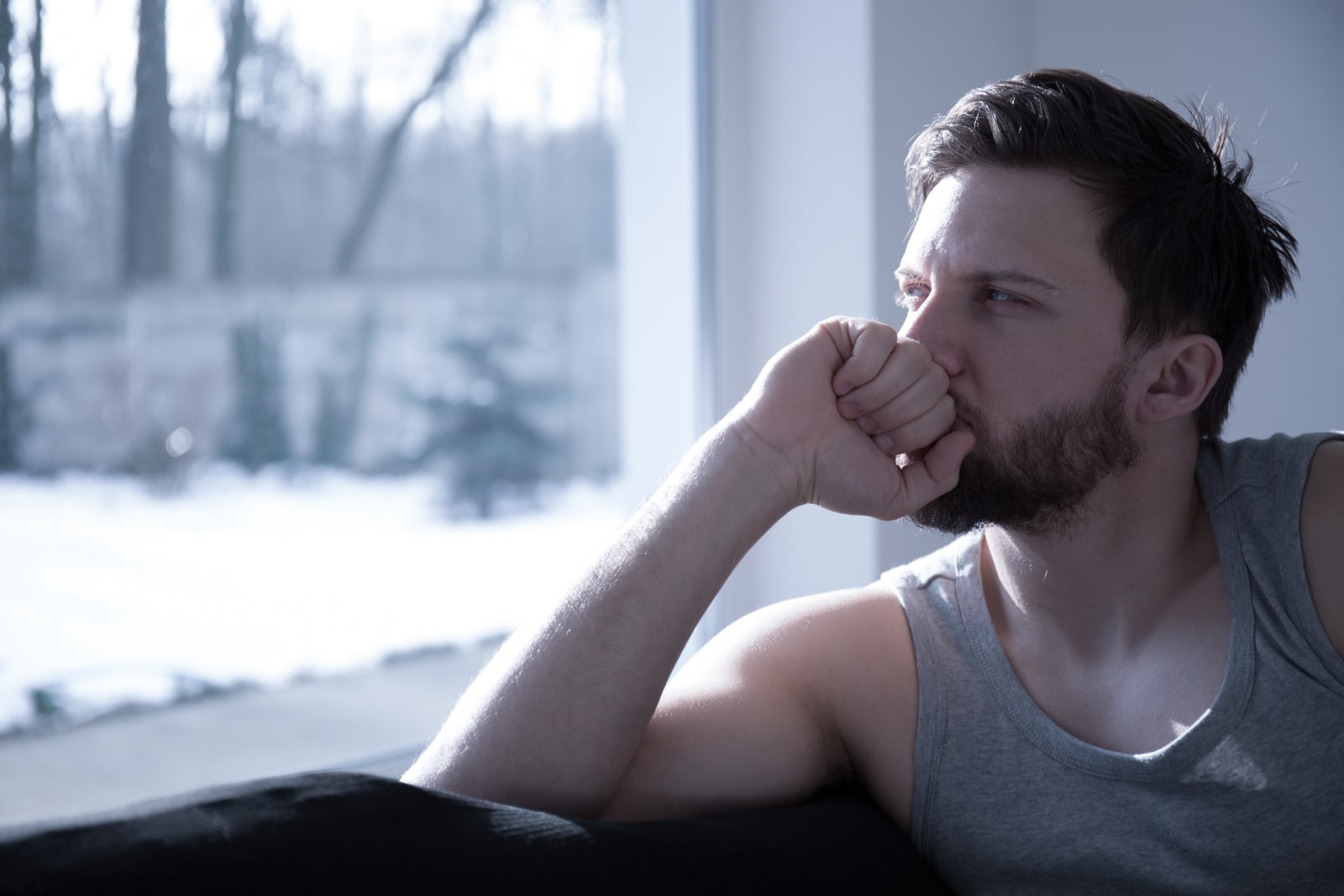