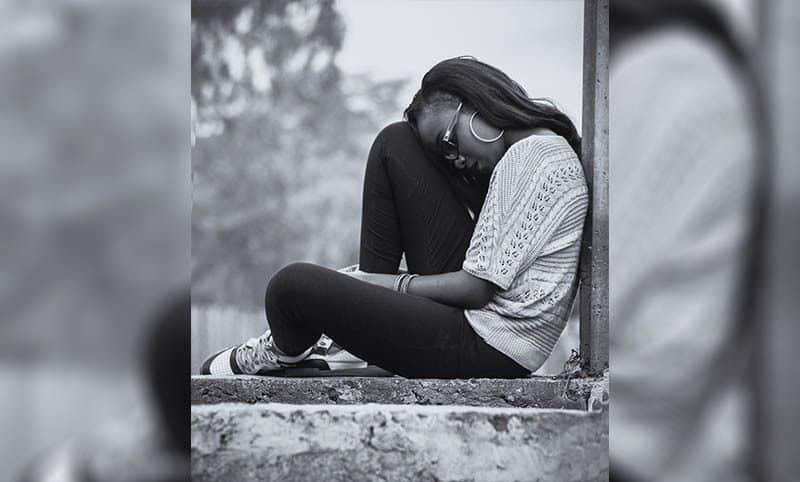 When you break an anxious girl’s heart, nothing will be the same for her.

She will blame herself for it, just like she blames herself for all the bad things that happen to her.

She won’t even think that you missed the chance to have a happy life with her. To her, you won’t be the guilty one.

Even if you are.

A girl like this is so sensitive and emotional and she feels everything more deeply than anyone else.

She is someone who can transform your life into the most beautiful love story if you let her.

But if you disappoint her and break her heart, here is what will happen.

1. She will blame herself for the end of your relationship

She will think that her anxiety made her difficult to love.

She will believe that you couldn’t put up with her craziness and mood swings, and that you simply wanted to run away from her.

In her eyes, she will be the only negative person in this whole process.

A girl like this will never blame you because she is hurting. She will place all the blame on herself.

And the worst thing is that she won’t change her mind, even if you tell her that it is not her fault.

2. She will believe nobody will love her after you

When you break an anxious girl’s heart and leave her, she will believe she is too broken to find love again.

She will think that nobody will even make an effort to win her over because it is easier to love a girl who is not broken than to fix one who is damaged.

She thinks she doesn’t deserve love and she will, once more, blame herself for all the bad things that happen to her.

It will take a lot of time for her to start believing in love again and to heal her broken heart.

3. She will cry herself to sleep every night

When you break an anxious girl’s heart, she will fall into severe depression. Her whole world will crumble just because of unlucky love.

She will think about the things she could have done differently.

She will wonder about all the situations in which she could have been better toward you, not thinking if you were good enough to her.

She will beat herself up by looking at pictures from the happy periods of your life.

Once again, she will think that she is not worthy of love and that it would be better if she stops dating.

Every night she goes to bed, she will mull over you and the future she will never have with you.

And that feeling is so intense, it will feel like her whole world is falling apart.

4. She will regret falling for you in the first place

A girl like this will believe she could have done things differently.

She will be so mad at herself for falling for you so easily, as if there isn’t another man she could fall for.

She will curse the day she accepted to be your girlfriend.

She will be so mad at herself because she gave you her heart so easily, knowing you could break it into a million tiny pieces.

She will overthink a lot, but that won’t solve her problems.

It will only make them bigger. They will become the center of her world and one day she will just explode.

Keeping all those emotions inside her for a long time will transform her into the person she never thought she would become.

But after that happens, she won’t be the same anymore.

Once she gets her heart broken, she will be completely lost. She won’t know how to move on.

She will believe she is too weak to try anything alone, because being with you gave her so much security.

While she was with you, she felt so desirable, so loved and taken care of.

But now, she is all on her own. She doesn’t feel pretty, desirable, or loving anymore.

She is just a shadow of the happy girl she was when she was with you.

There won’t be a smile on her face anymore and everything she does will be just because she has to.

It will take a lot of time to get on track again, but one thing is for sure – she will come out much stronger from all this.

6. She won’t take care of herself for a long time

She will be so hurt that she will give up on taking care of herself.

She won’t eat well; she will stay in her room the whole day, not wanting to talk to anyone.

She won’t even accept invitations from her friends to go out and have some fun.

The only thing she will think of will be all those happy moments she had with you, mixed with the sad ones.

No matter how much she will want to be her old self again, she won’t be able to fight all those demons inside her.

She will slowly kill herself by thinking badly about herself and blaming her anxiety for all the bad things that happened to her.

And only a special person will be strong enough to bring her back on track again.

7. She won’t trust anyone so easily again

When a girl like this gets her heart broken, she will have a hard time trusting a man again.

She won’t believe what you say, but what you do for her. She got her heart broken once and she never again wants to feel the same pain.

This time, she will be careful whom she is letting into her heart. She doesn’t want to make the same mistake again.

A girl like this is hard to get, but she is definitely worth it!