I am well aware of the fact that you have been through so much in your life, that you want to be sure about your current partner.

You can never know for sure if the relationship will work out and if you will stay together forever, but there are some very clear signs that he will treat you just the way you deserve with little everyday gestures.

1. He doesn’t just love your body, he loves your mind too

He loves to compliment you on your body, how beautiful you are to him, but he will also compliment your brain when you say something that blows his mind.

Also, as much as he nourishes your body by making you dinner, he has no problem buying you a book to show you that he cherishes your mind so much that he wants to expand it.

2. He includes you in his plans

There is nothing more special to him than you, so he doesn’t even think about the option of not bringing you with him.

Of course, he will ask you, but he has probably planned it all to the extent where the event is completely to your liking.

3. He asks for your opinion

He values your opinion very much, so he wants to know what you think about certain topics. Even before he makes an important decision, he will always ask you what you think.

He will ask you about thoughts regarding arguments and he will surely choose something that is the best for the both of you.

He hates it when you cry, because it hurts him to see you sad. It makes him feel all your pain because he loves you enough to share everything you feel.

With that said, he avoids making you feel uncomfortable or upset. He doesn’t want to see you crying out of sadness, he wants to see you laugh so hard that your eyes start tearing up.

5. He doesn’t have to tell you that he loves you, you feel it

Words do have power, but only if they have meaning behind them. If he tells you how much he loves you and is a jerk afterward, it means nothing.

Sometimes words aren’t needed. All you need is someone who will look you in the eyes, touch your cheek with one hand and pull you closer with the other.

The hug that comes afterward is the best way to tell someone how much you love them and he does that all the time. 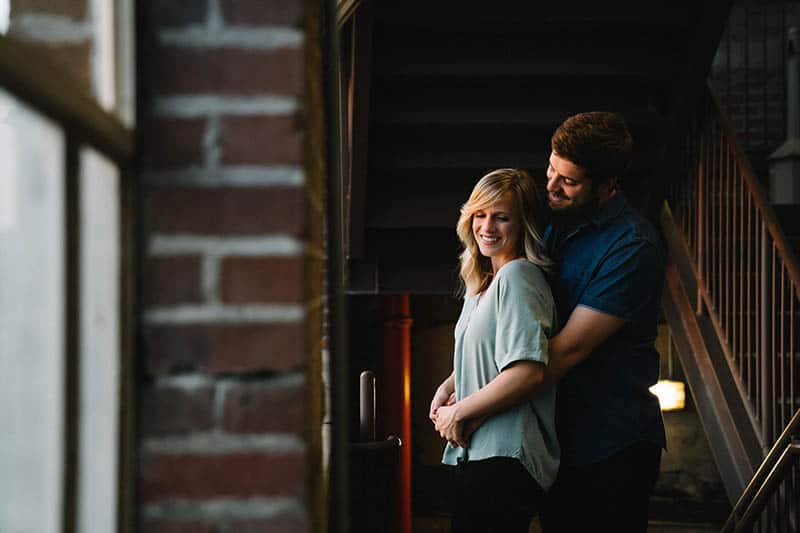 6. He makes you feel safe

He doesn’t have to physically fight someone to make you feel safe. All he needs to do is be himself. You will see by the way he talks to you and by the way he touches you that you’re are safe on physical and emotional levels.

You feel that he would never abuse you or put you in a place where you would be unsafe, because he would always take a bullet for you, if it came down to that.

Even though you’re his best friend and his companion, you’re a woman. You are the woman he fell in love with and he wants you to feel like a woman always.

He makes you feel sensual, sexy and feminine. He respects you.

8. He loves to give you gifts

This isn’t always something material like a ring or some dress you always wanted to have. It’s more on the sentimental side, like being there for you is the biggest gift he can give you, so he does.

He makes you dinner and surprises you with it, or maybe even a surprise trip he has planned for the both of you. He really does put effort into everything that has anything to do with your relationship!

9. He loves to spend time with you

He doesn’t do it because he’s obligated to, he does it because he loves to spend time with you. You might be asking yourself, “How do I know if he really does like spending time with me?”

Well, it’s actually pretty simple. He laughs with you. He smiles. He compliments you. He is fully involved in your conversations. That’s how you know it.

You might have been involved with men who broke your heart like it was nothing special; those men would lie to you about everything. But not him.

He respects you enough to tell you everything that is going on in his life. There is nothing he loves more than honesty, so he doesn’t even have anything to lie to you about.