Not talking about labels has become kind of a trend these days.

You might find yourself in the situation where you are seeing someone for months and still not know if you are exclusive or not.

That’s where assumptions kick in. You assume that if he is the only one you are seeing and you don’t need anybody else, that he feels and acts the same.

But without having “the talk”, you really don’t know if you are the only woman in his life. Don’t assume, and get to the bottom of things.

Check the signs listed below, and determine if he is keeping his options open.

Keep in mind that these signs individually don’t mean much, but if he is ticking most of the boxes, you are probably not the only woman he is dating:

Contents show
1 1. He holds back
2 2. He only texts
3 3. He uses generic terms to describe his plans
4 4. He has a habit of canceling plans last minute
5 5. He doesn’t add you on his social media accounts
6 6. He never leaves his phone unattended
7 7. He will disappear every now and then
8 8. He has too many female friends
9 9. Things aren’t adding up
10 10. Talking about commitment is something he skilfully avoids
11 11. Your gut is telling you that something’s off 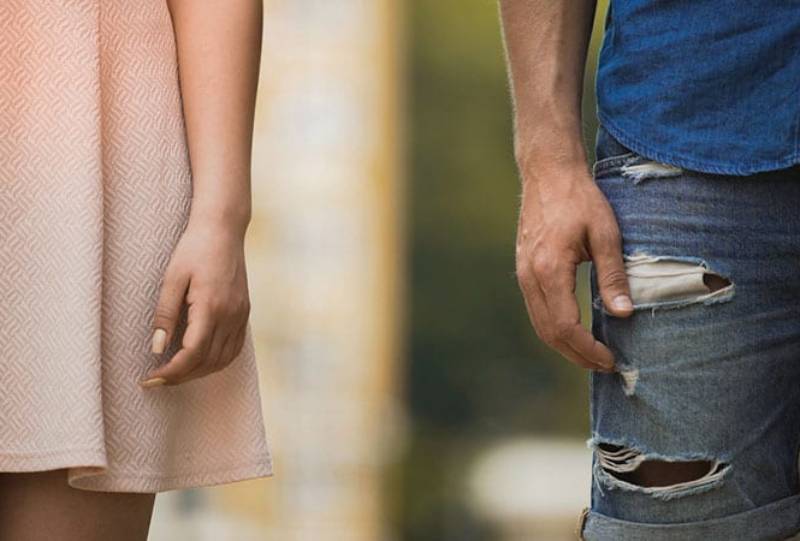 He is still keeping you at an arm’s length. He doesn’t seem too eager to open up and let you closer.

You mostly talk about you or some other topics that don’t include him or the two of you as a couple. Whatever you have, it won’t progress any further until he lets you in.

Being able to share and confide in someone is what sets a real relationship apart from dating.

If you opened up to him hoping that he will follow your lead but it has gotten you nowhere, the odds are he is not as serious about you as you want him to be. 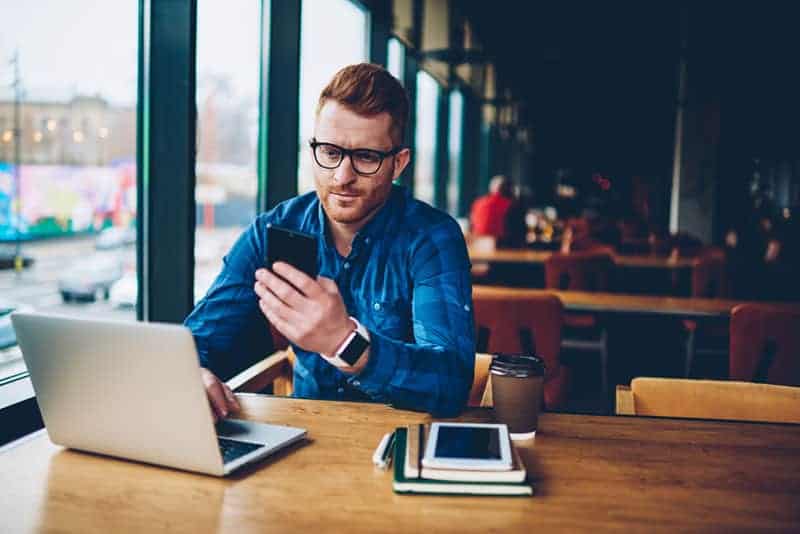 It’s easier to use texts, especially during the initial phases of dating when you are still getting to know one another.

But if this behavior continues and few texts here and there are all you get, there is something there that should cause concern on your part.

A man who cares only for you will pick up the phone and call to hear your voice or make a video call to see you from time to time.

It’s easier to bond this way and make more profound connections—that is if you want them. 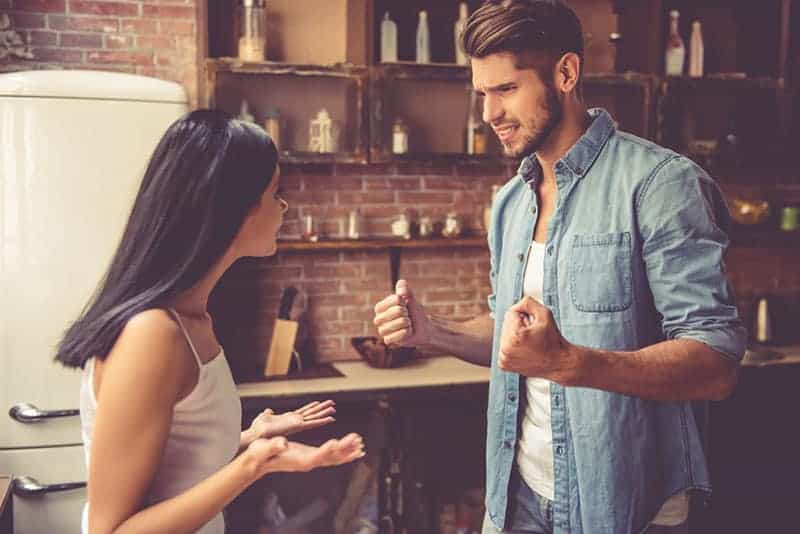 Of course, he’ll have other plans, and he won’t be glued to you 24/7. But pay attention to the way he explains his whereabouts.

More often than not, you have no clue what he is up to. He has “a family thing”, “something at work”, “some errands to run”, “something a friend needs help with”, etc.

In addition to being vague about his whereabouts, he never re-tells them later.

He never shares where he’s been, what he’s done or how it went. It makes you wonder, doesn’t it?

4. He has a habit of canceling plans last minute 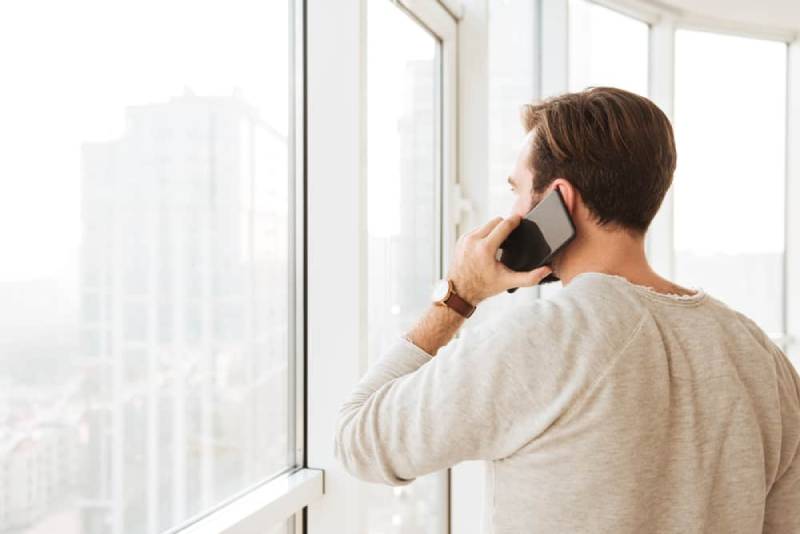 Things happen. Fife is unpredictable, and it’s only natural that plans are going to get moved or canceled sometimes. Sometimes yes, but not most of the time.

If he is juggling a few women at once, it can be pretty hard to manage his schedule. That’s why he gets lost in all of it.

Pay attention. If his other behaviors seem a bit off, there is definitely a reason to be concerned.

5. He doesn’t add you on his social media accounts 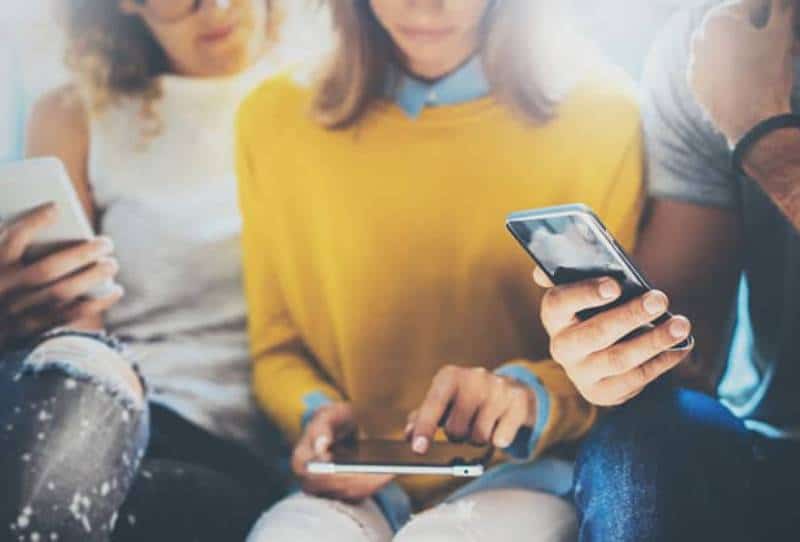 You can find out a lot about a guy if you browse through his social media accounts.

That’s why a guy who is keeping his options open will try to leave you out of it. He will come up with some great and convincing story.

He might say he usually doesn’t add people he dates, that social media complicates things and creates jealousy or something down that lane.

The odds are he is trying to sell that story to other women, too, and it’s easier to date a few people at once when they have lesser chances of finding out about one another.

6. He never leaves his phone unattended 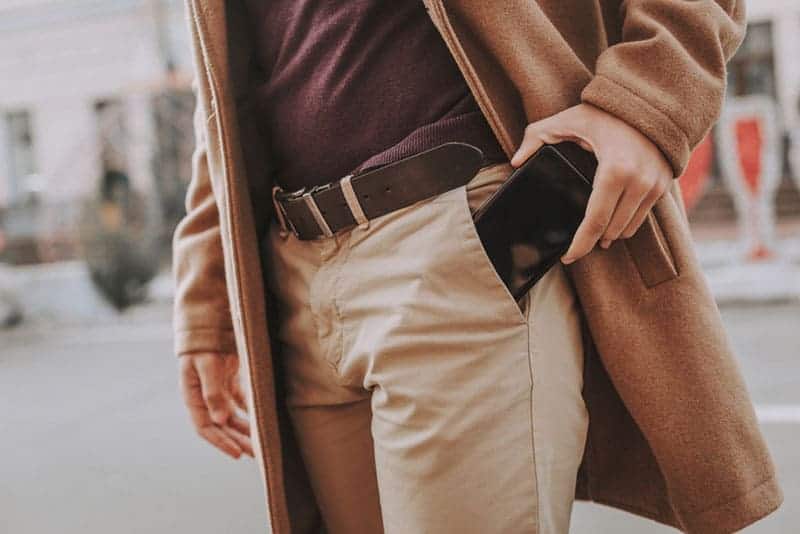 His phone has a better protection system than the Pentagon, and you wouldn’t be able to get in even if you wanted to.

Nevertheless, he has never left his phone near you and left the room.

He also never reads his texts or answers his phone around you. He doesn’t want you to see or hear anything you shouldn’t.

He’s also not too eager to give you his phone if you need to use it for some reason. A guy with nothing to hide wouldn’t act shady in these situations.

You don’t have to know how to unlock his phone, but he will have no problem leaving it around, answering calls or reading texts when you are by his side.

7. He will disappear every now and then 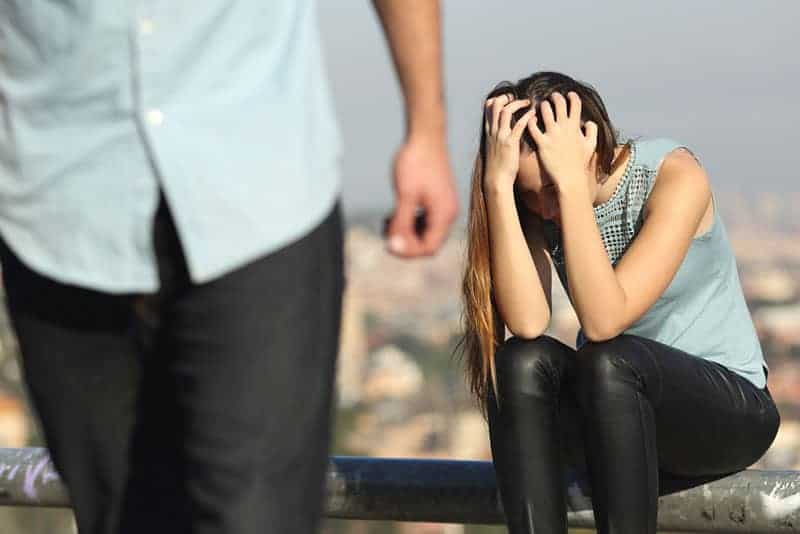 He will be super cute, attentive and all over you for a while, and then he is going to pull a disappearing act on you.

It won’t be forever. He’ll be back again, acting like nothing happened or having some lame excuse up his sleeve.

This kind of behavior is unacceptable. He is disrespecting you, stringing you along and he might even have some side chick. This alone is a good reason to dump his sorry ass.

8. He has too many female friends 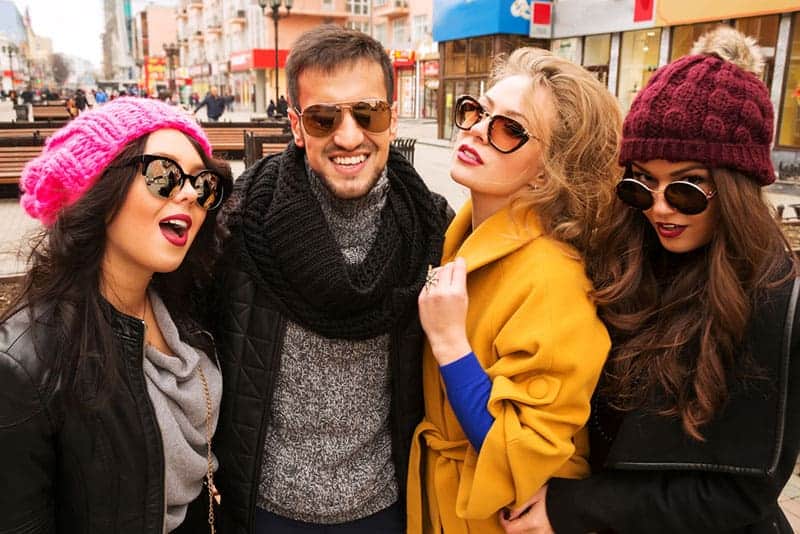 Sure, he can have a few good female friends but they are all friends you know—or at least you will get to know—when things get a bit more serious.

But if he never talks about them, that’s a red flag right there—especially if you run into them and he introduces you as one more of his many friends. It’s more than obvious that something is off. 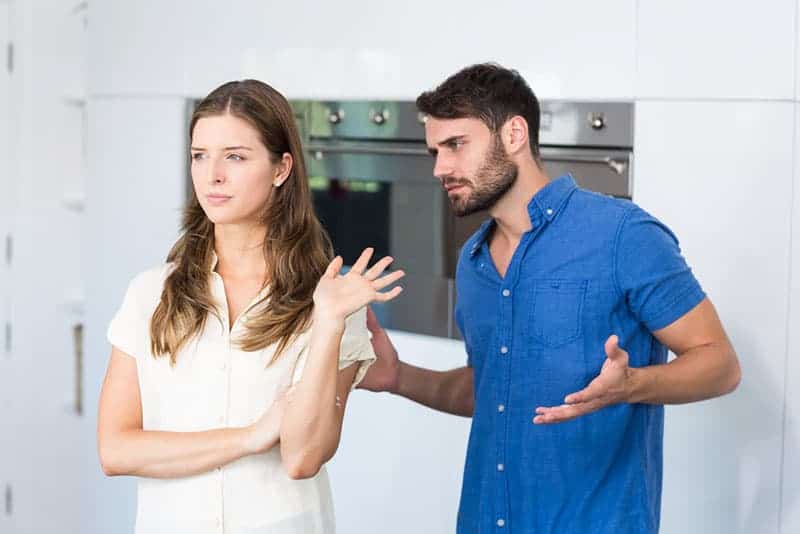 It’s just a matter of time before a man who multi-dates gets tangled up in his own web of lies.

Even if he mastered lying as one of his many skills, he is bound to slip at some point.

The first thing that will blow his cover will be that he has all these different versions of one story.

So one day he’ll talk about hanging out with his friends on Friday night, and if you ask him in a few days, he spent that same Friday night chilling at home watching movies.

10. Talking about commitment is something he skilfully avoids 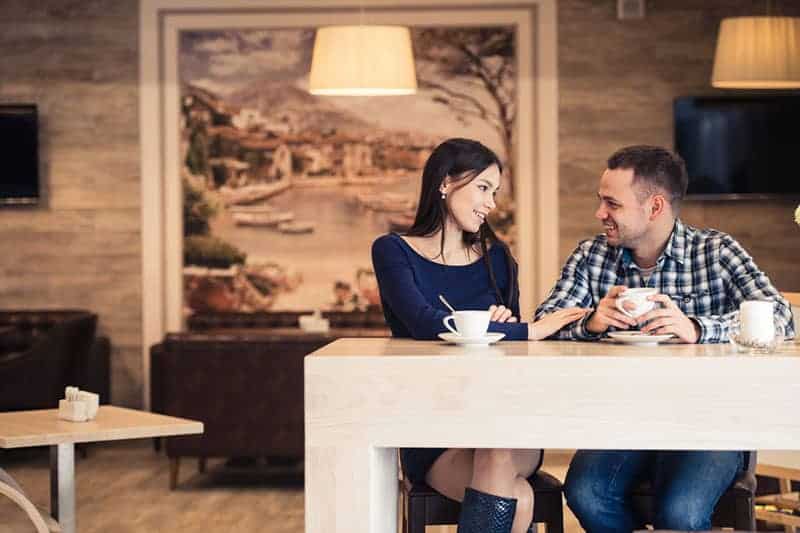 He is so good with words, and he is able to turn every situation so it benefits him.

You might have even tried to have “the talk” with him, but he somehow managed to change the topic.

He also might not say it directly, but he will mention that he is not into anything serious right now.

He has a wild nature and a free spirit. He doesn’t want to complicate things. He needs time, etc.

These indirect things are pretty direct if you look at them closely. Don’t allow him to lead you on.

11. Your gut is telling you that something’s off 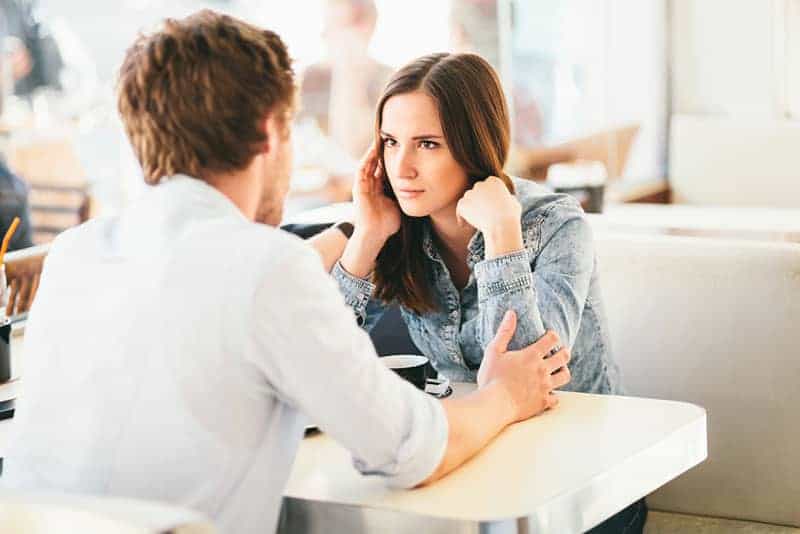 How many times have you ended up in a messy situation because you chose to ignore your gut? Way too many times, right?

Don’t do it this time. If you think that something is off, talk to him directly.

Ask him if you are the only one he is seeing and if you guys are exclusive or not. Life is too short to beat around the bush and play games.

If you are not the only woman in his life as you thought you were, it’s time to wave him goodbye. 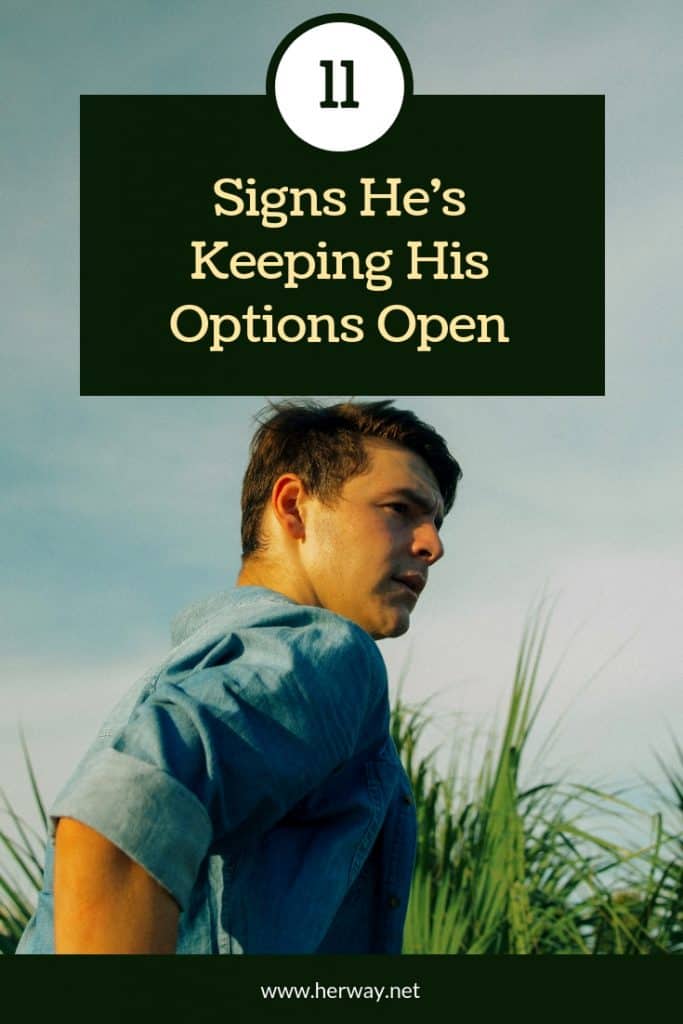 What To Respond When Someone Says They've Been Busy

[…] The other person is keeping their options open and waiting for a different offer. The best course of action is to consider them a no-show and do your thing without them. It’s not your fault they missed their chance. […]

What Are Low Key Relationships? 11 Reasons To Keep It Private

[…] they’re keeping their options open or whatever the reason, denying that they’re in a relationship with you means that they don’t […]