Manchild is a type of man that is currently plaguing society, making the term “adult men” questionable for so many reasons.

Even though grown-ass men are almost an extinct species, they still exist, and you don’t have to settle for whatever boy comes your way. In fact, you shouldn’t settle.

You shouldn’t do that injustice to yourself and if you’re going to be with a man, be with a grown-ass one.

Sometimes, it can be hard to differentiate a grown man from a manchild at first, but with time, it will become very clear who is who, and today we are here to help you with that.

Contents show
1 1. He is ambitious, is capable of motivating himself and you at the same time
2 2. He takes care of himself
3 3. He knows your value and appreciates you for you
4 4. He listens and accepts criticism
5 5. He can stay calm

1. He is ambitious, is capable of motivating himself and you at the same time

A man with no ambition is no man at all. If he’s lying on the sofa the whole day playing GTA V on his Xbox and has no intention of changing that, then he’s just a baby boy needing a babysitter.

There is nothing wrong in playing games from time to time, but that can’t be your only daily occupation. An ambitious man will always strive for his and his loved ones’ success. He will fight and work his way to the top. This doesn’t mean that a guy working at McDonald’s is immature—unless he doesn’t have a plan to change that.

His ambition and his plan to get from point A to point B will also motivate you to do better, and to succeed in whatever you’re doing. He encourages you to grow and try new activities.

He isn’t afraid he will be left in the dust and he genuinely wants the best for you.

2. He takes care of himself

If a guy is not treating his body and mind well, then how do you expect him to treat you the way you deserve?

He keeps his body and mind clean, he works out, he dresses well, cleans up after himself, does his own laundry, knows how to cook, reads books, educates himself constantly, and avoids drama—this is how a real man maintains his well-oiled machine, inside and out.

3. He knows your value and appreciates you for you 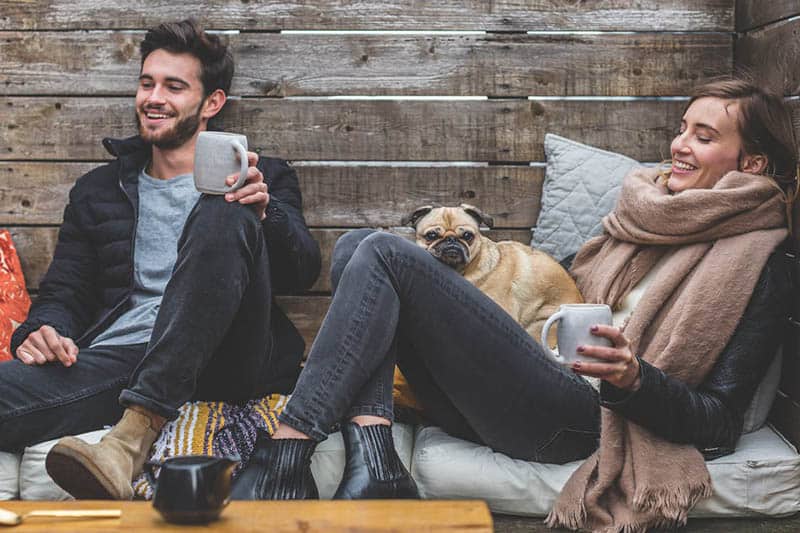 He is not only saying that he loves you—he is showing that.

To him, you are a part of his life, a part of him. When you’re not around, he feels like a part of him is missing. He accepts everything that you are, not focusing on your differences and flaws, and knows that comparing you and your unique experiences to his own isn’t very fair.

He cares about you and knows that words fall short of the emotions he feels for you. He’s not shy to show you he loves you because you are one of the most important aspects of his life.

4. He listens and accepts criticism

No one is good at everything, and everyone makes mistakes. It’s part of human nature, and if he takes reasonability for the mistakes he’s made, listens to you talking about things bothering you, and not taking constructive criticism personally, than he is a grown-ass man.

This kind of man is hard to find today. Most of the times, guys will try to point fingers or try to maneuver out of the situation, but you know that you don’t need a man like that.

Be patient, and wait for a man who understands that being wrong is part of human nature, that there is no shame in making mistakes, and that you can’t learn from your mistakes if you can’t admit you’re wrong.

If you get mad at a guy, you get angry and start yelling at him for whatever reason, and he stays calm, you’ve probably got yourself a grown-ass man. But if you get loud and he gets loud, you get a little louder and he gets a little louder—he keeps matching your emotions every time you get emotional—you know he’s too young for you.

One more example can be in a bar with him or with your friends: chances are that you’re gonna get hit on every once in awhile.

Instead of getting mad and starting to beat his chest like an angry gorilla to scare off competition, a grown man will calmly take control of the situation and make his position known.