It’s like something encrypted in a man’s DNA that every time an attractive woman passes by, they have to check her out, top to bottom. Maybe not all men but most of them behave in this way.

I understand it’s a guy thing and something it’s OK to do when you are among your male friends but when you are in the presence of your girlfriend, giving some other women the eye is disrespectful, to say the least.

However, a wandering eye means something else entirely to the male mind. They don’t see what all the fuss is about.

To them, giving a random girl who crosses their path a once-over is natural and it doesn’t diminish their feelings toward their girlfriend and it doesn’t mean they are thinking about cheating; for them it’s just a normal reaction. They often say, I’m in love but I’m not blind.”

On the other hand, women check men out too. But they do it in a more subtle way and in situations where their significant other is not present because they don’t want to be disrespectful, and because the female brain works differently.

A woman in love will be more concentrated on her partner than on anyone else around her.

So we can say that a wandering eye is one more major difference between the sexes, that is if men don’t cross the line.

In any case, it bothers women and they might need some helpful ways to deal with these kinds of situations: 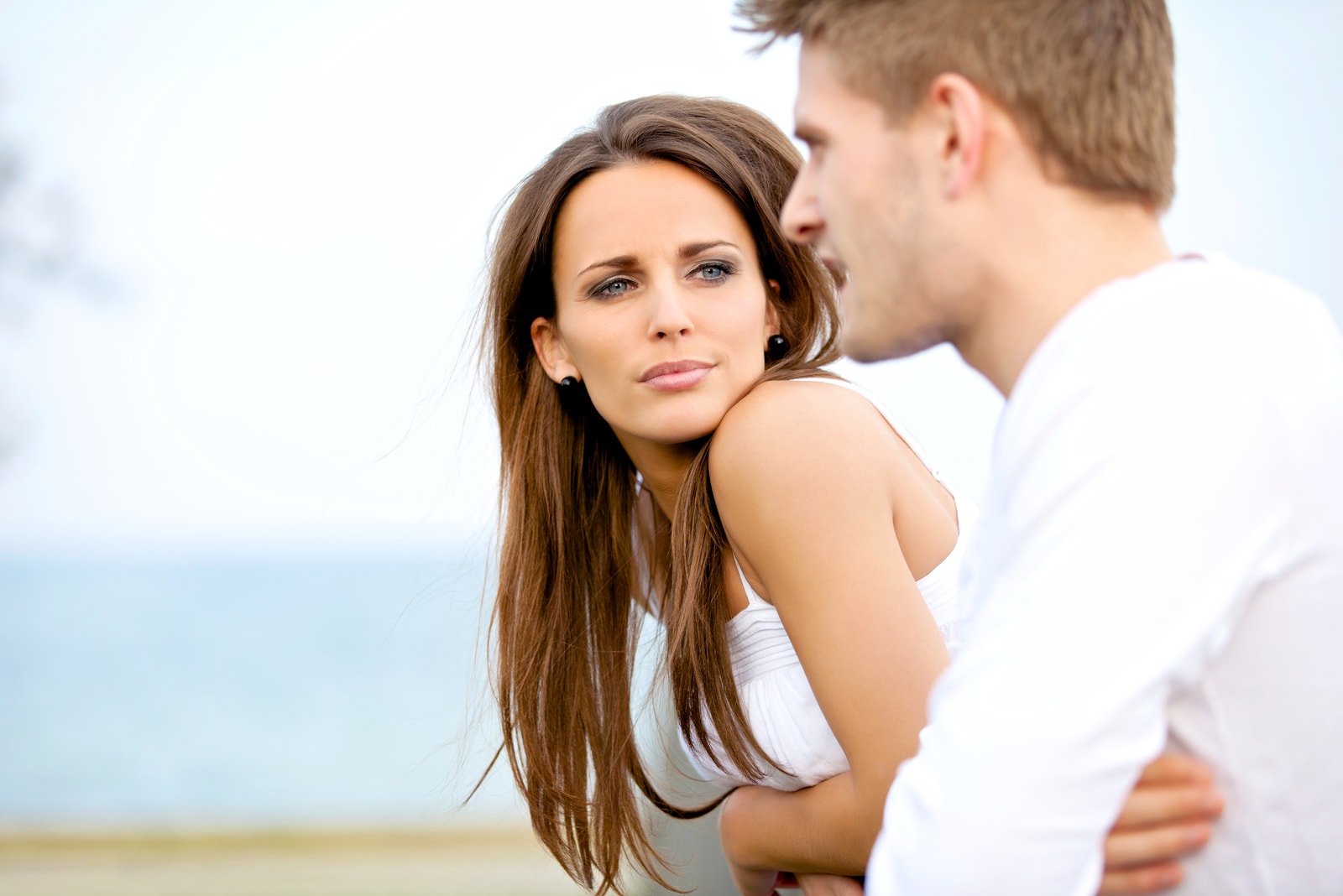 The next time he ogles other women, do the same. Follow his lead. Say something along the lines of, “Wow she looks hot,” or, “Oh my God, look at that butt! Amazing!”

Behave like he would behave and then add some more flavor to it. He won’t know what hit him. You will turn his attention to you and he will perceive you as a confident woman who is not intimidated by other women. 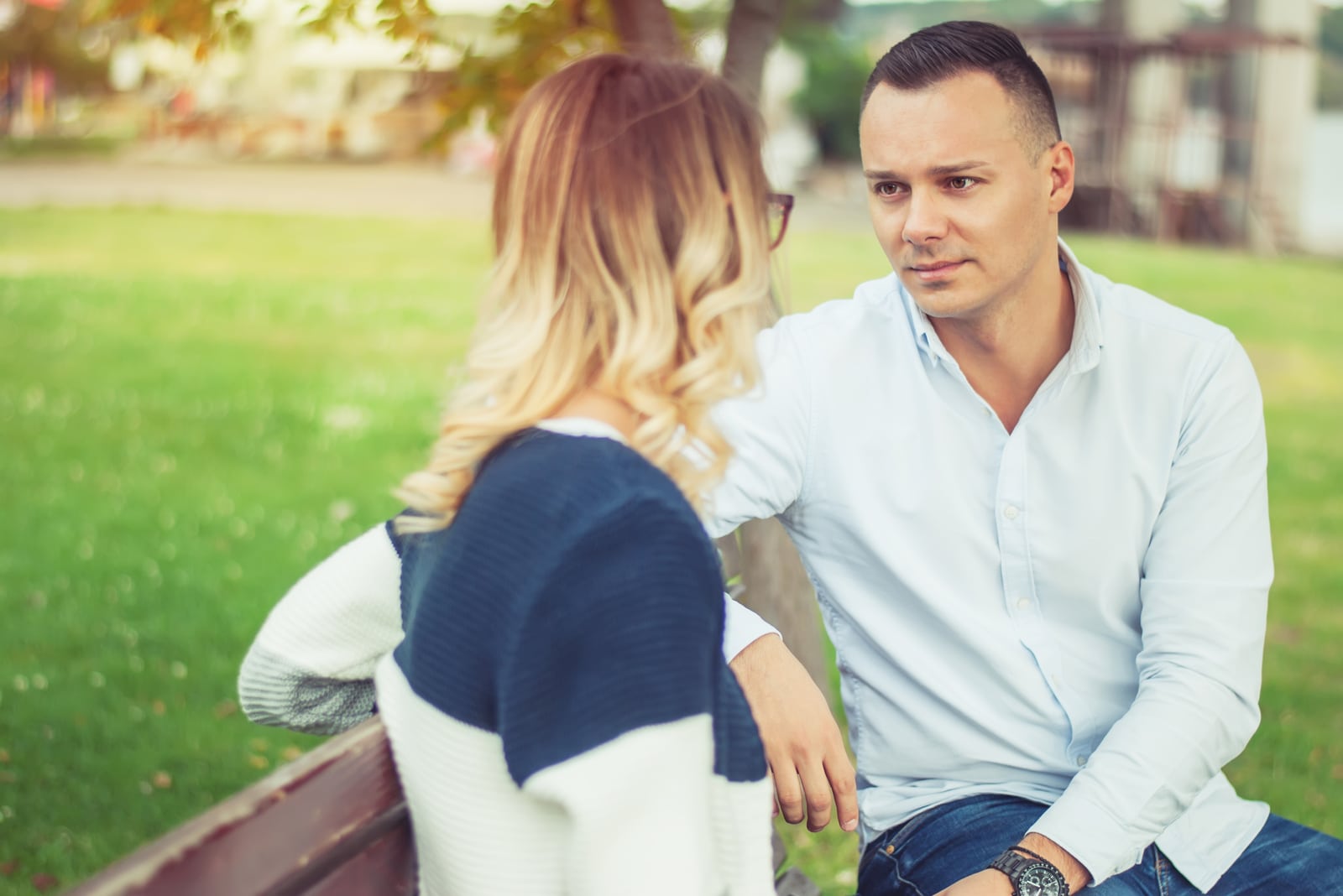 He might be trying to get a jealous reaction from you or maybe he just wants more of your attention. He might be testing you to see if you will overreact in any way. Play it cool and act like nothing happened.

If he is really just trying to provoke jealousy, he will stop when he sees it isn’t working.

Say that you are uncomfortable 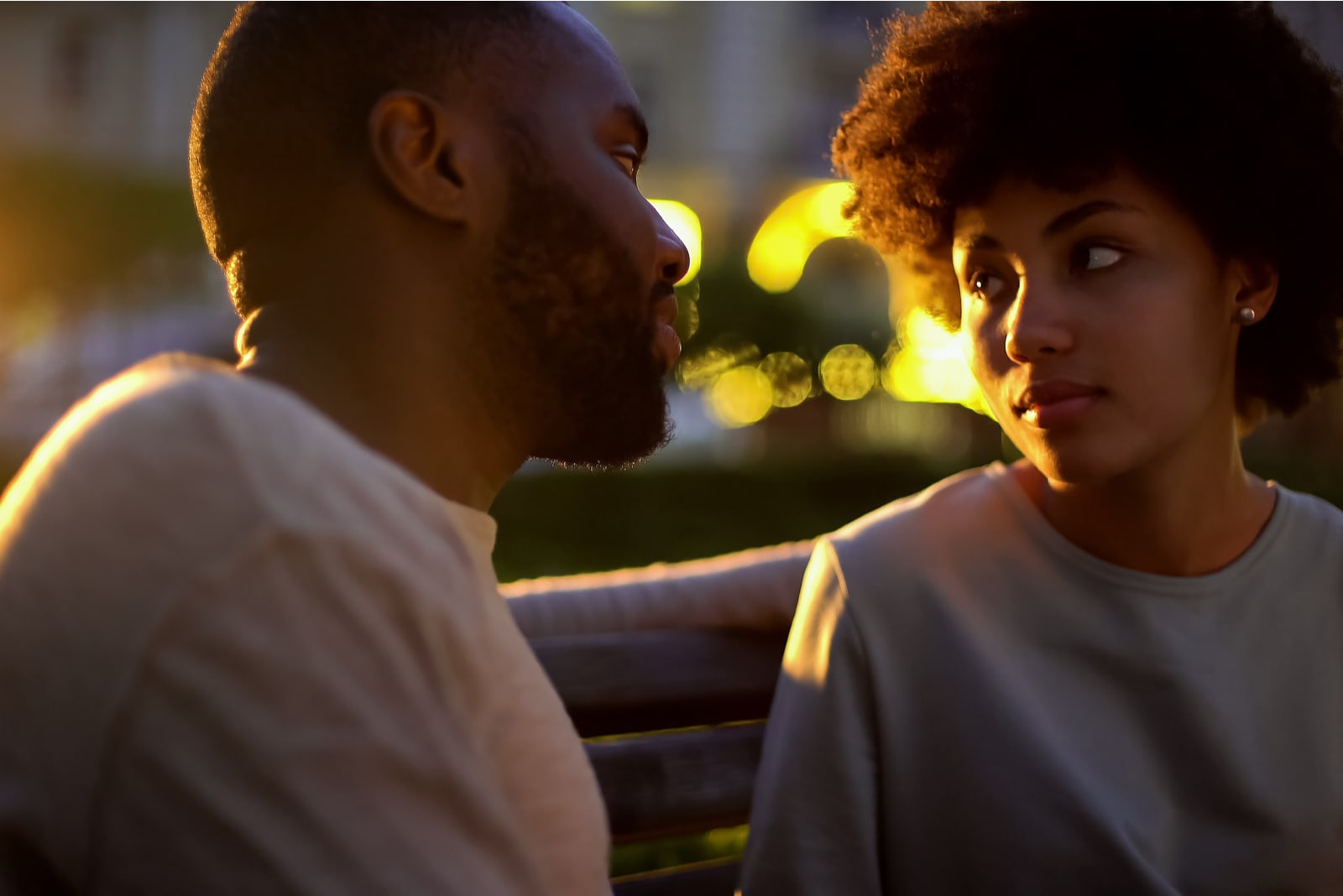 If his wandering eye is taking it too far, if it’s more than a glance and more like a stare and if you feel like he is crossing the line in any way, you have to react. Don’t start a fight that will lead you nowhere.

Calmly explain that his behavior is disrespectful and that he should put himself in your shoes. He wouldn’t be happy about you giving the once-over to some hot guy while he is right next to you, now would he?

If he continues regardless of your words, it’s best you leave. A man who doesn’t respect you or your feelings doesn’t deserve your time.

If he was unaware of his behavior or if he did it with no intention of hurting you, he will apologize and you can move on.

Maybe he needs your help to break the habit 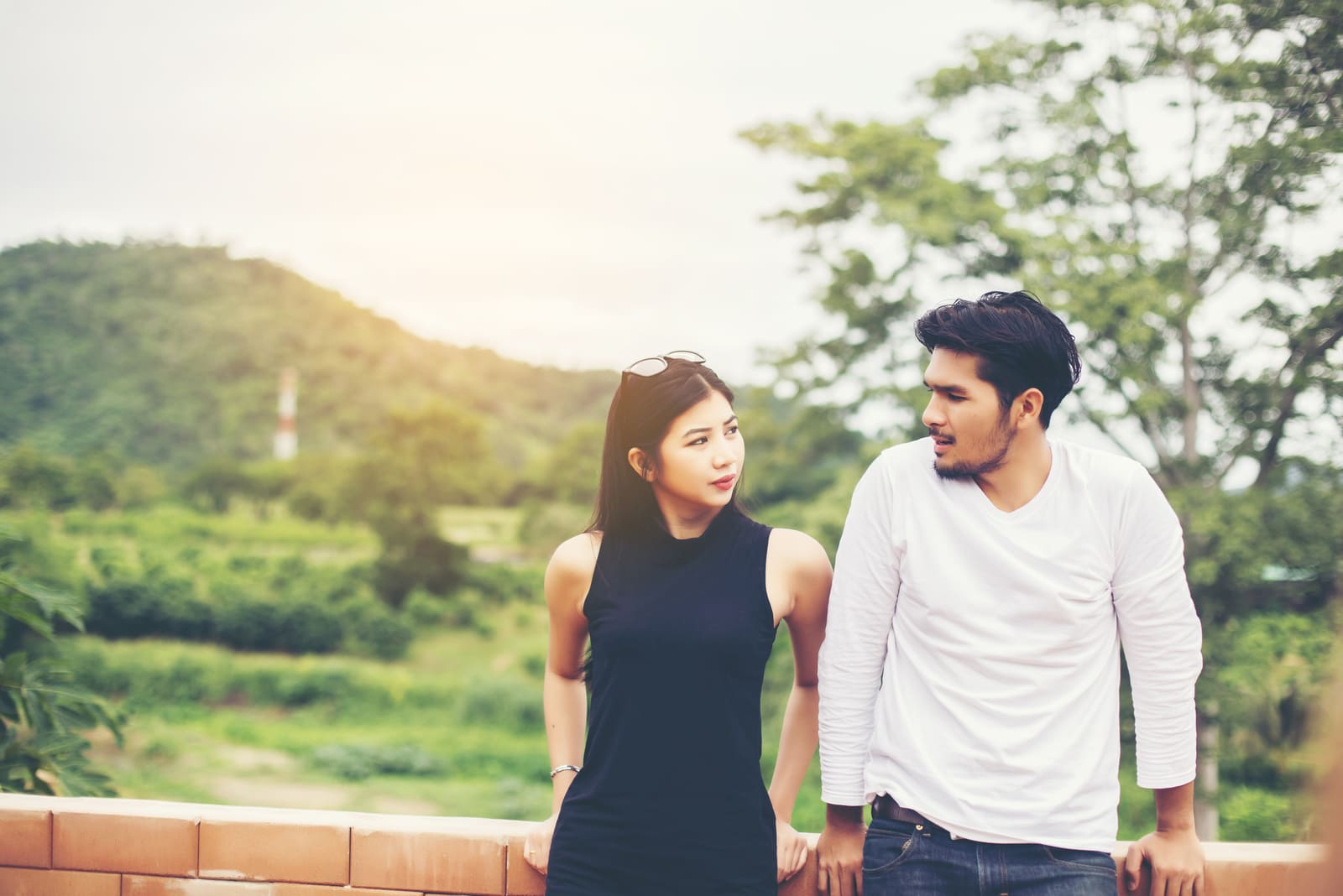 If he has a lot of male friends, they might have started doing it out of fun, so they would glance at girls as they would walk past them, and they would comment among themselves.

They probably did it to look cool or whatever and it gradually turned into a habit. Talk to him about it and see if he wants to change that, since it clearly bothers you.

Distract him with something as simple as touching his arm or running your fingers through his hair.

Try looking at it as something normal 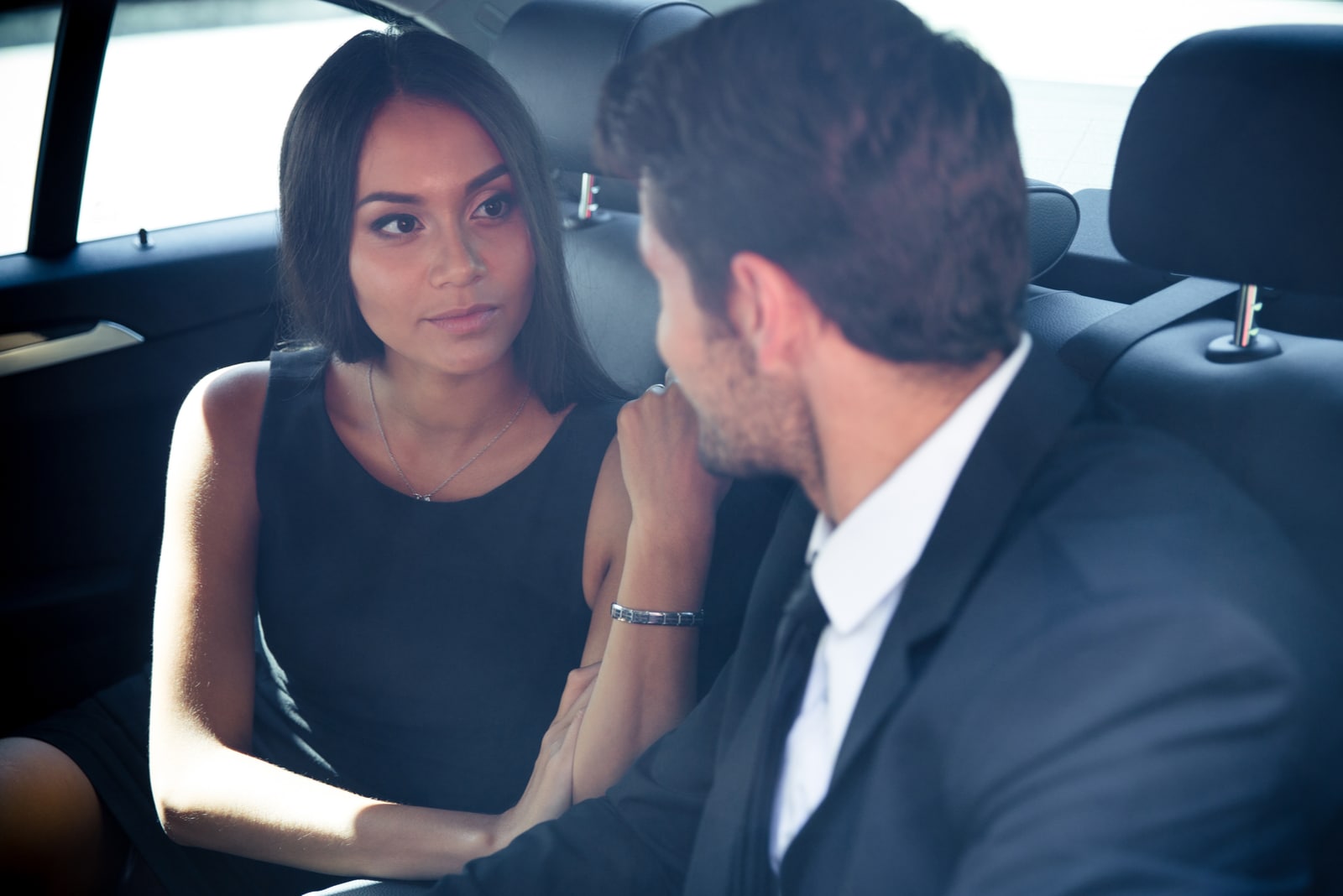 This is more about you than about him. It’s about changing the way you look at the whole situation.

If you try looking at it from his perspective, you will see it as a meaningless glance toward some unimportant, random but beautiful woman.

It’s in human nature to notice beauty around you. You also notice other men and women around you without giving it a second thought.

If his behavior isn’t exaggerated and it doesn’t cause you discomfort, try treating it as normal. 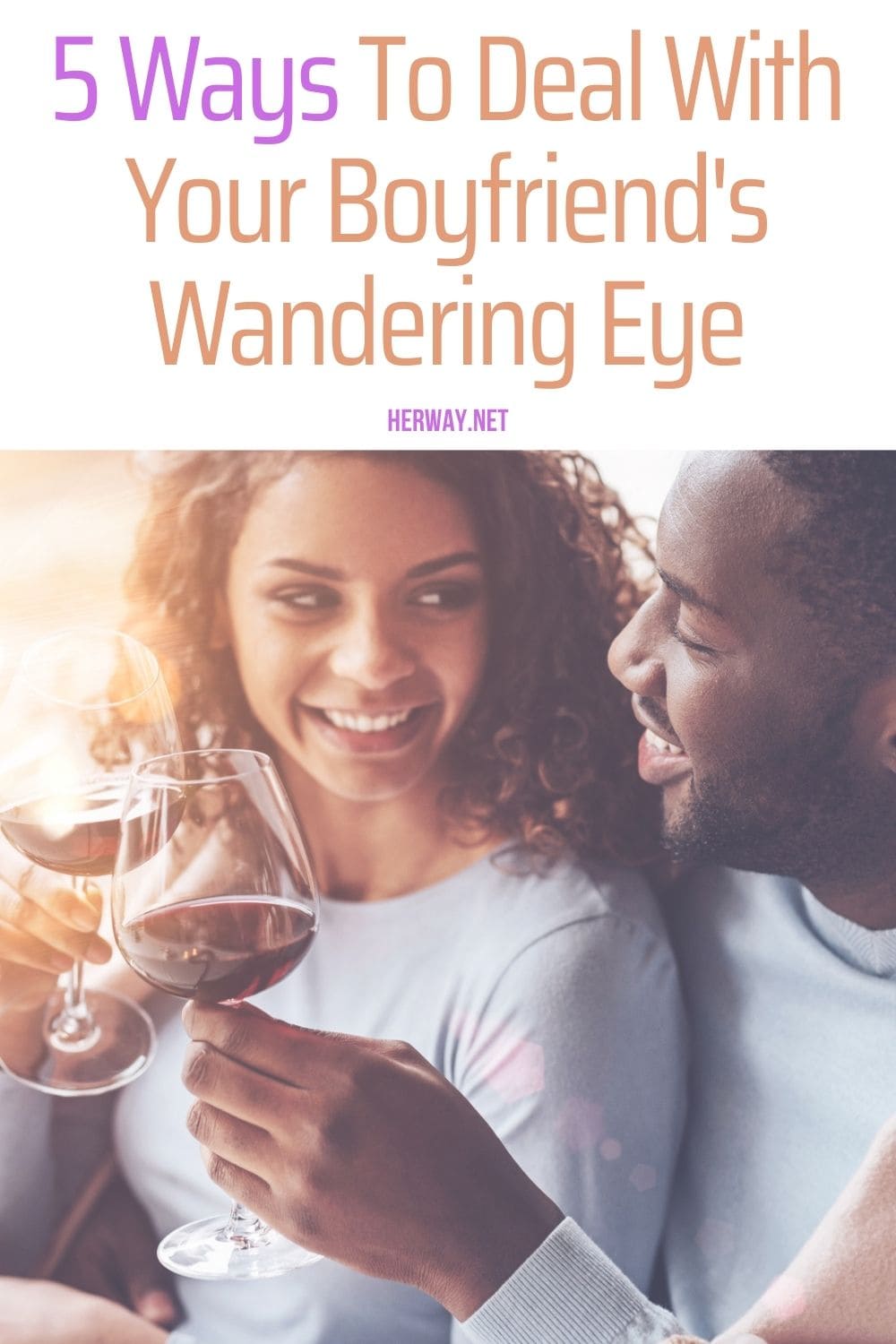