Skip to Content
Contents show
1 1. He never treated you right
2 2. He never thought you were worthy
3 3. You lost yourself while you were with him
4 4. He never wanted to improve your relationship
5 5. He would always disappoint you
6 6. He never supported you
7 7. He was selfish

1. He never treated you right

And that was one of the main reasons why you broke up with him in the first place. So, why should you be worried about moving on and leaving him?

If you weren’t happy in one relationship, do all that you can to find one that you will be happy in. Don’t be too harsh on yourself. You are only trying to find real love because we all deserve that.

2. He never thought you were worthy

If you were engaged in a relationship with a man who never thought you were worthy and who never put you first, there is nothing to worry about if you broke up with him.

That just means you finally decided to put a stop to a life with him that you hated, and instead, you want to find your happiness. Trust me, taking care of yourself is not selfish. It is totally normal, and you should try to accept that.

3. You lost yourself while you were with him

If you were trying to please your partner and totally lost yourself while being in a relationship with him, you shouldn’t feel bad for breaking up with him. That doesn’t make you weak.

It just means you were too strong for too long. And you shouldn’t feel bad about it at all. Just continue where you stopped, and be amazing like you were before you met him.

4. He never wanted to improve your relationship

If your ex always relied on you to make an effort in the relationship while he never actually worked on improving it, there is no need to be worried about breaking up with him.

A relationship is a two-way street, and both partners should work hard to make it better and better each day. But if he didn’t want to work on improving it, then you should know that it wasn’t your fault if you two broke up.

5. He would always disappoint you

Sometimes, when a man you love disappoints you, it hurts more than if he yells at you. I am not saying that yelling is good, especially in love relationships, but disappointment can leave scars on your heart. It makes you lose faith in that person and even lose faith in love.

So, if you were with someone like this and you left him, don’t think it was rude of you to do that. It just means you have finally learned to put yourself first.

6. He never supported you

Support is one of the most important things in a love relationship, and if you don’t get it, it can be really bad. You don’t know what you are doing with someone who doesn’t support what you do for a living. He doesn’t support your opinions and thinks he is always right.

Trust me, a man like that is not hubby material, and you would never be happy with him. So, don’t be sad if you broke up with someone like that. It is his loss and not yours. You deserve someone who will be okay with going the extra mile with you.

If you were a part of a relationship where you never got what you wanted, then it is no wonder you broke it. You just decided to think about yourself for a change and to leave a guy who was selfish.

You should know that you would never be happy with a man like that and that leaving him was the best thing you did for yourself. Don’t bother your head about those things, and focus more on yourself now when you are single again. Girl, you totally deserve it! 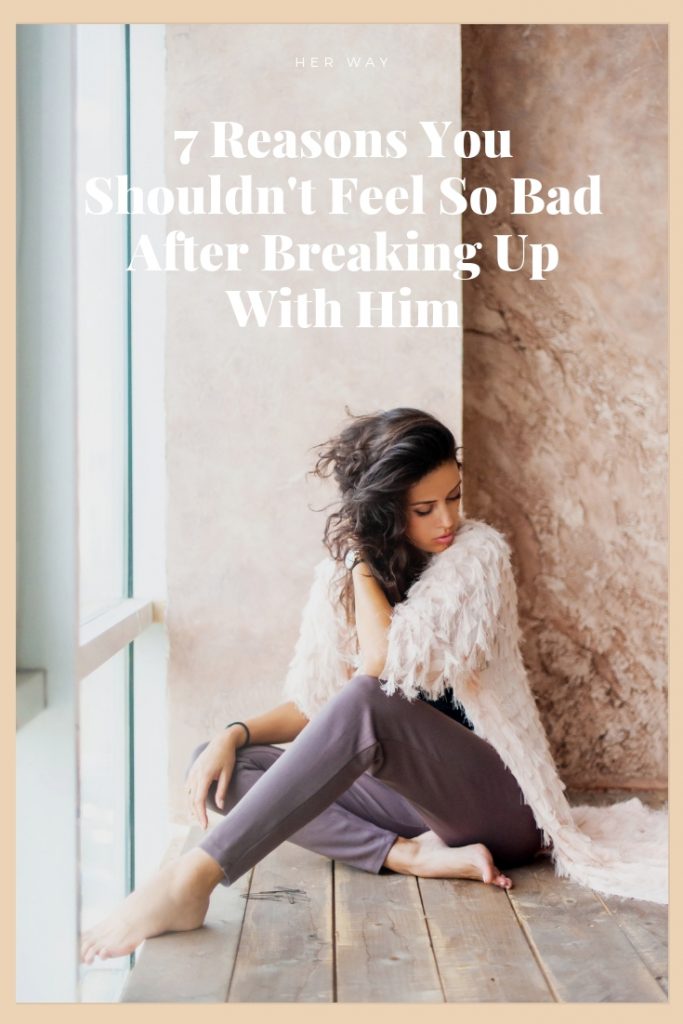