She survived multiple devastating heartbreaks. She was broken into pieces.

And every time they thought she wouldn’t make it, she’d come back ten times stronger and smarter.

Every time she thought her world was about to collapse, she’d regain strength and fight back even harder!

She is not afraid of love and that is why she’s selflessly worn her heart on her sleeve.

She is brave like a true warrior who doesn’t stop even when they rip her heart out.

She went through hell and learned some valuable lessons that have turned her into the woman that she is today!

She’s become a badass, strong woman who doesn’t beg, force, or chase any longer.  Instead, she just walks away!

She’s become a woman who’s not afraid to express her opinions and stand up for herself. 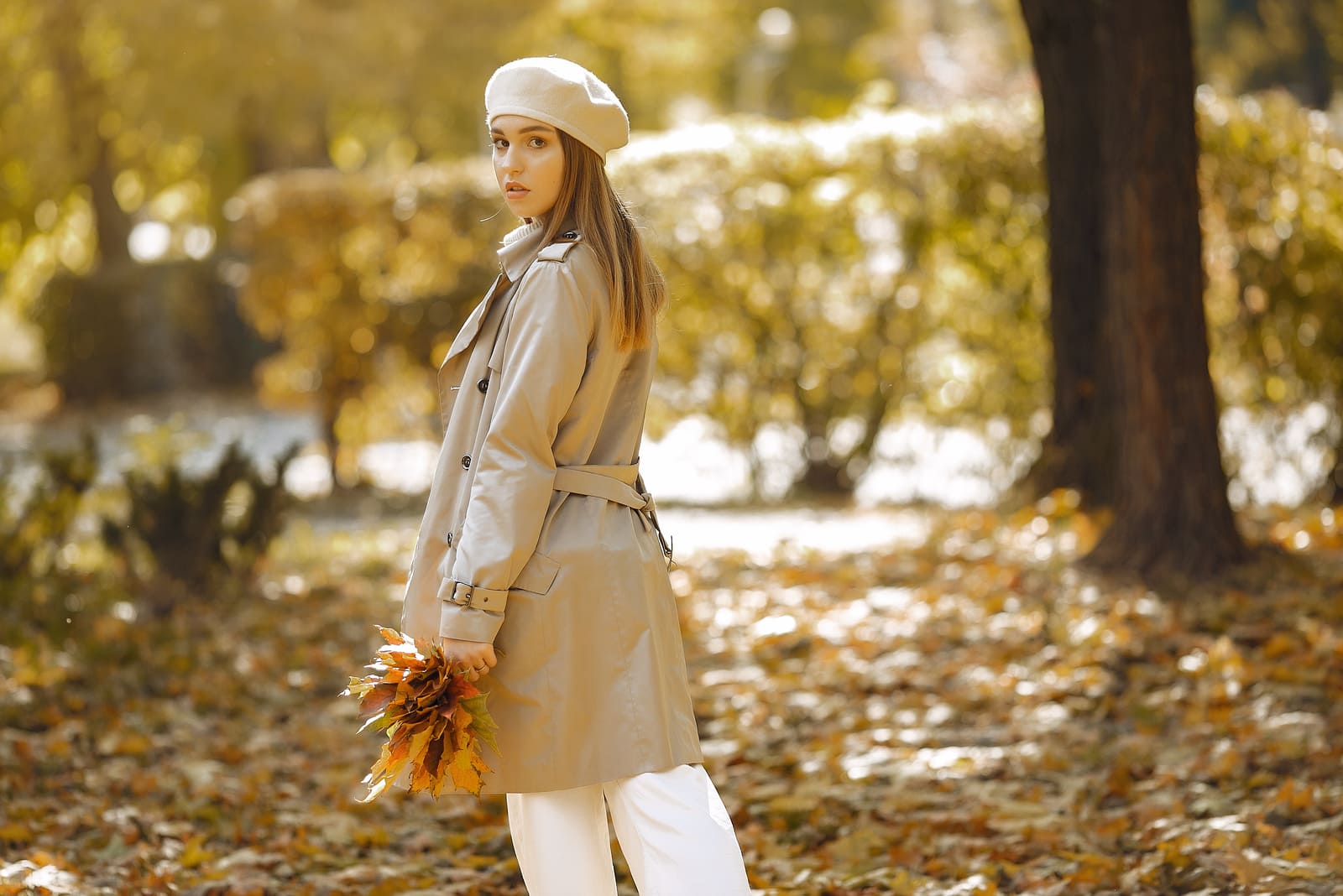 And that’s exactly what a strong woman does!

A strong woman never begs for attention or love; she just walks away if she sees that they are taking her for granted.

She doesn’t waste her time on waiting for others to change because she has other more important things to do in her life and if they are not interested in being a part of it, she just walks away.

A strong woman never forces anyone to be in her life. They either want to be a part of it or they don’t.

There’s no grey area here. A strong woman doesn’t chase, she lets others pursue her!

A strong woman knows that it’s a man’s job to pursue and she never – not even for a second – thinks about chasing them.

Instead, she enjoys her life and lets others pursue her. And if they prove to be worthy of consideration, then she gives them a chance to win her.

A strong woman never jumps on one nice word from a guy. 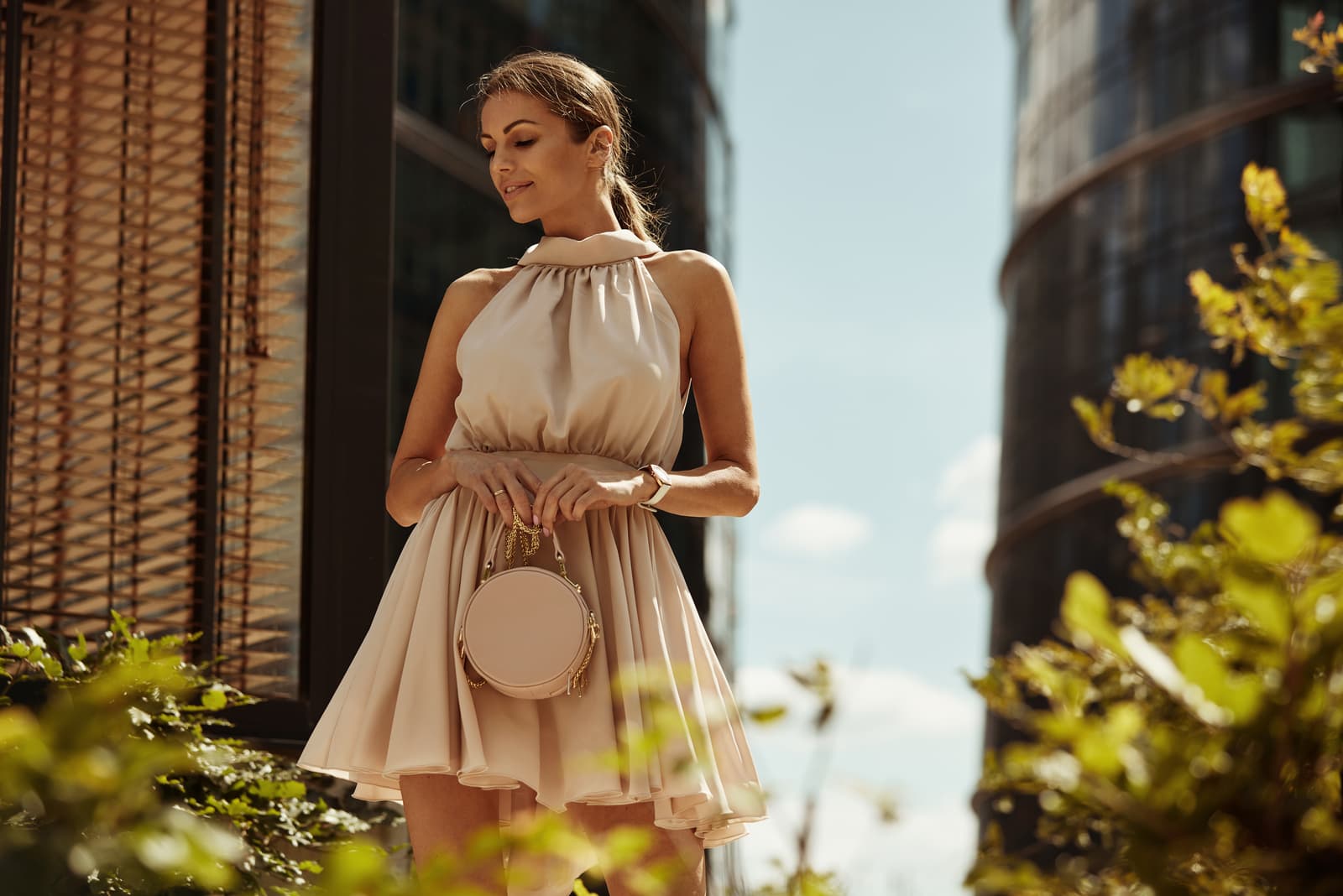 She is not impressed that easily because the past has taught her that real men love you with the realest of actions and not the flakiest of words.

So, if you don’t SHOW her that you really want her, a strong woman will not bother wasting her time on you!

She’s done with all those games of hot and cold, playing hard to get, manipulation, and lying – a strong woman doesn’t tolerate any of it.

You’re either willing to make an effort to pursue her like a real man does or you shouldn’t even try, because a strong woman will NEVER waste a second of her precious time on waiting for you!

She knows what she wants, she knows her worth, and she doesn’t give a damn about those immature boys who get intimidated by women like her!

A strong woman is not afraid to speak her mind and tell them what she really wants, and how and when she wants it.

She knows that she’s the captain of her own ship, the master of her own happiness, and the only one who can protect her heart.

She knows her worth and she’ll never let others instill their toxic thoughts into her mind, try to manipulate her, and take her for granted. 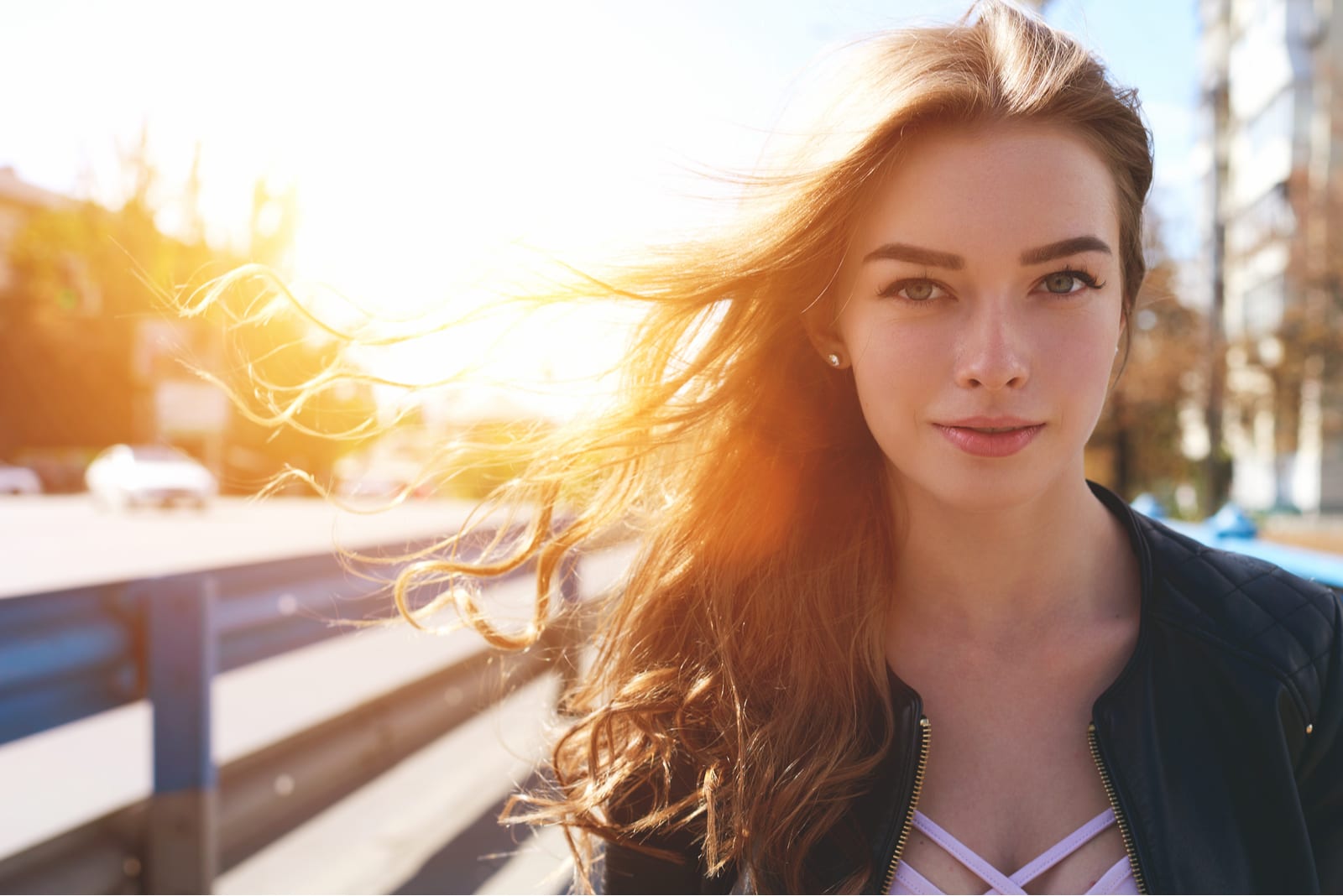 If she senses someone like that near her, she just walks away. She doesn’t explain herself, let alone find excuses for their behavior.

She just walks away and never looks back because her heart is number one priority to her.

And if you get intimidated by her, know that she doesn’t give a damn about it because she knows that only real men are not afraid of women like her.

A strong woman knows that it takes a real man to pursue and succeed in winning a woman like her!

A strong woman never changes for anyone – she knows that the right guy for her will appreciate her strong nature!

She knows that there is a right guy for her who will appreciate her strong, unapologetic nature.

She knows that only guys who are confident enough and know what they want will not be afraid of the challenge to win her over.

And a strong woman is definitely not easy to win because she requires more effort. She has standards, beliefs, and sometimes she’s a little stubborn too. 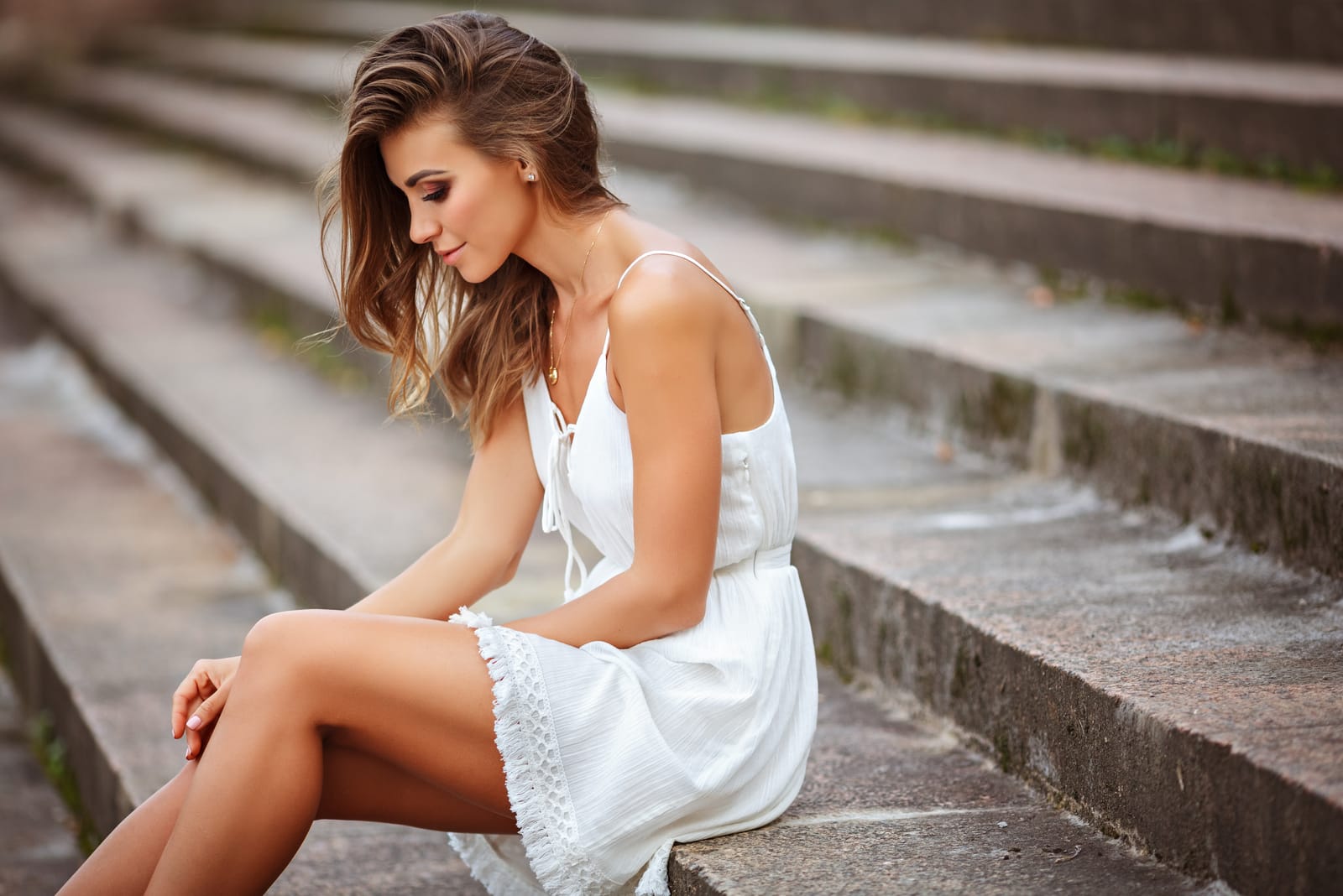 But, when she loves, she loves with her whole heart and an open mind.

A strong woman either loves selflessly and unconditionally or doesn’t love at all!

It is really hard to reach a strong woman’s heart; there are thousands of barriers that need to be overcome first.

But, once she decides to open her heart, selfless, unconditional love will start pouring like a mature wine that has been waiting for the moment to be finally tasted.

A strong woman either loves hard or doesn’t love at all. She either decides to open her heart or she just walks away.

She doesn’t beg, force, or chase. She takes love seriously and that’s why she doesn’t have time for games.

So, you either respect her strong nature, appreciate her, and love her the way she deserves or you never see her!

You either win her trust or you die trying, because when she decides to walk away, nothing and no one will stop her!

See also: A Strong Woman Doesn’t Have An ‘Attitude’, She Has Standards 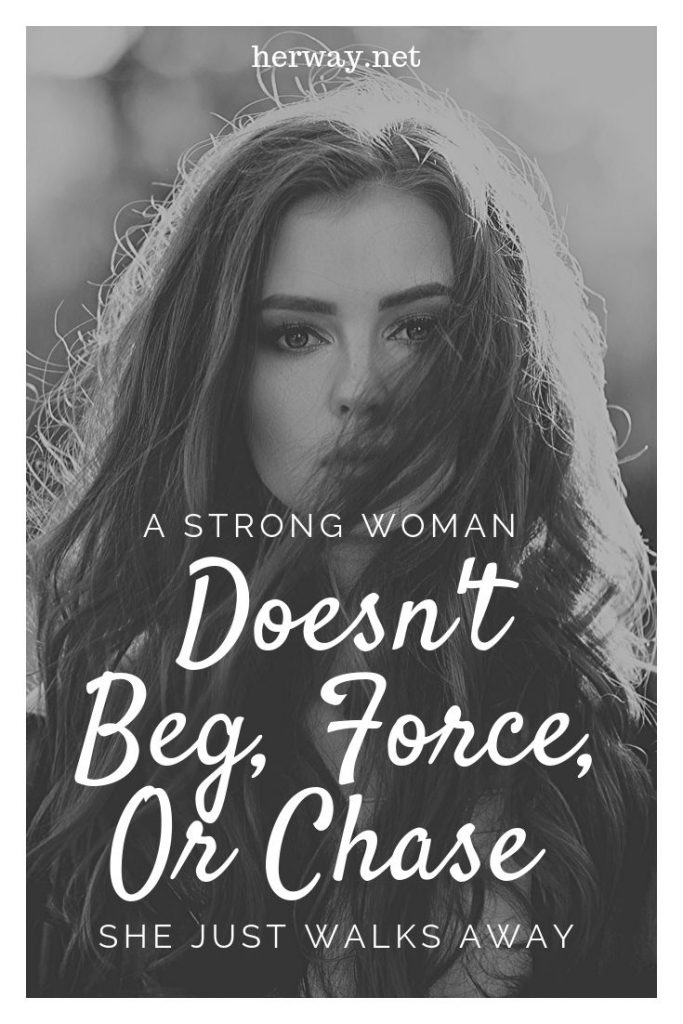