If you can’t see what I see, what the fuck am I doing here? I don’t want to train you. You’re not a puppy, you’re a… I want to say ‘man’—you look like a man, you smell like a man, and God help me you feel like a man but you, I’m afraid, are still just a boy putting on a big man’s suit and tie.

A man knows what he wants. A man treats a woman like a queen. A man can settle down with a woman because he knows what’s good, and he wants that. A man will not make you question your position in his life because he wants you to be there and is not afraid to show that by making room for you both physically and emotionally. A man will see that a woman takes care of him and then he will turn around and take care of her because he wants to. 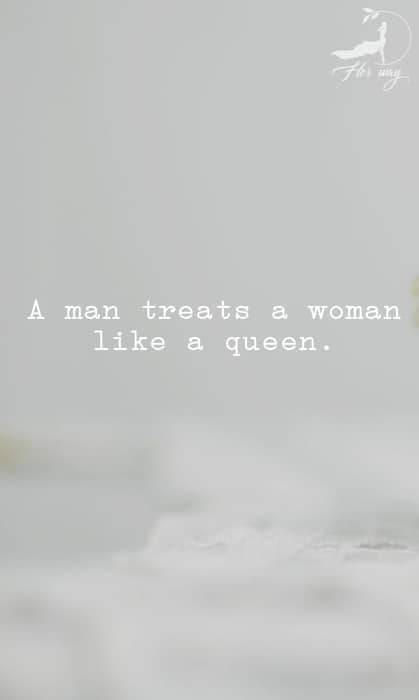 This business where I am constantly pushing you up, encouraging you and believing that you can be better… it’s fucking exhausting. And really, what are you doing for me? Besides something I can get anywhere…

You see how I would do anything for you and all that inspires in you is a desire to see how far you can push that. To see how much I really will do for you. I’m sitting here trying to figure out if I fell and bumped my Goddamn head. It’s like a light went on in a dark room for only a minute, but the memory of what I saw still lingers. And I saw you. For just a brief moment. I saw you. I saw what you were carefully hiding. I saw a callousness in you that I can’t unsee.

All this time, I believed that you were capable of being more, but you don’t want to be more. You are happy with your life and yourself just the way you are. That’s the part I’ve been missing this whole time. You are so perfect in every way; you have so much going for you… if you would just stop with the… and the… and there it is. All this fucking time I’ve been falling in love with who I believe you could be and for that brief moment when I really saw you, I realized that was my mistake.

When someone tells you who they are, believe them. Don’t expect more from them than they are willing or capable of giving. You told me what to expect from you, but then you made me believe there was a potential for more. One day. If I played my cards right. So I played the hand you dealt me, like a pro on the circuit. I called your bluff and made myself the best damn girlfriend you never had. But it’s all about the game to you. It doesn’t matter who wins or loses… you just want to play. I’m too damn old, and too damn fly for that shit. I’mma fold this hand, cut my losses and and find someone who can play at the big boy table.

I can’t be in love with your potential. I can’t be in love with who I think you could be. If I am going to continue in this with you… I have to accept you as you are and quite frankly, I don’t like what that says about me if I do. I deserve to be with the kind of man I know you could be, but until you grow into him, I need to find a man who’s realized his own potential. 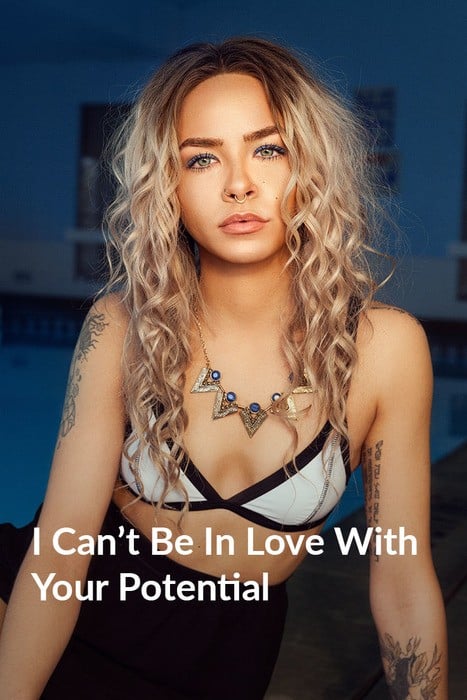