Aries is someone who will screw you over and won’t regret it at all. He will do that if he feels intimidated by you. When he fights he will do anything to win a fight.

During the fight, he will yell and call you names and he will think his reaction is normal. I guess you won’t put up with his shit for a long time and that you will pack your bags and leave him when he makes the first drama scene to you.

A Taurus man will blame you for all the problems he has. You will be the guilty one for the things you did but for the ones you didn’t do as well.

He often plays victim so he will leave you after every fight to organize his thoughts not thinking about your feelings and your needs. He can even be pretty violent so if I were in your place, I would run as fast as I can.

A Gemini man will think quick and he will find good reasons to blame you for every fight you two have. He is pretty selfish and he can even look at you while you are crying and he won’t try to comfort you.

He doesn’t think he can be guilty for anything so fighting with him can be pretty exhausting. I would suggest you to give up on him because if he doesn’t treat you well now, you can just imagine how he will act when you get married. 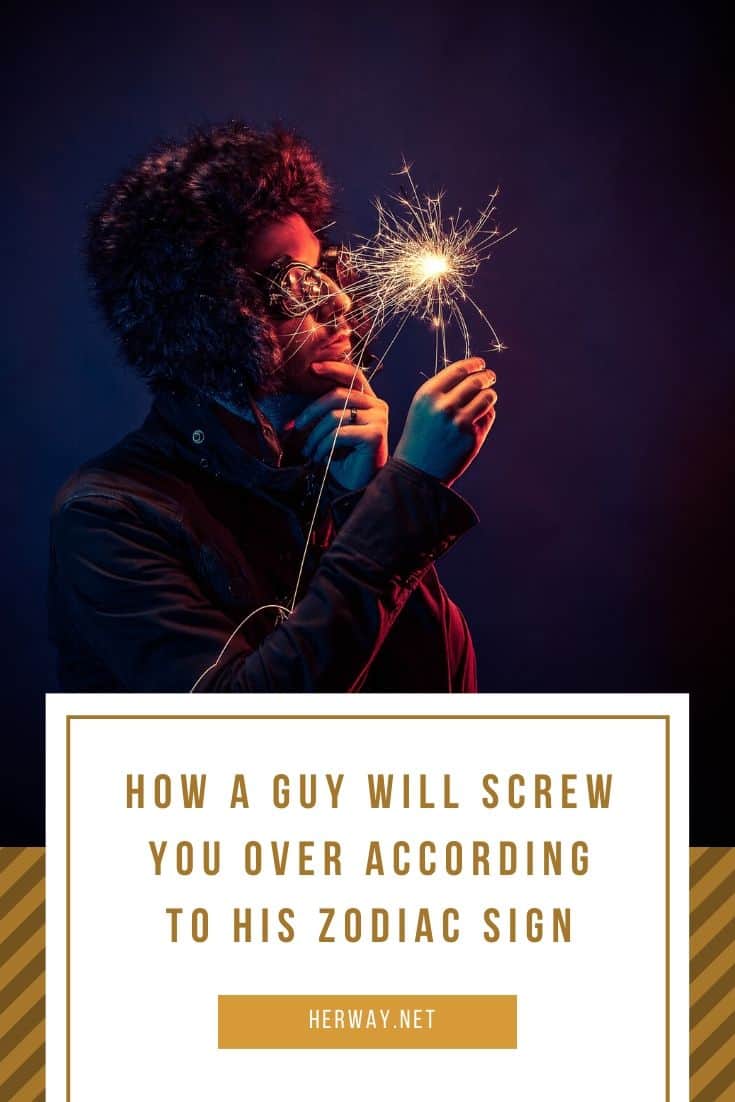 When a Cancer man fights, he will use all means necessary to show you he is right. He won’t listen to your excuses and your reasons but he will just believe in what he has to say.

He is someone who doesn’t give a damn about your needs so staying with him can sometimes be a mission impossible. If this guy doesn’t try to work things out, you know what your next step should be.

The king of the jungle loves to fight and proving himself right. He might tell you that he agrees with you but he will stick to his rules in the end.

He will probably cheat on you and later blame you for it. He can say that you didn’t pay attention to him and that you are an ice queen who doesn’t see what his needs are.

A Virgo man is a real fuckboy.

He has a picture of an ideal girlfriend and he will try to mold you in someone like that.

When fighting, he will use all means necessary to win since that is a huge ego boost to him. He simply can’t stand that you win in every fight. He can be pretty rude and hurt you in the ways you thought he never would. It just takes some time to see his real face. Now it is up to you if you will put up with his shit or just give up on him.

A Libra man seems like a good guy but once you get to know him better, you won’t be so sure you want to stay with him for the rest of your life. He can be all sweet and naive but he knows what is good for him. He will ask you do things for him that he will never do for you.

He likes to flirt and cheating is something normal to him. Even if he tries to be faithful, he won’t be able to keep his dick in his pants for a long time!

A Scorpio man is a real control freak. He will try to convince you that you don’t need anyone except him, isolating you from your friends and family.

He will get to know you very good so he can hurt you where it hurts the most when he feels is the right time. He is vengeful and likes to have everything under control. If you don’t agree with his opinion, he will transform into a beast you don’t want to get to know.

A Sag is someone who wants to be represented as the best version of himself. If you tell another man that he is amazing, your Sag will make you regret it. He will abuse you emotionally and he won’t feel bad about that.

If you are telling him something he doesn’t want to hear he will just ignore you and distance himself. He is a control freak and everything needs to be done by his rules.

This man will tell you all you want to hear so he could take advantage of you later. And once he gets what he needs, he will just leave you and find another hot chick. He isn’t faithful and he doesn’t believe in real love. That is why his relationships are not successful.

He won’t connect with you emotionally and the only thing that will be important to him is sex. Enough said!

He is someone who will never put a label on your relationship because his freedom is the most important to him.

He always gets what he needs and he is capable of making you believe in things you don’t like. He will lie and manipulate you and he won’t regret it a bit. In fact, he is just a fuckboy who wants to lead you on, if you allow him of course.

And last but not least — a Pisces man!  The worst thing about him is that he lives in his own world and forgets that it takes two to tango! Dump him unless you want to spend the rest of your life comforting him while totally forgetting about your dreams and goals.

See also: The Kind Of Fuckboy He Will Be According To His Zodiac Sign

What absolute rubbish. Such an unbalanced piece of journalism I'm shocked the editor approved it.