When you think of this man, you feel all sorts of negative emotions.

At the same time, you are sad that you lost him, nostalgic about your past together, angry at him for breaking your heart, angry at yourself for letting him do so, disappointed for trusting the wrong person…

At the same time, you miss him and hate his guts. There are some days when revenge is the only thing on your mind and others when you just want to forget that this toxic man ever existed or was a part of your life.

Let’s face it—after everything you’ve been through next to him and everything he’s done to you, feeling all of this is completely normal.

However, I’m here to tell you to be grateful, instead of resentful.

Yes, you heard it right. This might sound like a load of crap to you but you really should be thankful for everything this asshole put you through.

First and foremost, be thankful to faith which sent him into your life because he definitely had a purpose.

A purpose to teach you some valuable life lessons, and a purpose to reshape you into the woman you were supposed to become. 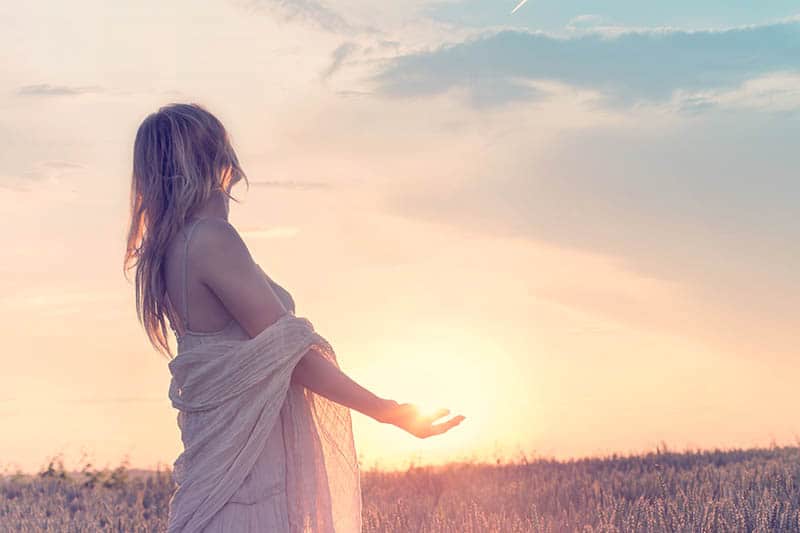 I know that now you’re probably wondering, in shock, why you should be thankful to someone who crushed you, emotionally destroyed you and damaged you to this point.

Well, the truth is that without intending to so, this manipulative and awful man helped you become the woman you’re today.

Yes, he might have killed the innocent, vulnerable girl you used to be before he walked into your life. He erased that hopeless romantic who believed in people and in happily-ever-afters.

And that is a sin he can never be forgiven for.

However, at the same time, he helped the woman you are now to be born . He helped you see all of your potential, and he helped you rebuild yourself.

If this guy hadn’t put you through misery, you would have never evolved into the strong, independent woman you are today .

You would have never seen everything you can do, and you’d never have grown into the badass, tough heroine of your own life.

If this guy hadn’t abandoned you, you would have never discovered who your real friends were .

You would have never known who were the people you could always count on and the onex who would never leave your side when you need them the most.

If he hadn’t walked away from you, you would have never realized that you could make it on your own .

You wouldn’t have known that you don’t need a man in order to feel good about yourself and that you’re the maker of your own happiness.

If this guy hadn’t treated you the way he did, you would have never appreciated other men who are different than him .

You would have never had the chance to see what the things you should never settle for are, and you wouldn’t have known how a relationship shouldn’t look like.

You would have never met the man of your dreams—the one who will give you everything you need without even knowing it and who will treat you the way you deserve from day one.

If he hadn’t spent years making you feel like you’re not meant to be loved and as if you don’t deserve anyone better, this spite that keeps you moving would have never woken up inside of you .

You wouldn’t have started loving yourself so much, and you wouldn’t know how to appreciate honest love when you get it.

If this guy hadn’t broken your heart, you would have never fixed it. And let’s face it — now it’s better and stronger than it ever was.