1. He will never make you question his loyalty

If a man you are with is flirting with another woman, provoking your jealousy on purpose, hiding his phone every time a message lights up his screen or shows any other sign that he even considers cheating, you shouldn’t waste your time.

A relationship can’t function without trust.

A keeper will make sure you know that for him, you are the only woman on Earth. He won’t engage in immature game playing and flirtations. He won’t run from commitment or in any way show you that he is unsure about his feelings.

2. He will never make you chase him

You won’t have to beg him to make time for you. If he is the one for you, he will do all those things without thinking about them.

He will always find a way to show you that you are on his mind. He will call, text and show up when he is supposed to. He will meet you halfway and match your efforts.

All the running you will do will be towards him not after him and that will make all the difference.

3. He won’t freeze every time you start talking about the future

That guy who starts mumbling and changes the topic every time your future plans come up is simply not ready for a more serious and committed relationship.

It doesn’t have to be something as serious as moving in together, having kids and getting married, especially early on.

However, he should at least plan his vacation with you or going to some event a few months or a year from now. It means that even on a subconscious level, he can’t imagine his future without you.

Those little things are what separate a keeper from someone who is stringing you along.

4. He will never judge you

He will listen to understand and not to answer. He respects your past and your present. He would never air your dirty laundry to hurt you or provoke your insecurities.

He would much rather do all he can to show you how amazing you are, how we all have our flaws and that there is nothing wrong with them.

A keeper will welcome your strengths and handle your flaws because he is well aware that you will have to deal with his, too. He knows he is not perfect and he won’t put that kind of pressure on you.

5. He will never make promises he can’t keep

Consistency will be one of his most valuable traits. He will want to show you that he can be trusted and that he is a man you can build with. He will never cancel your plans last minute if there is no higher power to stop him.

He will not say one thing today and take it back the next. He won’t beat around the bush to get to the point—he will give it to you straight up.

You will never have the need to doubt him and even if he fails at his attempts sometimes, you will know that he has done his best.

6. He will never start a fight without having a good reason to do so

There are men out there who use fighting as a means of communication. They will start a fight out of nowhere and every time something doesn’t go their way.

A keeper will know that sometimes fights are inevitable, but he will never make them bigger than the two of you. It won’t be about winning or losing.

It will be about finding common ground—if not right away, then after both of you cool down. A fight now and then can help a relationship grow and evolve.

But if your fights are almost an everyday day thing, then you are in a bad relationship that will emotionally drain you in no time.

7. He will never ever make you feel like you are alone

There are relationships that make you feel lonelier than being alone ever could. There are men who will have no problem with you doing all the heavy lifting and making all the efforts to make things work.

They care for their needs and they cease to exist every time a situation doesn’t suit them.

The right guy will never leave—no matter what. You will feel safe and protected in his arms. When there is nothing he can do to help you, he will at least listen.

He will be your first call whenever something good or bad happens and he will always be there to pick up. He will share your happiness and he will comfort you on your sad days.

That’s what makes him a keeper. 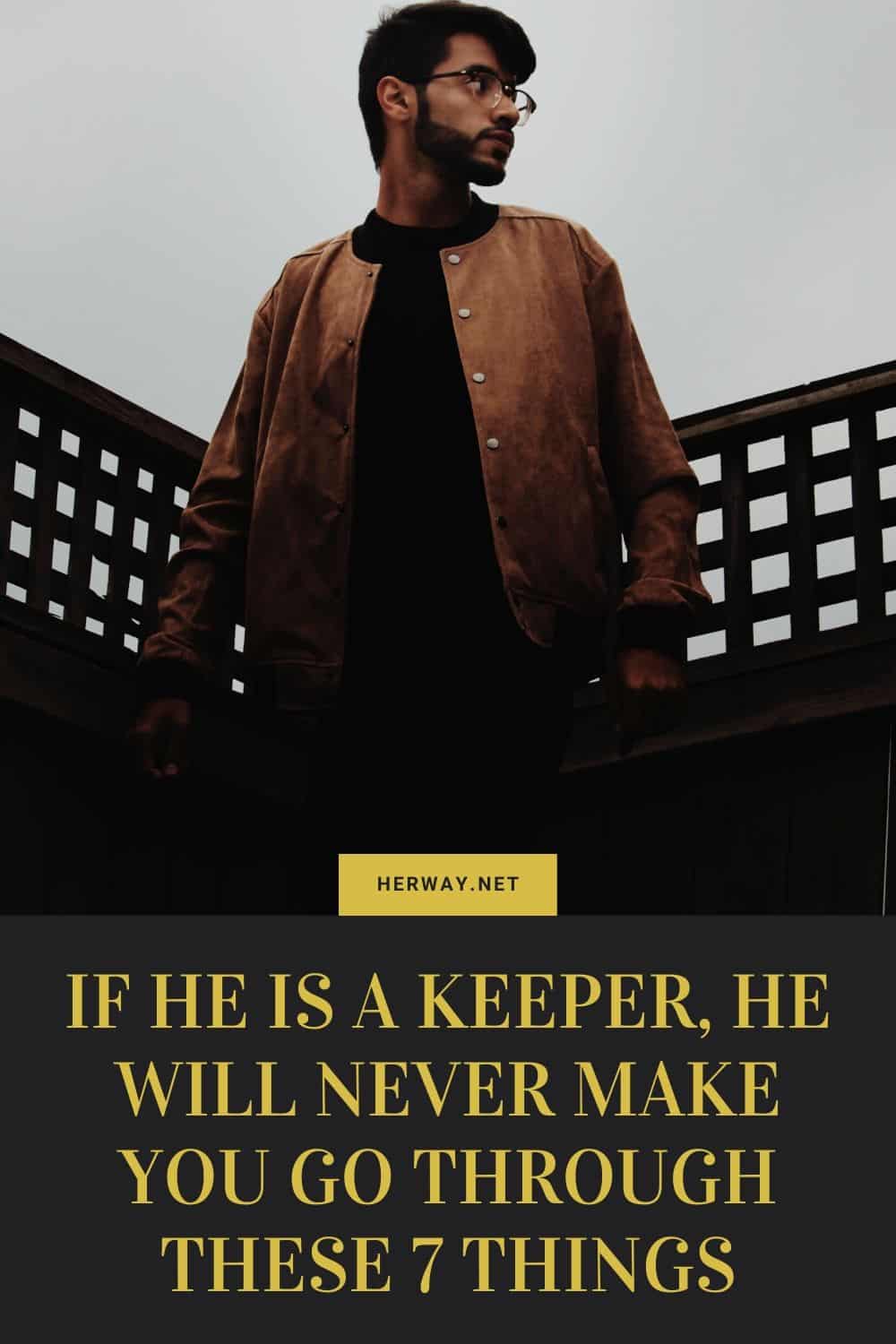