He didn’t rush things. He knows that good things take time, so he made sure you took your time in getting to know one another, and that’s the best thing to do.

It’s easy to confuse lust for love especially early on in the relationship. He knows that well.

That’s why he’s taking it slow. He is not only attracted to you, he wants to know you from the inside as well.

2. He is emotionally intelligent

If your boyfriend is emotionally intelligent, be aware that you have stumbled upon someone rare. In the world of players, he is the one who is going to be open and honest about his feelings.

3. He knows how to make you laugh

A good sense of humor is not something that should be underestimated. That’s why we’ll start with it close to the top of the list. Life is hard as it is, and we don’t need anyone who will bring us down further.

If your boyfriend can make you laugh on your crappiest day and wiggle his way out of an argument by making you giggle, he is definitely a keeper.

Also, a shared sense of humor is one of the indicators that you are compatible and that you can connect intellectually. A lifetime with someone who loves making you happy doesn’t sound so bad, now does it?

4. He makes time for you

He is way past all the childish games. He will call and text and keep in touch, not all the time but regularly.

He will make time for you without you even having to ask for it.

He will make plans to see you no matter how busy or hectic his life gets. You are his safe haven.

He feels happiest and calmest when he is right by your side.

5. He doesn’t see a point in staying friends with his ex

He has everything sorted out in his mind, and the relationship he has with you is his number one priority. He isn’t carrying any emotional baggage or mixing the past with the present.

He knows that staying in touch with his ex would only ruin what you guys have now, and he doesn’t want to risk that.

A man who thinks he is always right will always act superior. He will never admit that he has made a mistake, and he will have no problem with placing blame on you.

Luckily, you are with someone who respects your opinion. He is always interested in hearing what you have to say about any matter.

He never looks down on you, and he doesn’t run from his mistakes.

He knows that he is not flawless and that sometimes the least he can do is apologize. He knows you will do the same.

You make a perfect couple because you never allow your problems to be bigger than the love you have for one another.

Compatibility can only get you so far. If both of you aren’t ready to invest in the relationship and make things work, you are not going to make it work.

If you have a man by your side who is reciprocating all your efforts, you are one lucky lady. He is committed to you and your relationship, and regardless of all the bumps in the road you might face, he is there to stay. 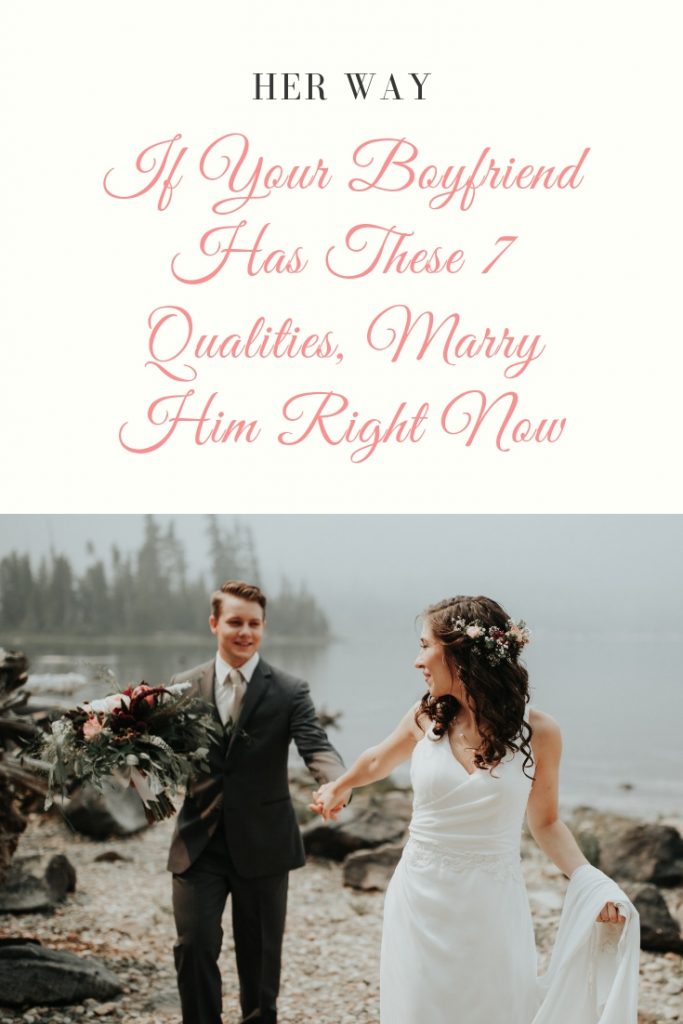