What is an INFJ Personality Type? 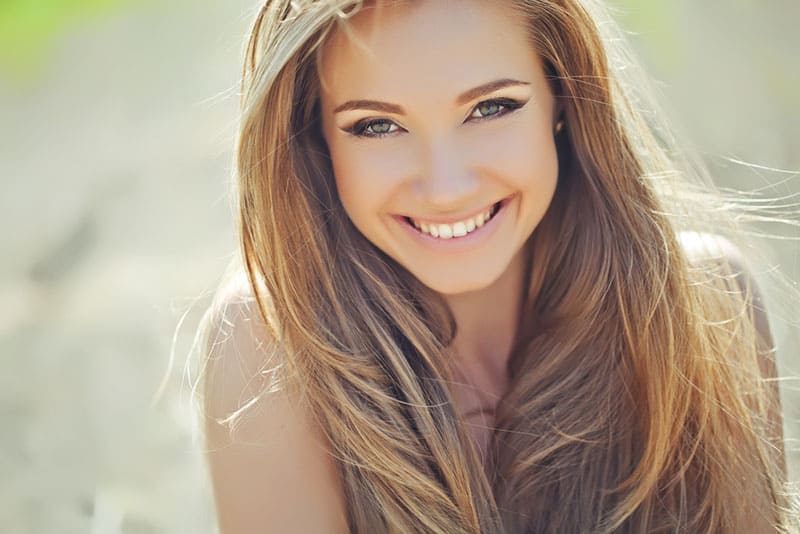 The INFJ personality type is the rarest type of people on this planet. These people take up less than one percent of the whole population.

Despite the fact that there are not many of them out there, their influence on the world is pretty big. Wherever they go and whatever they do, they leave their mark.

INFJ people are very deep and complex. They are not dreamers, they are achievers. When they want something, they take action to make it come true.

Maybe their biggest problem is that they are in constant search of love. They want the Perfect Relationship, perfect in every sense they see fit.

This is a good thing most of the time but it can also be negative because INFJ people often jump from relationship to relationship in search of The One, which gets them nowhere in the end.

They care deeply for people so their relationships are long-term. They give their all, their time and attention, and they invest it in their close friends.

INFJ people are no strangers to charity work. Helping others is really their purpose since they genuinely want to make the world a better place.

And they do it selflessly, with no goal other than helping the ones who need it. 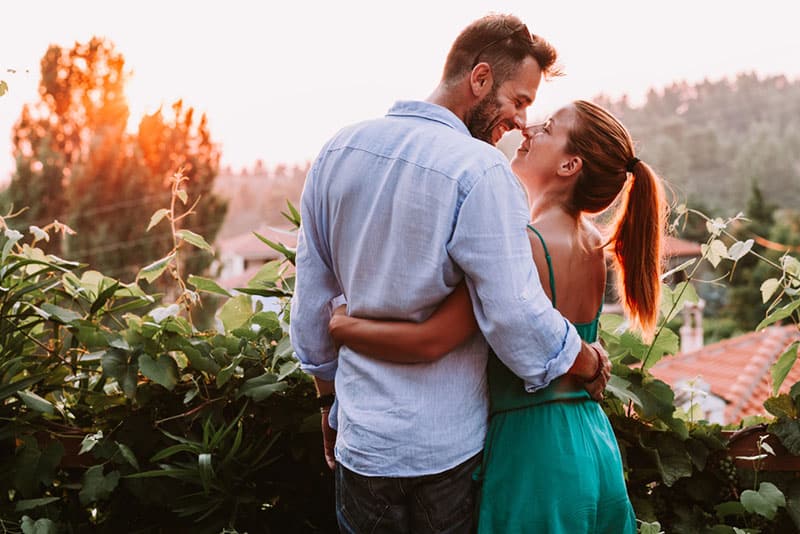 INFJs have difficulties in relationships because they are often misunderstood, which doesn’t come as a surprise for the rarest group of people on the planet.

There aren’t a lot of people out there who could understand them.

Men usually think that women only want romance on the days when you’re supposed to be romantic.

They think every woman wants flowers for Valentine’s Day, which is true, but INFJ women don’t only do romance once a year.

They are romantic every single day. And they don’t even try. It comes natural, it’s a part of who they are.

INFJs are often misunderstood because people seem to think they are close-minded and want to have everything under control.

This misconception happens because INFJs sometimes come across as judgmental and critical. But that is very far from the truth. The thing is, these people are perceptive.

They see and hear everything and because of their need to help others and show compassion, they tend to look as if they are judging instead of helping people.

In fact, these people are very open-minded and they would understand all kinds of things someone was doing for anyone else.

They are very understanding and they will always look at things from another person’s point of view.

Another thing that is misunderstood in a relationship is that INFJs are emotionally needy.

They seem like they want so much from their partner, which can emotionally drain the partner, especially if that person has no idea that their other half is an INFJ.

One of the things that define an INFJ person is that they show their feelings right away. 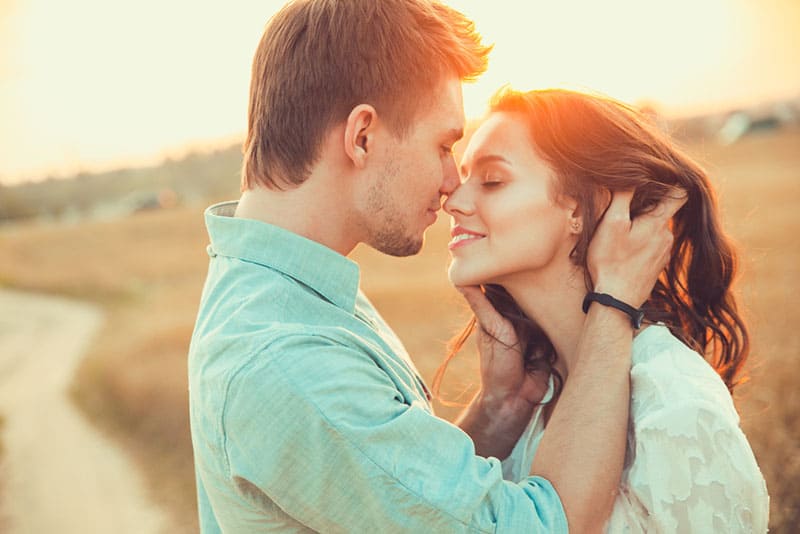 They don’t hold back and they don’t play games. When they like someone, they will say or show it the moment they feel it.

Actually, instead of being emotionally needy , INFJs are emotionally honest. And that is something not a lot of people can understand or accept.

Another problem that INFJs have in relationships is that they read into things that are not there.

That means if a person is feeling down in a relationship but is hiding it because of what could be dozens of reasons, an INFJ person picks up on that very quickly.

But the problem is that the person who is out of order doesn’t always want to admit that there is something wrong.

Maybe they don’t even know it yet but they are acting like there is something wrong because, in reality, there is.

An INFJ will immediately figure it out because that is something they do.

That is something they were born with.

An INFJ person will ask their partner a lot of questions in the attempt to establish what is wrong with them, solely for the sake of helping them.

But, usually, their partner doesn’t see that as a form of help but instead as poking into their privacy or even as harassment.

See also: ENFP And INFJ In Bed And In A Relationship: A True Match 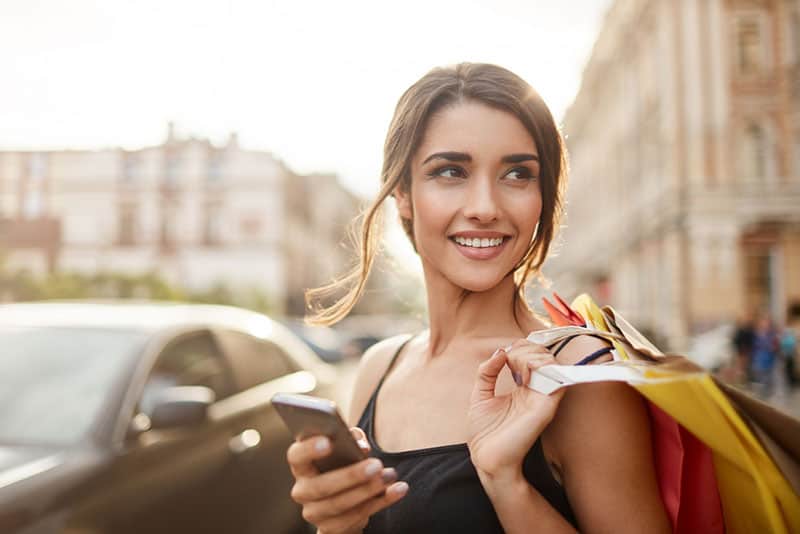 Money is the most problematic issue in an INFJ relationship. INFJs enjoy things that cost money.

They like to live luxuriously, they like to enjoy eating out and drinking expensive wines. They want to have all the latest gadgets.

But, to have all of this, you have to have money. Sadly, INFJs have trouble integrating themselves into the modern working world and in that way earn money. They are not good at that.

Their personality traits go against sacrificing some crucial things in order to make it financially in the world we live in today.

They want it but they simply can’t because it goes against their principles.

Appearance is another problem and not in the way of their clothes but in how they look.

They may get obsessed with their looks and they judge themselves if they are even slightly under the ridiculous standard they have set for themselves.

It is not rare for an INFJ to even abuse their body in order to become something they think is beautiful.

This may be reflected in their excessive training, not eating and probably some other food-related disorders.

Sex is another issue in INFJs relationships. Their approach to sex is, mildly said, weird.

There are periods when their sex drive hits the roof and they want to engage in sexual intercourse all the time but then all of a sudden they are ready to swear celibacy because they want to work on their inner self.

They tend to detach themselves from the physical part of themselves and completely devote to the growth of their emotional side and their psyche.

If this issue is not discussed in an INFJ relationship, it can cause some serious damage to the connection between those two people and damage their relationship. 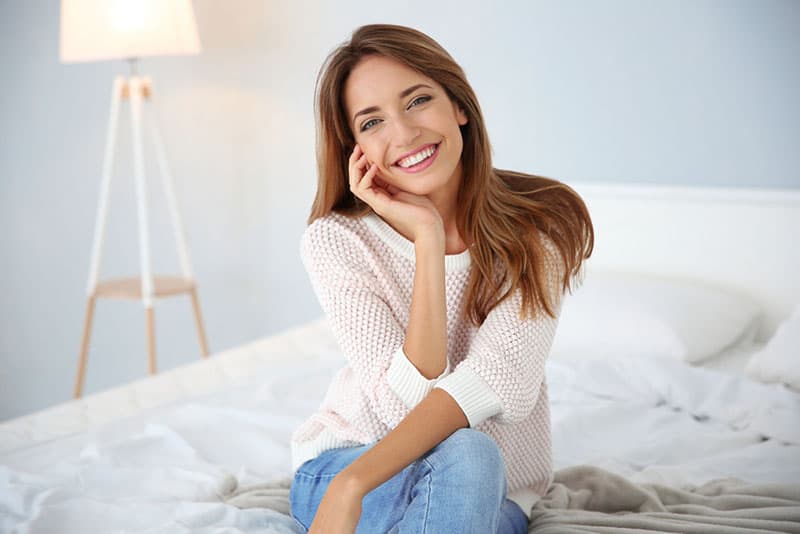 • Committed in their search of a ‘Perfect Relationship’

• When a relationship is over, they move on easily 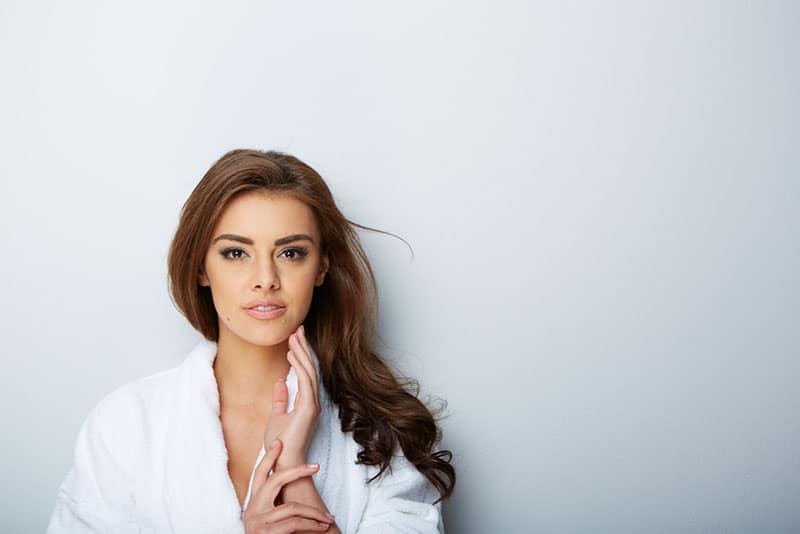 • Sometimes they hide certain parts of themselves

• Don’t know how to handle money

• They set high standards for others

• Can’t move on that easily from a bad relationship 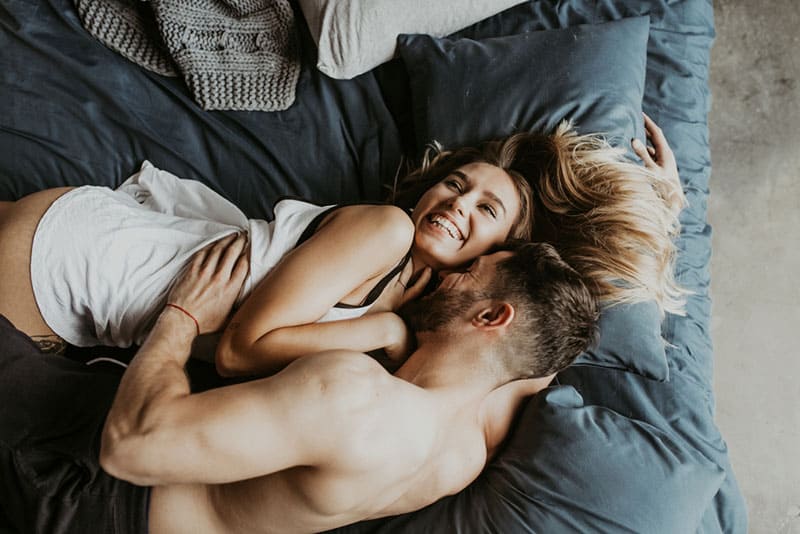 They want the Perfect Relationship which shows that they are highly committed to the person they are in love with.

They are extremely warm and loving. The only thing they want to receive in return is the same treatment.

They have the ability to read people when something is bothering them. This is usually good in a relationship with some exceptions mentioned earlier.

But, when their partner is feeling down, they are going to notice it and try to fix it.

Sexually, they care a lot about connecting with their partner but they perceive sex as emotional bonding rather than just the physical act. 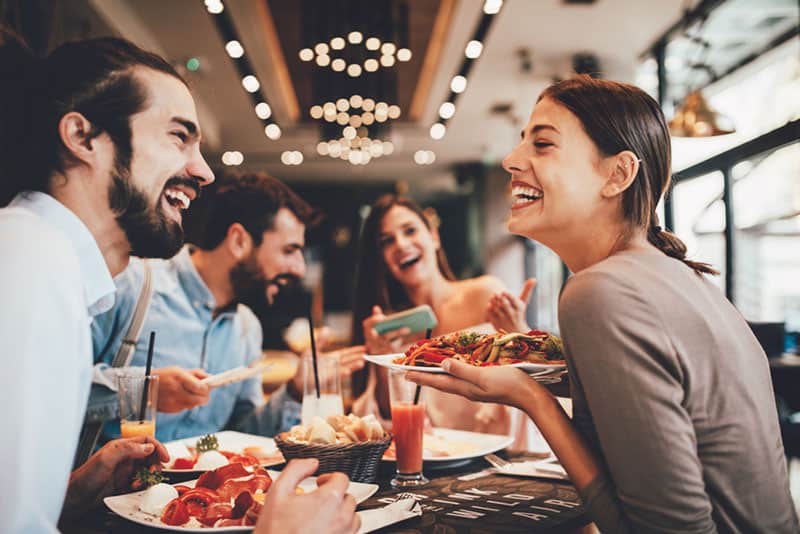 INFJ people don’t make casual friends, meaning people who they meet randomly or bump into on the street or talk to at a bar.

They are more into real, deep friendships with people who they connect to on more levels.

They want to be surrounded by people who share their passions, who have similar perceptions of life.

People who are ready to discuss philosophical subjects because they really enjoy it.

In one word, they are looking for their soulmate.

They are extremely sincere and honest when it comes to their friends, that’s how at the end of the day, they are left with just a few true friends, those who don’t get offended when hearing the truth. 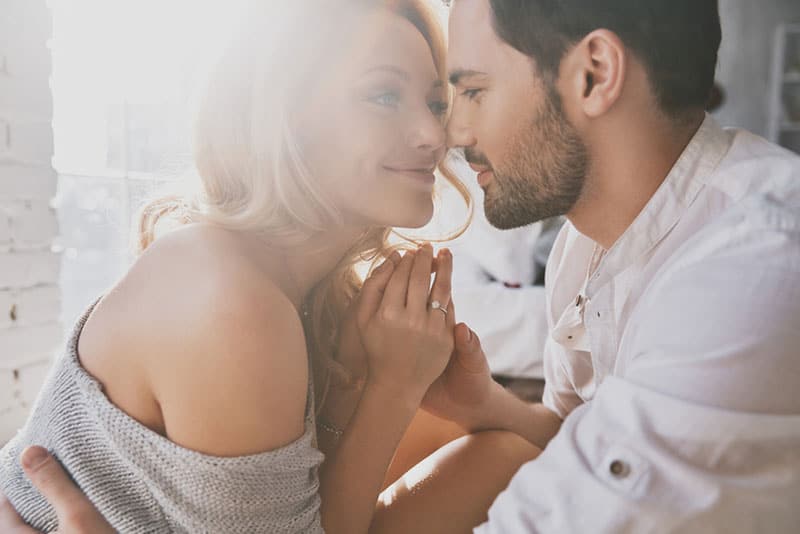 INFJs are the rare kind of parents, just like their personality is.

They want them to be independent and, most of all, honest and fair in life.

It really means a lot to them for their children to develop the ability to think for themselves so that someday they are able to make good decisions.

They teach them to speak for themselves and express the things they want.

Since no one is perfect, neither are INFJ parents. Due to their need to have high expectations of themselves but also others, they do this with their children too.

Usually, they are very gentle and understanding but when their expectations are not met, they can get very sharp.

They want their children to have only the best, so sometimes they push them too hard.

The bottom line is that INFJ people, so, naturally, INFJ parents, want to pass on their values onto others and their children.

They want to make the world a better place by helping everyone who needs it.

They take parenting as well as their role in society very seriously.

That’s why their children often grow up into kind and competent people and they are remembered as warm and full of love. 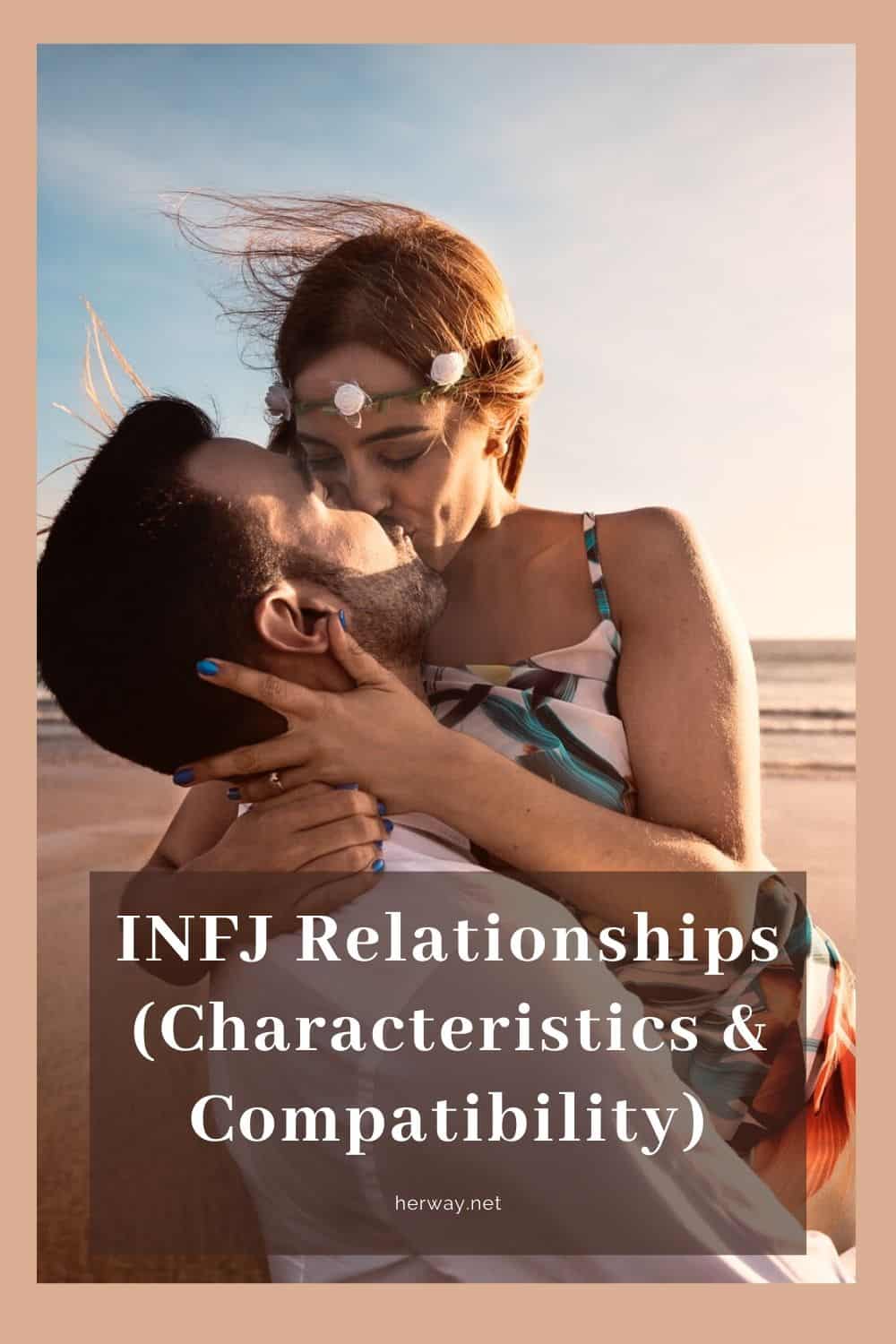