Skip to Content
Contents show
1 How To Know When A Relationship Is Over
2 You Give But He Doesn’t
3 You’ve Grown Apart
4 He Disrespects You
5 The Sex Is Gone
6 You’re Constantly Fighting
7 You’re Just Plain Miserable
8 Life’s Curveballs
9 Addictions
10 Your Goals Don’t Align
11 He’s Holding You Back
12 Is It Really Over? Conclusion

How To Know When A Relationship Is Over 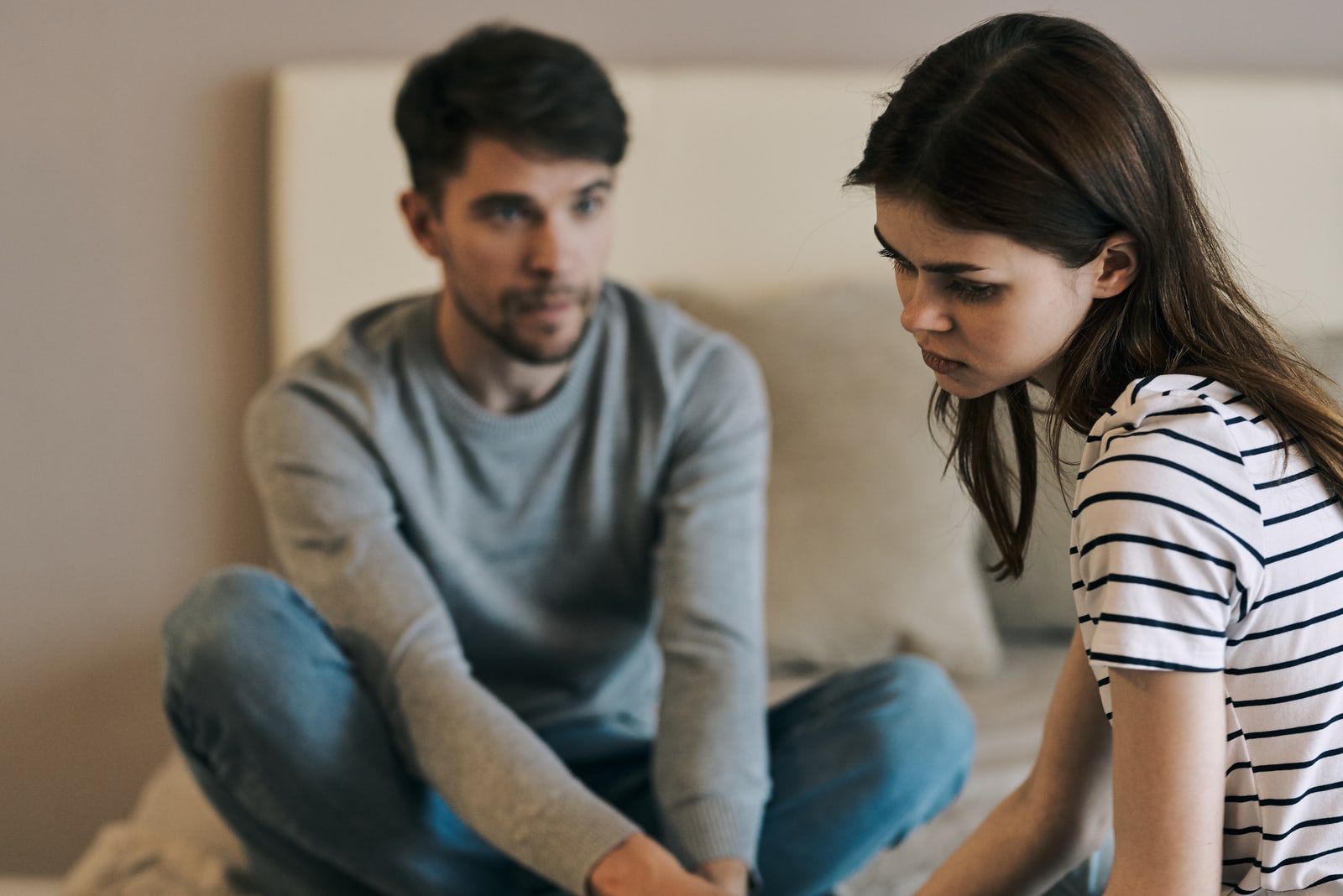 Breaking up is hard. It’s easier to stay in a familiar situation, even if it’s not ideal, but there are some telltale signs that can’t be ignored, regardless of how many shared memories you have.

If you have tried to compromise and communicate but things are still stagnant, it’s time to consider a new path.

Here are the 10 telltale signs that it’s time to break up.

You Give But He Doesn’t 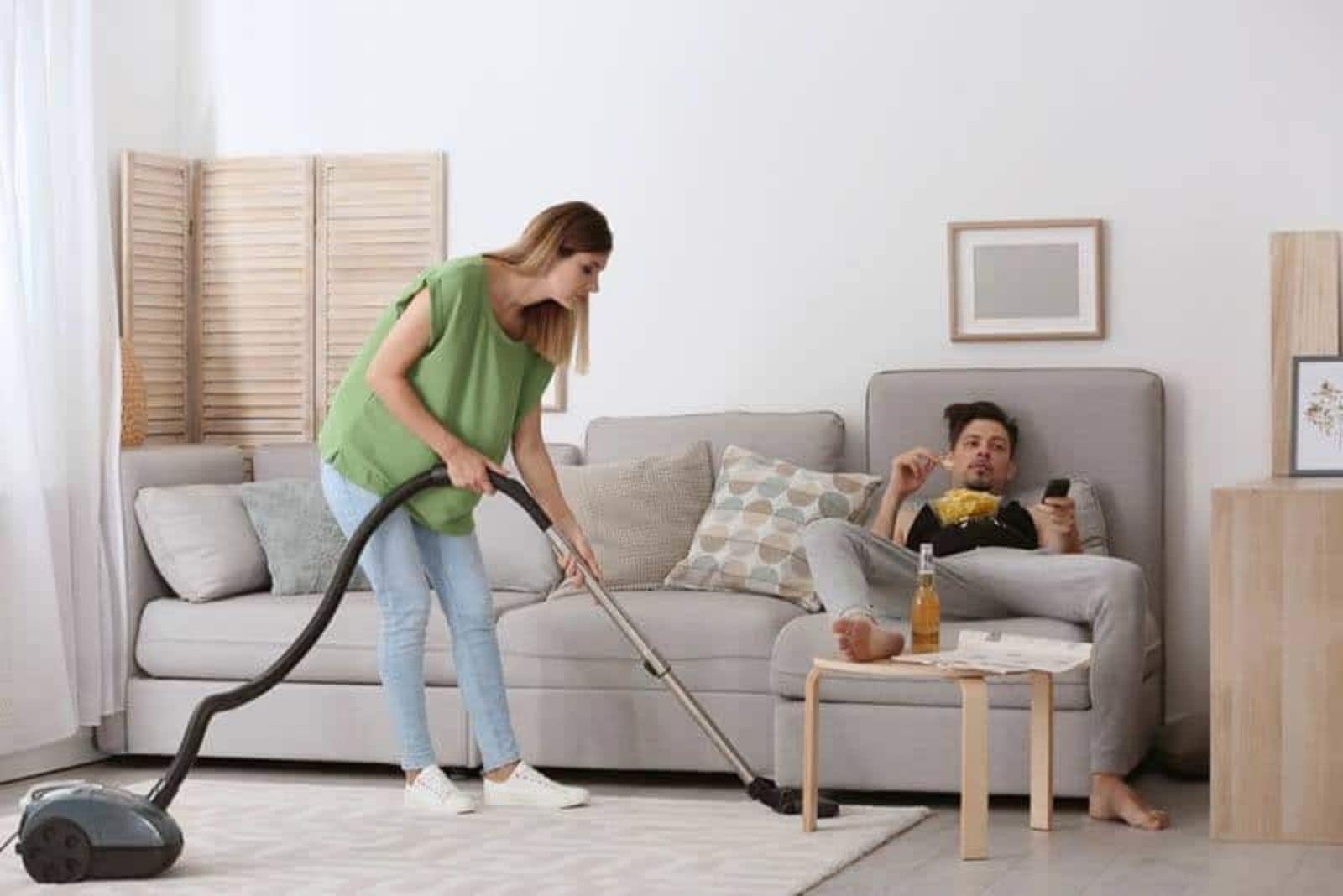 Two people in a relationship should act as a team. Both of you put effort into making it work and you make time for each other. There are times when one person needs to give a little more but these times balance out.

If you find yourself doing all the cooking, cleaning, pushing for time together and paying for everything, things have gone awry with your partner.

Many women fall into this trap. You give and give and give while your man withdraws, so you give more. You blame yourself for everything that’s wrong until things get so bad that they simply break down.

Try to avoid giving too much if it’s not reciprocal. Only put as much into him as he puts into you. 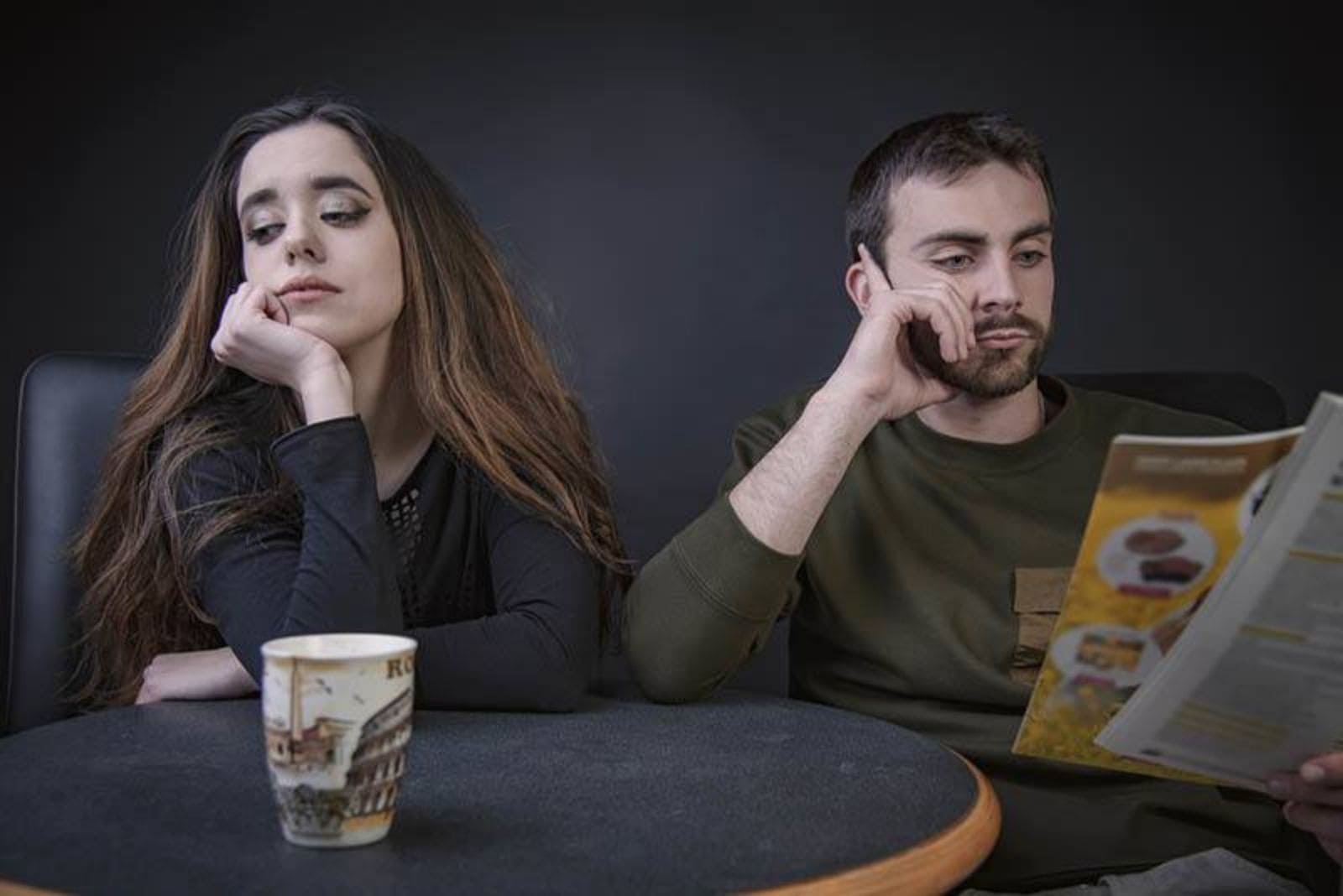 It happens. Some people grow while other relationships stagnate. Maybe your boyfriend or husband is still sitting on the couch while you’re out exploring or maybe the two of you are pursuing different things because your hobbies don’t align.

I had a client who remained very religious while her husband stopped going to church. This was unacceptable to her and she was torn over what to do. Eventually, she decided she had to leave him. 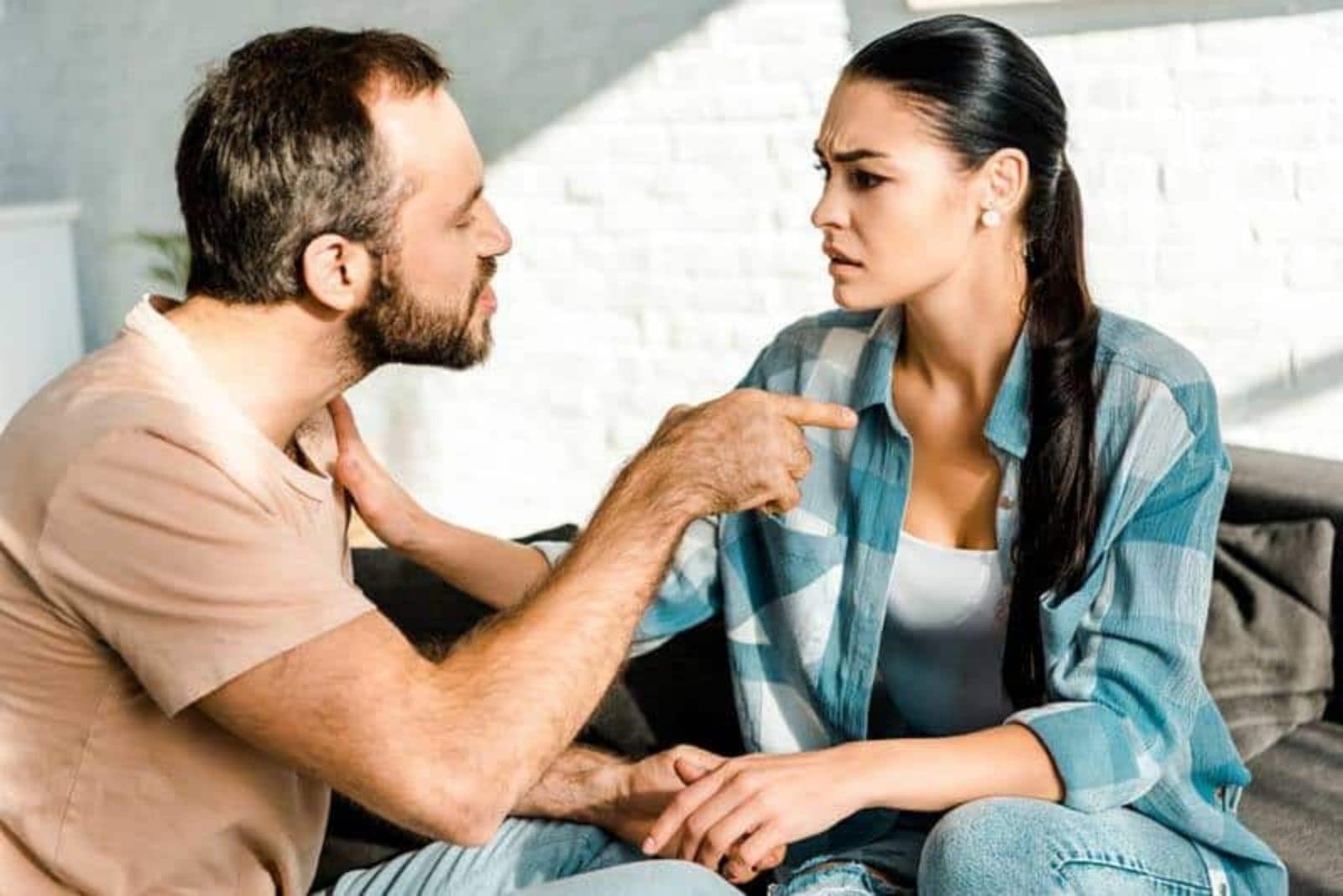 This is a biggie in my book and it should be in yours! When one partner constantly puts down the other, the relationship needs to be re-evaluated.

I see this when I hang out with other couples. One partner will berate the other in front of us; you can cut the contempt with a knife.

This can spiral into emotional and even physical abuse if it’s not addressed immediately.

The Sex Is Gone 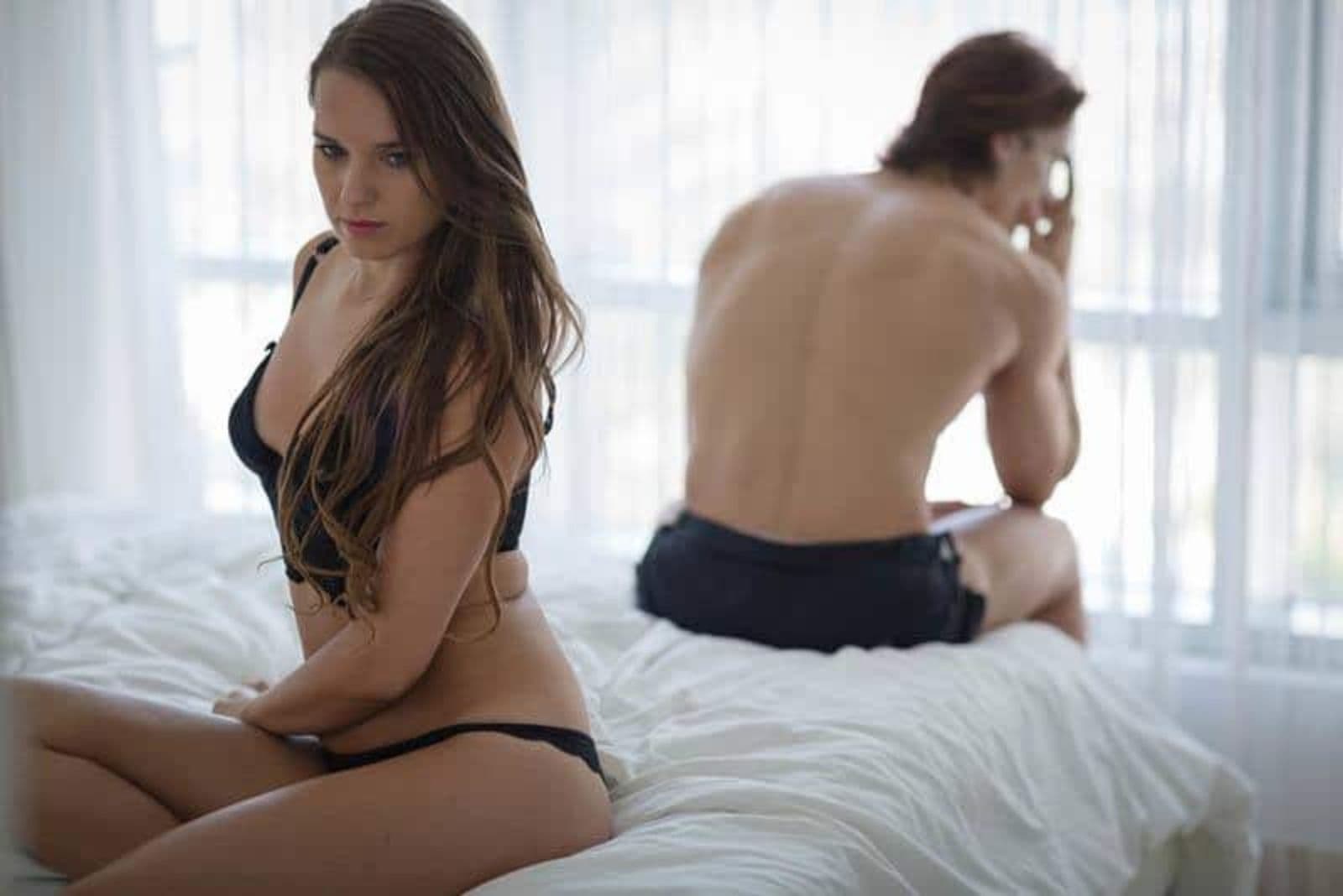 Sex is a very important component of a relationship. It’s not everything but it’s a key litmus test for how close a couple is. Sex less frequently than once a week can be a warning sign.

There are exceptions, of course. If you’re in your eighties and have been together for fifty years, sex might be out of the picture. Even still, I find elderly couples still holding hands and kissing when they are in love. 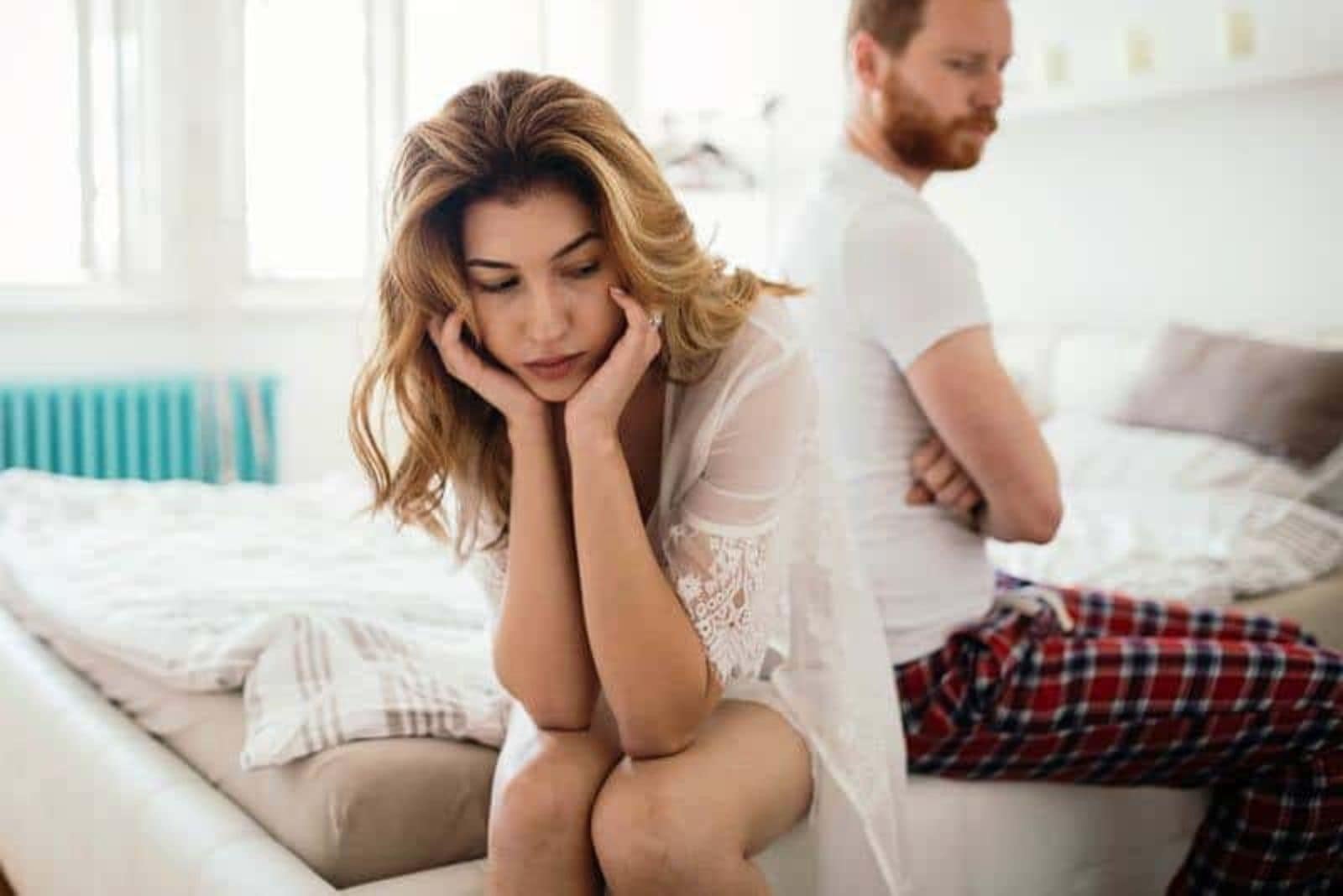 Constant arguing is never a good sign. Most couples don’t know how to argue. They never learned because they don’t teach that in life.

There should be very little fighting in a healthy relationship. People in love respect one another’s opinions and work toward a compromise. They each want to hear what the other has to say because they want their partner to be happy.

Communication is an art and good communicators have empathy for the other person’s feelings and circumstances. They put themselves in someone else’s shoes to get the result they want.

When both partners communicate this way, compromise is possible. The result is a win-win and the relationship is strengthened, not weakened. 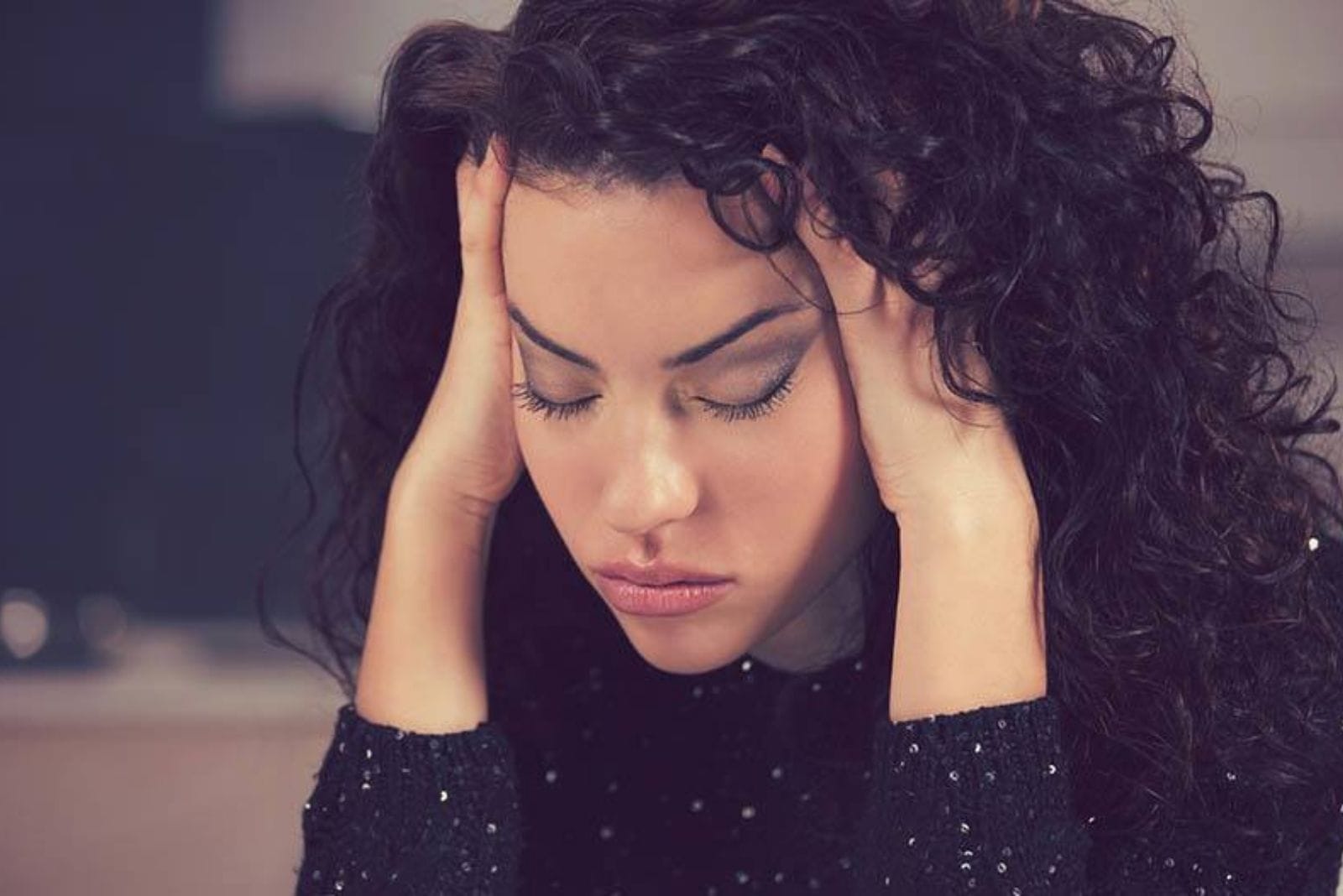 If you dread seeing your guy, something is wrong! Sometimes, you try to overanalyze exactly what’s wrong and blame yourself or your partner. This gets you nowhere.

If this is your predicament, trust your intuition and leave, or at least sit down and have a real discussion with someone you trust. They have probably seen the writing on the wall already.

RELATED: Break Up Texts: 50+ Text Messages To End Your Relationship 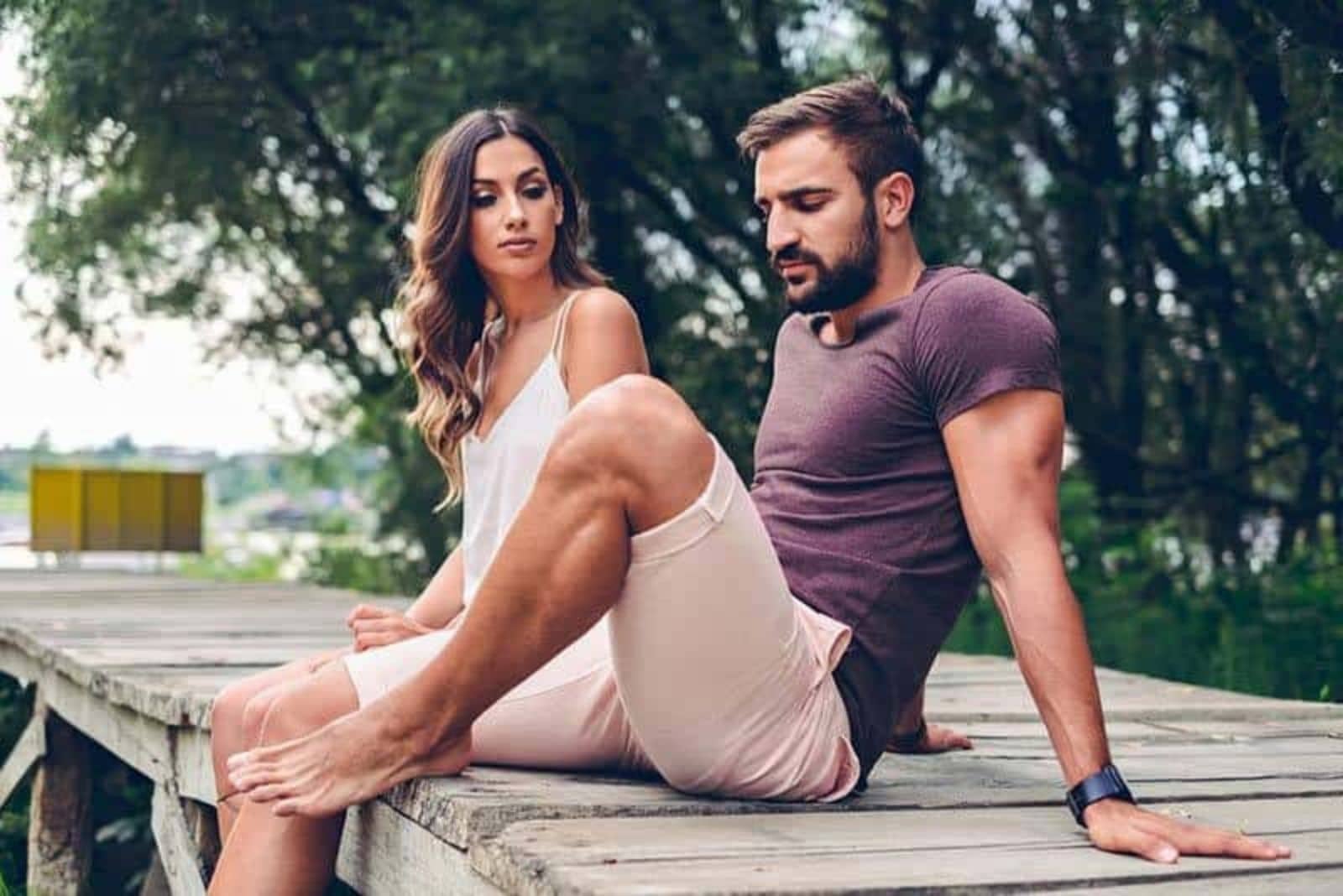 Maybe your boyfriend wants to move to a foreign country and you don’t. He hates his family and you need to be near yours. Maybe you want kids and he doesn’t.

That’s life. Accept it, pack up and leave. 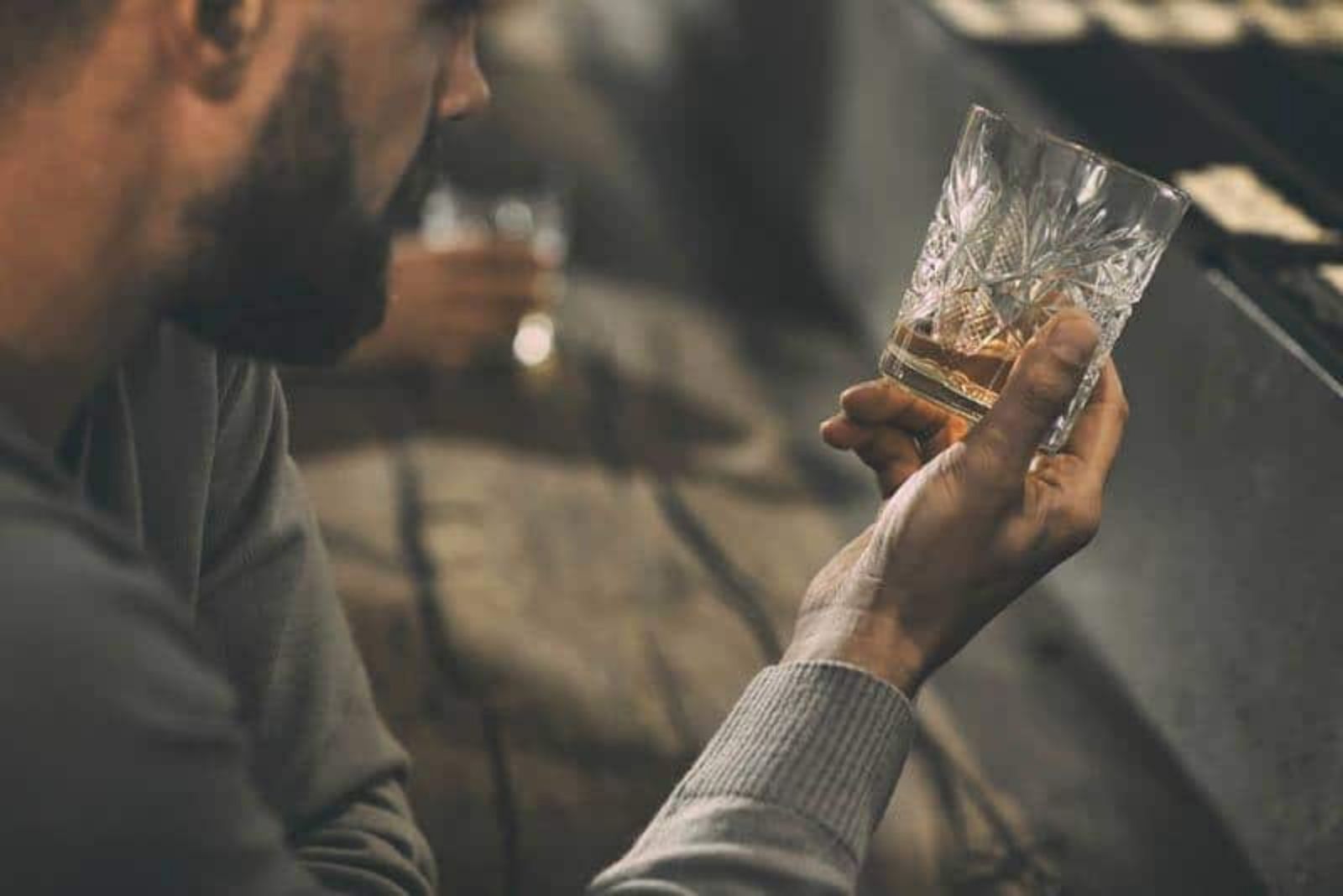 If you see this, I say leave. The same thing applies to alcohol and drugs. If a man can’t care enough about his own health then how much can he care about you? 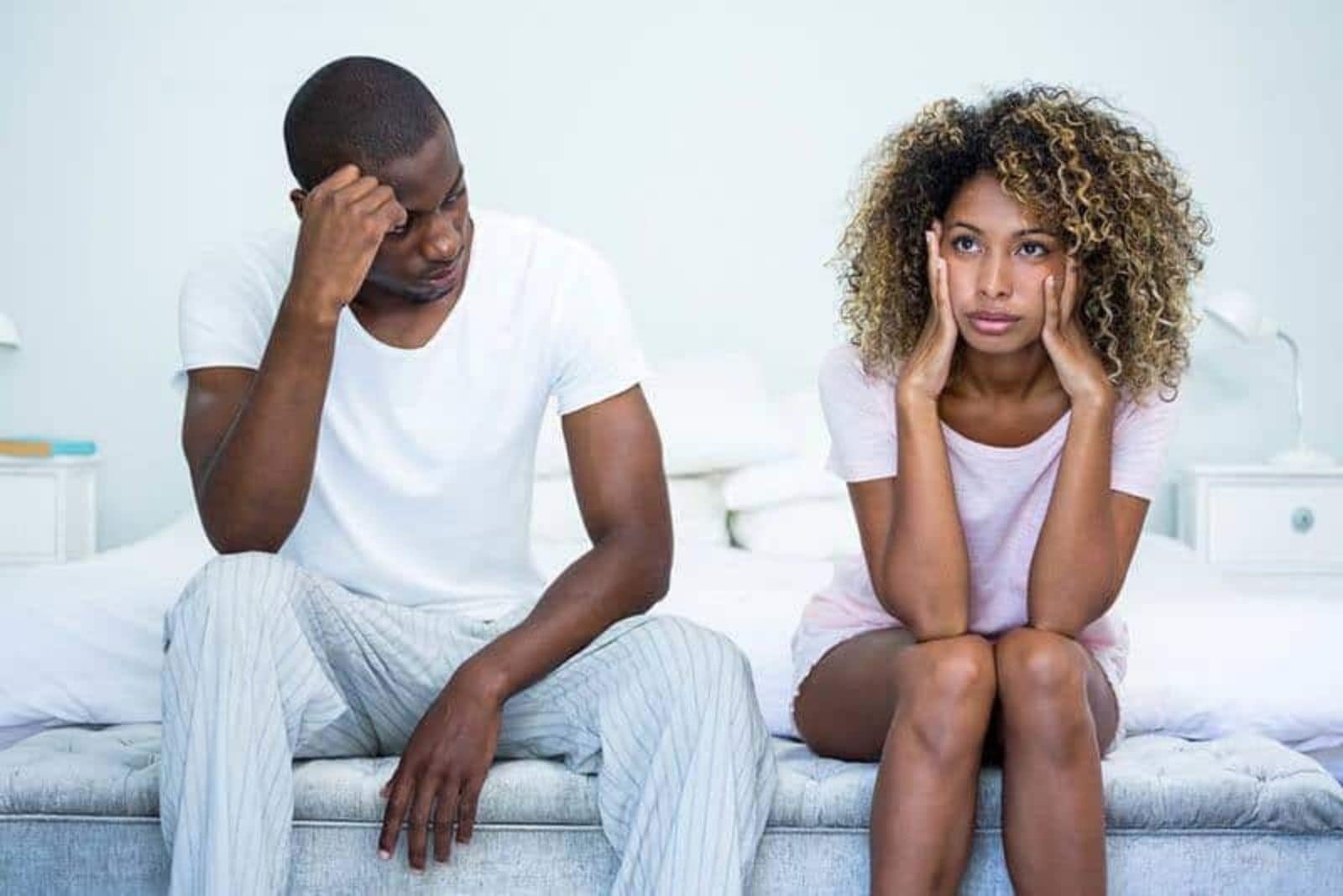 People’s goals change as they mature. My goal was money for years. Now I’m into helping others, charity and spiritual pursuits. My time is becoming extremely valuable.

If my wife was determined to live off the grid, for example, we would need to go our separate ways. That’s okay! It’s okay to recognize change, respect the other’s goals and leave on friendly terms.

Who knows, in ten years, I might want to live off the grid!

He’s Holding You Back 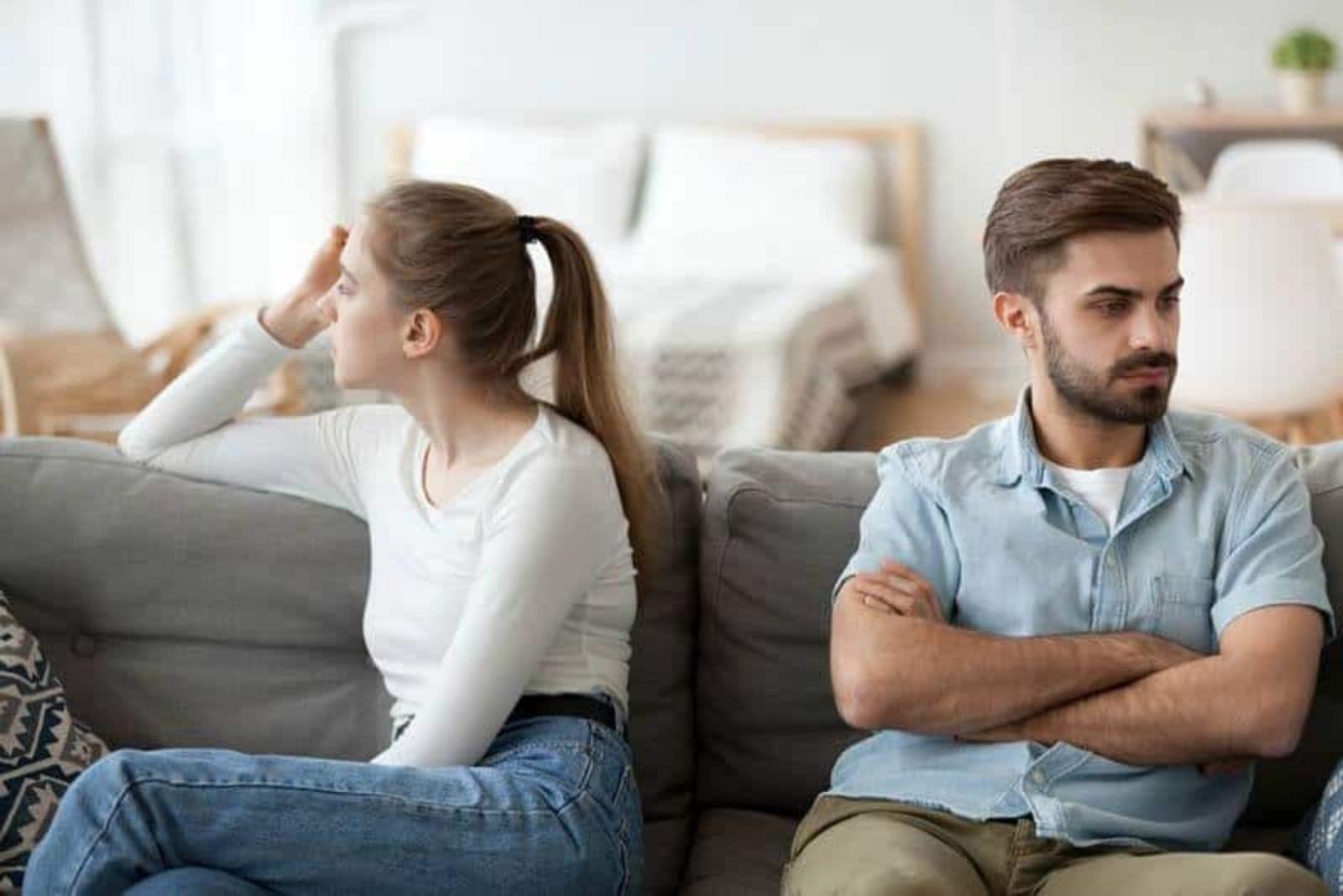 You’ve got dreams and goals. A great lover and best friend encourages you to chase them but this man wants you home with him, or worse, he doesn’t care.

A confident woman has no problem finding a guy who supports her desire to sprout her wings and fly.

Is It Really Over? Conclusion 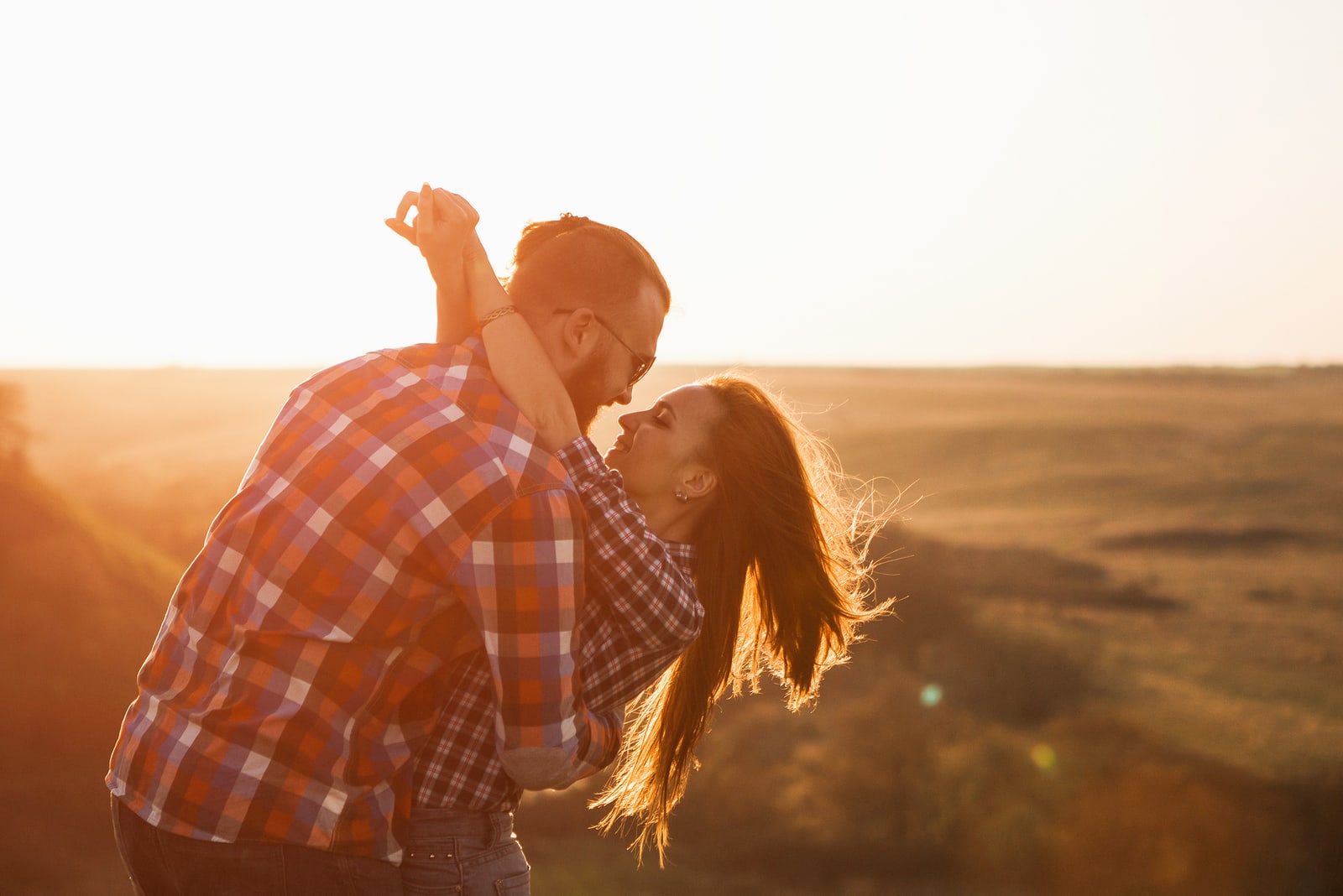 Too many couples stay together because they simply don’t want to be single again or for the sake of the children. Time is too precious to be with someone who falls into one or more of these categories above and the harm done to your children is done before you split, not after.

Only you can decide whether it’s time to end things or not. You must decide when you’ve taken as much as you can take or when things just don’t align properly. 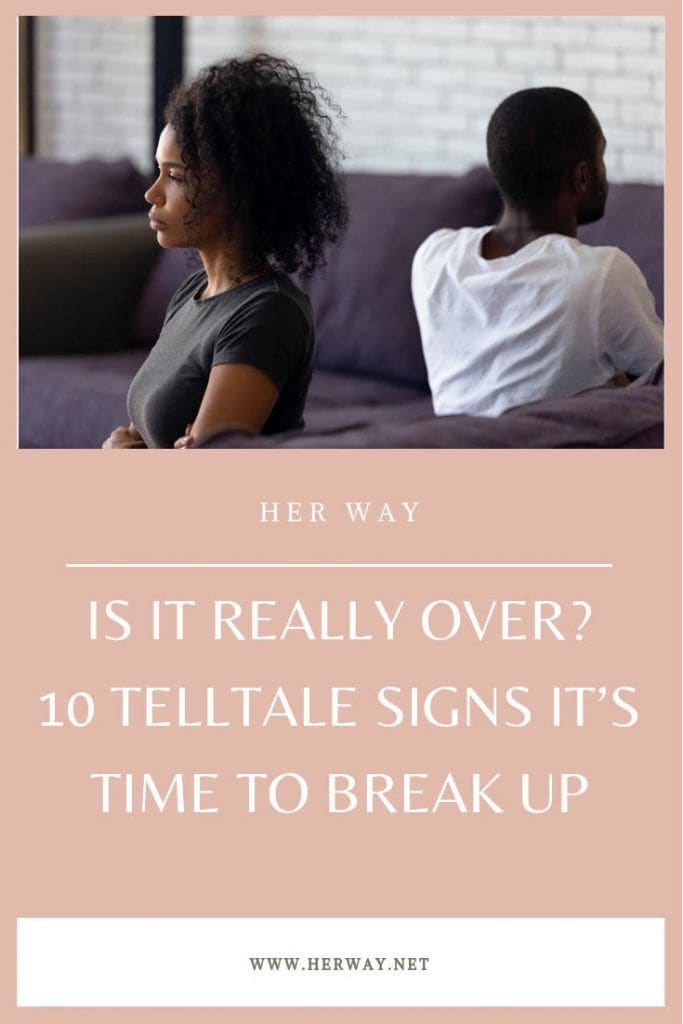