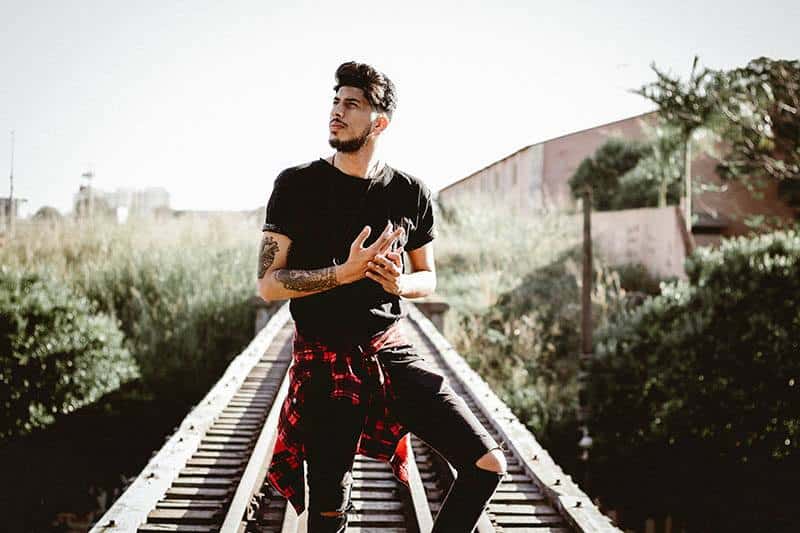 Most of the time, we don’t know what we can expect from men we meet somewhere until we really get intimate.

But, lucky for us, some men are more obvious than others and they’re so easily spotted, some even on the first date.

We bring you ten types of men who are not worthy of your time and how to recognize them.

He texts you all the time for ten days, then disappears for another ten. And just when you thought that he’s not getting back in touch with you, he’s back at it again like nothing ever happened.

He’s not consistent and still acts like nothing is wrong because in his head, that’s the way things work. You deserve so much more than an on and off relationship.

2. Unsure of his feelings

He’s not sure how he feels about committing to you, about making things exclusive. He’s not sure if this is what he wants; he needs more time.

It’s okay if you guys just met and maybe it is early, but if he’s dragging you along for months, you don’t need that kind of time waster.

3. The one that gives you backhanded compliments

You look great on your social media photos or with your hair down because he loves women who wear their hair down. He’s not giving you compliments to make you feel good or because you look good the way you are.

He’s trying to tell you what kind of women he loves and expects you to try fit that mold.

He never has any cash with him. It has happened more than once that he has forgotten his wallet. It can happen to anyone, but if you notice the pattern, he’s not the one who he said he is.

Unless he said that he is broke. Honesty is important and if he can’t give you that at the beginning, what’s the point in further dating then?

5. The guy who doesn’t feel like using the condom

Condoms are not there just because of pregnancy, but because of STDs as well. If he insists that you don’t use protection because ‘it feels so much better without it’, ditch him.

You have no way of knowing if he has any diseases, and there’s a great possibility that he tries to pursue every girl into doing it without protection.

6. The one that never follows through with plans

He always has some kind of an emergency that happened last minute or he’s stuck at work. It can happen to all of us, but if it happens more than twice in a row, walk away, darling.

He has no respect for your time—and you—and that’s not what love is about.

7. One that won’t go down on you, but expects you to do it for him

In a relationship, it’s important for both sides to be satisfied and happy. If you’re the only one trying and doing favors, that’s called a one-sided relationship.

Honey, sharing is caring. If you’re not ready to share some tongue game with me, don’t expect me to do the same for you.

8. He still lives with roommates in his 30s

If he doesn’t have his shit together by the time he’s 30, you need to ask yourself what’s his deal. There’s no need for you to sleep on the floor or wait for his roommates to go out so you can have sex—you’re too good for it anyway.

9. He doesn’t care about meeting your friends and family

If you suggest to him that you meet up in the bar with your friends, he makes excuses or tries to convince you that you’re the only one he needs. He has no interest in meeting them and he doesn’t even care if you feel bad about it.

And when it comes to friends, he doesn’t feel like you meeting his either. He’s not introducing you to people in his life, just because he doesn’t plan on having you around for a longer time.

Does this one really need any explaining? If he is keeping his Tinder profile active and he doesn’t even try to hide it from you that he’s still swiping, that’s not the kind of man you can expect to be loyal.