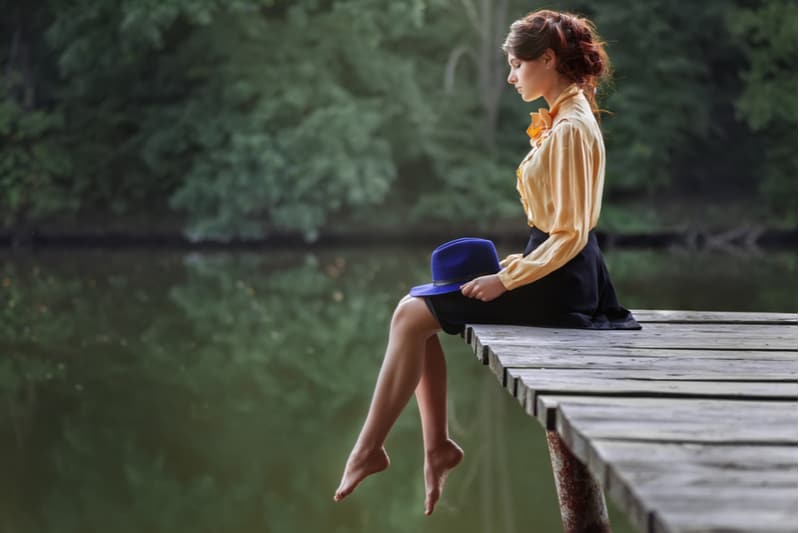 It’s simple. The ones that want us will stay.

Not only they will stay, but they will make a continuous effort to make us feel wanted and loved.

Relationships are complicated, but at least one thing about them is clear: If you love a person, you make damn sure they know it.

If you need to chase a man to prove something to him, then you’re better off without him. It’s painful, but it’s the truth.

I already made this mistake and now I’m set on never making it again.

I don’t know why I ever thought that was a good idea; I guess I was infatuated. Believe me, it’s not.

That urge you feel to text him or call him must be replaced with something else.

Now I have something to tell him, to get it off my chest. 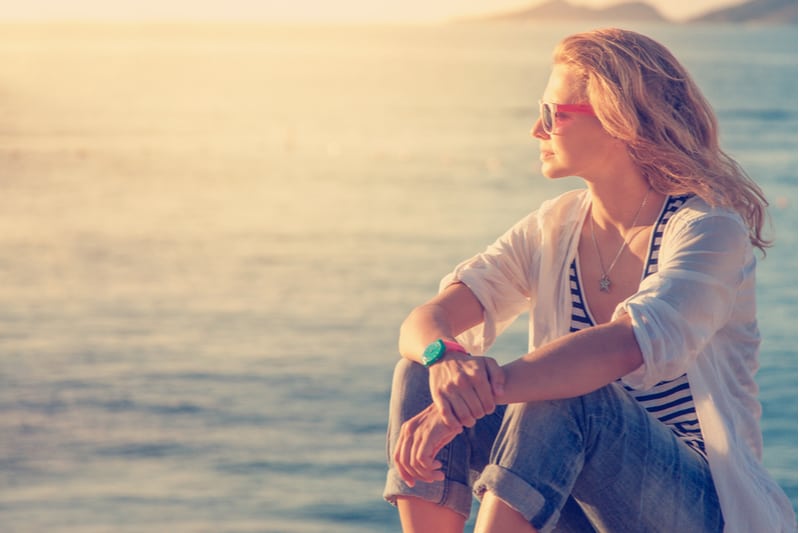 If He Doesn't Chase You When You Walk Away, Keep Walking 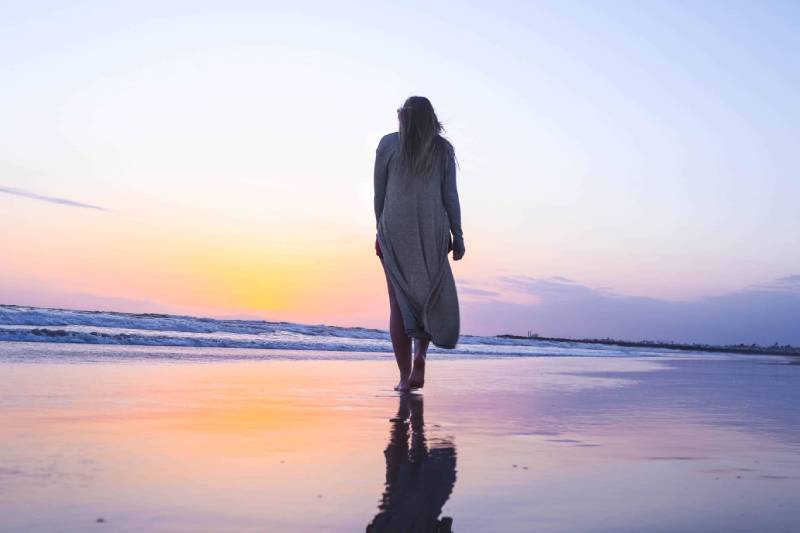 My almost love, or whatever the hell you were,

You don’t deserve me.

You don’t deserve my care, my attention, or my love. I tried so hard to reach your heart but you wouldn’t let me.

I don’t know what made you close off – I was a safe place, a person you could trust.

I’m not mad at you for that. I’m mad you never made things clear. You treated me like an option and that’s pure disrespect.

I wish you knew how belittling that felt. Especially after pouring out all my attention, hope, and love towards you.

If He Doesn't Chase You When You Walk Away, Keep Walking

I could have saved that for someone else who actually cared. I lost my energy and my time – for what? A man who couldn’t make a simple decision.

I don’t know what’s happening in your head because you never say anything and I can’t read your mind, so I guess you simply do not care. 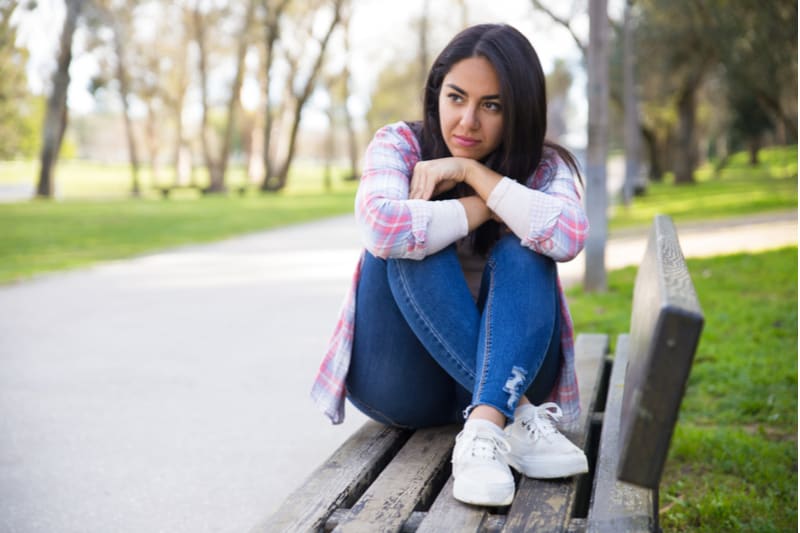 That hurts me to the core of my being – but enough is enough.

I’m done disrespecting myself for the sake of something that isn’t even love.

True love doesn’t leave you hanging. It doesn’t make you spend your nights crying and wondering about what you possibly could have done wrong.

I did nothing wrong at all – except make you my priority.

Life’s too short for waiting on a call that might never happen.

Life’s too short for accepting less than you deserve.

You taught me that and I won’t even say thank you because you wouldn’t get it. 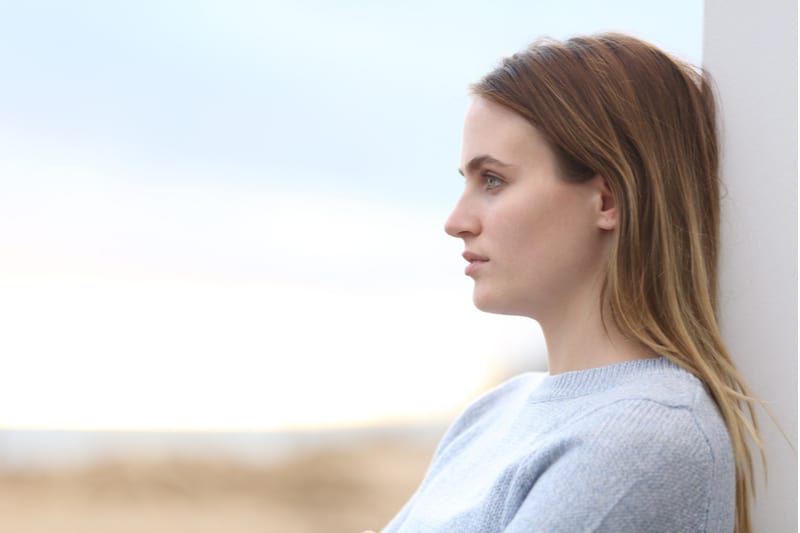 You’re clueless of what’s valuable and what matters. You chase only temporary things that give you nothing but disappointment yet you’re too blind to see it.

You’re only deepening your wound.

Too bad I didn’t see that earlier. I should’ve known by the way you acted with me in public or the way you took way too much time to respond to a simple message.

I was always finding ways to excuse you, but I know now that was a dumb thing to do.

We’re grown people who are capable of making decisions. If you wanted to let me know what you want, you would’ve done so.

Luckily, I don’t shy away from making decisions. That’s why I’ve decided to put my values, goals, and dreams first.

And I won’t put up with anything less.

I don’t even want much besides respect and love, but first, I need to give these to myself. 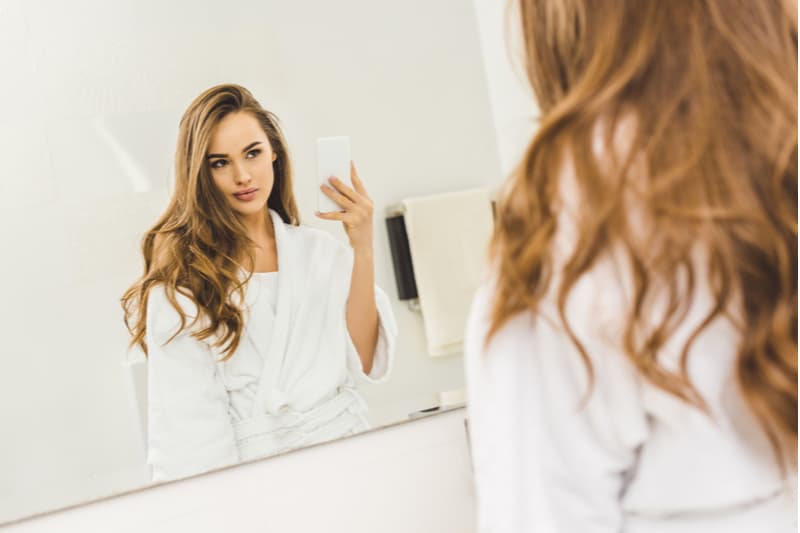 I’ve decided to respect myself and that’s exactly why I’ve stopped chasing you. I deserve better.

I deserve a man with clear intentions and determination. A man who will show me what true love is.

He exists and he’s waiting for me. This is my first step to my new self.

A new love will make everything else look distant and unimportant. Including you.

I hope that someday you will realize what you’ve missed, but until then, there’s a long way to go.

Meanwhile, I will learn to enjoy everything that life prepares for me and never waste a minute waiting for a man who doesn’t see what’s inside of me.

I don’t have to prove myself to anyone. Those who deserve me see my true nature and allow me to be me.

I deserve to be who I am without fearing that someone will get bored of me or I won’t be good enough.

I’m always good enough because the love I give is true. 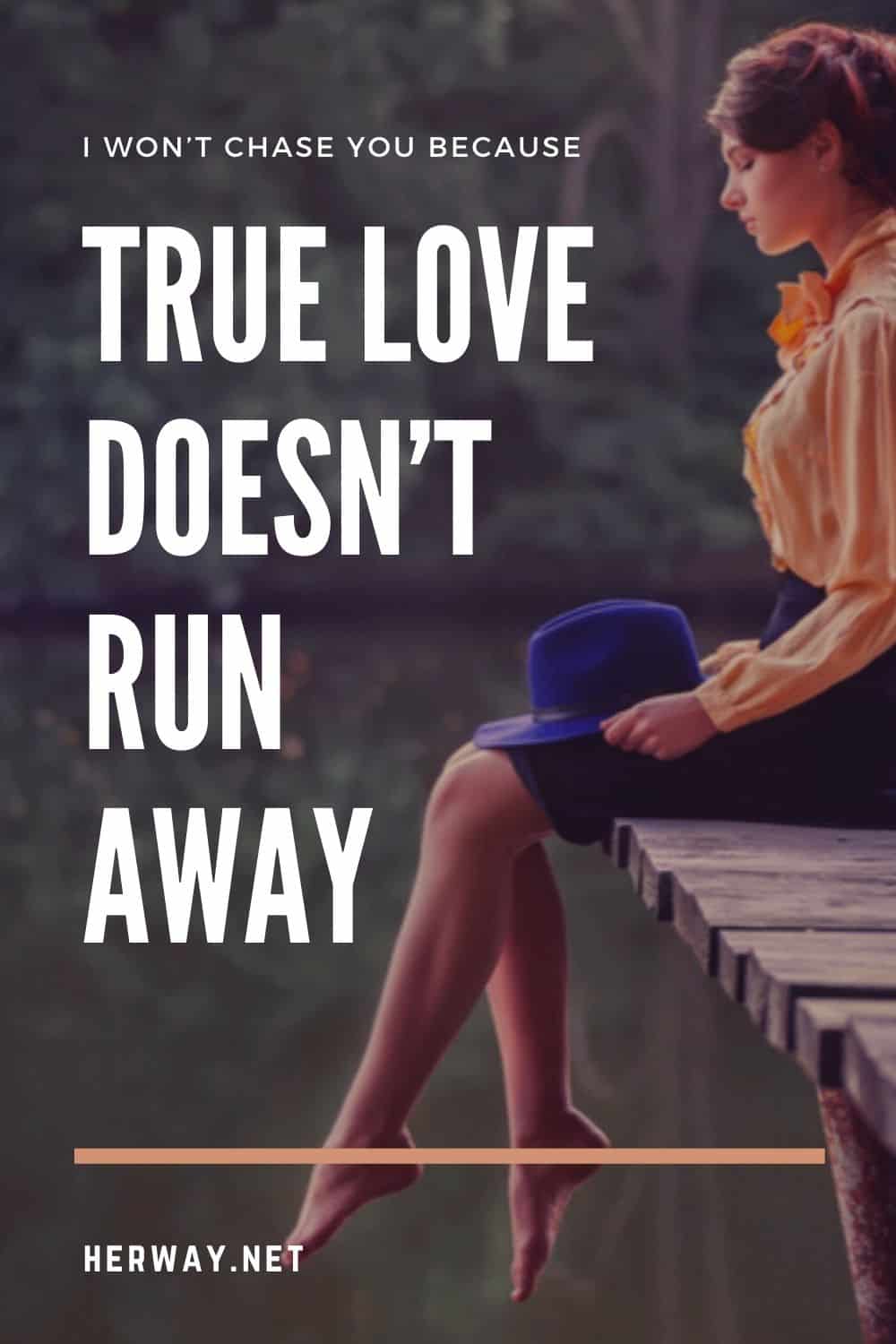 If He Doesn’t Chase You When You Walk Away, Keep Walking

If He Doesn’t Chase You When You Walk Away, Keep Walking