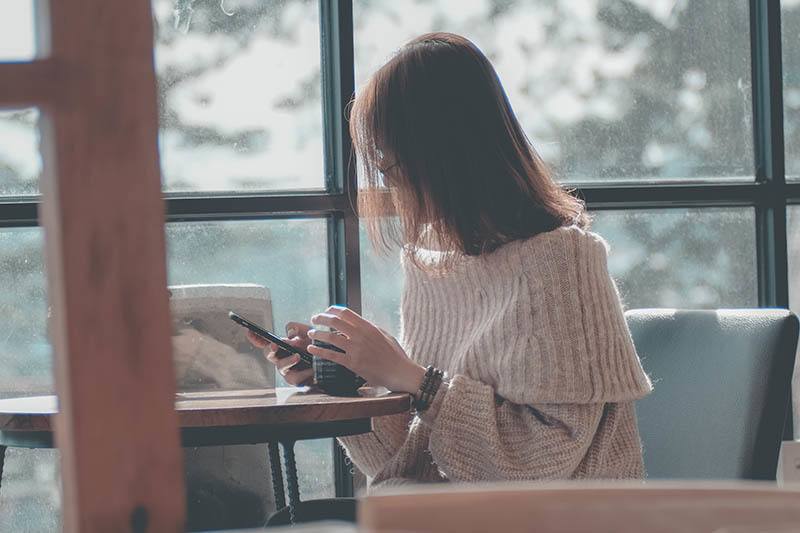 Texting secrets to help you knock his socks off sounds like something out of any girl’s dream… right? But guess what?

It’s not! It’s a reality, and you’re about to be really happy you are reading this.

Texting is something nobody can get away from these days.

Ever since the modernization of technology, people of all ages have found themselves in the midst of this texting craze, and whether we like it or not, it’s become as natural as breathing to us at this point.

But let’s all be honest. As nice as it may have been in the olden days when this type of communication was nothing but pure fiction, none of us can really imagine our life without being able to instantly message literally anyone we want on this Earth.

That’s a privilege in itself, and it makes our lives so much easier.

And when it comes to dating, texting is pretty much our saving grace.

You’re on a date with a guy and you don’t want it to end, so when you get home, what do you do?

You text him, and it probably goes on for an hour or two.

And if you didn’t have that option, you’d just be rewinding the night in your head, totally paranoid, afraid he didn’t like it as much as you did, but not being able to know for sure, and it would be nightmarish for you…

But texting assures immediate affirmation and an incredible sigh of relief when the guy immediately texts you he had the best time as well and can’t wait for round two.

But if you really want to blow his mind, there is a neat set of texting secrets that could make this whole process that much easier.

We, as women, oftentimes tend to get a little overly excited when we’re really crushing on a guy, that we let ourselves come off a little too overbearing while trying to seem effortless.

Texting secrets are really simple and nothing you can’t keep up with.

All that’s important here is that you don’t let your head get too lost while daydreaming of him in order to come off cool, collected and fun; all of which you are!

Instead of spending copious amounts of time trying to come up with the perfect thing to say and thinking about every little detail (and driving yourself crazy in the meantime), you can make him lust for you with just a few little tricks up your sleeve.

When texting, it’s advisable to try and be as clear as possible in a fun, casual way, so that your message is received loud and clear, and you’ve come off effortless and cute.

To make it as easy on you as possible, I’ve come up with a few cool, useful tips on texting to get your point across with ease and make him go crazy for you without having to break a sweat!

5 texting secrets that will make him go crazy for you!

1. Don’t think about the perfect conversation starter, and focus on making him smile!

When you’re starting to text a guy, it can a be a lot of work just trying to say the right thing at the right time and just hoping he gets what you’re trying to say without things getting lost in translation.

We always try to come up with the perfect thing to say that will allow for the conversation to continue for a while and be of substance and not just replying for the sake of being polite.

How about this. Instead of trying really hard to get his attention and making him have to reply, try to think of something cute, light and fun to say, something that will crack a smile on his face the minute he opens the text!

You’re the only one who knows what that could be. Perhaps something from your first date that happened and he thought it was funny?

Maybe you said something sassy to a guy who was trying to work you, and he thought you were a total badass handling it?

Think of something along the lines of that, remind him of how funny and cute you are, and he’ll start loving seeing your name grace his screen in no time!

If you’re still in the friend stage (but trying to level up) or if you’re already dating, teasing over text is one the hottest things you can do without having to literally barely move a finger.

Teasing is the sexiest thing you can do to your guy while texting to drive him absolutely bananas and make him can’t wait to see you again.

The texting secret here is to slowly torture him and make him wish he could teleport to you instantly!

Ignite that flame in him and give him visuals of what awaits him later on.

Tempt him using phrases you know he can’t resist and put all those sexy ideas in his head so that he won’t be able to think about anything else for the rest of the day.

Even if you’re still trying to get to the dating stage, you can totally innocently flirt and make him see just how sultry and eager you are, but in a subtle (though sexy) manner.

Let him know how much you’d enjoy his presence right now, but since you can’t… you’re just going to have to find something to do by yourself (which will make him want to come over ASAP).

3. Open-ended questions are the key to a quality conversation!

Don’t ask him things you know he can simply reply ‘Yes’ or ‘No’ to. Try to be more innovative.

Make him WANT TO reply something longer than a word or two.

Ask him personal things that he’ll have to (but also want to) elaborate on.

Create a positive, interesting texting environment where he’ll feel safe to share with you parts of himself that are personal and important to him.

That will slowly turn into a whole, substantial conversation, and before you know it, this guy will be opening up to you more than you both expected would be possible.

Just don’t be too invasive too soon. If you see he’s reluctant to speak on certain matters, table them for later when you’re more serious and more secure.

Follow his lead and go as far as you think he’d be okay with.

After the conversation, he’ll feel really pleased and feel safe to talk to you about almost anything, and you could soon become his number one confidante!

4. Share something personal about yourself that will make him feel closer to you!

There is nothing that connects people more than personal stories that are really important to us and make us who we are.

And sharing something deep with the guy you’re texting with might make him feel like you’re comfortable enough to tell him deeper, vulnerable stuff.

It will give him the idea that this is becoming something real and genuine.

Naturally, timing here is everything.

If you’ve only started texting and there are definite sparks there, wait it out, and keep it fresh and fun.

But when you sense you can share something more meaningful without potentially scaring him off, you can decide to tell him something about yourself that not many people know.

Test the waters first, and see if he’s ready for this. If you feel like he is, bring out the big guns.

As I’ve already mentioned, the texting secret here is nothing too complicated. It’s the simplicity of this that makes it so inviting.

Timing and pacing yourself are the only two factors you should be paying attention to here. The rest will come easily if the guy is right.

5. Don’t become complacent; aim to be fun but grounded!

Things could really be going well for you two, and you’ll feel really good about yourself.

You’ve won him over, the job here is done, and you don’t have to really try anymore.

Well that’s where you’d be wrong.

No matter how good you’ve become at texting and how crazy he may finally seem for you, you should never let it get to your head and completely stop trying.

Naturally, if he’s head over heels for you, you’ve done your job, but don’t show him you don’t care to try any longer once he’s hooked.

The guy deserves to know that even though he’s totally mad about you know, you’ll never stop being your cute, fun, and eager self.

And even though you’ve won him over, neither of you should stop wooing the other.

Once you become complacent, things can only go south from there.

Surprise him with a flirty, sexy text every now and then, and always show him that the spark is still very much there!

As long as you’re both putting in effort, you’ll be well on your way to a good, solid, healthy relationship. 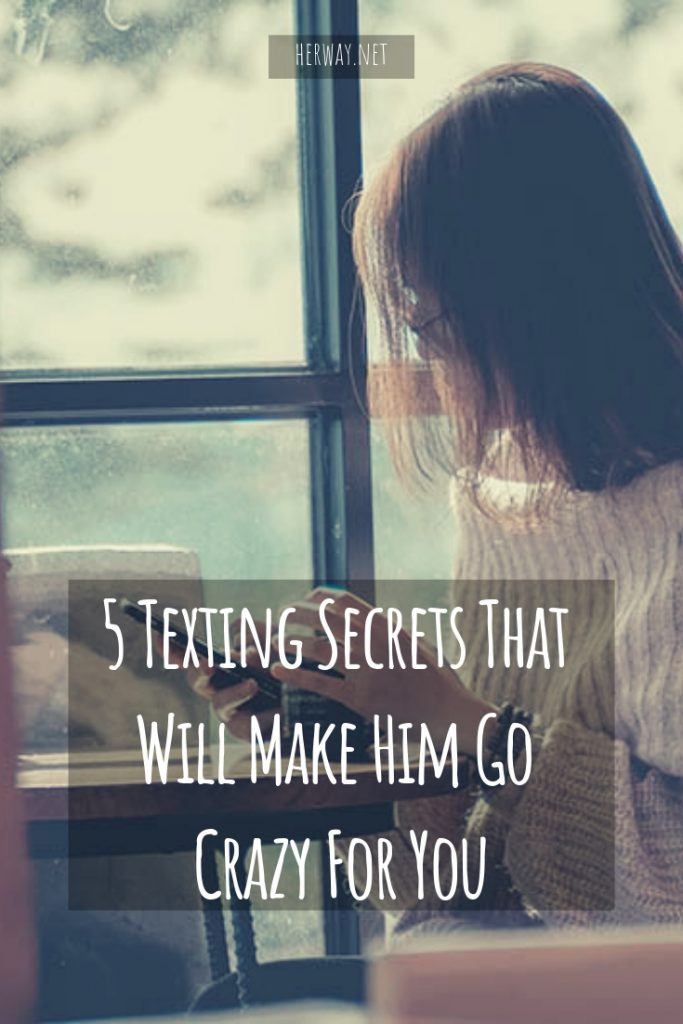 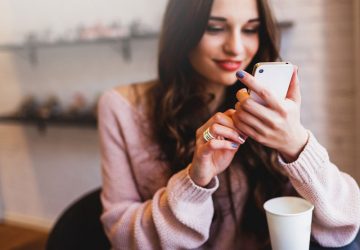 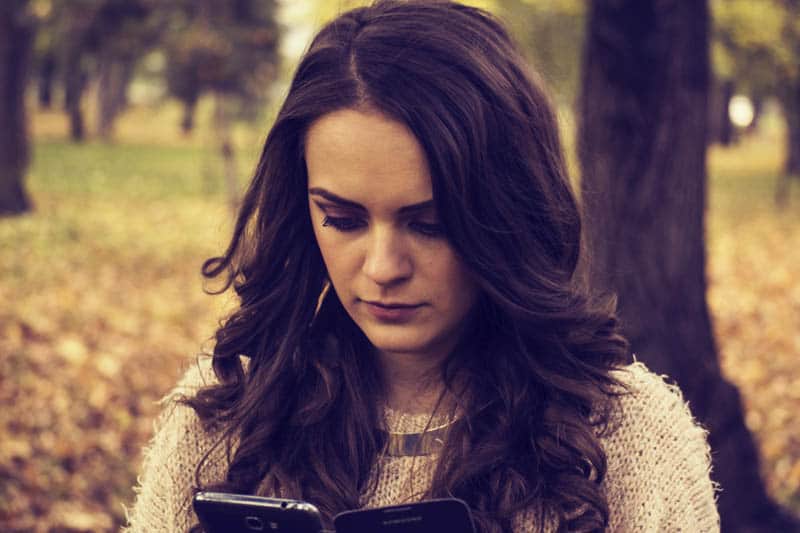 Sex With Friends? The 10 Biggest Secrets No One Will Tell You
Tara Brown February 25, 2019

7 Texting-While-Dating Rules To Make Your Love Life Easier May 13, 2019