Making love is not the same as having sex, despite the fact that almost everyone considers it to be the same thing.

Truth be told, it’s hard to differentiate between the two. But there is a major difference and it’s hidden in the level of intimacy from which you can read the signs he is making love and not just having sex.

Sometimes sex is just sex. It’s sexual tension, attraction and lust and a couple is just enjoying the physical part without getting involved in anything emotionally deeper. It’s a classic hookup with no strings attached.

However, if you share a higher connection and a deeper intimacy than just carnal pleasures with your partner, you are making love.

When a relationship is fresh, it’s even harder to differentiate between the two.

You still haven’t gotten to the phase where you talk too openly about things and you want to take it slow.

In other words, neither of you is completely sure what you’re doing exactly or what you’re feeling.

Signs he’s not just having sex, he’s making love. Whether you’ve just met him or you’ve been in a relationship with him for a while now, these signs will definitely help you resolve what’s on your mind.

1. There is a lot of locking eyes during intercourse

His eyes are all over you but there are moments when he stares deeply into your eyes.

It’s a way of connecting and building intimacy with you. He wants to know that you are feeling what he is feeling.

When you close your eyes, he will redirect his focus to your lips and your facial expressions.

He wants to know that you are enjoying it and he knows that your eyes and your face will tell him just how much.

2. The choice of position makes all the difference

If you are early on in a relationship and he starts with positions like doggy style or asks you to do a reverse cowgirl or any other position which prevents eye contact, he’s not making love to you—it’s just sex.

A man who wants to show you he cares will start with something simple like the missionary position or cowgirl, so he can maintain eye contact with you.

He knows you will feel so much closer during and after the act. In the case of lovemaking, even when you switch positions and he moves in from behind, he will want to show you his affection by kissing your neck or finding a way for you to look back at him.

3. Foreplay or a lack of it will tell you a lot

When a man is in it for more than just sex, he will value foreplay more than anything.

He knows it’s important to you and he wants to find a way to prolong your pleasure.

So he will probably start by making out and slowly undressing you and gradually move on to petting.

He knows it’s important not just for you two to be more intimate but to make you orgasm in the end.

4. There will be a lot of kissing

If feelings are involved, a lot of kissing will be involved in the process of making love.

He will want to kiss every inch of you to display his affection. Someone who is into something more casual won’t give any emphasis to kissing.

When a man is into you, he will take his time and enjoy every moment with you.

There is undeniable chemistry between the two of you and your sexual relationship is filled with passion, so by taking it slowly, he wants to ensure that the passion lasts as long as it can.

When a man has deeper feelings for you, quickies and pounding to get to the end result will not be in the picture.

6. He is more focused on your pleasure than his own

He wants to know that he is able to get you to come, so he will do everything in his power to make sure that happens.

He might even ask you upfront if you finished and if you enjoyed it because your pleasure will be his primary concern if he cares for you.

If not, he will just make sure his needs are met by not taking you into consideration whatsoever.

7. After sex, a cuddle session is mandatory

Cuddling is definitely the best thing to do after making love.

If he has deep feelings for you, he won’t immediately get dressed and look for an escape route.

He will open his arms so you can lay your head on his chest or use both of his arms to pull you in as close as he can. Cuddling will make the entire thing more special and more loving.

8. Even when you don’t have sex, he will stay the night

It’s funny how not having sex on occasion is the best indicator of somebody’s feelings for you.

Of course, one who genuinely cares for you won’t show up at your door and keep you company just when sex is involved.

When you are on your period, sick or for any reason unwilling to have sex, he will be by your side just the same, cuddling and snuggling all night long.

9. You are more vulnerable

Making love means letting somebody in. It means giving your heart and soul to another person, which is always very risky and not everyone is ready to do that.

But what is worth the risk if not love? Being vulnerable when it comes to making love—that’s actually a good thing.

It increases the level of ecstasy you are experiencing during intercourse.

You are both literally naked in front of each other and you are emotionally baring your souls.

If this happens, you will find yourself in a moment of incredible and unbreakable closeness with your partner.

It’s a complete surrender of your body, mind, and soul and there is nothing quite like it.

10. There is no acting, just complete honesty

When you are having sex, you aren’t necessarily always yourself. You can always pretend you are somebody else.

You can engage in roleplay, get into character and do things that are not quite like you.

For example, you might become submissive, things might get rough and you might give in to your animalistic nature more than your human one— which is also more than OK and can be quite fun if you are into it but it’s not making love in its essence.

Making love is complete honesty. You are both who you are. There is no room for different roles.

You are just two raw humans who are communicating their love and belonging through touch.

It’s pretty clear that dirty talk is reserved for having sex and the aforementioned roleplay.

Although you don’t really have to get into character, you can simply let your raw personality come out.

While doing this, there is room for being a bit mean and kinky without insulting anybody.

It’s just the way it goes and it can really increase arousal if both of you are on the same page.

On the other hand, making love is something completely different. It uses sweet, kind, loving words to increase intimacy and make you more aroused at the same time.

Although saying, “I love you,” is the first thing that comes to mind, there are also other sentences like “OMG you are so beautiful/handsome,” or, “I like those big muscular arms of yours,” or, “ Your kisses are amazing,” and so on.

A lot of research agrees on one crucial thing: an active sex life increases the level of happiness.

Making love does all of that but times ten. It’s better because you feel a certain level of safety, which is also one of the key elements of a healthy and strong relationship.

It means connecting with somebody—and not just sexually but also mentally and physically. It means uniting two souls into one.

13. With the right partner, there is room for both

It doesn’t have to be ‘either or’. It will depend on your mood, your fantasies and the vibe you share with your partner.

There is no need to limit yourself. Explore each other and your hidden desires.

It can only make your relationship grow and be filled with emotion and passion.

Guys who are only interested in sex won’t have any problem being all over you like a cheap suit.

They won’t feel ashamed of anything because the level of their confidence is sky-high.

They’ve done that so many times before. There you go, the first sign that he’s not making love but only having sex.

On the other hand, if the man you’re with expresses signs of being nervous, then he’s really making love to you. Nervous means you care and when you care, it’s not just sex.

He is very uncomfortable talking about his sex life to anyone, sometimes even including you.

Him being scared or nervous is really a good thing. It can mean he’s afraid to disappoint you or that he’s going to mess something up—both of these mean it’s not just affection, it’s love.

If he doesn’t care about these things, he has a reason for it and that is he’s not planning on anything more than just a casual relationship.

15. He communicates while he’s making love

If your partner communicates with you during or before sex, that’s a sign he really cares about you.

A person who doesn’t give a damn about you won’t care about your thoughts or opinions.

They are going to do their thing, not giving a damn if you’re having a good time or how you’re feeling. He is in it this once, so why would he care?

Communication doesn’t have to mean he is actually talking to you during sex; communication happens through body language.

If he is making love to you, he will read your body language like a book and give you exactly what you want.

I hope the question we asked at the beginning (‘What is making love and why is it so different from having sex?’) has been answered. All that’s left to do now is give some final thoughts on the subject.

Just having sex doesn’t have to include lovemaking. Making love is so much more. It’s an out-of-body experience.

It’s baring your souls in front of each other. It’s becoming one with your partner.

It’s creating firmer bonds. It’s happiness in one of its most intimate forms. 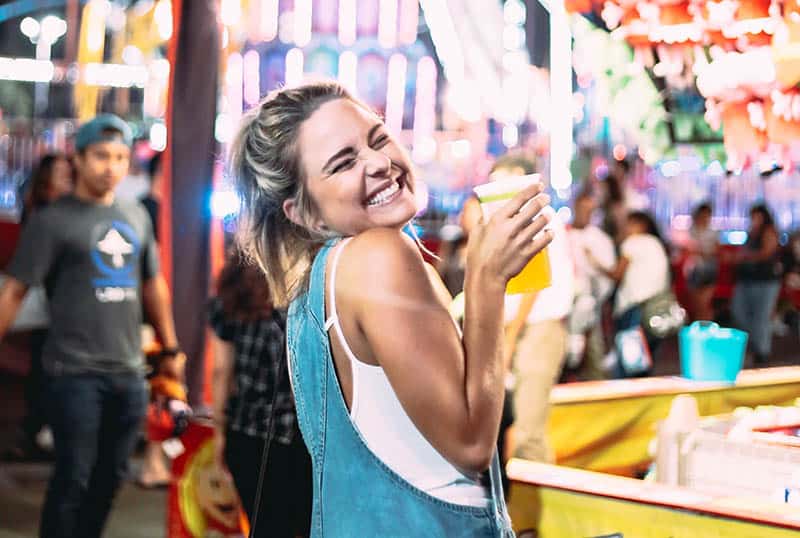 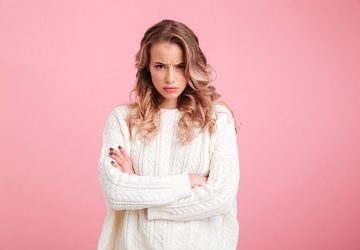 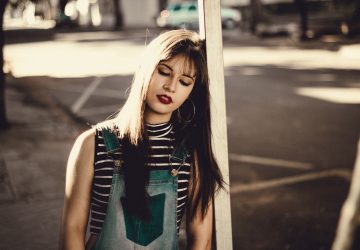 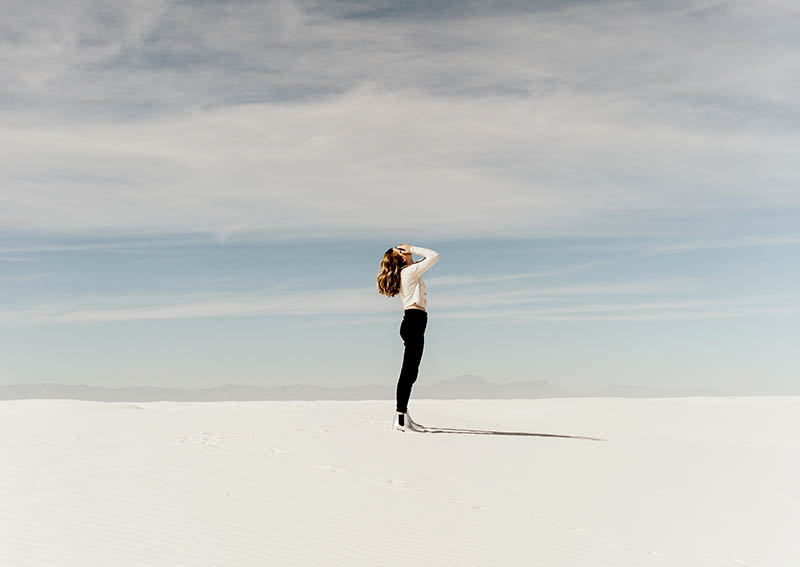 I Hate You For Making Me Feel It Was All My Fault
Inna Williams March 22, 2020