This Is Me Finally Walking Away From A Toxic Manipulator 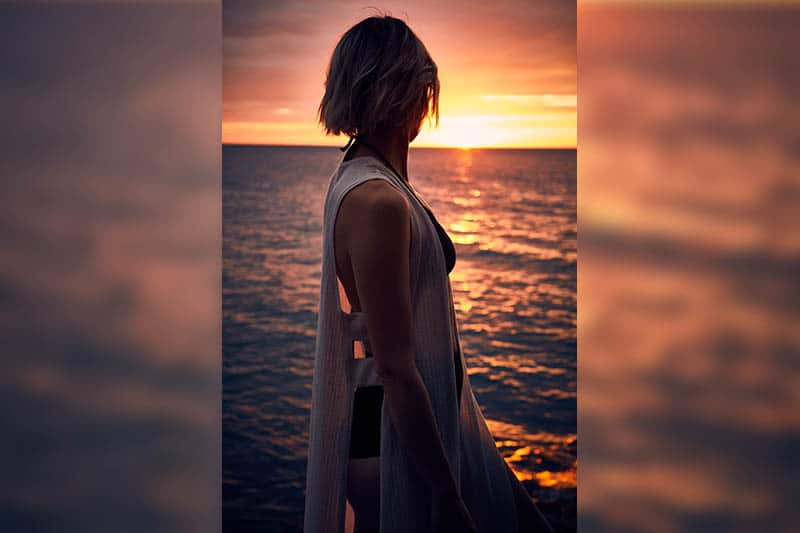 And then I gave you another chance like I always did.

But, of course, nothing changed. Those promises and fake breakdowns you had were bullshit. You did it every time you sensed I was going to leave. So, to keep me and destroy me a little bit more, you lied. You guilted me into staying by giving me false hope, making me believe you’d turn another page and start over.

If He Does These 6 Things, He's A Toxic Manipulator 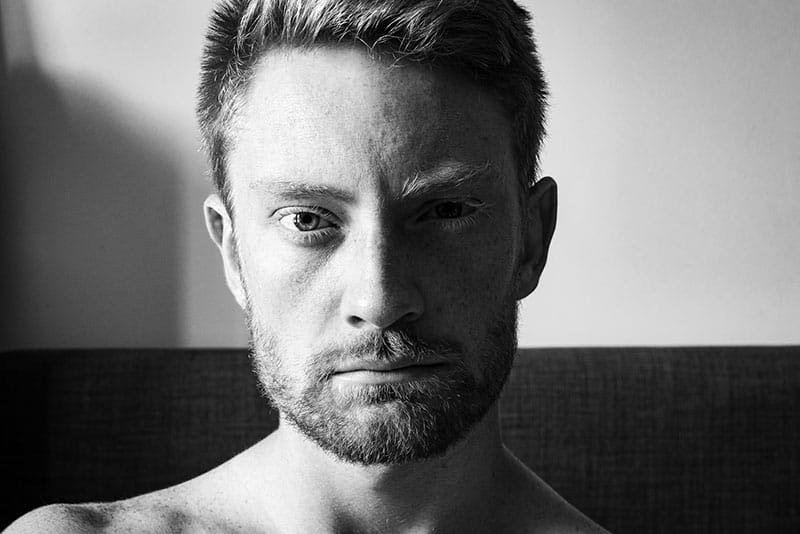 You took everything I had. You took my heart and my soul and you tortured them. You wanted to have someone by your side, someone in your own image, someone who suited you. I wasn’t that person and you didn’t want to admit it, so you tried to change me and at some point you did. You made me become someone else, someone you would like me to be.

At first, I didn’t understand what you were doing. I thought we were fighting like any other couple. I thought we were two difficult personalities who had a hard time finding a compromise. But, as time passed by, I realized that all of it was a lie.

I realized I was the only one trying. I was watering a dead plant, hoping it would come back to life and it broke my heart into a million pieces. It was all your doing.

You broke me when you made me feel like I was the crazy one. You acted so innocently and you always managed to put the blame on someone else, on me. You gave your best to convince me of things that weren’t real, things that didn’t happen. At first, I knew that whatever you accused me of was not true. And every time I confronted you, you had such good excuses, such believable excuses. After some time, I started doubting myself. I started thinking that something was wrong with me. I believed your lies and I thought it was all in my head. I thought that you were right. That is how you took away my self-respect. After that, you could do anything you wanted with me because I couldn’t trust myself anymore.

You broke me when you began to control me. You didn’t have respect for who I was. You acted like I was your property and not another human being. All my needs and feelings were crushed to dust. But nothing mattered, as long as you were happy. Bit by bit, you completely isolated me from everybody else. My world suddenly became yours. My identity was gone. I was no longer myself because I became an insignificant part of you. You pulled me into your shadow because that was the only way you could feed me with your toxic thoughts. That was the only way you could control me. You had to hide me from the world because you didn’t want the world to open my eyes.

I Hate Who I Am With You, So I'm Walking Away 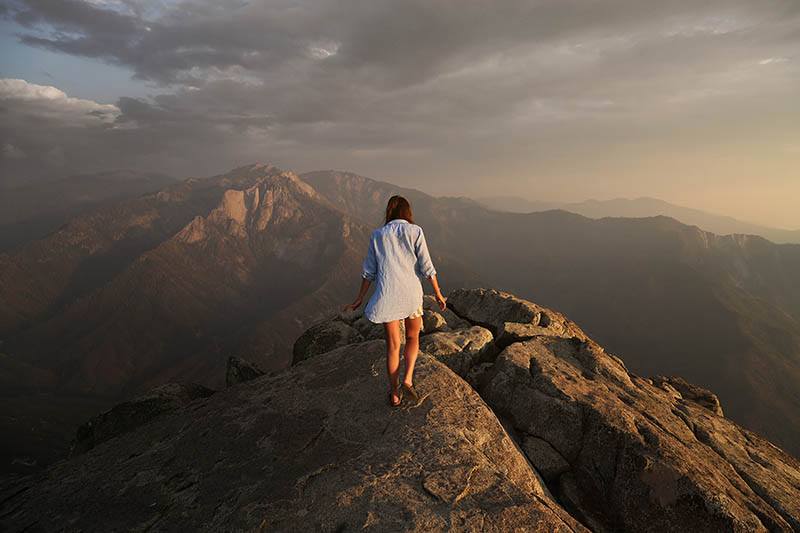 You broke me when you acted like you were something that you were not. You were a first-class act. I’d never seen so much talent for acting. In the beginning, you were so perfect that I had the feeling you could fulfill my every wish. I had the feeling that you would make me the happiest woman alive. You were moving mountains for me and you made my every wish come true. But, that didn’t last for long. Slowly, your act was getting weaker, you started to crack because no one can act for that long. And then, finally, your mask fell off and you showed me your true toxic self. You cheated, lied and manipulated me. Not only did you do all those things to me, but you made me believe you were the victim. You made me believe that I was abusing you with my reckless behavior and my actions.

You broke me when you didn’t respect my boundaries. You never respected me enough to care about me. You never saw me as another human being, breathing and living by your side. You only saw me as a source on which you fed, as a source to build your toxic strength on. We all have things which we tolerate and things which we despise. Well, you didn’t allow me to have either. You thought you had the right to decide what was right and what was wrong for me. Even when I fought against it, you ignored it and continued to do things your way.

When I realized that I’d completely lost control over myself and when I saw that I was not in charge of my life anymore, I opened my eyes. I didn’t care about what was going to happen to me. I wasn’t afraid of you anymore because I knew that anything else was better than spending the rest of my life with you. That is how I managed to escape.

I became indifferent. I didn’t care anymore. I stopped fearing you.

When I woke up from the nightmare you put me in, when I finally saw what you were doing to me, I couldn’t leave just like that. It wasn’t as easy as it seemed. The realization was only the first step in reclaiming my life. I had a long way ahead of me. Actually, I still do.

I Hate Who I Am With You, So I'm Walking Away

I have to give myself some time to heal. I have to cry and I have to be angry. I have to let my heart heal on its own. I have to feel like shit because I let someone control me in that way. I have to pick up what’s left of me and put it back together. I have to survive the time that’s ahead of me.

I have to get my self-respect back. I have to understand that I am someone who is worthy of love. I have to convince myself that my voice matters and that my words do not disappear into the air. I have to give myself another chance for life because I deserve it.

I have to start loving myself again. I was a beautiful person. I had flaws like we all do, but those flaws don’t represent what I am. I have to learn to appreciate and love the real me because that is the most beautiful part of me—that something that lies deep inside, my true self. I have to decide that I won’t change for anyone’s sake because if someone doesn’t like who I really am, then he is not worthy of my love.

I have to forgive myself and love myself again because that is the only way I could love anyone ever again.

I have to forget you and give myself another chance to live.

If He Does These 6 Things, He’s A Toxic Manipulator

I Hate Who I Am With You, So I’m Walking Away 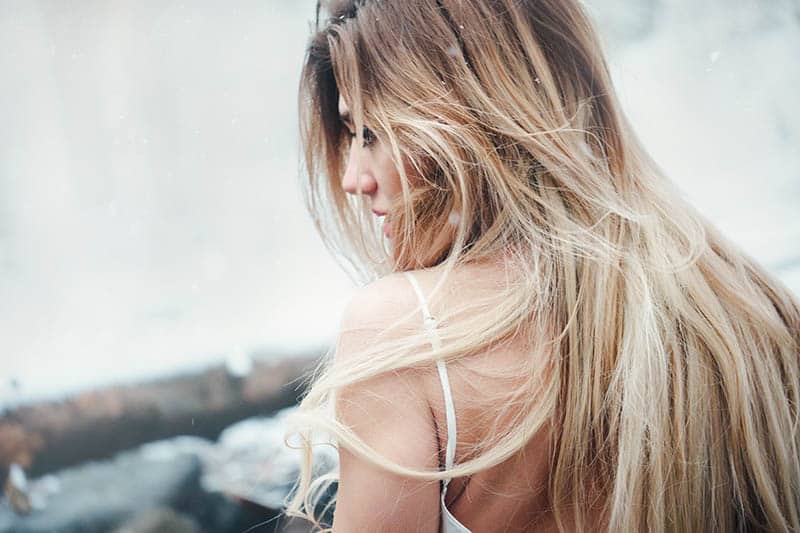 I Am Not Trying To Get Your Attention, I’m Really Walking Away

If He Does These 6 Things, He’s A Toxic Manipulator

I Hate Who I Am With You, So I’m Walking Away

I Am Not Trying To Get Your Attention, I’m Really Walking Away