If He Has These 10 Traits, You May Be The Victim Of His Narcissistic Abuse 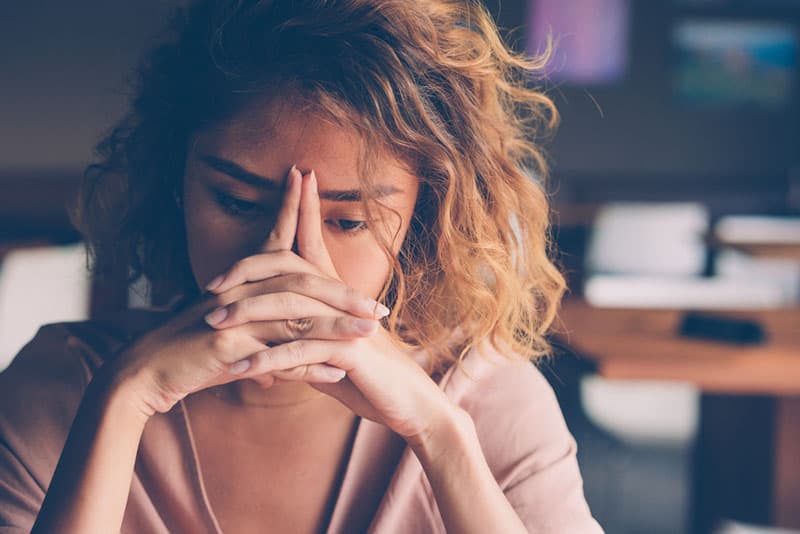 Fairy tale. You’re living in a fairy tale. It’s so beautiful. The man you’re with is everything you ever wanted in a man.

He is a gift sent from heaven. He is the man you’ve been waiting for your whole life.

Don’t fall for the cheapest trick in the book.

Don’t get me wrong, it’s okay to have a honeymoon phase. You’re still in love like a fool which makes you blind to his shortcomings.

Later on, those ‘flaws’ come to surface and in a normal relationship, you learn to live with them.

After all, you’re not perfect either. There are definitely things about you which drive him crazy, too.

They are even more appealing than psychologically healthy people.

Well, our predators don’t have any indications of being hunters. They look and act like everyone else. But that is the catch.

That is exactly their biggest weapon against us. That is how they get us.

Narcissists fit perfectly in the world of honest and loving people. They sneak their way into our life and start feeding themselves on our energy and our life until they leave us completely drained.

The saddest thing is that they keep doing it until it’s too late for us to run away without any serious consequences.

But enough with their terror already! I’m not going to observe and do nothing while so many women lead the battles of their life.

I’m going to help you recognize a narcissist while it’s not too late, while there is still a chance for someone to save themselves.

This is what every narcissist does. These are their hidden traits which can tell you so much.

You just need to open your eyes and set your feelings aside.

1. Every narcissist is one person at home and completely another when you’re out

Narcissists have two sides to their personality. One is especially for you and the other is for everyone else.

Or better said, one is who they really are and the other one is what they want people to see.

Outside, your narcissist is charming and simply perfect. People are laughing at his jokes and absorbing every little thing he says.

His stories are incredible and he is even more perfect.

When you get home, that perfect man turns into a demanding and suffocating manipulator. He becomes impossible to deal with.

And if his terms are not met, he gets even worse.

2. They criticize, but can’t handle being criticized

They are thin-skinned which means they can’t handle criticism, not even constructive criticism.

They immediately think you’re coming at them when in fact, you’re just trying to point out some things to help them become a better person.

But, when it comes to you, the rules are different. He’s judging you every chance he gets.

He’s observing every step you take and if you make even the slightest mistake, he’ll be all over you like a bloodthirsty wild dog.

3. They are obsessed with themselves and completely ignore you

They oversell their achievements and they blow their talents out of proportion. Everything you can do, they claim they know better.

They never show it though but their story is unbelievably truthful. People believe every lie they say.

When you do something that is really praiseworthy, they immediately undermine your success or they go all drama queen on you just to steal your spotlight.

So, your achievements go unnoticed while his ‘attempts’ (even though he never did anything noticeable) are praised.

4. They are incapable of having a meaningful relationship

Even though you and everyone else would think he has a ton of friends, every narcissist is actually all alone.

They have acquaintances, people they can talk to about superficial things, but their relationships don’t go further than that.

The reason for that is they lack empathy, therefore they are incapable of establishing a relationship with another human being.

The only thing they know how to do is catch you in a trap and pretend they care for you for as long as you’re giving them their narcissistic supply.

5. They feed on power but they are cowardly afraid of failure

There is an image which follows them, an image they created for themselves. Almost every narcissist is surrounded by power and apparent ‘success’.

Actually, they are not that successful nor powerful. They just know to present themselves like they are.

What really goes around in their mind is an enormous fear of failure. That’s why a narcissist will never admit he did something wrong.

He will never apologize for anything.

In those situations, he will divert you onto something else, usually something you did wrong, or change the topic of the conversation so he is no longer in the spotlight.

6. They give affection only when it suits them

Life can be beautiful with a narcissist—for a few days. Seriously, when you’re doing everything he wants, he will give you all the love you need. I mean, it’s not real love, it’s affection.

Narcissists are unable to love anyone. But they are able to show affection if it benefits them in some way.

As soon as he doesn’t need anything from you, he will take that affection back. He will act like you’re a nobody, like you’re not worthy to breathe let alone anything else.

A narcissist will pick on you, he will provoke you until you lose it and say something back at him. That’s a perfect way to start a fight.

And sadly, that is exactly what he wants.

When your relationship is in complete chaos and when you’re falling apart, it’s the paradise they’ve been dreaming of. In those moments, they are at their peak. They are absolute rulers.

In case you come back at them and attack them verbally using legit arguments, they turn defensive.

You can’t break them, no matter how hard you try because their manipulative tactics are impeccable. In the end, you are the one left broken while they are stronger than ever.

8. Narcissists are obsessed with order

As already mentioned, narcissists lack empathy. Because of that, they are unable to see anything other than black and white.

If you could look at the world through their eyes, you would only see things as simple as that. For a narcissist, there is no in-between. Either it is or it’s not.

Some of them are obsessed with cleanliness and order and if anything falls out of its place, they lose their mind and take their rage out on the first person they see.

They don’t need a reason. They don’t even have one.

9. They depend on the attention they’re getting

Enjoying the spotlight is their drug. Other people’s attention is what gets them going.

And you know what? There is no place on that stage for anyone other than a narcissist.

Their need for attention goes so far that when your friends are talking about someone else in a positive way, a narcissist sees it as a personal attack.

Right that moment, the conversation and the spotlight have to come back around to them.

10. They are emotionally exhausting and completely clueless

They have no idea they are the source of every problem. They emotionally drain the people around them and they pick fights every chance they get.

The pain which they cause on a daily basis is enormous and they are completely clueless that people feel that pain. Since they are emotionless, they cannot understand other people’s emotions either.

Actually, when you look a bit deeper into their behavior, when you sit and analyze why someone is acting the way they are, things won’t be so unclear anymore.

Narcissists lack empathy because they probably never had someone in their life to show them what empathy is and how you should treat people.

Narcissists cannot handle criticism and have to present themselves as the best possible because they are insecure to the bone.

Sadly, they are going the opposite way when it comes to handling their fears. They are doing the worst things possible for the people around them and in the end, for themselves, too.