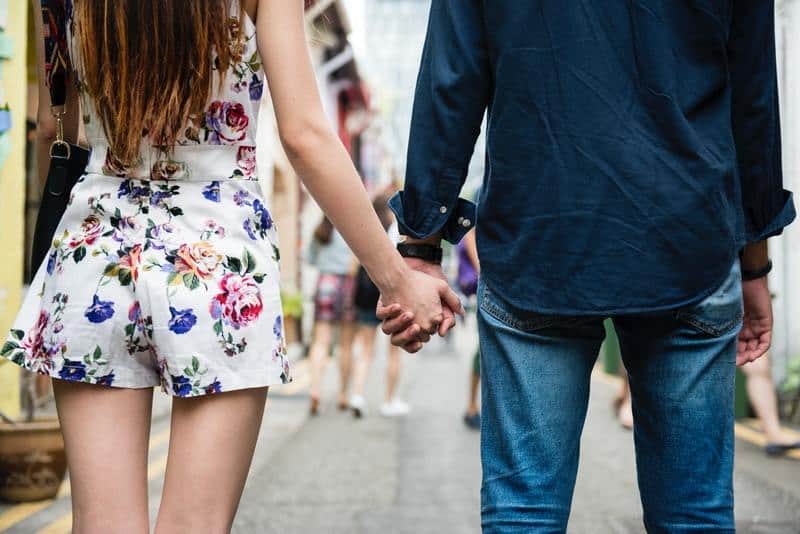 It takes just a little bit to send us over the edge, which brings problems into our relationships.

On the other hand, as we get so easily angry with our other half in a relationship, we don’t accept an apology so lightly.

Face it, all of us have that no-one-will-screw-with-me attitude because it’s hard to forget what someone said or did that bothered us.

Well, relationships are not about resentment or suppressing anger. They aren’t about keeping score of who did what and when.

All of us keep forgetting that. Relationships should be about love and the ability to forgive and move on.

No one is perfect. Not you, not him, and not your relationship.

Where am I going with this?

Having said all of that, I want you to realize that no matter what type of a girlfriend you are, you can be the best girlfriend by checking out these 15 tips for success.

If you mean well and you sincerely love the person you’re with, you are indeed a good girlfriend.

Nonetheless, I know you still have your doubts.

That’s why we are going to move on to the more analytical part of the article, to make you totally confident you’re behaving exactly as you should.

If you do at least 7 out of these 14 things, you are a GOOD GIRLFRIEND

1. You are a perfect combination of clingy and independent

No man will tell you he enjoys his girlfriend being around him all the time.

No one likes people who act like a lost puppy in a relationship – women who don’t do anything by themselves and act like they have no life outside of the relationship.

On the other hand, no one wants a woman who is too independent and doesn’t need you for anything.

If she can do everything by herself, what’s the point of being in a relationship?

A perfect girlfriend knows how to move her way around in the happy medium between being clingy and independent.

A perfect girlfriend hangs out with her boyfriend, spending time doing things together, but she has a life outside of the relationship with her friends and family, like everyone is supposed to have.

You know you look good and you feel good about yourself. You don’t need anyone to keep telling you that you rock.

You are perfectly aware of that, but you don’t misuse it. You’re not an ass to others just because you are confident.

Men love girls who are not obsessed with whether or not they look good and people like them.

The fact you are not planning on changing for anyone because you like yourself the way you are is what makes you unique and interesting.

Your personality and your mindset the way they are, make you a good girlfriend.

3. You do nice things for him

Everyday life can get you into a boring routine.

Before you know it, you find yourself doing the same things over and over again, which endangers your relationship.

Even couples who are together for a bit longer face these problems.

That’s why the fact that you do small nice things for your boyfriend makes you a great girlfriend.

You make him coffee in the morning, you leave him a cute note on a table or you write him a love paragraph.

If you do these or any of other selfless things for him, it means you’re willing to keep the relationship alive even after so much time spent together.

You’re not childish; you’ve outgrown the high school phase of dating and all the problems that come with it.

Well, that’s what men are looking for – a mature and grown-ass woman who doesn’t act like a spoiled brat.

Men want a woman by their side who is equal to them and who can challenge them on an intellectual level.

Men need the challenge and you have the brains to do so.

5. You never compare your relationship with someone else’s

Although it’s extremely hard not to compare what you have with what someone else has, you somehow manage it.

Seeing all those selfies of happy couples on social media doesn’t make it easier to only look at your relationship, but you are confident enough and smart enough to know that nothing is exactly what it looks like.

God knows what happens between that “happy” couple when they are not pretending to be the happiest by posting cute selfies on Instagram.

Sure, you’re not made of stone and you have critical moments too when you can’t help but wonder if you are as happy as they are.

Fortunately, you’ve always made it through.

First, you’ll never cheat. You never even thought of cheating. Second, you always have your man’s back.

You’ll always stick up for him.

It doesn’t matter if he’s right or wrong, the point is you trust him and you care enough to defend what he believes in, even if you don’t.

Devotion is something all men appreciate. If you behave like that in a relationship, trust me, they will return the favor.

You talk to him about what he wants. You listen to him talking about his dreams, about things he’s passionate about.

Even if those things don’t mean anything to you, you’ll respect them and you’ll help him get there any way you know how.

If you can’t do anything except listen to him and hear out his problems, you’ll do it because that is the only way to encourage him to never throw in the towel.

You are well aware of the fact that men and women are from two different worlds. We don’t function or think the same way.

That’s why you won’t make him do girly stuff, the stuff he doesn’t feel comfortable doing. You don’t want to make him feel less manly.

You won’t follow him around making sure he doesn’t do something stupid.

He needs to go out with his guy friends and do things guys do.

9. You don’t force him to be a romantic

You know it’s not his thing. He shows that he loves you in different ways. So, you don’t pressure him into doing romantic gestures for you.

You know he won’t feel good because that’s just not who he is.

Even though you see this happening around you with your friends, you don’t care that your man is not like that.

He has plenty of unique ways to show how much he cares about you – and you’re more than okay with that.

10. You make him want to improve himself

You are his support in all situations and you make him want to become an even better person than he already is.

At some point in their lives, a man finds himself feeling responsible about his future and, in most cases, that happens because of a woman.

You see, this is how you positively influence his life. You make him want to change and be better.

11. You won’t take your anger out on him, even if you’re having a bad day

I know it’s hard to keep your emotions under control. Some days you just feel simply bad; you aren’t in the mood to talk to anyone, not even him.

But when those days come, you don’t unleash that frustration on him.

If it’s necessary, you’ll go away; you’ll get out of his way to not cause a scene because you’re well aware that you’re a bit edgy, so you might misunderstand things he says or does.

Basically, if you’re feeling a bit bitchy, you’ll move out of his way.

12. You won’t let him neglect his friends and family

A lot of men do this when they enter relationships. A lot of them act like they no longer have friends, just because they’ve found a girlfriend.

This behavior is shitty and you’ll never let him do something like this.

You make sure you remind him how important it is to stay in contact with the ones you care about.

Maybe it’s not as necessary to do this with friends as it is with his family.

Men get like that; they don’t have the need to call their mom just to say they love her, but that’s why they have you to remind them it’s a nice and loving thing to do.

13. You’ll try new things, even if you don’t like them

You’ll do it for him.

If something means so much to him, you’ll keep whatever your opinion is about that particular thing to yourself and you’ll try it because you love him and you want to make him happy.

After all, if getting you to do something new with him is another chance to spend more time with the person you love, why not?

Maybe there are a few things you want him to change, but overall, you love him for who he is.

When you think about it, it’s not fair to ask someone to change after you choose to be with that person the way they are.

Your boyfriend appreciates that you’ve accepted him with flaws and all.

After all, you aren’t perfect either. 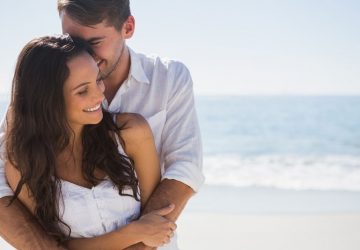 How To Be A Good Girlfriend: Raise The Bar With These 20 Simple Tricks! 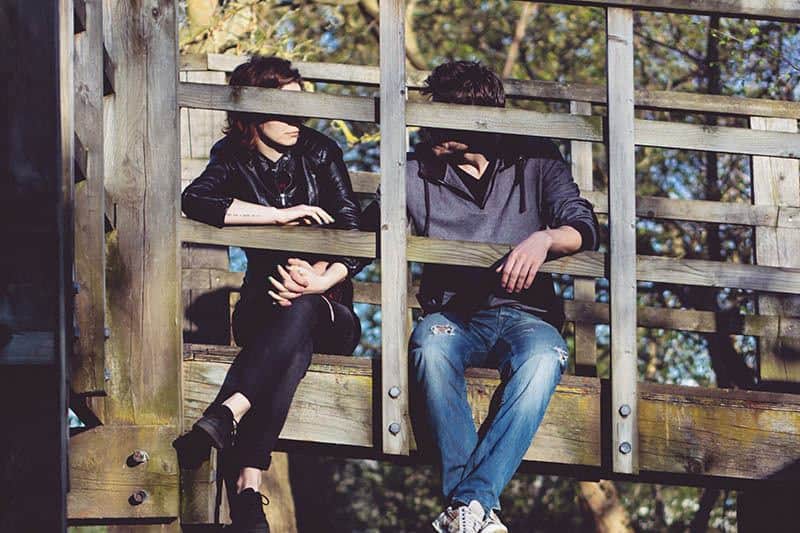 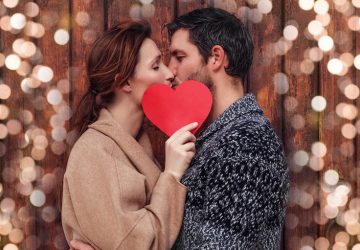 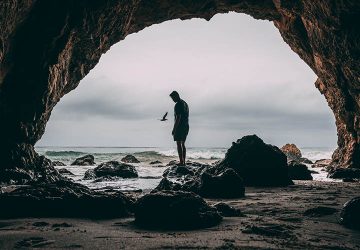