There comes a point in every relationship when things change from being more casual and light-hearted to something a little more serious. You start to meet each other’s friends and families. You become Facebook official.

You start to leave some things at each other’s houses. You spend all of your spare time together. You have your own cute little nicknames. It’s officially ‘a thing’.

However, for many people, getting to that stage can be a little confusing. Trying to figure out whether you’re official or whether your partner actually wants to be official can be a bit of a mess.

Especially when you’re 100% certain that you want to take things to the next level. Ladies—we’re sorry to tell you, but sometimes, if you’re not sure he’s ready to commit; he probably isn’t. It’s a bitter pill to swallow, but sometimes you need to read between the lines and figure out that he’s just not ready to commit.

Here are the signs he’s not ready to commit, but you probably just don’t want to see it.

Has he met any of your friends or family yet? Have you been introduced to anyone in his circle? If he’s super comfortable around you when it’s just the two of you but a little more reserved when anyone else is in the mix—he’s probably not ready to commit.

When you become committed and exclusive, you start to socialise in each other’s circles. If this isn’t happening, then maybe you need to take a step back or have a conversation about where you’re at as a couple.

If he leaves you hanging, cancels plans or perhaps is a little reluctant to commit to times and dates, maybe he’s just not ready to commit at all.

In a committed relationship, you can depend on one another, and you’re comfortable making plans for the future (or even next week!). If this isn’t happening yet, chances are he’s not ready to commit.

If he’s dragging his feet in any sense of the word, then this is a red flag for commitment issues.

Whether that means he’s taking baby steps in your relationship and not showing you he’s serious, dragging his feet when attempting to make plans, or making excuses as to why you haven’t met any of his friends or family yet—if you feel like he’s holding back, then he IS. Any of these signs mean he’s probably just not ready for commitment.

See also: Telltale Signs He’s Not That Into You 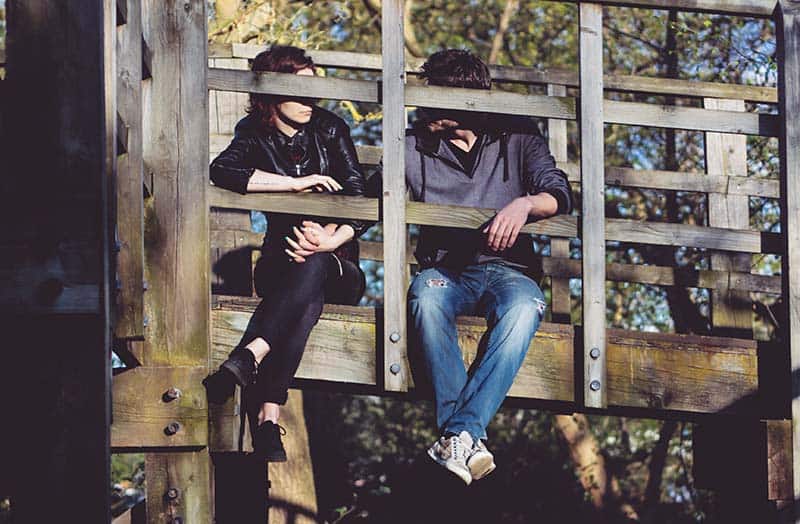 If he avoids any kind of serious conversation with you about your relationship status or the future of your relationship, then take this as a warning sign that he isn’t ready for commitment.

If he’s trying to keep things casual between you two, then he probably isn’t ready to commit. If he’s reluctant to sleep over or perhaps holding back when it comes to planning that holiday you discussed, or simply wants things to remain a little more relaxed and less intense, this means he’s not ready to commit to you on a serious level.

Of course, if you’re happy to take things at a slower pace and work towards commitment together, then you can take these signs as a warning you’re pushing him too fast and slow down, letting things happen naturally.

However, if you’re ready to commit and your man is displaying these signs and that just isn’t enough for you—you’re going to need to have a serious conversation about your relationship.