Whenever I have a crush on someone, I turn into this: I can’t sleep properly, eat, or socialize with other people without always thinking about that one person, aka the object of my affection (and the main cause of so many sleepless nights).

After a few days/weeks or even months of fantasizing about him (my dream guy) and spending tons of hours on his social media profiles, I usually gather some strength to ask myself that famous question: Should I tell him I like him?

Note: Every guy I have a crush on is my dream guy (silly, I know).

My mind becomes occupied with the following thoughts: You should tell him you like him. If you don’t do it, some other girl will. What if you lose him because of your overthinking and waiting for him to make the first move?

Wait, I never even had him, so I certainly can’t lose him! I swear to God. I’ll never have a crush again. Wait, I don’t even have control over that. My life is over – the end. Wait, Do I even like him?

After a few days of intensely thinking about all the pros and cons of telling a guy I like him and consulting with all my friends on what I should do, I always get the same answer: You should tell him you like him.

When I ask them why they tell me this: Because you have nothing to lose.

I become speechless for a few seconds thinking to myself: OMG, that makes perfect sense. Why haven’t I thought of that before?

If I tell him I like him, I will know whether he likes me or not. Either way, I’ve got nothing to lose.

Either way, I win because if he likes me, I’ll be the happiest person in the world, and if he doesn’t, I’ll be sad for a few days, but then I’ll be grateful for not wasting any more time thinking about him.

After all that comes the hardest part, which is learning how to tell a guy you like him. Do I simply tell him that I like him out of the blue, or should I do it in a more subtle way? This dating thing is really frustrating.

If you’re feeling the same way as the old me, here are all the lessons that I’ve learned when it comes to telling a guy you like him.

Contents show
1 Lesson 1: There’s nothing wrong with a woman making the first move!
2 Lesson 2: SELF-CONFIDENCE, girls.
2.1 Sub Lesson 1: Being in love with yourself is mandatory.
3 Lesson 3: No matter how anxious you’re feeling, you won’t die.
3.1 Sub Lesson 2: Overthinking is forbidden.
4 Lesson 4: Simplicity is your best friend.
5 Lesson 5: Your vibes are more important than your outfit.
6 Lesson 6: Expect the best-case scenario, but also be prepared for the worst.
6.1 Sub Lesson 3: “Twenty years from now, you will be more disappointed by the things you didn’t do than the ones you did do.” – Mark Twain

Lesson 1: There’s nothing wrong with a woman making the first move! 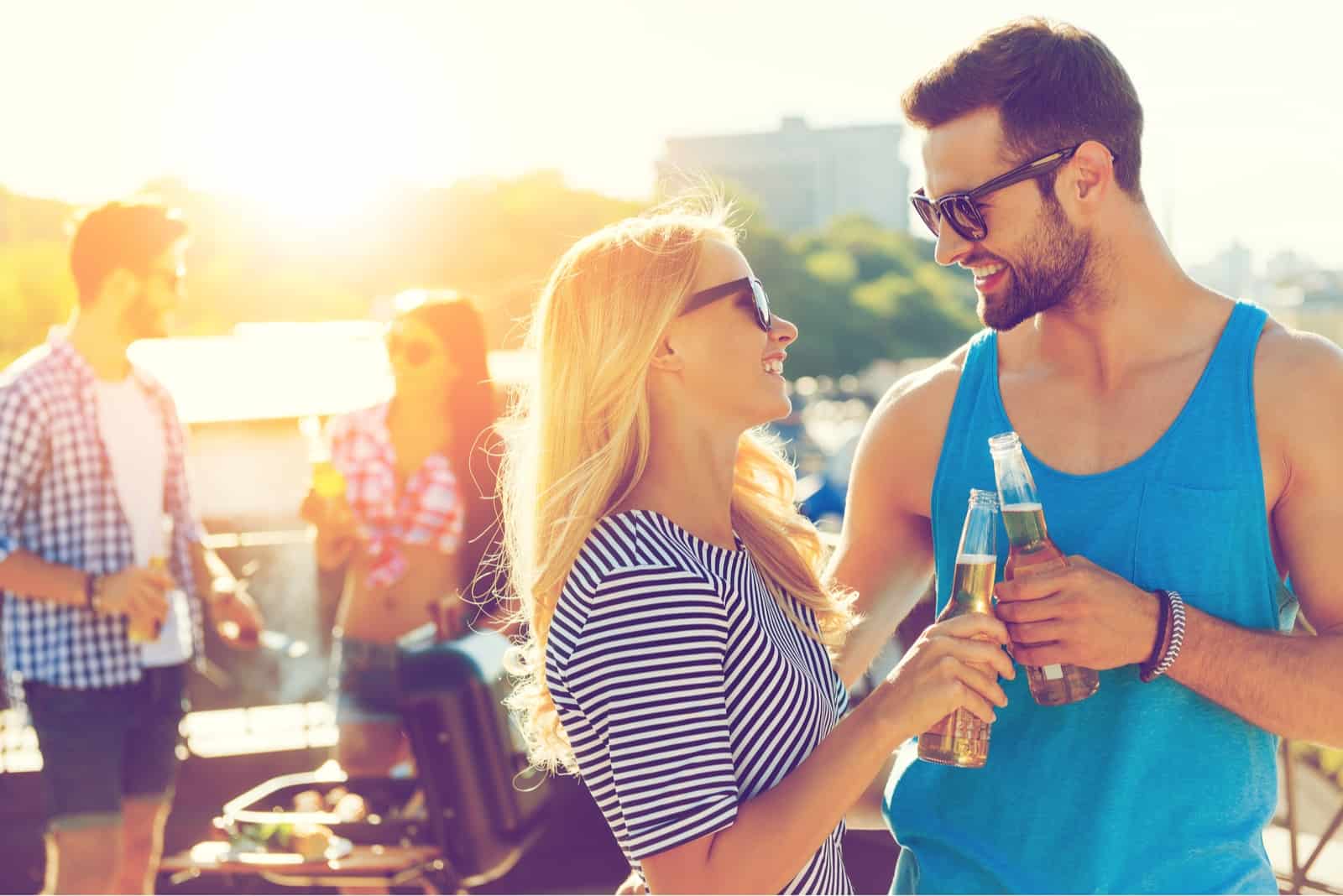 Seriously, girls. There’s truly nothing wrong or shameful about a woman making the first move. If you don’t think that way, you should discard this gender stereotyping immediately.

Even though you will rarely see a girl making the first move in the movies, this doesn’t mean that it’s prohibited.

Right, girls! So, you have two choices here:

If you choose the latter, you have higher chances of winning him over. Why? Because finding such a bold and confident woman who is not afraid to approach men first is rare.

If you approach him first, he won’t think of you as being desperate or an easy target.

He will think of you as a woman who knows what she wants and is not afraid to get it. THAT’S the kind of woman every man is dying to be with! 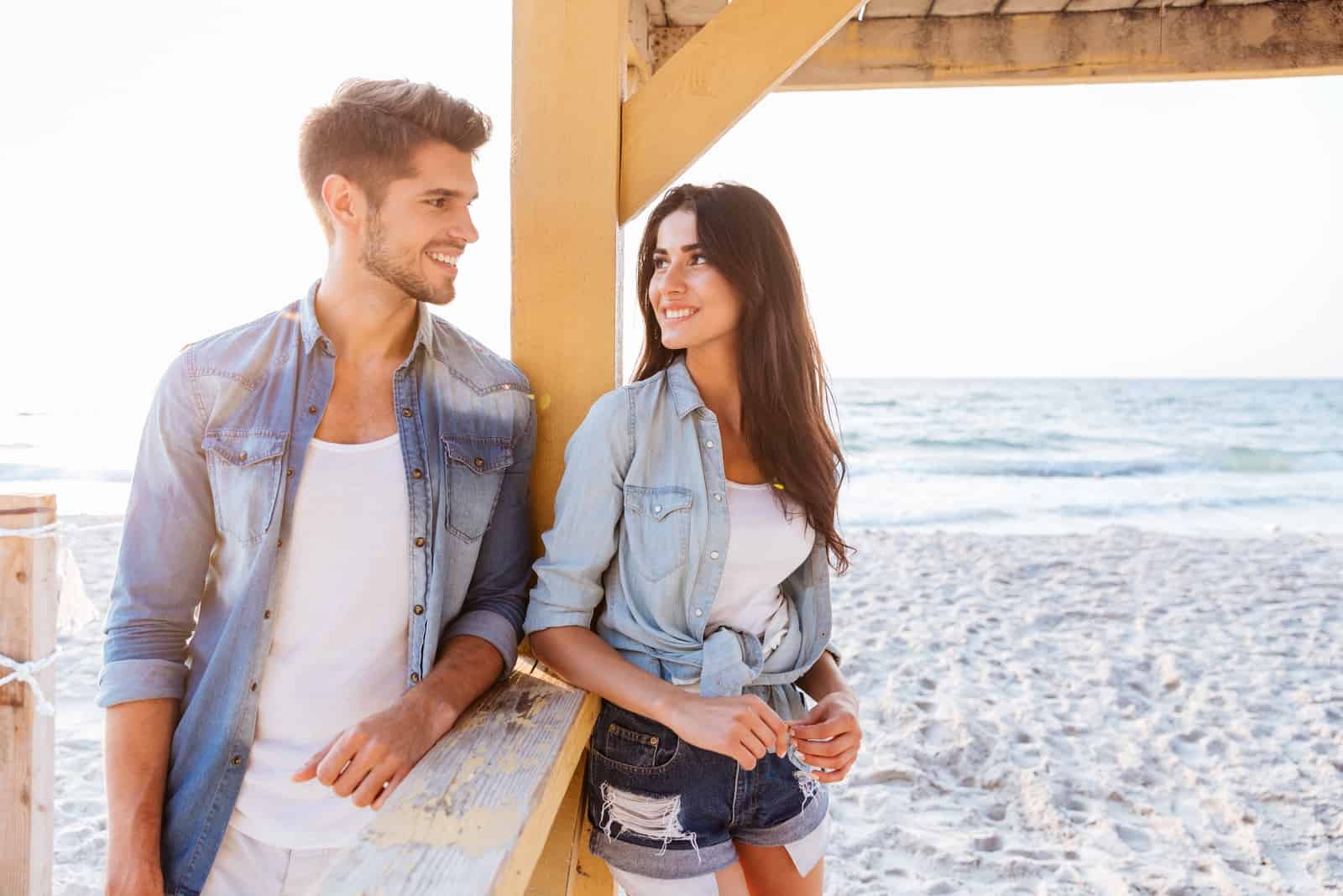 Even though this lesson is closely connected with the previous one, it still deserves to be addressed as a separate unit.

Self-confidence is the HOLY GRAIL. It is the main thing you need to focus on when approaching a guy or when he’s approaching you.

If your levels of confidence are high, half of your job is done. Trust me, you can wear the most expensive outfit, perfect makeup, and whatnot, but he will notice if you lack self-esteem.

Being self-confident is about being yourself, accepting your imperfections, and seeing it as your trademark instead of something bad. It is about being in love with yourself.

Sub Lesson 1: Being in love with yourself is mandatory.

If you want to win a guy, you need to show him that your world is a fun place to be. You need to be who you are instead of pretending to be something you’re not.

If you do this, he will know it. So, make sure to find your own unique style when it comes to dressing, talking, and even walking.

Lesson 3: No matter how anxious you’re feeling, you won’t die. 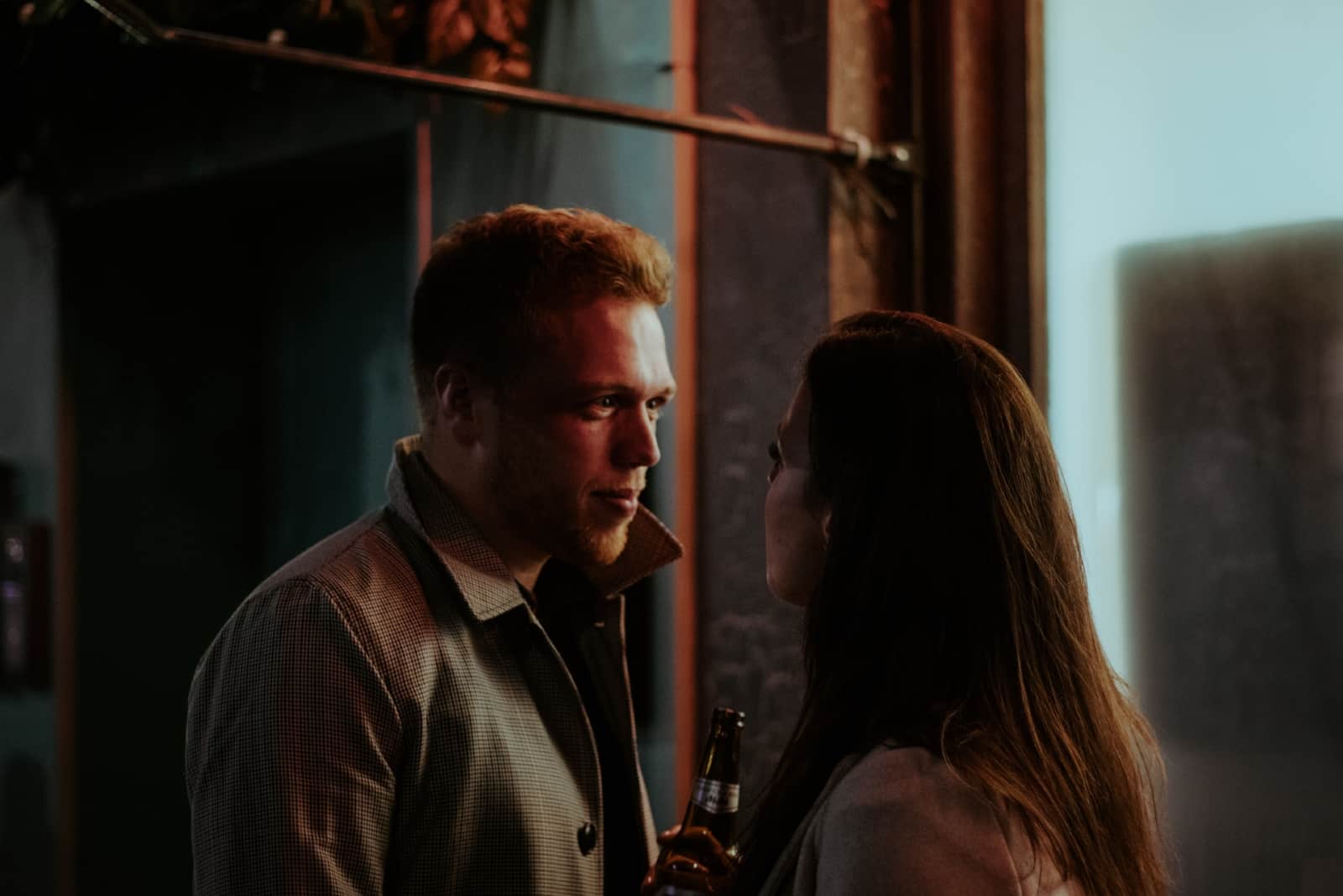 I’m an anxious person by nature, so whenever I’m about to approach a guy (be it in person or via text), my anxiety goes wild. I literally feel like I’m about to die, but that never happens.

So, no matter how afraid, confused or anxious about it you are, know that in the end, everything will be alright. I’ve been through this multiple times, and I’m still alive and kicking.

The moment you start overthinking your decision to tell him you like him, it’s game over. Don’t let that happen! Instead of thinking about all the possible worst-case scenarios, think about positive outcomes.

I have a friend who has this need to turn her phone off for a few hours when she sends a friendship request to a guy she likes.

When he texts her for the first time, I’m sure she turns her phone off for a few days because she overthinks. Don’t be her. Don’t overthink but think positively instead.

Lesson 4: Simplicity is your best friend. 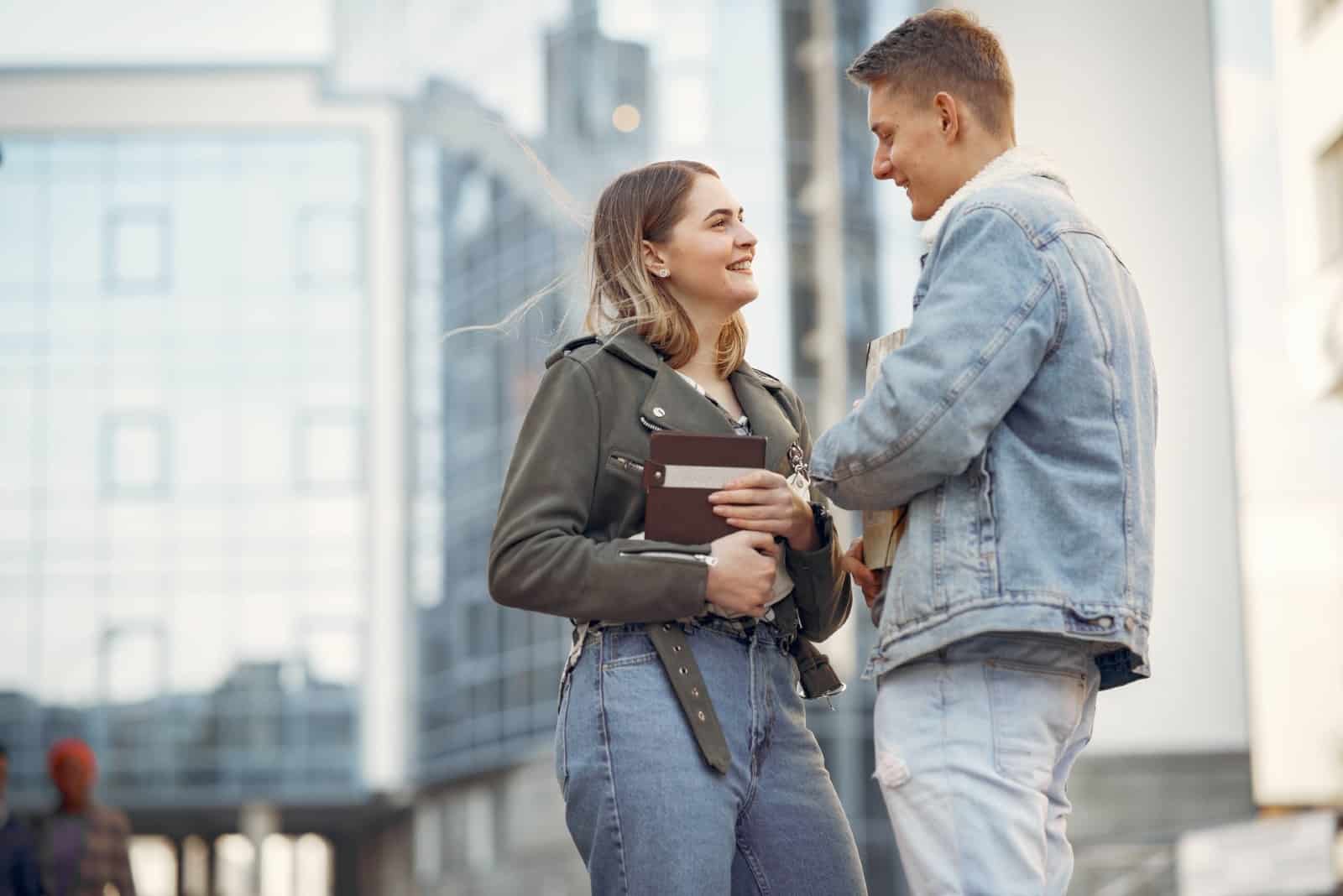 The reason why I prefer hanging out with guys is that they are simpler beings than us females.

Simplicity is something that I crave for every second and day of my life, but I’ve also accepted the fact that it’s something unattainable for me.

If you think you can master simplicity, here are some simple tips on how to approach a guy (without looking desperate):

If you choose to tell him you like him via text, you have a chance to do it in a more subtle way.

You can use a GIF that says I like you, or you can pretend that you’re joking by adding a few emojis. Subtle and simple is definitely the way to go!

Lesson 5: Your vibes are more important than your outfit. 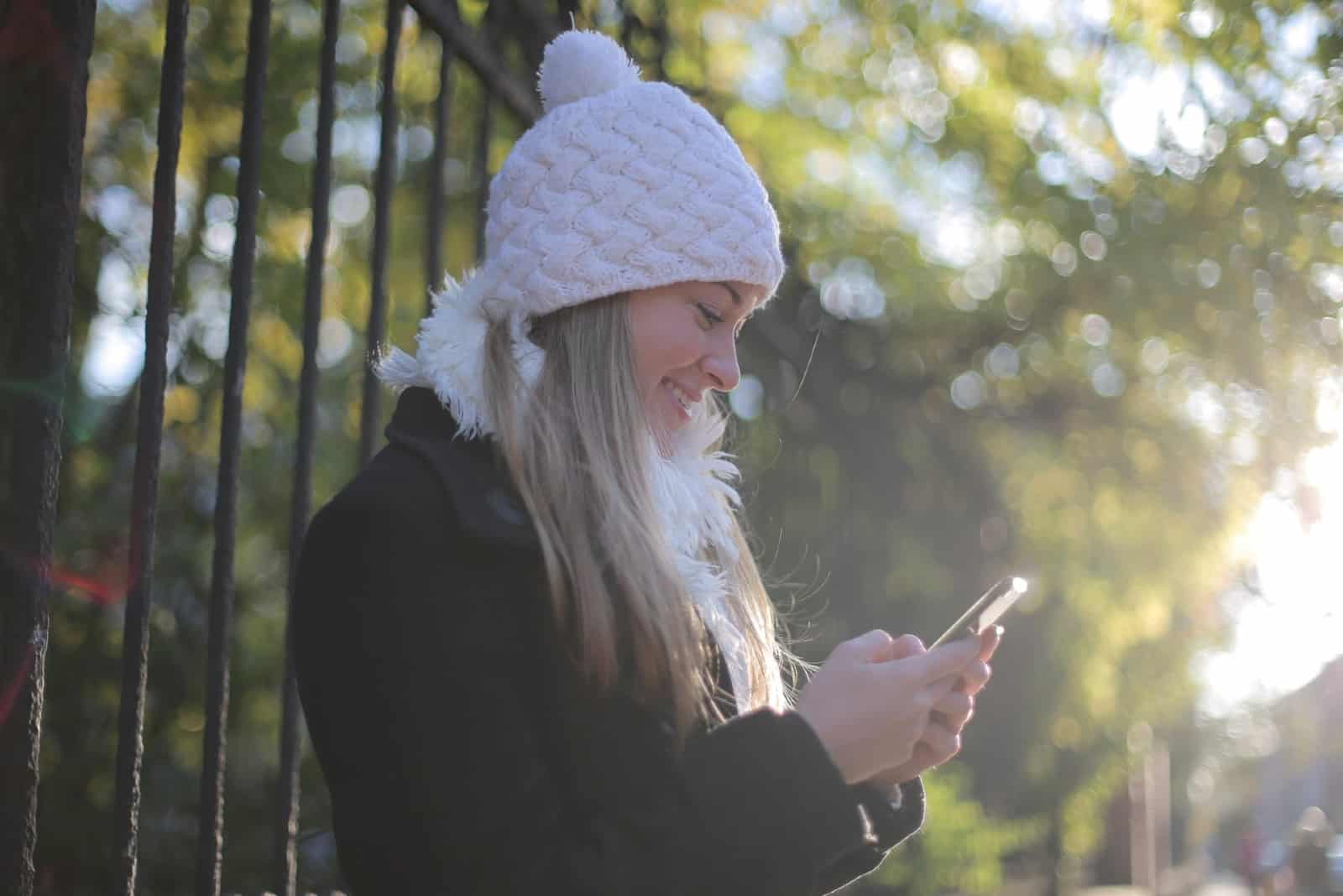 Regardless if you’re seeing him in person or you’re just texting, your vibes are equally important. There’s something called texting vibes, so your texting style can tell him a lot about your personality.

The other day when I was texting with a guy, he told me that he’s impressed by my laid-back attitude and he enjoys texting with me.

He told me that after a few texts, which means your first few texts are crucial when it comes to leaving a powerful impression.

Also, don’t worry that much about being nervous around him. Most guys find it cute because it tells them that you really like them and worry about making a great impression.

Lesson 6: Expect the best-case scenario, but also be prepared for the worst. 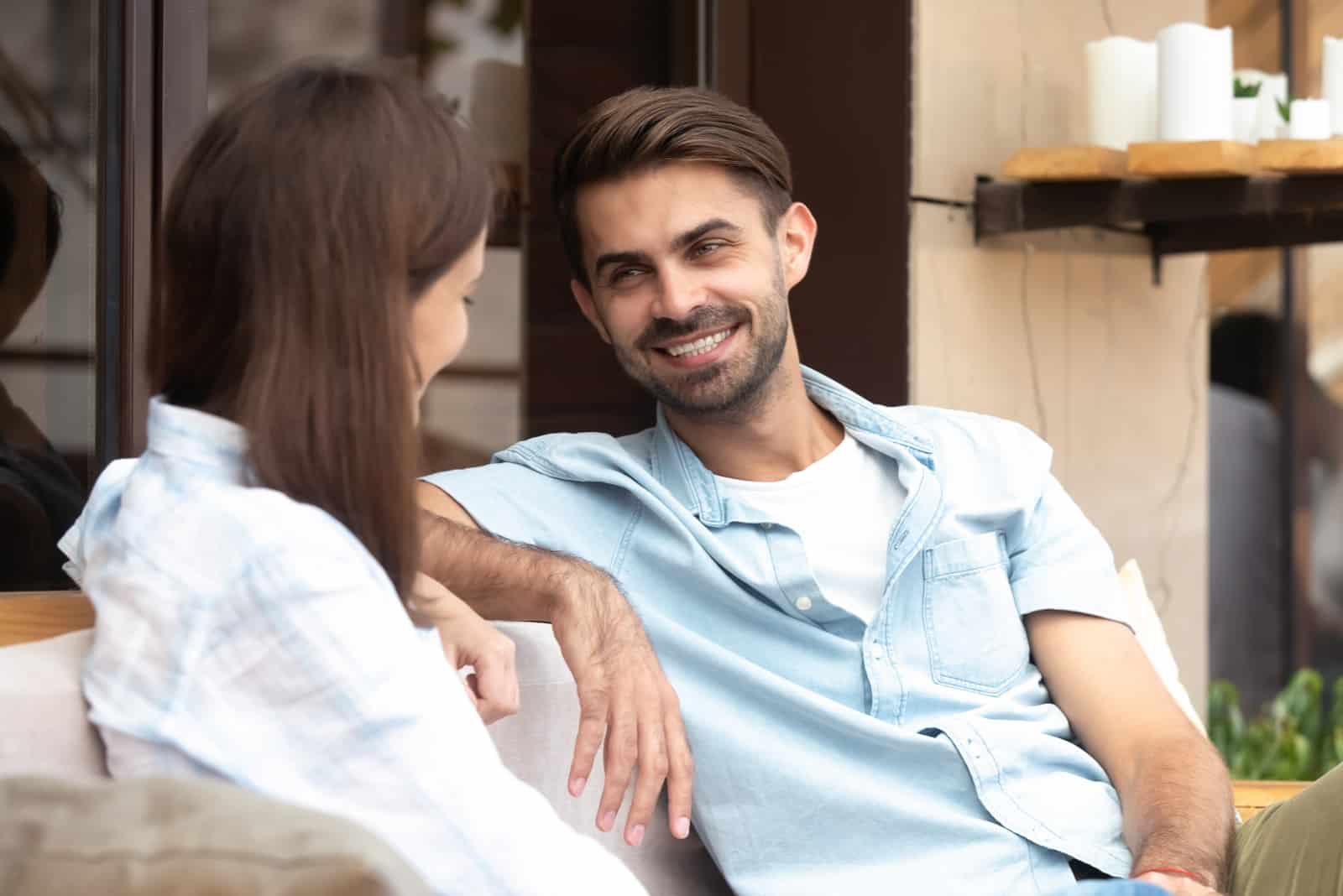 I know what you’re thinking: What the hell is wrong with you, woman? How can I be optimistic about approaching a guy and at the same time be prepared for the worst?

I know it’s easier said than done, but you have to be mentally prepared for the worst. When you tell him that you like him, you can only hope you’re on the same page.

Here’s my verified formula: Tell him you like him (subtly or directly), don’t expect anything from him, and hope for the best.

Pray that he’s one of those shy guys waiting on a girl to make the first move or that he liked you all this time but wasn’t sure that you liked him too.

Even if none of these are the case, don’t see it as the end of the world if he reacts in a way that doesn’t please you.

Remember: You’ve got nothing to lose.

Sub Lesson 3: “Twenty years from now, you will be more disappointed by the things you didn’t do than the ones you did do.” – Mark Twain

Yup. When I look back, there are so many things I wish I had done (or done differently), but I cannot influence it any longer.

Today I choose to focus on being in the moment and do things instead of regretting not doing them. Twenty years from now, you will laugh at your overthinking about telling a guy you like him.

You will understand how simple it all actually is.

[…] They have a different texting style, and that’s normal. But besides that, you’re only casually dating, so there should be no need always to text them. Unless it’s a girl or guy you like? […]