You can’t plan it. It doesn’t happen overnight but rather over a long period of time where you don’t even realize it’s happening.

You’ve been waiting maybe even years and you’ve been wondering when it will come to you.

Everyone seems to be happy in their relationships but after surviving abusive relationships (or maybe even just one) you’re drained to the point where you can’t seem to recognize the right relationship, even if the man of your dreams is standing right in front of you.

But believe me, some things are more than obvious.

Firstly, you won’t believe that it’s happening. You won’t trust him when he says that he’ll love you and treat you the way you deserve.

Most probably you’ll try to push him away just to see if he’s going to actually stick around.

He’ll try so hard. A man who loves you is going to chase you as much as he needs in order to convince you that he’s actually serious about your relationship.

There won’t be anything you will be able to do to scare him off.

You can tell him your whole life story, the story that broke you, and you can make sure he knows that you’ll need a long time to heal. But it won’t frighten him, because you’re all he wants.

You’ll start believing him. This is the most important point.

When you start to trust him and his loyalty, you are finally admitting that you love him. No matter how many times you told yourself that you wouldn’t fall in love again, it happened.

When he’s near you you’ll feel safe, like there’s nothing that can break you two apart because you’ve both found the one person you want to be with for the rest of your life.

You’ll start to communicate on a higher level, and even though communication might be a problem from time to time, you will both have a special way of telling each other that you’re sorry or that you appreciate each other.

Your friends will see the difference in you. A simple girls’ night out may seem like something usual but when you’re there with your friends, they’ll see that you’re reborn and that you’re finally happy.

They will be happy together with you. The way you smile will make everyone else around you smile from their heart. Your energy has changed and you bring joy wherever you go.

The process of healing has gotten faster. We both know that you’ve been broken and that surviving all that abuse means that you are a strong fighter with a lot of bruises but that’s history.

You’re recovering and you feel it in every aspect of your life. You’re doing everything you set your mind to and you start seeing that you don’t even think about your abuser anymore.

This is the point where you actually know that it truly is the right relationship because he helped you heal. He was there for you and he went through all the ups and downs that you couldn’t bear by yourself together with you.

As much as you try to envision you two breaking up, it won’t happen.

There is no end to your happiness and it feels so unfamiliar but still so beautiful. That’s what falling into the right relationship feels like. 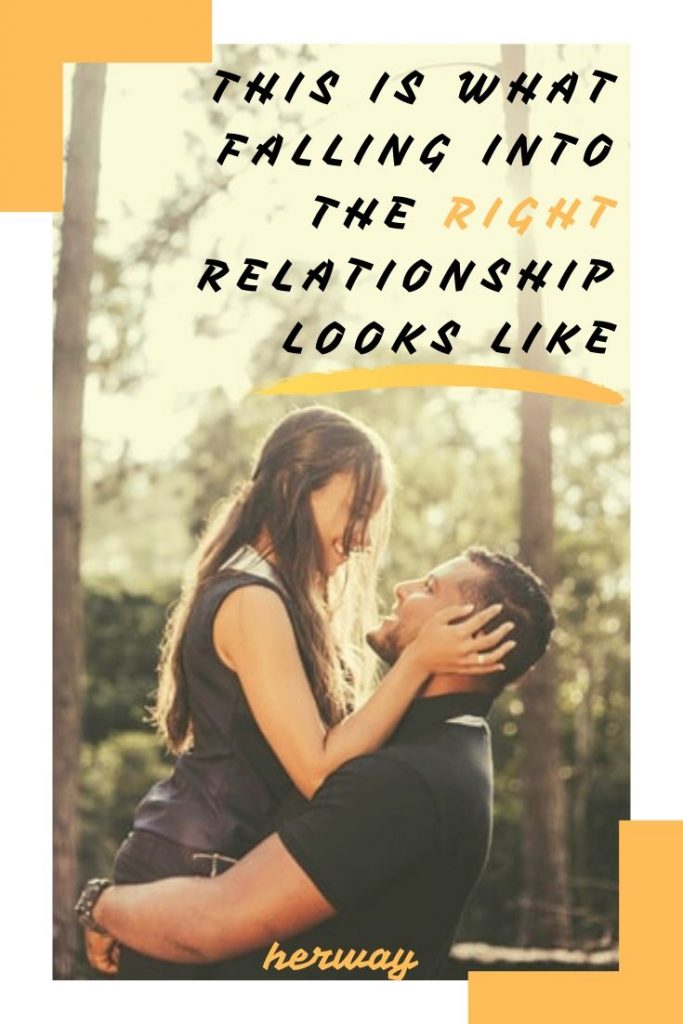