Aries are well-known powerhouses of the zodiac and that’s exactly what people are envious of.

They have incredible energy and they are always ready to change things up.

That combined with their stubbornness and optimism give incredible power to start and finish anything without wasting time on overthinking or fear.

Not being afraid to say what’s on their mind is also something that people admire about them.

People envy your taste and your natural grace, something you just naturally have.

Taurus always looks effortless, no matter how many or few things they have on at the time themselves and they always look classy and carry a sense of pride.

Their ability to have a conversation with anyone is what people envy.

It doesn’t matter whether it is with a scientist or a cook, Geminis always know what to say and they always get to be at the center of attention.

The way they talk and navigate a conversation is so incredibly smooth that you’ll never notice when they’re clueless about something.

People envy Cancer for their ability to only have meaningful relationships in life. All their relationships are ones from the heart.

They’re not afraid to be themselves and go against the norm when it comes to many things and that’s exactly why they love purely and why their relationships are true gems.

Confidence is definitely a trait that people envy about Leo. Leos are Leos for a reason—they can’t go unnoticed.

People adore them or hate them because of their over the top appearance. Many people want attention but they’re afraid of it; not Leo, though.

Easy—people envy their brain. Their mind is just remarkable; it’s like a built-in intuitive computer.

Best of all is that don’t even try, they’re just naturally clever and have a very down-to-earth approach that’s often full of wisdom and has a surprisingly healing effect.

They always know what to say in every situation and adapt very easily. It’s easy to fall for their charm and that’s why others are so often envious of them.

Scorpios exude magnetic energy. They’re effortlessly attractive and give off confidence. People are sometimes afraid of them but more often than not, they envy them the power they have over others.

They are sexy and mysterious without trying and that never goes unnoticed and, luckily, they’re good at reading people’s true intentions, so watch out for that.

Sagittarians love their freedom and people love them for showing them that freedom is possible. Unfortunately, however, some are envious for the same reason.

Sagittarians know what it truly means to be free because they test their limits at literally everything.

For them, fear is motivation and not something that prevents them from doing the things they want to do.

That’s why they do a bunch of crazy stuff that sounds cool and then they talk about them at parties.

Capricorns are ultimate bosses, and of course, that’s the thing people are jealous of. Having natural discipline as well as authority are things a lot of people dream of.

They are also confident when it comes to money matters and that’s really not something many people can brag about.

People envy Aquarians because of their uniqueness. Aquarius is not a tryhard, they’re just weird and it suits them so well.

Aquarians are independent and have very clear ideas that they’re not afraid to talk about and when they talk, everybody listens.

They always bring something new and fresh to the conversation and communicate it in such a clear way.

Pisces is a zodiac sign that looks like they just stepped out of a fairy tale. There’s something truly magical about them, something other people can’t recreate, and that’s why they’re beautiful.

Pisces are almost otherworldly and always look like they know something you don’t and their space-cadet nature is just adorable. 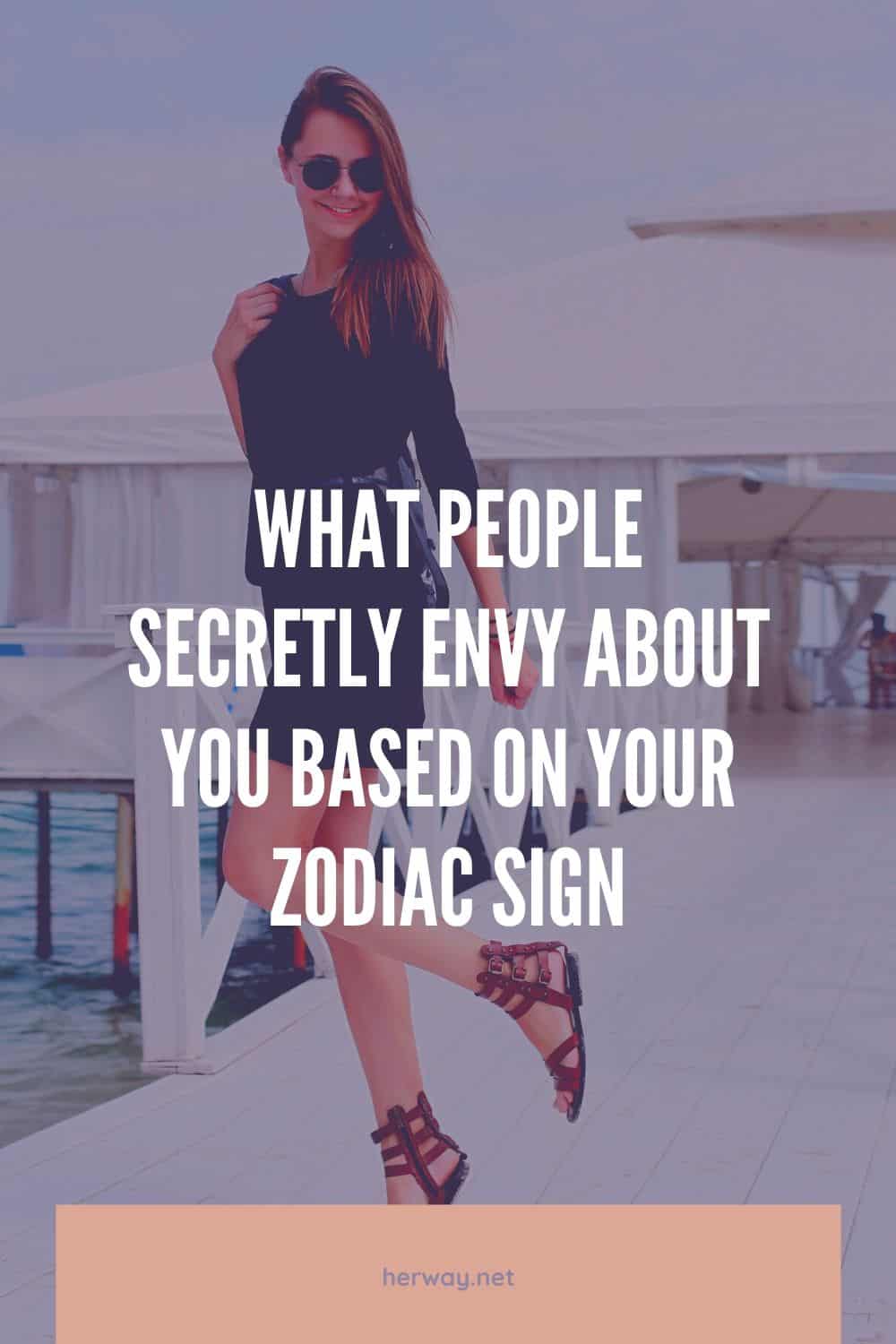 This Is The Honest Truth About Why They Can’t Get Over You, Based On Your Zodiac Sign