Skip to Content
Contents show
1 1. They have a lust for life.
2 2. They are their own biggest investments.
3 3. They make men step up their game.
4 4. They are not intimidated to make the first move.
5 5. She expects attention but she doesn’t need 24/7 communication.
6 6. They don’t get intimidated by other women.
7 7. They know the difference between want and need.
8 8. She is not afraid of confrontation.
9 9. She is not scared to get burned as she is made from fire.
10 10. She can love like no other woman.

They know how to live life to the fullest. They know self-love and self-care don’t make them selfish, they make them smart. They work hard but pamper themselves even harder. By behaving this way, they are giving men guidelines on how to behave. Treating an alpha as she treats herself is the best way to go.

2. They are their own biggest investments.

They learned that at the end of the day the only one you can truly rely on is yourself. So they take good care of everything about them, from the way they look to the way they feel. They always strive to do better so they invest their time and energy in their goals. That’s why they are the perfect mixture of hard work and confidence, which makes them irresistible.

3. They make men step up their game.

They want an equal, so they make men work hard to impress them and to reach the same level they are at. They wouldn’t be interested in someone who lacks ambition. They value a hard-working man because they know he will put the same effort in them. That’s why they represent a certain challenge to an interested man.

4. They are not intimidated to make the first move.

If they want something they go and get it, and it’s the same deal when it comes to a man. She won’t hesitate to ask him out if she is into him. She has no problem with making the first move and she is OK with any outcome. If he accepts then that’s more than great and if not at least she gave it a shot. The next move has to be his, though; she won’t go out of her way for someone who is not on the same page. 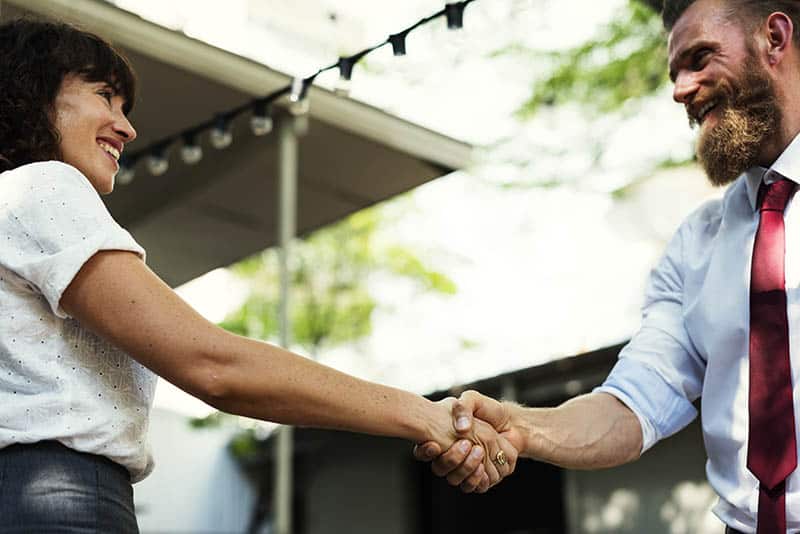 5. She expects attention but she doesn’t need 24/7 communication.

She has her own life and a busy schedule so constant texting, calling and FaceTiming are just not her thing. She doesn’t need a man to entertain her, she needs healthy communication. Someone who will text once or twice a day to check how she is doing and to let her know he cares. Someone who will be more interested in spending time with her in person.

6. They don’t get intimidated by other women.

She realizes there will always be someone who is younger, smarter, better looking, etc. But she never stresses about it because there’s nobody quite like her. She can only be the one other women look up to. She is aware of her own worth. She wouldn’t be caught dead fighting to get a man’s attention.

See also: This Is Why Alpha Women Are So Intimidating To Men

7. They know the difference between want and need.

They don’t allow relationships to define them. They want a man who will add to their value, they don’t need him to make them complete. They are willing to wait for someone who accepts them for who they are rather than settling out of loneliness. man never accuses her of being clingy or needy. She will let men feel wanted but she would never tolerate disrespect for them out of necessity.

8. She is not afraid of confrontation.

If something is bothering her, or if a man did something that he absolutely shouldn’t have, she is going to go right ahead and call him out on that. And even though she doesn’t like to be taken lightly, she won’t bitch about every small thing. She knows what she can let slide and which are the battles that will make a difference. The important thing is he respects her and he knows when it’s time to say ‘I am sorry.’

9. She is not scared to get burned as she is made from fire.

She is more than capable of standing on her own two feet so she never lets anybody take advantage of her or fool her twice. She can suffer from love but she knows she will lift herself up and be stronger. She turns pain into power. Her fire scares away boys and attracts men.

But she will always expect you to be worthy of that love.