1. Someone who gives him space

Give him space to breathe. Let him do things that make him happy and don’t involve you. He needs his personal space like you do.

Let him hang out with his friends because some things guys want to share with their friends and they absolutely need some time alone with them.

That doesn’t mean he doesn’t value your relationship. It just means that he wants to keep his independence.

2. Someone who makes him wait

You never show all your moves right at the beginning. It’s perfectly normal that you want to bring out your big guns because you want this relationship to last, but that doesn’t have to mean it is okay to give him everything right away. Save a bit of your magic for later.

This is also a matter of respect. If you invest too much too soon, he will think you act that way with everyone and therefore, he won’t respect you. So, remember that it is important when to reveal what.

And on the other hand, it’s much better to leave him tempted than to show all your tricks at once. If you let him in right away, he might get bored later.

3. Someone who asks for his advice

Most men have this need to save a damsel in distress. They just have to feel they are needed. They need to feel they are the ones we can’t live without. So, however small the problem you’re dealing with is, just ask your man for his advice.

Ask for his opinion because it will mean a lot to him and won’t cost you anything. This will probably take your relationship deeper than just the physical level.

4. Someone who is not needy

They don’t get turned on by women who are so needy it’s like they can’t live without them. Sure, men want to feel useful and they want their women to need them, but take this neediness with a dose of caution.

Maybe even this overly neediness can be cute at the beginning, but that will soon go away and it will annoy them like it would annoy you if a man goes behind you and watches every step you make and doesn’t let you breathe.

Show your man you need him for small things but just the same, show him that you can take care of yourself because nothing is sexier than an independent woman.

5. Someone who has a high self-respect 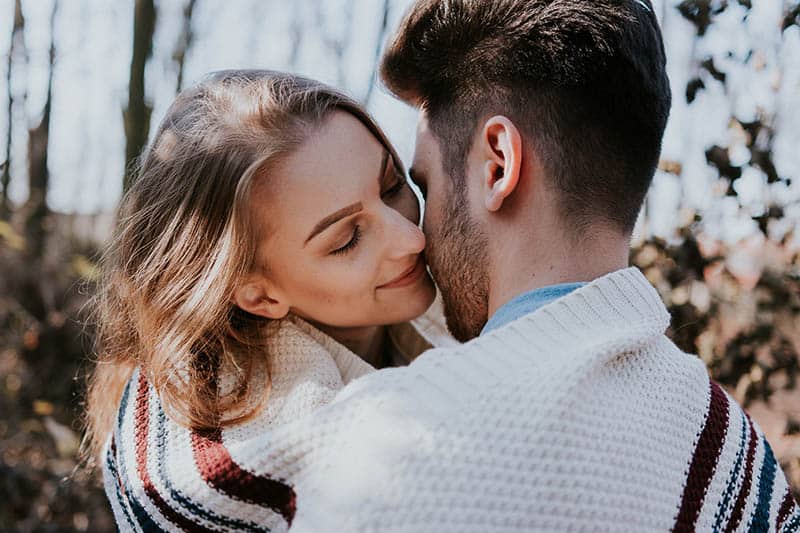 6. Someone who will admit when they are wrong

No one likes a person who thinks she is always right. Be a responsible grown-up and deal with your actions. If you said or did something wrong, own up to it and admit you were wrong. By being stubborn and trying to prove an invalid point you will endanger your relationship.

We are all human and it’s impossible for us to be right or wrong all the time. It’s perfectly normal for us to make mistakes, so when you make one, own up to it and admit it. It will show that you are a mature woman worthy of respect and respect you’ll get.

7. Someone who challenges him

Keep your true self. Don’t adjust to him because you are nice and you want him to like you. If he is the right man for you, he will like you just the way you are. He needs a woman who will challenge him mentally, emotionally and physically.

We are all attracted more to the person who mentally teases us—although we don’t want to admit it. Also, showing your vulnerability is something he will appreciate. It means that you are not scared to show him how you really feel. It means you trust him enough to let him into your heart. You need to push him out of his comfort zone.

8. Someone who will listen to him

Spend more time listening to him than obsessing what you are going to say next. Don’t be selfish in that way. Remember things he told you and show that you support him by paying attention to what he says. He will cherish that and realize that you are the perfect girl for him.

Show him that you remembered his interests and things he likes or doesn’t like. That will give you a great start and it will make you a better person in his eyes.

9. Someone who is there for him

Never forget to show him your support. A lot of people will doubt him and tell him he isn’t good enough. Don’t be one of those people. Show him that you care and that you believe in him.
Even if you don’t agree with his choices, give him a chance—maybe he will be right after all.

If he fails, don’t rub it in his nose. Help him to pick himself up and encourage him to keep trying because nothing will be handed to him. He needs to try hard for the things he loves and you know that. Make sure he knows that, too.

10. Someone who is honest

Always speak your mind. Don’t sweep all your problems under the rug because they are going to reappear sooner or later and then it will be too late to solve them all. So, the best thing is to be honest with your partner and tell him right away if something bothers you, so you can work on it and act in time.

Don’t hide anything from him under the excuse that it will hurt his feelings. That is a childish thing to do. If he is an emotionally mature man, he will take your criticism and try to be a better person. After all, that is one of the reasons you are together—to make each other the best versions of yourselves.