“Is he my soulmate”? This is one of the first questions that comes to our mind when we meet the right one.

And then we realize that things are not as we might have thought they would be and our expectations get replaced by disappointment.

But what if you’re mistaken? What if he actually is your soulmate?

You see, many people think that their soulmate is someone with whom you experience bliss, ultimate happiness and everything else that comes with it the first moment you meet them.

And it’s true, a soulmate is someone who makes you feel complete and in touch with yourself but a soulmate also means someone who will make you question things, change your perspective and make you feel like he’s not the right person for you.

I know it’s hard to believe this but it is true. So, when something bad happens, don’t immediately think that you were not meant to be because it is far from the truth.

Soulmates are two souls who are on a journey of transformation

Yes. Soulmates are two people who meet each other on the same spiritual level.

You have the same spirit but different personalities and traits. And that is what confuses you.

When he’s forcing you to change your opinion on certain things, you think it’s because he wants to manipulate you.

But it’s because he cares about you and he is here to make you the best version of yourself.

When you’ve been fighting about the most trivial thing, it’s not because you’re not right for each other.

It’s because you need to go through your transformational journey that includes not only the good things but the bad ones as well.

Your soulmate is here to complement you and vice versa. And the goal is to finish your transformational journey that will make you become one.

So, if you’re having second thoughts about him being your soulmate, don’t lose hope because there are some unusual signs indicating that he might just be the one.

Contents show
1 You’ve been separated
2 He’s changed you
3 He’s unearthed your pain and fears
4 He’s like family to you
5 You had dreams about meeting him
6 You felt that he was about to enter your life
7 You’ve known him for years
8 You have that overwhelming feeling when you look him in the eye
9 The chemistry you share is out of this world
10 When you think of home, you think of him 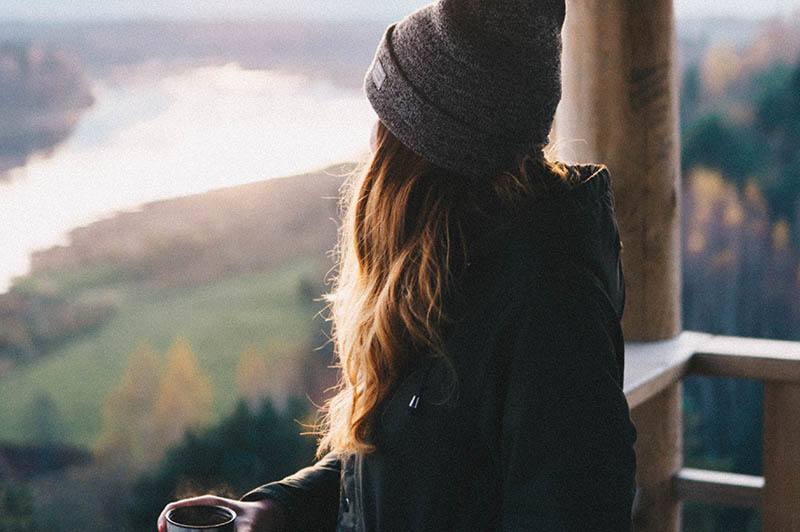 You fought with him, you’ve gone your separate ways and then reunited again.

And you’ve repeated this procedure multiple times but you simply never endured staying separated because deep down in your soul, you know that you were born for each other.

It is because your souls have been yearning for each other and no matter what happens, you always end up together again.

A true soulmate will always find his way back to you and that is how you’ll know that he is the one. 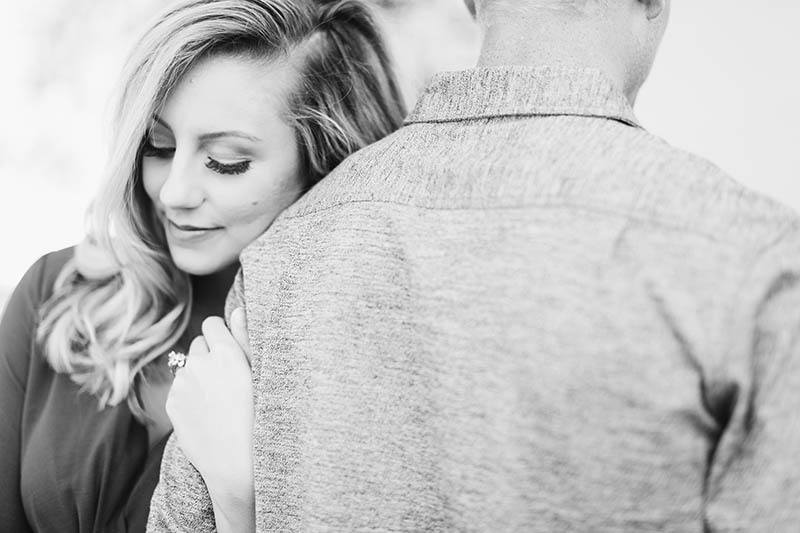 He’s changed you for the better and there’s no way you can deny it. He has shown you that not everything is black and white and you’re thankful for that.

You’ve discovered yourself in a whole new light and nothing will ever be the same.

You’ve changed for the better and become the best version of yourself.

But you needed to go through a lot of difficult situations to reach the state you’re in now.

You’ve also changed him as well and you feel like meeting each other is the best thing that happened to you.

He’s unearthed your pain and fears 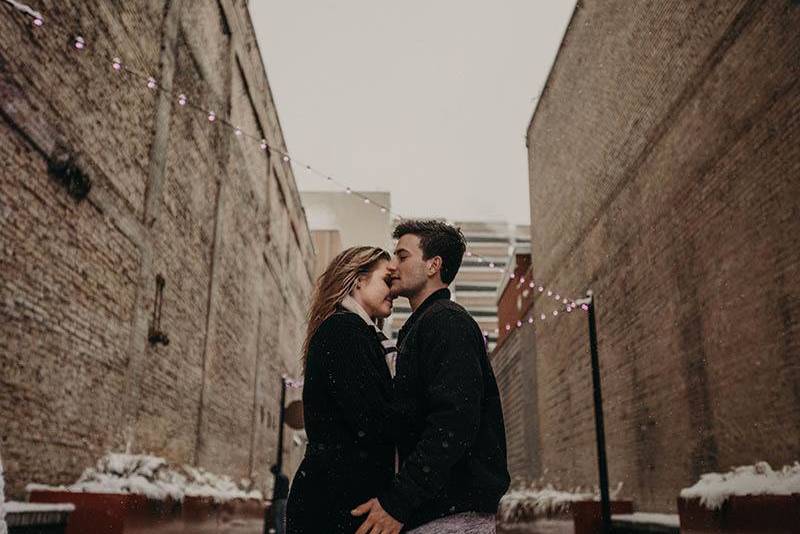 He has, in a way, forced you to dig down to your deepest fears and face them. It’s like you’ve waited your whole life for this moment to happen.

And you crushed them. You couldn’t bear all of that pain or those fears that have been burrowed deep within your soul.

And now you feel ten times lighter, like a summer breeze. You no longer fear the future and you no longer live in your past.

You’ve got rid of everything that has poisoned your soul and now you’re ready to enjoy the present with an open mind and a rejuvenated heart. 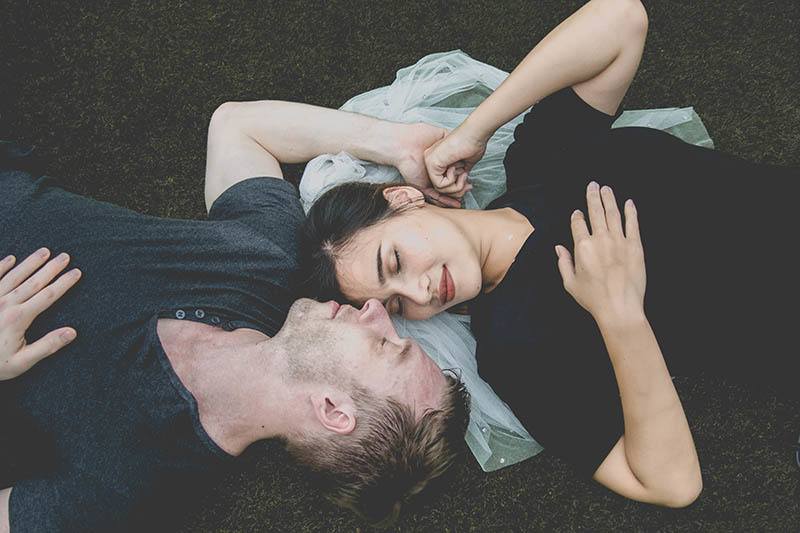 When you’re spending time with him, he reminds you of someone in your family.

He could replace your mother, father, brother, sister or even your grandma. It’s really hard to explain it but you can’t help but feel that way.

It’s because your soulmate is usually someone who embodies the traits of your close ones.

And that is why you sometimes feel like you’re spending time with your relative instead of your boyfriend. But know that if you’re feeling this way, it means you’re on the right track.

You had dreams about meeting him 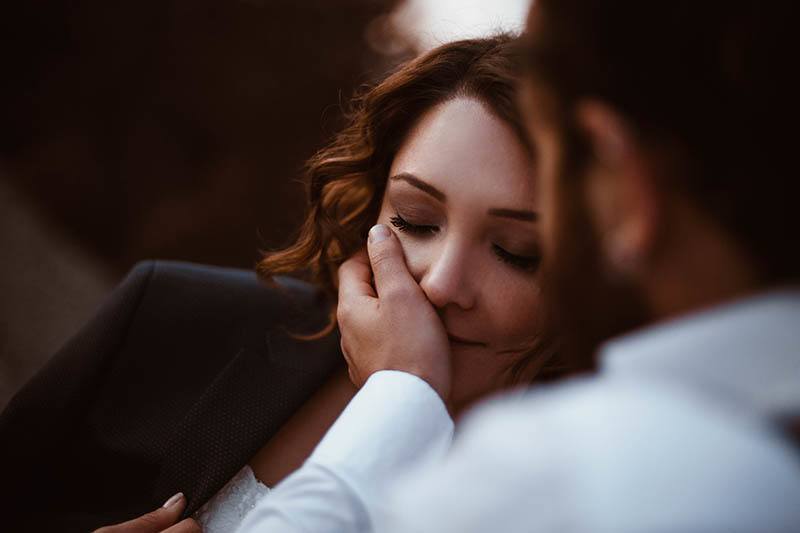 Long before meeting him, you always dreamed about that day when you’d meet your soulmate.

Even though you can’t remember his face or anything else, you still feel like he was the one in your dreams all this time.

You feel it in your gut, even though you cannot prove it to anyone. And why would you? If you feel and know that it is true, there’s no need to validate your opinions to others.

Also, these dreams brought you hope and helped you to stay patient until the day came along.

And when that happened, you instantly knew that he was the man from your dreams.

You felt that he was about to enter your life 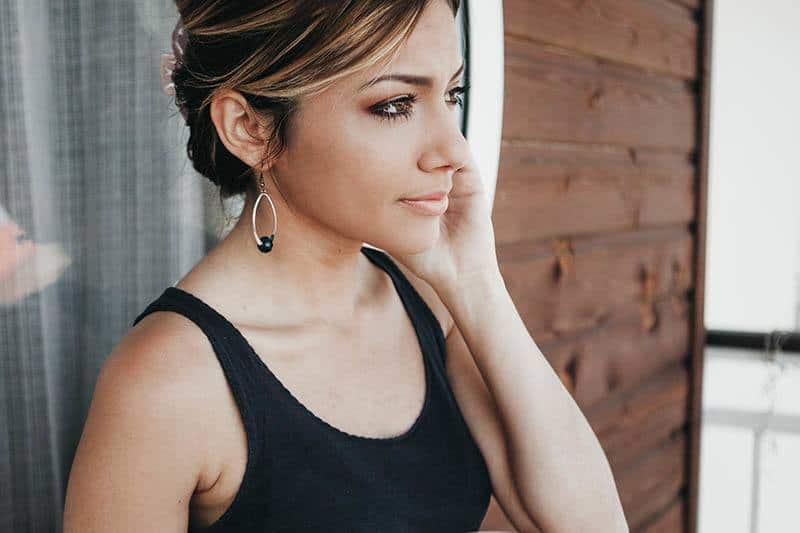 Not only did you dream about him, you also felt that the time to meet him was about to come.

You felt that he was about to enter your life and bring about enormous changes.

And at first you weren’t that happy about it because this feeling confused you.

But now you’re one hundred percent sure that he was meant to enter your life the day he did.

And you couldn’t imagine it happening any other way. You feel like the day was written in the stars and there was no force in the universe that could part you.

You’ve known him for years 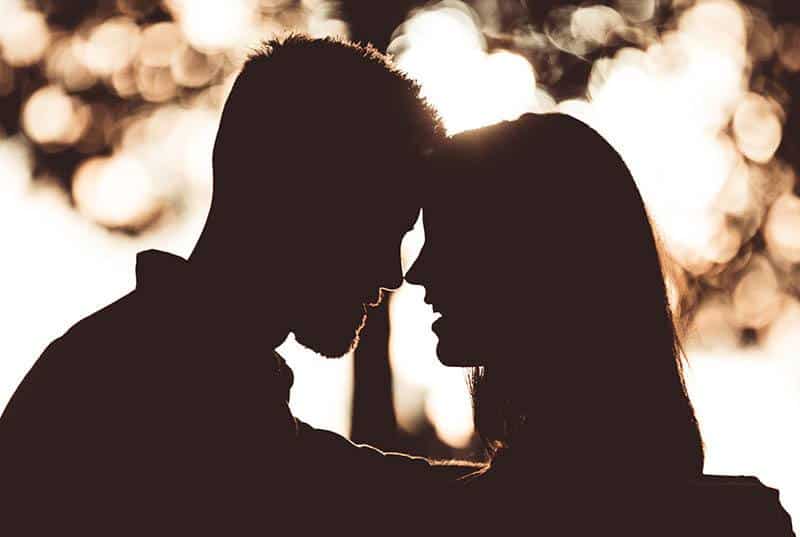 Perhaps you’ve known him for years, since you were kids, and now when you got older, you two fell in love.

And when you were hanging out before as kids, you knew that there was something special about him but you couldn’t decipher what specifically.

As time passed, some strange things happened. There were lots of coincidences that were somehow forcing you to meet each other again.

Wherever you go, you always felt like he was following you even though he didn’t have a clue that you would be there too. 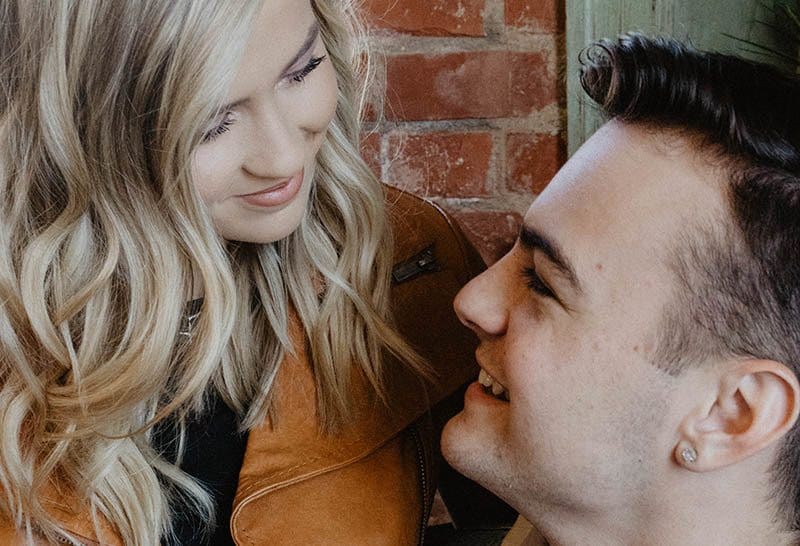 Looking him in the eye is one of the most mesmerizing moments in your life.

When you look him in the eye, you feel this connection and the feeling overwhelms you. It is both soothing and, in a way, weird at the same time.

You’re unable to stop looking at each other because when you do, it feels just right.

He brings you peace and utter happiness and you can see from his eyes that he feels the same about you.

The chemistry you share is out of this world 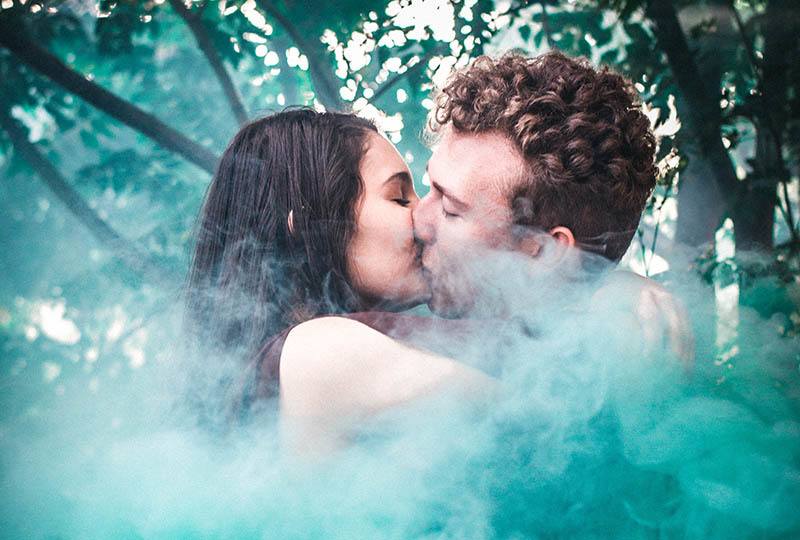 You also feel him on a whole different level. You’re sometimes able to read his mind without him saying a word about a certain thing. And you yourself know that you’ve never been that intuitive when it comes to this. 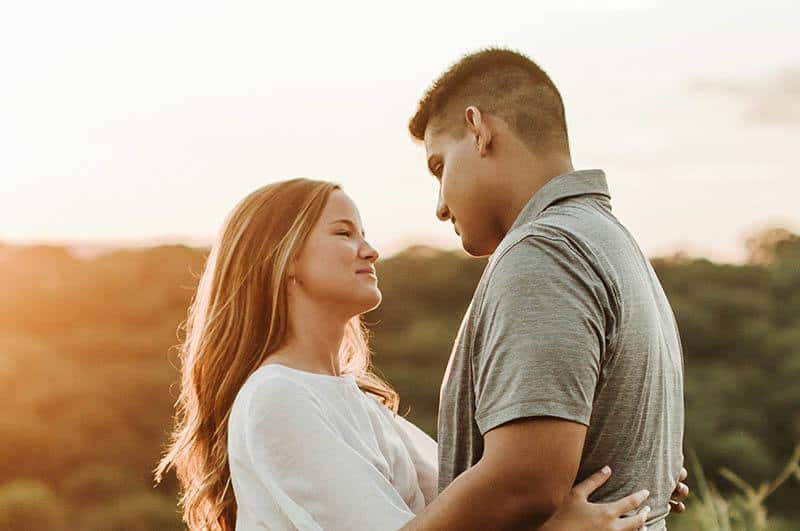 He is your safe haven where you go when others hurt you or disappoint you.

He’s the one who is able to heal you and give you good advice when you need it. 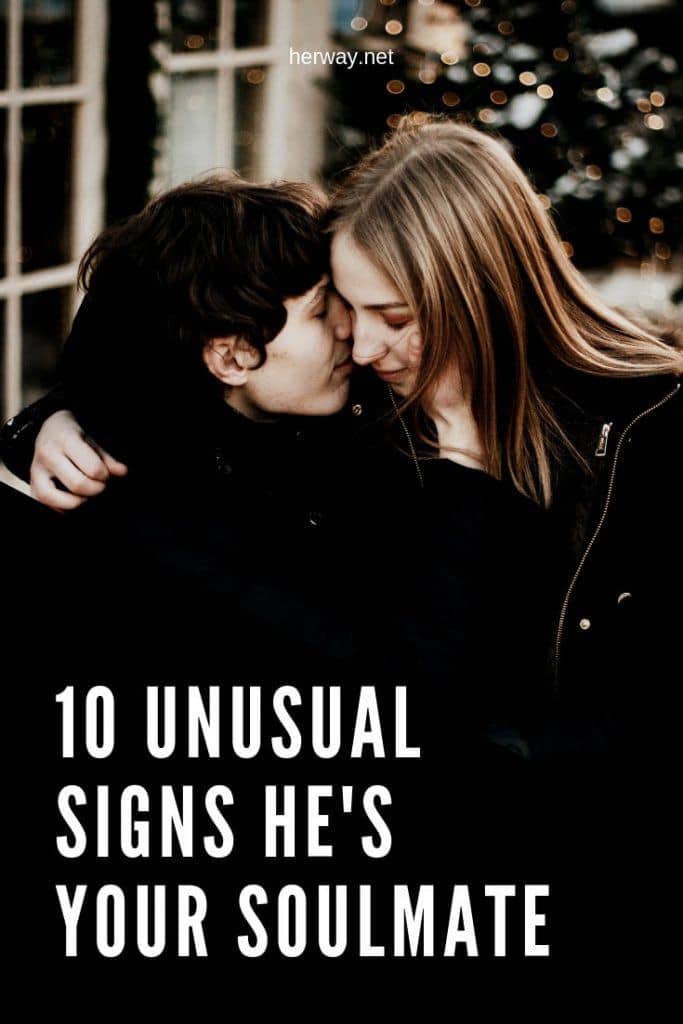