There’s no really healthy rebound relationship, but some of them have the possibility of turning into a real one or friendship. But unfortunately, the odds are not in your favor, so if you suspect you’re just a rebound girl, you can check for these signs in your relationship.

Contents show
1 Your relationship is moving too fast
2 The intimacy is through the roof
3 He shows you off—a lot
4 You face shocking looks from his friends
5 It’s hot ‘n’ cold love
6 He experiences mood swings
7 You feel like he’s not taking you seriously
8 He refuses to talk about his ex
9 He calls you when he’s lonely, but neglects you when he’s happy
10 He expresses intense emotions when he sees his ex or when someone mentions her
11 The two of you have nothing in common

Your relationship is moving too fast 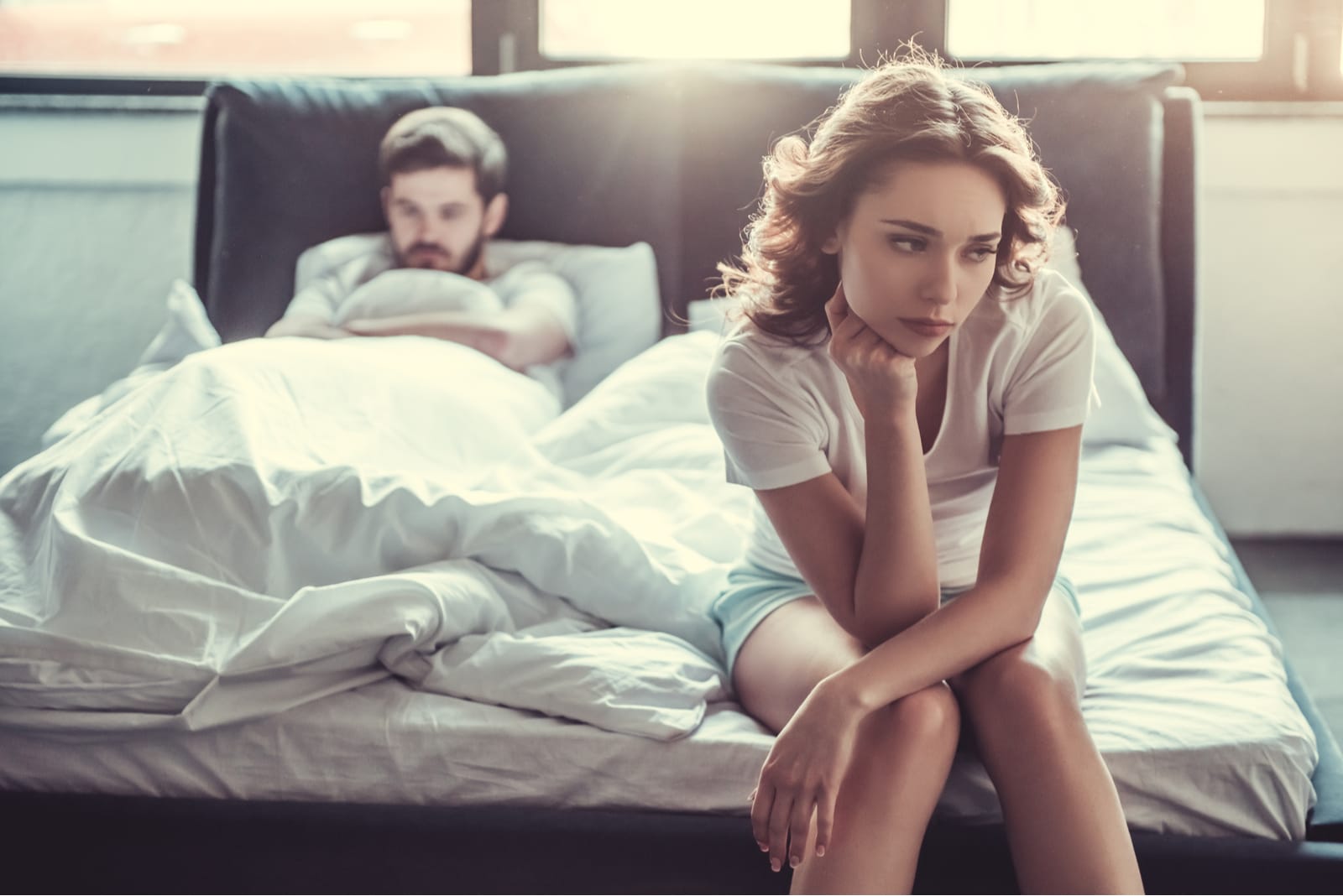 When people enter a rebound relationship, their pain fades away and they forget how hurt they were. But once they’re all alone, that pain and those memories come back, forcing them to spend more time with you in order to forget their ex.

A relationship like this doesn’t have a natural course, and instead, you find yourself rushing forward and wondering what all the rush is about.

The intimacy is through the roof 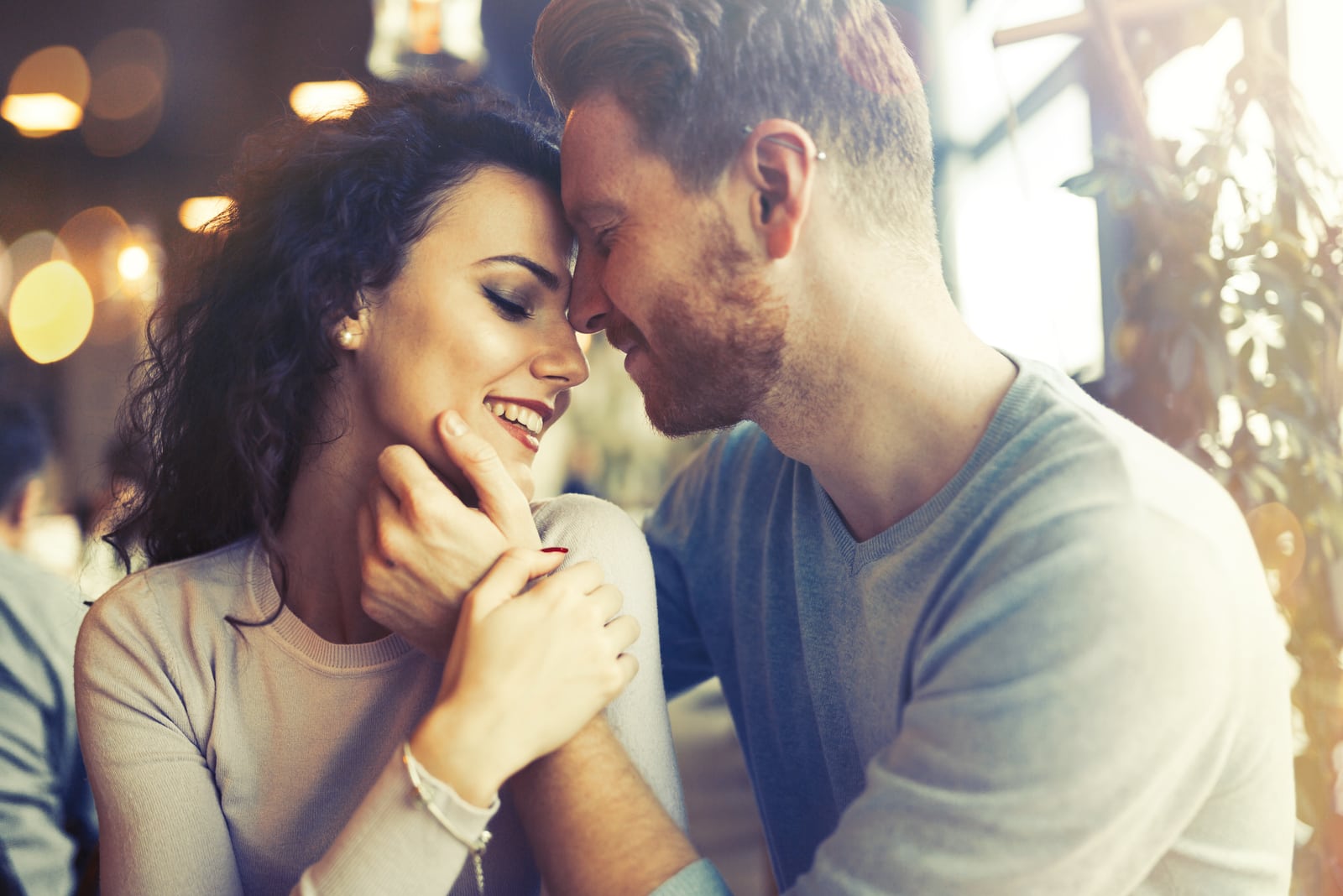 You can’t keep your hands off of each other, but you can’t talk about the serious elements of your relationship either. Rebound relationships are mostly characterized by tons of intercourse, which serves as a distraction from what’s truly going on.

If you find yourself in such a relationship, where you’re highly committed to your boyfriend but don’t know the course of the relationship, you could be stuck as a rebound.

He shows you off—a lot 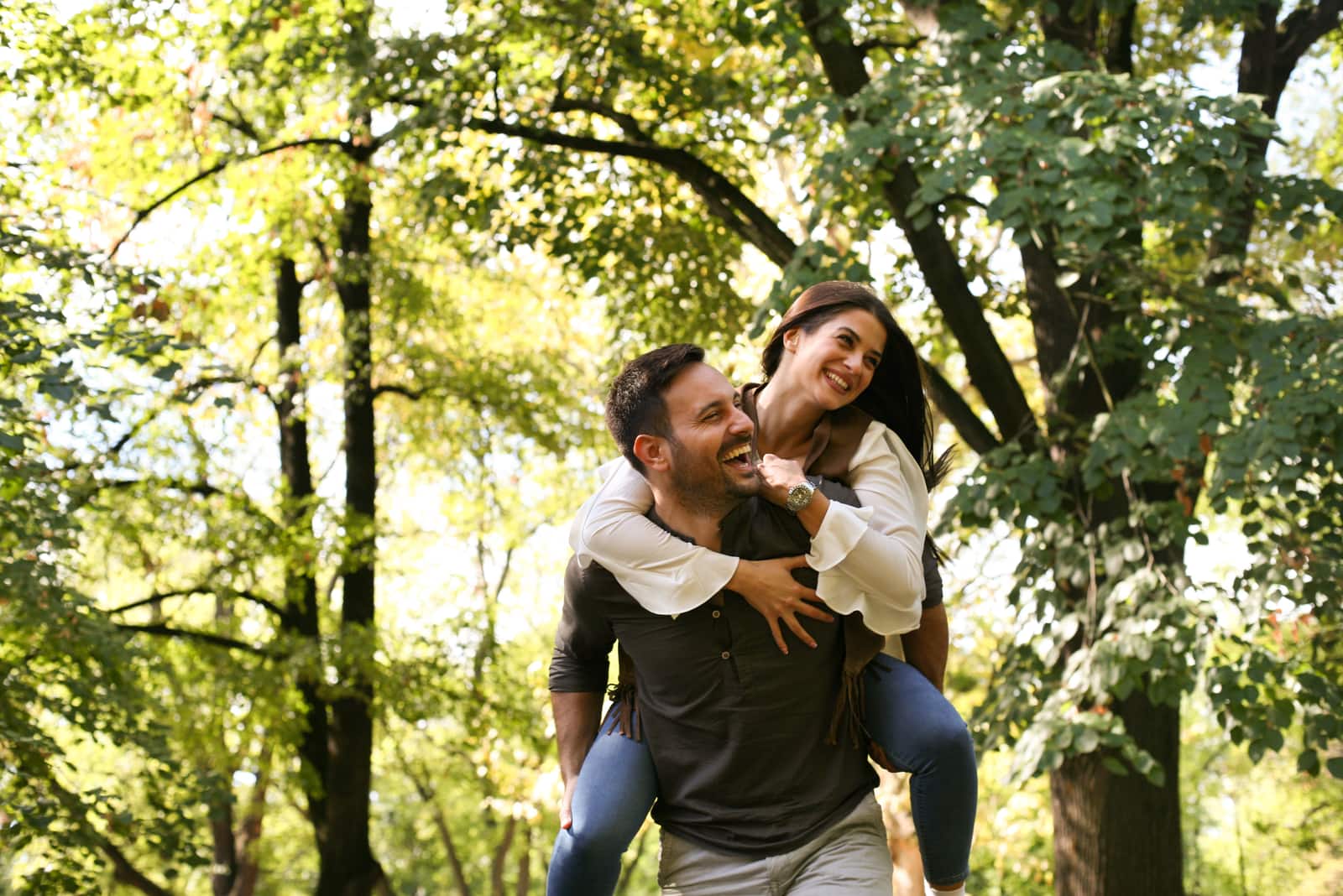 Whether he shows you off to his friends or his exes, there’s a reason why he’s doing it. It’s one thing to be proud of having an amazing girlfriend, but if he’s showing you off just for your looks and not your brains, he could be simply using you as arm candy.

You face shocking looks from his friends 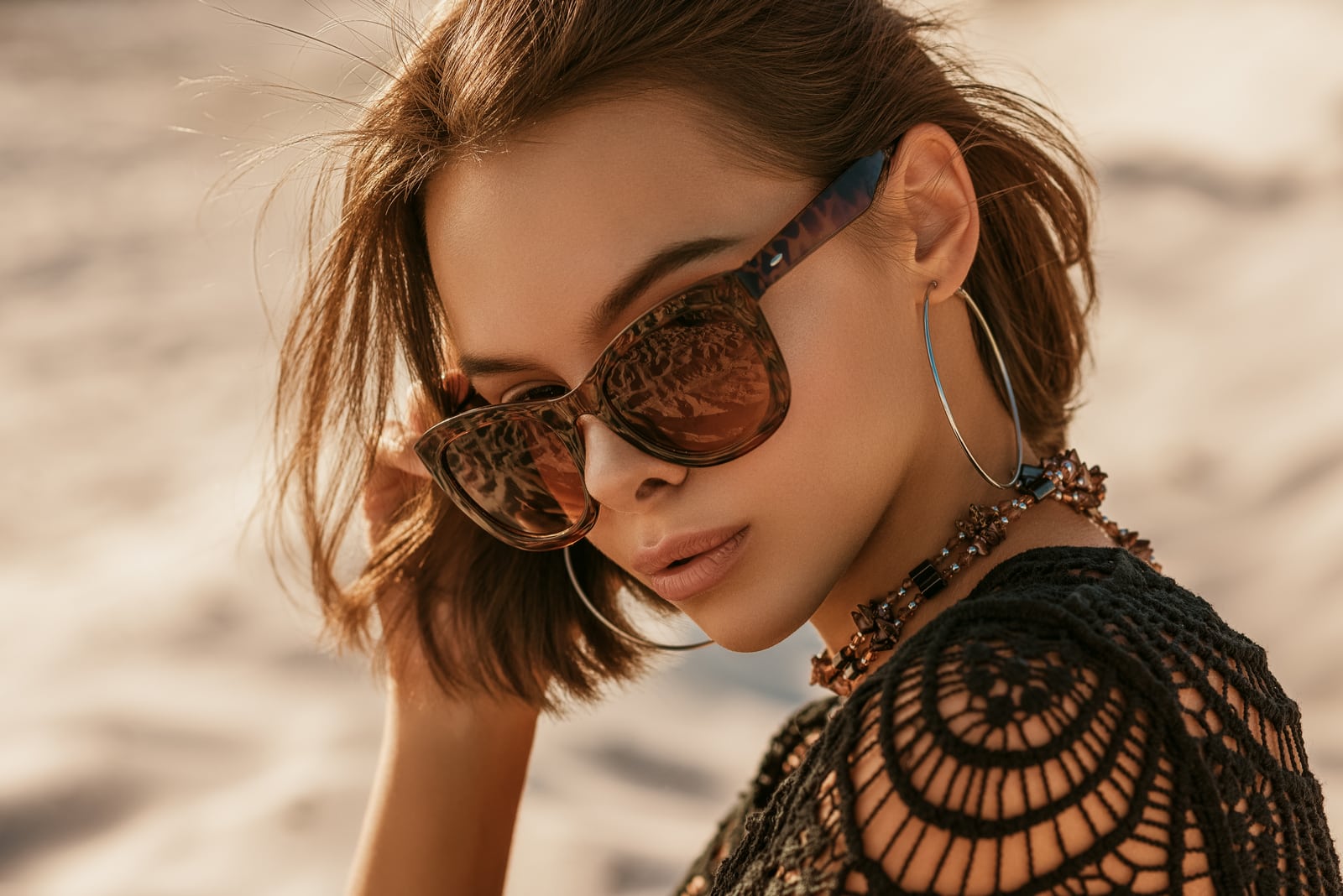 If you faced shocked and surprised looks on the faces of his friends, but your man did nothing about it, that could be a serious sign that something is off.

You’d figure his friends would know about his new girlfriend and support him but instead, you feel their disapproval and shock. 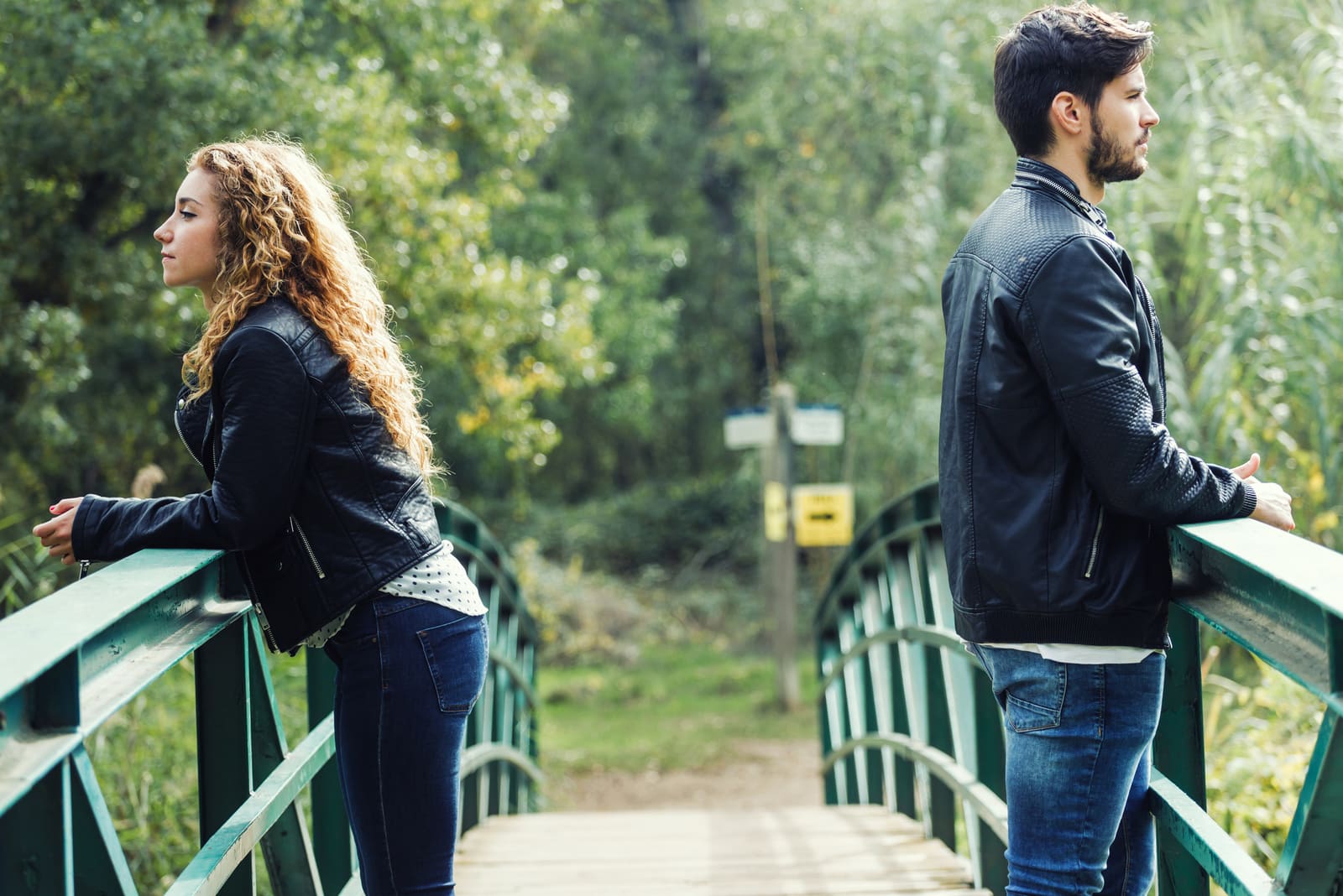 He seems much more dramatic than any of your other boyfriends before him, and you don’t seem to understand why.

You just got stuck with a guy who still isn’t sure what he wants, because his ex is still stuck inside his mind. 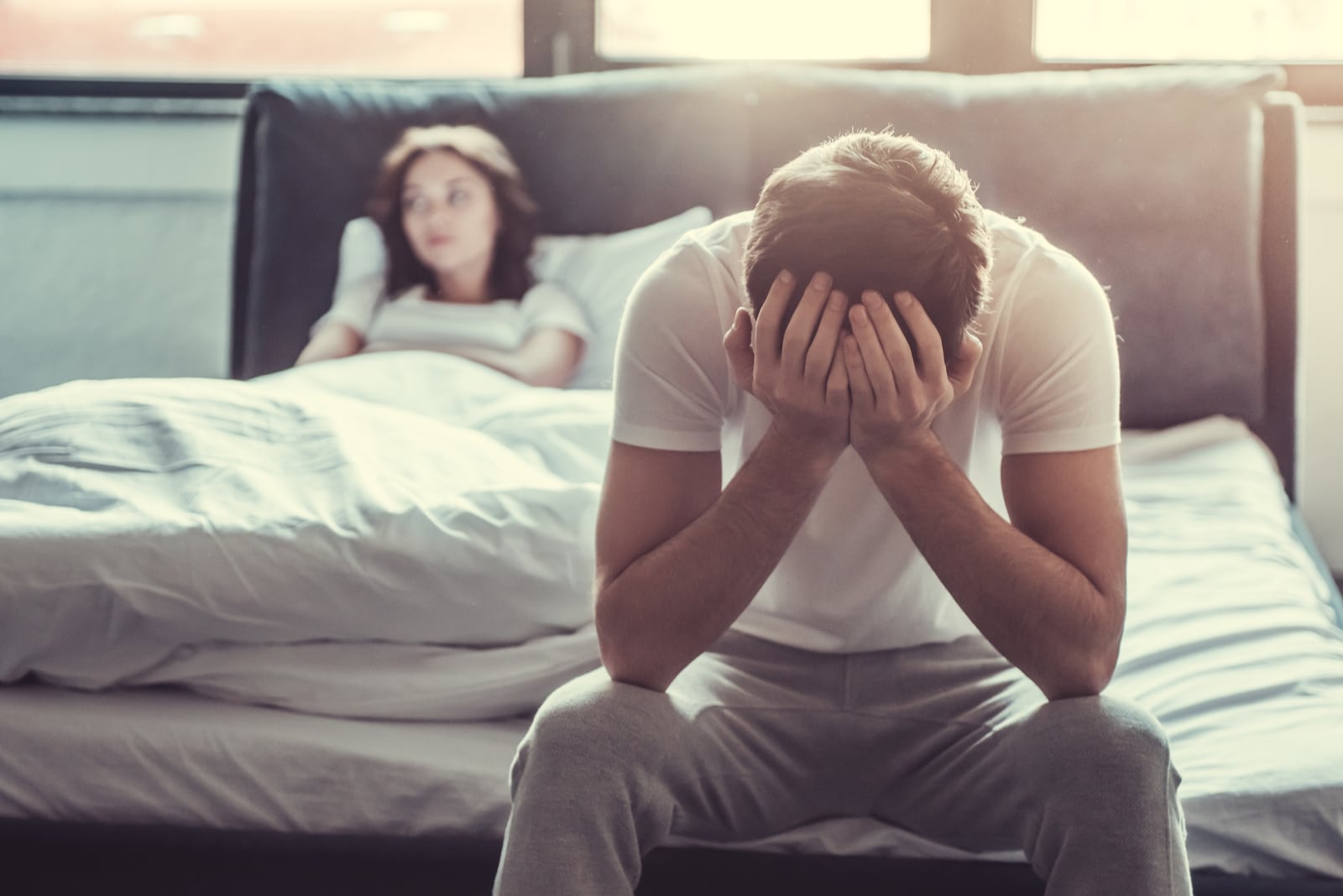 This is completely normal if you think about it. He’s moved on, trying to ignore the fact that he’s been hurt, pretending to be a tough guy and all.

He’s happy with you, but the moment you leave, depression sets in and he’s left all confused and faced with emotions he doesn’t even want to admit to having.

It’s hard to deal with such opposite emotions, leading him to have intense mood swings. 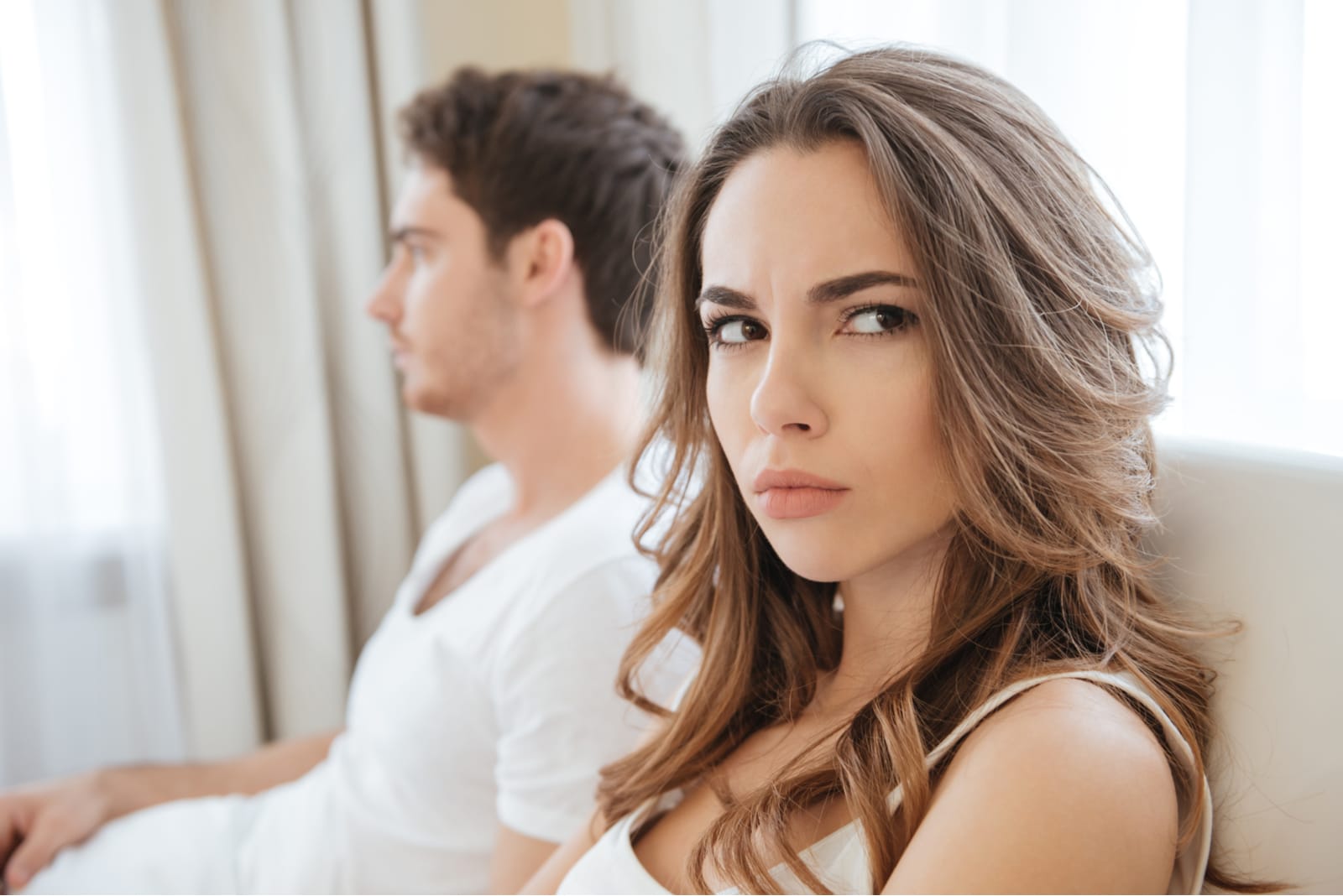 Whenever you want to discuss some serious issues, he changes the subject or directs your attention elsewhere.

Whenever you want to take things to the next level, such as him meeting your friends, he finds an excuse as to why he can’t do it.

He’s using you just to fill up the emptiness his ex has left and to pass the time, whether he’s aware of it or not.

He refuses to talk about his ex 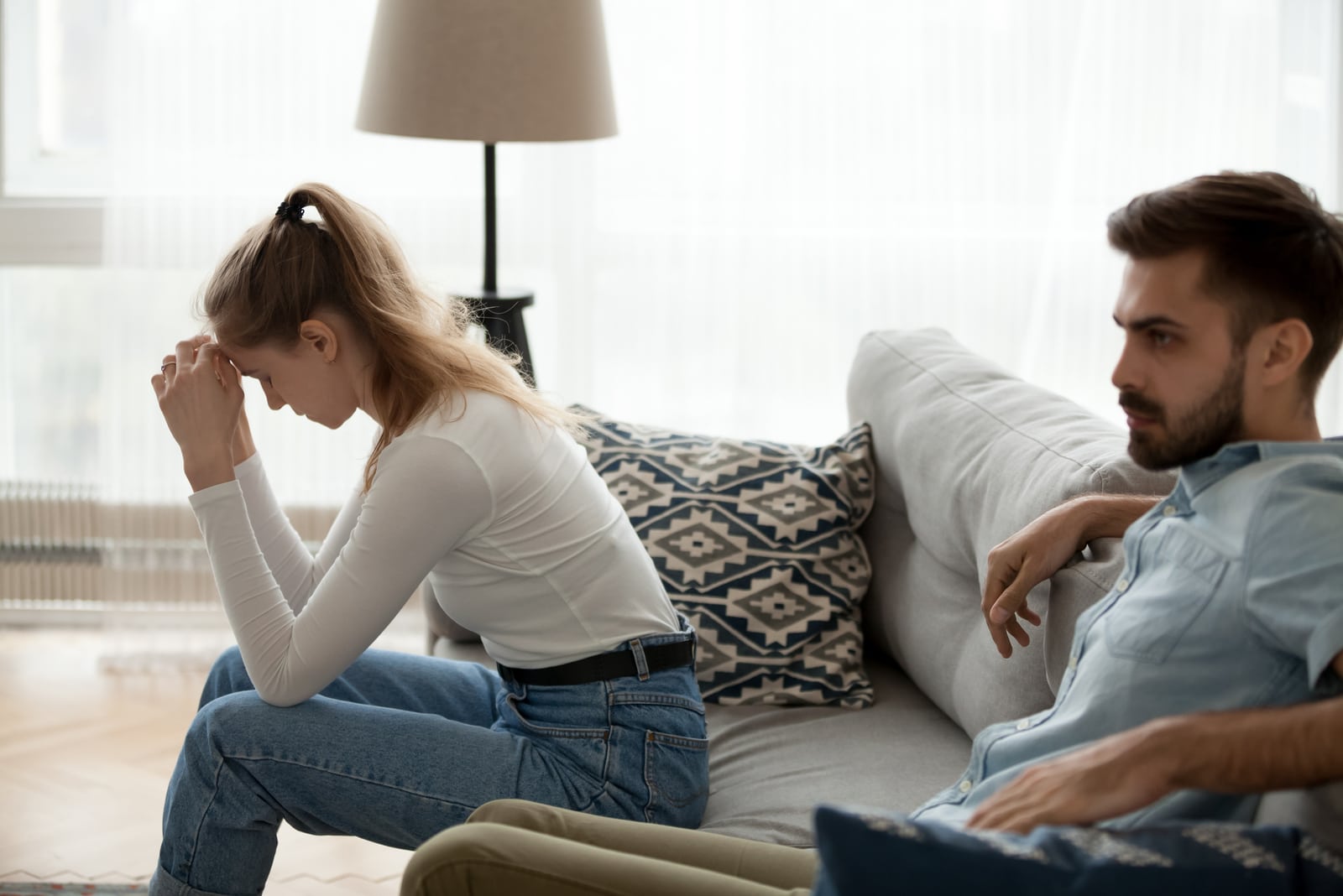 He acts all weird about talking about his recent ex, pretending that she never existed and that their break-up was nothing, just a game.

When his friends mention his ex, he changes the subject, not because he cares about your feelings, but because his wounds are still fresh.

This sign is especially obvious if he ended a relationship just a month ago. 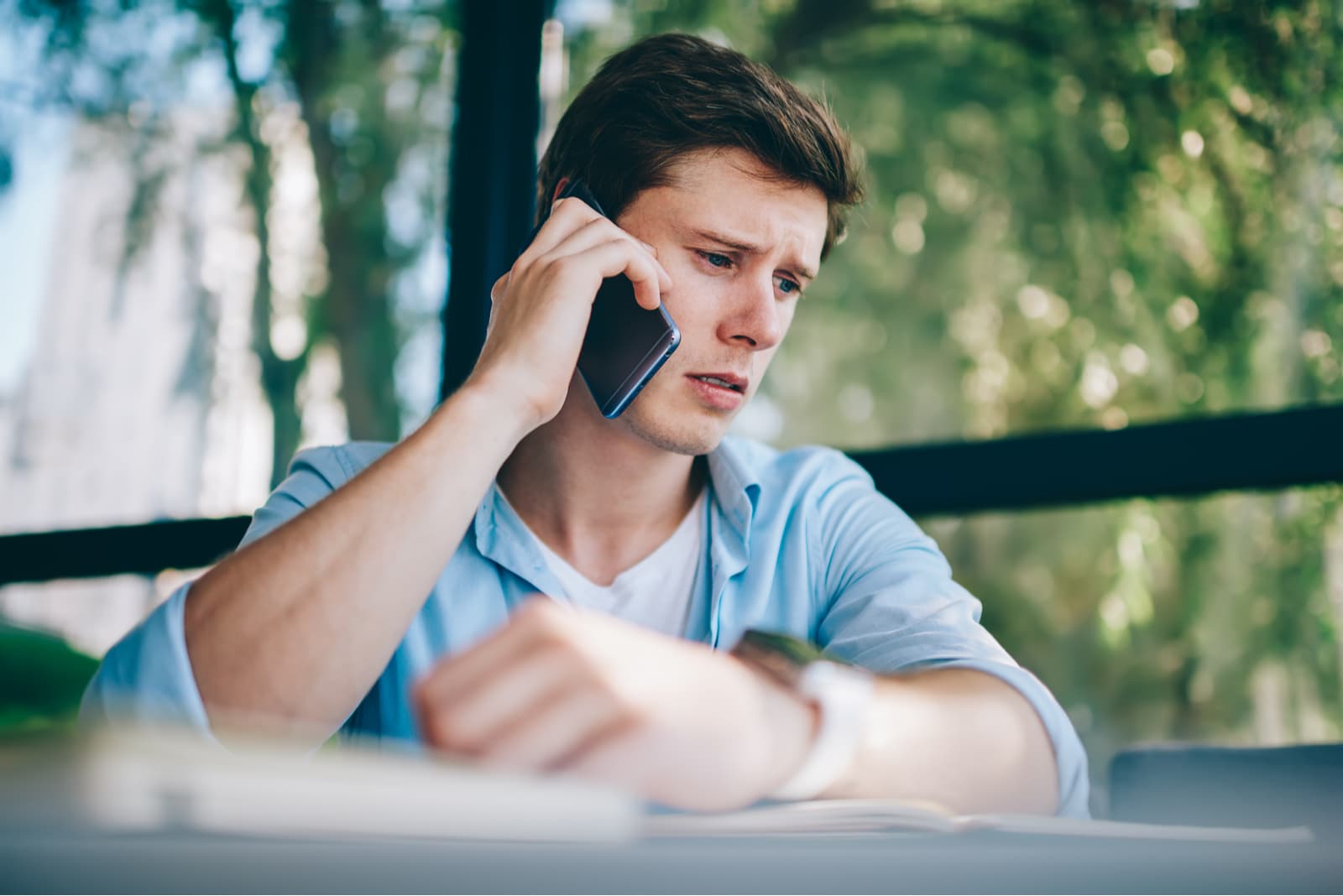 A clear sign of a deeply unhealthy rebound relationship is when he calls you only when he’s down and needs your attention.

Broken people tend to enter a rebound relationship because they’re in need of someone’s attention, a quick way to heal new wounds.

If you notice that your man shares only the bad things with you, but the good ones with everyone but you, maybe it’s time that you leave him. 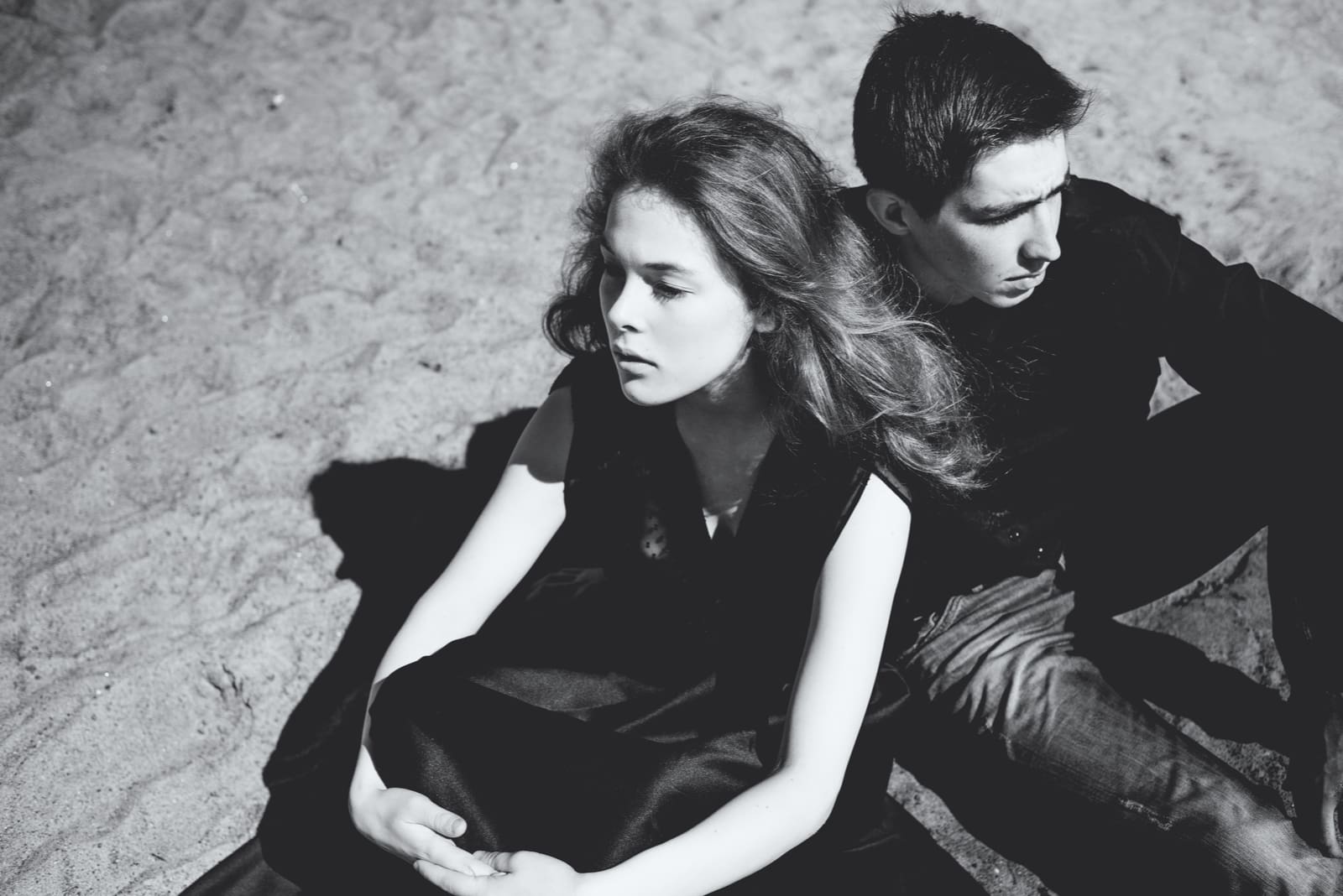 He turns either aggressive or instantly happy or feels beaten down. But the most important part is that his emotions are intense, whether it’s anger, faked happiness or sadness.

He’s still not over his ex and the mentioning of her name still hurts.

Seeing her happy is even worse, as that’s when he tries to step up his game by showing you off, expressing intense happiness; but the moment she passes by, he’s depressed as fuck.

The two of you have nothing in common 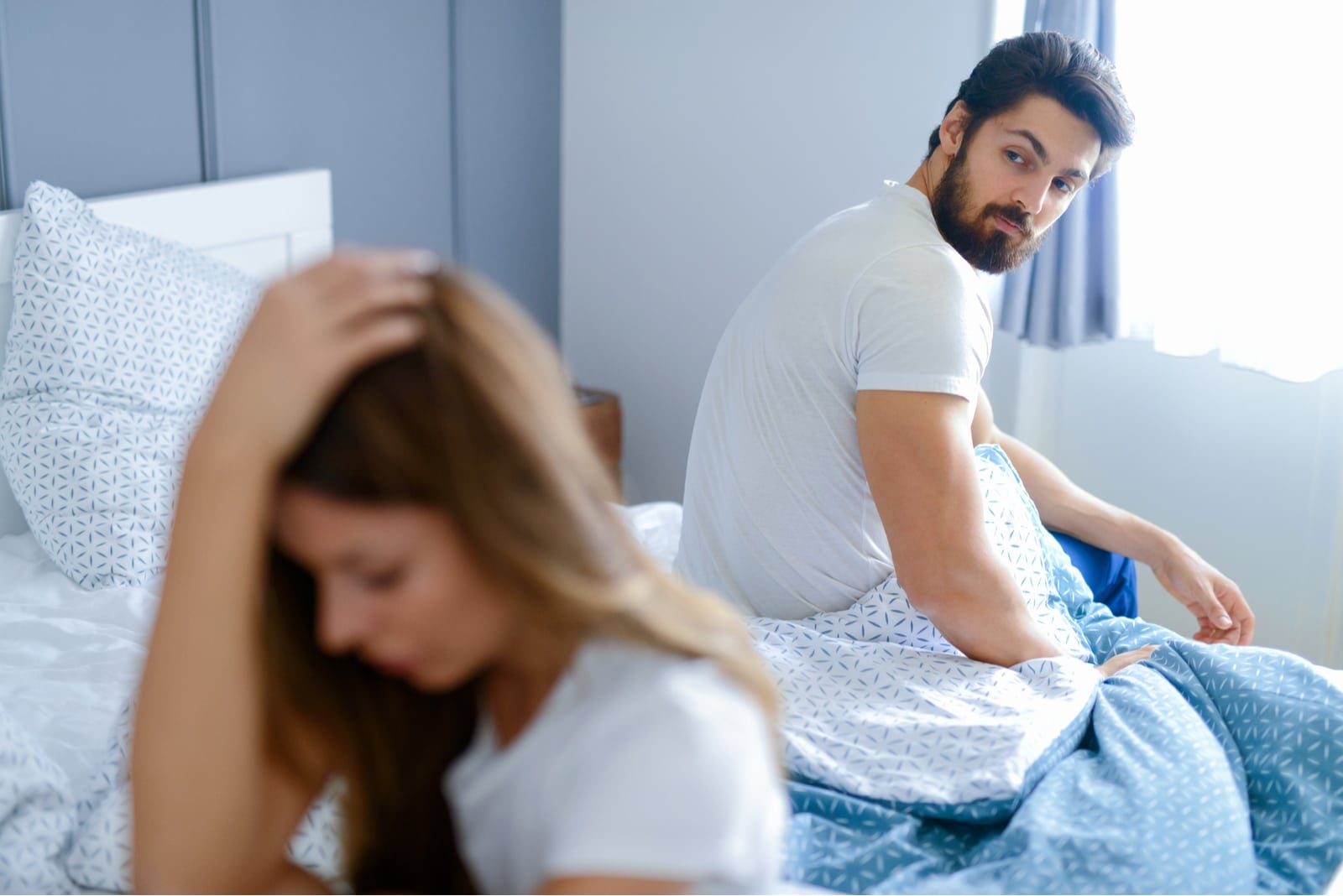 This one is pretty obvious. He never chose to date you because of interests that you share; you have one thing he needs and unfortunately, that’s your body.

In the beginning, it’s all fun and games, devouring each other and experiencing things in ways you never knew you could, but once that wears off, you have a normal need to get to know your partner.

For your own good, you should find a way to leave such a relationship, before feelings get involved and before it becomes toxic to you. 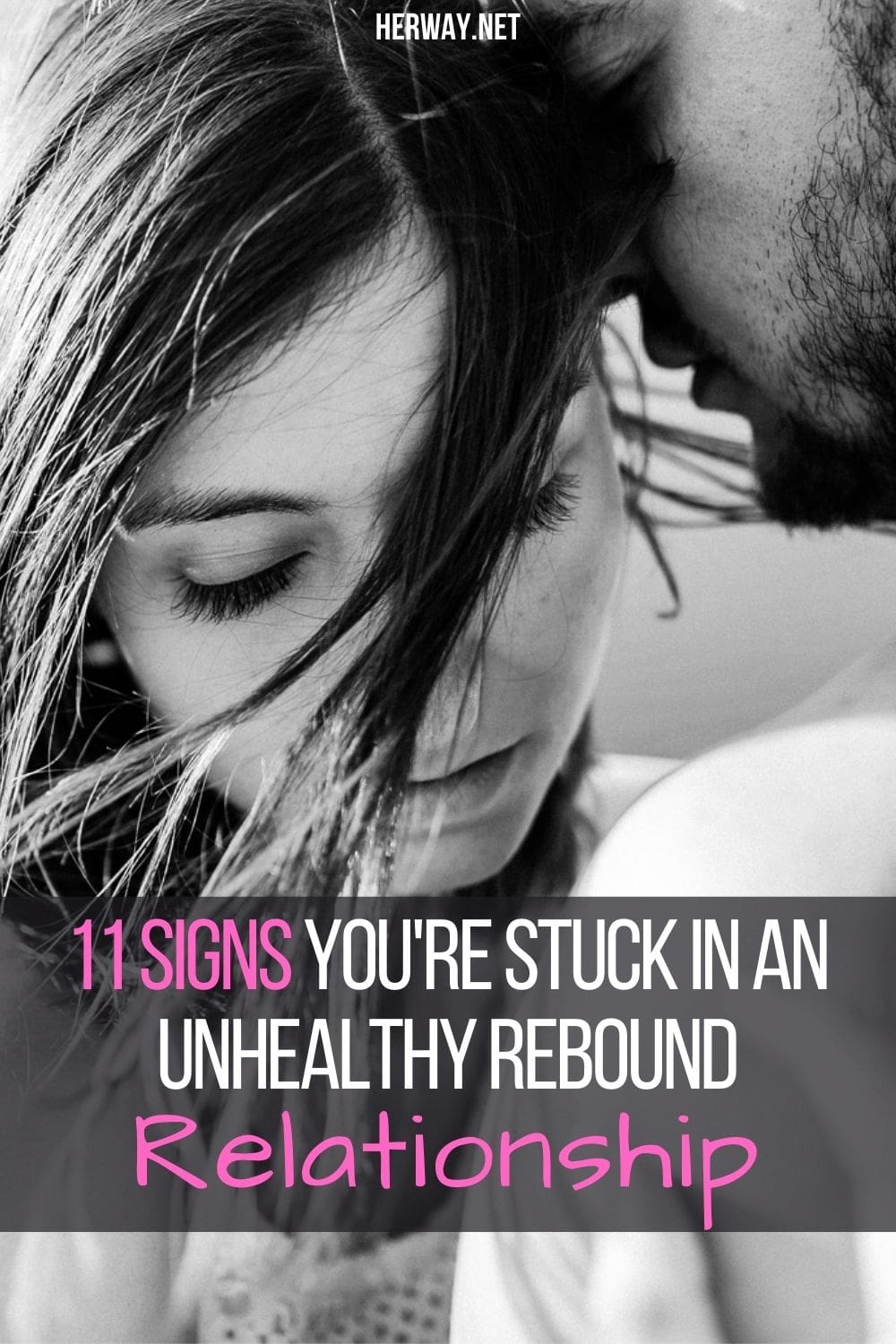