Every woman who experienced that awful feeling of a guy pulling away surely felt powerless and weak. It’s a scenario in which you can’t do much—except give him space to clear his things out.

If you meddle and force things too much, you can make him pull away from you even more. And then you are helpless.

You are left to wonder what went wrong and how things got to this point.

Emotional distancing is a sneaky bastard. You’ll never know when it’s going to hit you and why. And what’s even worse, there is no exact magic formula to fix it.

Unfortunately, you can’t do anything else except play along with his game and wait for the moment he decides to talk to you. Then, you’ll be on the team that’s winning.

Instead of obsessing about it and questioning your own actions, let it go because you’re not the one to blame for that. I know because I’ve been there, too.

I also struggled to find an answer to the question, “Why? Why is he pulling away?”

I want to make you feel better and I want to convince you that things are not over yet. There are ways you can be a better and more considerate person and how to truly understand him.

But, first, you have to get why he’s acting the way he is in order to try and fix it. If you care enough for him, you will do everything that’s in your power to get him back.

Here are some of the reasons why he’s emotionally distancing from you:

You are the one who’s always in charge

Here’s the thing and I’m not being offensive here—just realistic because things are like this. Men like to be leaders. They like to think they have the final word. They are made like that. If you go back to your childhood, don’t you remember boys were always competing over every little thing?

But, you should know that strong and independent women are intimidating to men. I’m not saying you have to submit yourself to him. You just have to just let some things slide. Let him initiate things—let him ‘steer the wheel’ for a change. After all, relationships are all about the compromise, so being the one in charge all the time is not so healthy for your relationship, after all.

The one thing we women have to understand and accept already is that: MEN DO NOT FUNCTION LIKE WE DO!

They are completely different. When they are stressed out, they need some time alone.

They need their safe place and the unthreatening environment where they feel comfortable. They need some time to gather their thoughts and decide what the right thing to do is.

Women, on the other hand, do quite the opposite. Our first instinct is to let it all out. I’ve never met a woman who kept her mouth shut at the question: “Is everything ok?”

If not the first time, then the second or third time you’ve asked the question. We have the need to talk it all out.

That’s where the problem is. If you see that your guy is being unusually quiet and he refuses to talk to you, it’s because he needs some time alone.

He will never tell you: “Well, you know dear…I have some issues and some things on my mind. I would really like to share them with you?” I mean come on, that even doesn’t happen in the movies—it’s so surreal.

If you pressure and bully him into talking to you about his problem, he will pull away even further from you. If he wants your help or advice, he will ask for it.

Don’t insist on offering your opinion as a cure for his problems. If he reaches out to you, be there for him and hear him out. Until then, just let him sort his s**t out by himself. 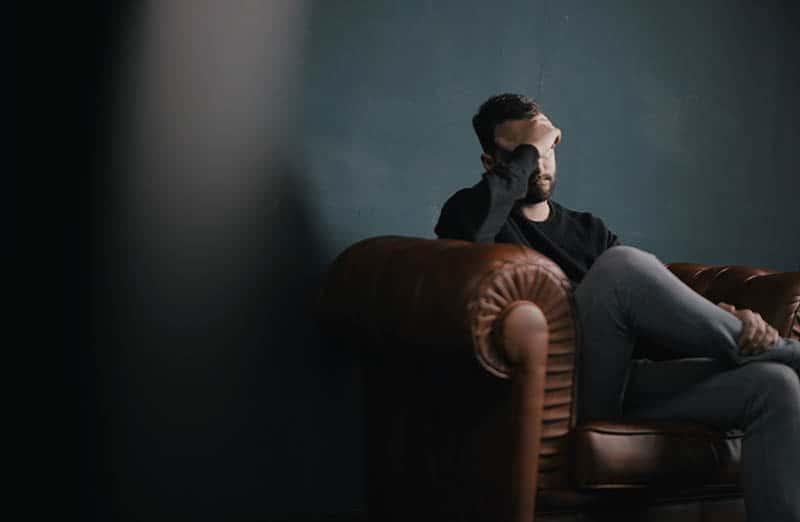 I know that some women can’t shake that behavior off. That is a state of mind.

Why does this happen to us? I sincerely think that women who become needy had some bad experiences before, so they become needy out of fear.

They become needy because they are afraid they will lose this guy who is treating them the way they deserve.

But, truth to be told, we really can go too far in the whole thing and that’s when things go south.

Men hate when we act like this because they get the feeling they are being suffocated.

Men like to feel wanted and desired—not needed. Their only fear is that they will lose their freedom in a relationship.

It’s not that they hate relationships. On the contrary, there is nothing better than being with a woman who they care for. But, there is that fear a woman will suck them dry.

So, play this one wisely because as soon as they get the feeling you’re being too needy, they will start pulling away out of fear they’re losing their freedom.

It’s hard to keep a happy and healthy relationship. But remember, you’re not in it alone—compromise and talk are the cure for every relationship’s bump in the road.

See also: You Distancing Yourself Is Killing Me