Dating is hard. It takes a lot of time and energy to find someone who is right for you, and to be honest, you will have to put up with a lot of guys that are not right for you.

One thing is for sure—it’s better to end things sooner: The moment you realize he is not good for you, and there is no hope he’ll ever be, you should move on.

We bring you 5 signs you should be aware of from the start, because they mean your boyfriend is not the right person for you:

1. He lets you know that he has other options.

He keeps telling you about all the other girls that flirt with him. He definitely doesn’t make you feel like you’re the one. This is a huge red flag because it means he isn’t ready to commit to you.

This is especially difficult for girls with low self-esteem because they already think they’re not good enough. Well, screw him if he can’t make you feel like you’re his one and only. You don’t deserve to feel like one of many.

2. He never takes you on real dates.

He always invites you to hang around at his or your house, but you never actually go out and do things. This is alarming because it says he doesn’t really try to impress you and to show you you’re special to him.

Perhaps he is not ready to be seen with you. Maybe he is lazy, or he is just trying to be cheap, but this type of person will soon become boring to you anyway.

See also: This Is Why He Doesn’t Want To Put A Label On Your ‘Relationship’ 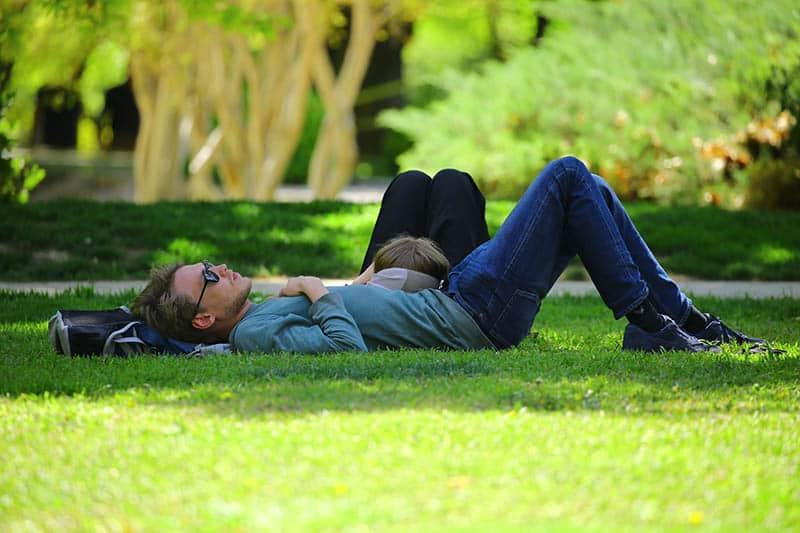 3. He keeps you away from your friends.

Your friends and family are the people who know you best. They are usually the ones to recognize red flags way before you. If your new boyfriend avoids all contacts with your friends and family, that’s a sign that he probably doesn’t think your relationship is something serious.

He knows you have an important interview tomorrow, but he doesn’t even think it’s important. Only things that are important for him matter. He laughs at your ideas openly.

He doesn’t express his support for your plans and dreams, so how do you think you’ll make it work in the long run with this guy, huh?

Every time he does something for you, it’s not a favor, but a debt. He will bring that up all the time and he will expect you to do something for him in return. He is the type of person with a huge pride, and he hardly admits he’s wrong about something.

He keeps score about your fights—who was right and who was wrong. This kind of person is annoyingly petty in a relationship. You don’t need that kind of additional mental work in your life.