Having a sister means you have everything you need in one person. She can be the most annoying and the most loving human being at the same time in one human body.

At times you want her gone and you regret she was ever born but then again, you remember that your life would never have been the same without her.

She is your arch-enemy and your best friend.

It’s not just a saying, it’s actually scientifically proven. If you have a sister, it means you are a better person because of her.

You taught each other communication, negotiation, and appreciation. You helped each other grow mentally and emotionally. There are a lot of things two sisters can share that a brother and a sister can’t.

In your developmental years, when you were not comfortable talking to pretty much anyone but you had the need to lean on someone, you had your sister to turn to.

Even arguing with her helped you develop. You learned to take a stand and you learned how to act in conflicts. People without sisters learn this the hard way.

But if you still don’t believe that having a sister made you a better person, check out the signs that will definitely change your mind:

1. A sister helps you grow your self-esteem

Sisters act kind and motherly toward each other. This leaves you feeling protected and loved, which later on influences your self-esteem. The warm environment you grew up in surely helped you a lot in your later development.

2. A sister helps you become kinder

Sisters can have a better influence on each other than a parent has on a child. Science has proven that sisters teach each other how to be compassionate, kind and sincere.

They provoke in each other all the socially acceptable traits, the ones that a lot of people are missing.

The compassionate side of you will kick in and open your heart to forgiveness. She is your sister after all. You know that you can’t say whatever to her because you can’t afford to lose her forever.

3. A sister is going to teach you empathy

Because whenever you saw your sister having problems or hurting, you would turn to her and help her. Because her pain was yours too. Later on, you became like that with everyone else. That is how your sister has made you a better person.

4. A sister helps you develop your communication skills

Research has shown that men who have sisters are better at communication with other women because of their sisters. They grew up next to women and they have learned how to talk to them and how to understand them.

While on the other hand, men who have grown up surrounded by men are far worse at communicating with women later in life. Thank your sister for you becoming a kind and understanding man.

5. A sister helps you become independent

Growing up alongside a woman definitely teaches you one thing—you learn to fight for yourself and you learn to speak your mind.

You make sure your voice is being heard because that is the only way to get your opinions aired. By acting like nothing more than your sister, your sister turned you into the strong and independent woman you are today. 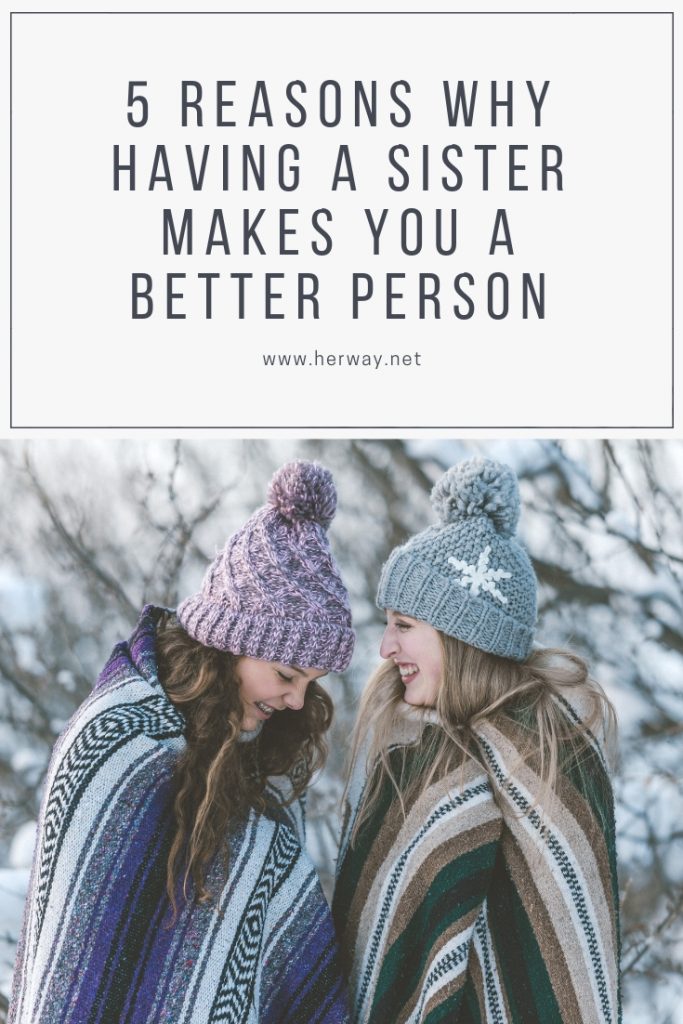