We’ve all been there. You are (or were) in a relationship and all of a sudden you start questioning his friendship with his ex or just contemplating too many what ifs.

If your man is truly devoted to you and there’s not a single reason to be suspicious of his behavior, there’s no need to overreact and spread a disaster that didn’t even exist in the first place. You should leave his past behind because if you don’t, it will interfere with your present and you will not be able to enjoy life with your man the way you deserve.

Overthinking about his ex will not bring you anything good. Instead, you should focus on what you’re doing at the moment and nourish your love.

Here are some reasons that might help you understand why you shouldn’t give a fuck about his ex.

Whenever you find yourself thinking about his ex, just remind yourself that he’s here with you. He’s not with her because they are a thing of the past.

He might be still friends with her but that’s all there is to it. He respects her as a thing of his past and loves you because you are in his present.

Remember that relationships are built on trust. If you don’t trust him that he’s yours, he will start suspecting his own feelings.

I’m sure you don’t want that happen and that is why you should embrace what the two of you have and stop worrying about her because in his mind, she’s literally non-existent.

2. You don’t want to look insecure.

If you start asking him questions, he’ll think of you as insecure. I know you’re doing it just because you’re interested and a little bit jealous but there’s no reason for that.

Avoid asking him questions if there’s no need for them. You are a strong and confident woman who doesn’t give a fuck about his ex.

Yes, she exists but that’s not the reason why you should start questioning everything. Insecurity is the number one relationship killer and you certainly shouldn’t let some ex ruin what you’ve been building all this time.

3. He answers questions about her.

If you choose to ask him about her and he gladly gives you answers without looking worried or something, you’re good. It means he’s okay to talk about her because he’s not afraid that he’ll reveal something that you don’t know yet.

If he’s not afraid to tell you anything about his past relationship, it means he’s over it and you shouldn’t be worrying. When it comes to this, men are really easy to decipher.

If he still has a thing for her, he won’t be able to talk freely about her. He would have to think twice before saying anything and you would have noticed it.

When the two of you are walking around or sitting having a drink and his ex passes by, does he, say, change his behavior or pretend that he didn’t notice her? If he says hello to her like to anyone else, there’s no need to worry.

He will not hide her from you because he doesn’t need to. He knows he’s with you and all he’s doing is showing her respect by greeting her and that’s pretty much it.

5. She’s not a part of your relationship.

You should understand that he wants to enjoy the present with you while building a future. He wants you to be next to him and not to think about his past and some irrelevant people who happened to be there.

Just focus on your present, and leave everything else in the past, where it belongs. Cherish these moments of joy with your guy and worry about nothing except you and him.

Remember that YOU are the one he chose to be with. You are his now and everything else is irrelevant. 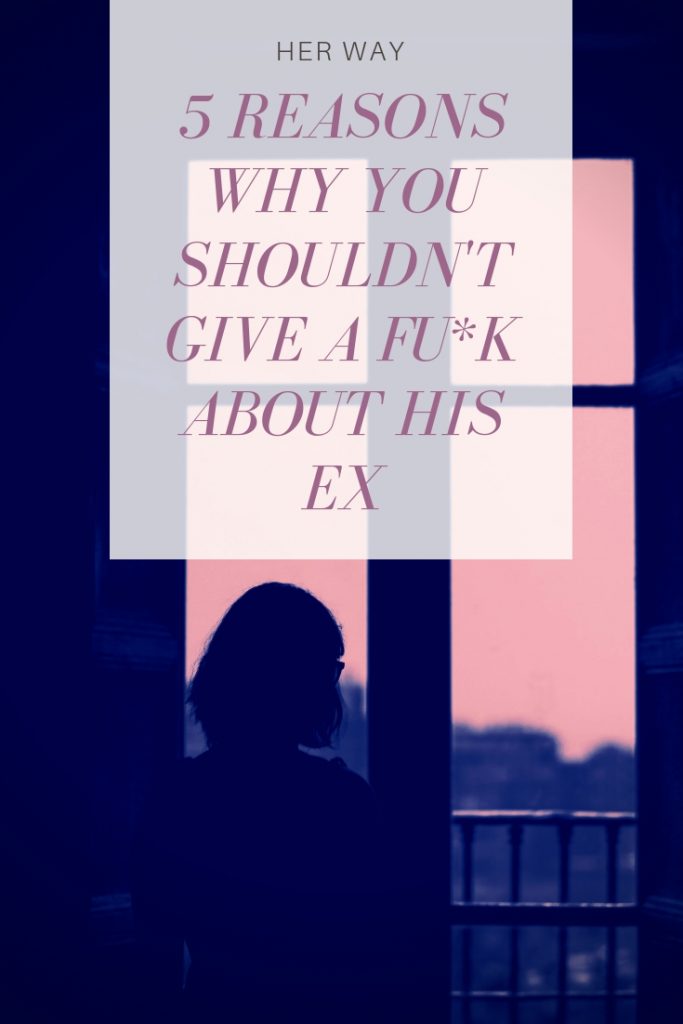