She’s nervous almost all the time

If you’re dating a shy girl, then you know how hard she is trying to make a good impression. She might not be one of those girls who gets everything just like they pictured it, but this one deserves a standing ovation for trying so hard to be close to perfect. She always thinks this one thing a million times through because she doesn’t want to make a mistake or embarrass herself in front of you. Your opinion matters so much to her and she’d hate herself if she did something that’d make her look bad in your eyes.

She knows every single detail about you

There is no need for you to repeat anything you said before because when it comes to you, she has a perfect memory. She’ll remember every single detail about you because she’s genuinely interested in you and in your life. She wants to know what moves you, what it is that you like and sometimes you’ll even forget you mentioned something, but she won’t. On the other hand, there will be moments where there won’t be a need for you to say anything because your Facebook, Snapchat or Instagram already informed her what’s new in your life. She might ask you if you’re feeling better when you haven’t ever mentioned that you caught a cold, but you did, however, post it on Snapchat. It’s nothing to panic about, you have also stalked people on social media, so chill. She isn’t obsessed, she just likes to see you when she misses you, even if you can’t make it to see each other in person.

She doesn’t know how to approach you

Her shyness makes it impossible for her to be good at this kind of thing. She isn’t the type of girl who’ll get bold and approach you first. She’s just too scared to ruin things with you. She’s more likely to wait for you to make the first step. But she’s far away from not trying. You can often catch her glancing at you, but the minute she notices she’s been caught gawking at you, she’ll look away and most likely blush. She’d like to be one of those confident girls and she might get there eventually with you, she probably will with time, but for now, you need to be the man who initiates most things. 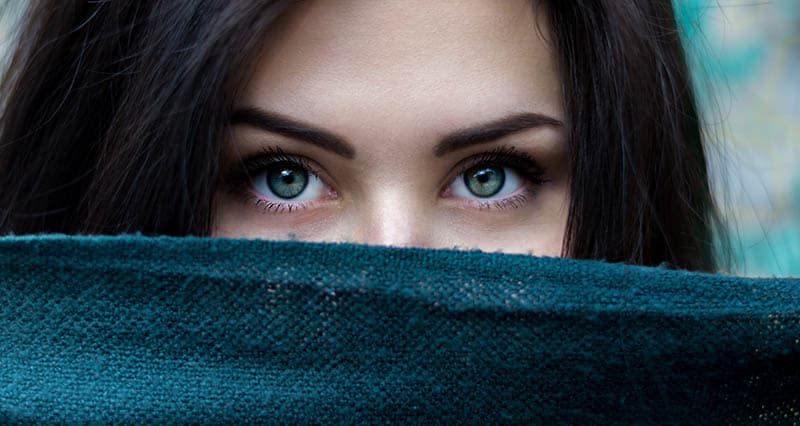 Her biggest fear is turning you off

While other girls might have zero self-doubts that they’re man’s ultimate desire, a shy girl is never like that. She’d love to throw a few seductive moves here and there and initiate things on her own, but as an over-thinker, she’s unable to do it with confidence. She’ll always doubt whether she’s being sexy or if she’s making a fool of herself.

Although you can’t do much with her shyness in public, you most definitely might do something with it while you’re alone. Encourage her in all her actions and you’ll see that shy girl turning into a seductive diva if you just give her a small confidence boost. At the end of the day, it doesn’t matter how she behaves in front of others, what matters is how she behaves with you.

She wears her heart on her sleeve

A shy girl might be clumsy with many things, but this is not one of them. She’s just an open book when it comes to her heart. If she loves you, she’ll love you with all of her heart. She won’t play games and she won’t play hard to get, because she was never much of an actor, but she has always been a straightforward and honest kind of person.

Because she wears her heart on the sleeve, she’s an easy target to hurt. Despite knowing this, she always chooses to show you her feelings. She’ll never keep you in the dark when it comes to what she feels about you and she couldn’t hide it even if she wanted. Because a shy girl’s feelings towards a guy she likes or loves are always written all over her face.

The rest is pretty much clear to you. You can just let things go, but if you’re smart enough, you’ll do your best to keep this kind of girl.