Maybe you dated many guys but they all ended up as so-called, ‘‘almost’’ relationships. At one point they became extremely distant from you and simply didn’t want to keep in touch with you anymore, so they left. You start seeing the same problems with your current partner and you don’t know what’s happening! So here, I’ll present you the signs that someone shows if they have commitment issues, because that might be the problem with your current lover. Watch out for these signs before you fall head over heels for him.

Contents show
1 1. His past relationships lasted for a short time
2 2. He avoids long-term planning
3 3. He is TOO sexually active
4 4. Most of his relationships were undefined
5 5. “I have never said ‘I love you’ to someone”
6 6. He’s unpredictable
7 7. He loves the chase
8 8. He doesn’t want you to meet his friends and family

1. His past relationships lasted for a short time

If your partner is a bit older and has never had a serious relationship, that’s a huge red flag you need to watch out for. He might have been dating awesome women in the past but never wanted to commit because he thought that it was too much work, even if he had a longer relationship (a year or two) but says that there were no true feelings involved from his side.

Live in the moment, we get it! But that doesn’t mean that you can’t make plans for a road trip together. If you ask him if he wants to go with you to the movies next week and he tells you that it’s far away and, “Who knows what can happen until then,” watch out! People with commitment issues only want to plan things the same day they are happening or just a few days ahead.

3. He is TOO sexually active

We are all human, right? We all have the need for intimacy and sex is a way of getting intimate with someone. But for a guy who has commitment issues, sex is only a physical pleasure and they can do it with anyone, at any given time. So, if he wants sex with you right away, or if he has been talking a lot about his affairs that he had throughout the years, THIS SHOULD BE A HUGE RED FLAG! 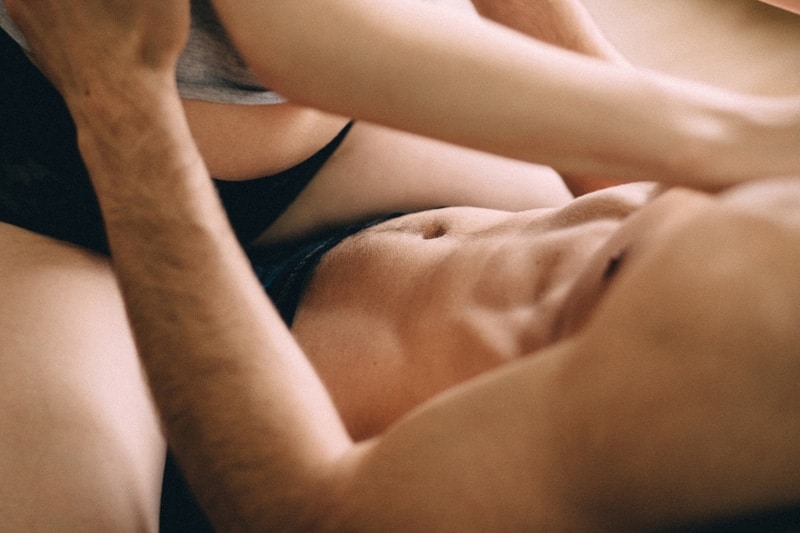 4. Most of his relationships were undefined

You’ve been asking him to define your relationship and to tell you how he feels about you, just so you know what’s happening with the two of you. All he does is avoid the answer and he says that it’s OK the way it is now and that you shouldn’t be worrying so much. Take him off the pedestal and ask the questions you want; if he keeps avoiding the answers, you know what’s going on.

Well, darling, people with commitment issues are afraid of their emotions and they don’t like to express them at all. That’s why they always pretend to not have any emotions. He simply won’t tell you that he loves you and mean it!

He always surprises you with his mood swings. One minute he’s sweet, kind and loving, but the next, he avoids you completely. This is simply because he doesn’t want to get attached to you at all, so every time he feels good beside you, it scares him and he runs off.

7. He loves the chase

Maybe he thinks it’s fun? At one point you might have noticed that he has been manipulating situations into a fight so he can have his fun. If everything is fine, though, it screams COMMITMENT and he doesn’t want that.

8. He doesn’t want you to meet his friends and family

He probably doesn’t even have a lot of friends, but if you get close to someone he truly cares for, there is a chance he’ll start being interested in you more and that scares him to death. Every time you have an appointment or something where his friends or family are included, he cancels at the last minute.