We all have our types, true. But won’t you agree with me that when it comes to hot men, there are a few things that make them universally hot? I’m talking about put a dorky hipster pair of glasses on an average man and voila—he’s hot!

I’ve seen my fair share of godlike attractive men and I must say that I’ve come to a conclusion. He doesn’t even have to be that handsome or drop-dead gorgeous to be hot.

What am I talking about?

Exactly what I wrote earlier. Let’s set up a scenario to explain things better. You’re walking down the street with your girlfriends on your night out. A cute guy passes right by you. He catches your attention but not for long.

Later on, you see the same guy on the stage of a bar you walked in to, with a guitar in his hands, rocking away. The hotness bar suddenly hits red!

Do you see? A few hours earlier, he walked by you, you barely noticed him but now you’re drooling all over him because he is up on stage with a guitar. What made him magically hot in those few hours? Well, his guitar obviously and the fact he plays in a band.

This is just one example of the ones yet to come:

Whoa! That’s what I’m talking about. Let me see those forearms, let me sleep tight tonight! Imagine two men next to each other. One is wearing a shirt with the sleeves rolled down. He looks tidy and good.

On the other hand, the second choice right next to him is a hot guy with rolled-up sleeves, looking for trouble. Who are you going to choose?

I’m just saying, rolled-up sleeves gives a certain something to a man’s look that no woman can resist.

There is nothing sexier than seeing a single dad taking good care of his child. And on the plus side, all single 30-something dads look like sexy hipsters you would totally make out with in a bar somewhere.

But seriously, his behavior and his tenderness to his child is something we all want to experience, especially the ones who lacked it their whole life. Men like this kind of restore faith in humanity. And they’re hot!

No woman likes extremes when it comes to everything, your voice included. Too low is actually scary and too high sounds emasculating. But when he starts talking and you hear a nice middle voice, a sweet sound of a warm baritone, you’re done.

Step aside and drool somewhere else, please. I know he’s too hot to deal with but don’t be so obvious. Although, I can’t blame you being tempted, getting off just to the sound of his voice.

4. Jeans dropped to his hips

And of course, naked from the waist up. You can only look at him and wonder what you would like him to do to you. Including that awesome six-pack, I guess he’s the whole package.

I cannot believe I’m saying this but desperate times ask for desperate measures. Yes, having a job has become sexy. In the sea of unemployed leeches, there is not a lot of those who actually try hard to be successful.

So, when you stumble upon someone like that, it changes the complete picture you have of him. His thirst for success and the effort he puts in with his job is irresistibly hot.

I can’t even say how many times this has happened to me. When I’m single and looking for someone to hook up with, nothing happens. But when I’m already seeing someone, men suddenly start noticing me. They are all over the place.

So it gets me wondering where were you when I needed someone to hook up with?! Has being in a relationship become some kind of sexy status? Like, I’m taken, you can’t have me now and then you want that person even more?

Ink?! I’m in. I mean, I will say nothing more but to leave you to enjoy your imaginary tattooed guy parading around right before your eyes at this very moment.

By animals, I mean, dogs and cats. Just carry one around with you and every girl is yours. 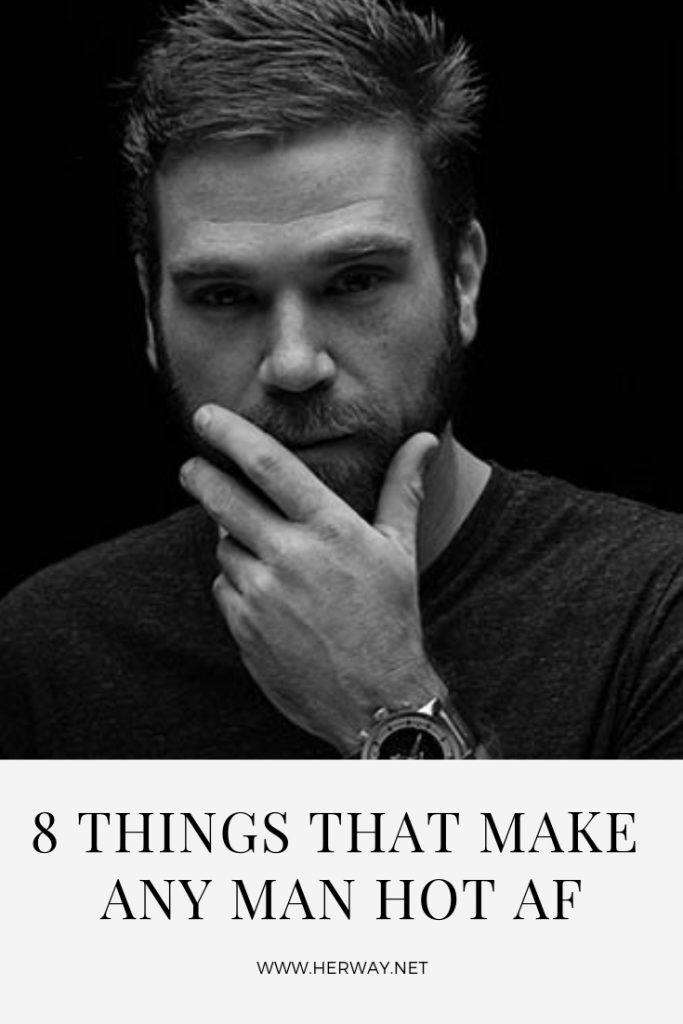