You’re not crazy for missing him, whether he was a total psycho or a nice guy, or just because the sex was good.

One way or another, he was a part of your life and now he’s gone. Of course you’re going to feel something.

So missing him is totally normal and excusable. You’re not alone, by the way. It’s in every human’s nature to feel that way after a relationship has ended.

Those who continue partying after they’ve gotten out of a relationship and swear they are okay, are, of course, lying.

But that’s a story for another time.

You know how all of a sudden you forget about all the bad stuff you went through in a relationship after the break-up?

It’s fascinating how those bad memories fade away so quickly and the good ones force their way to you.

It’s like your own mind is playing tricks on you and tries to make you feel guilty that the two of you broke up.

When you think about it, missing your ex is a classic prank your mind is playing on you.

As much as I want to believe that to be totally true, that my mind is just playing with me and it’s going to go away sooner or later, there are still other reasons why you miss your ex—like true, legit reasons.

Contents show
1 1. You’re still single
2 2. You ended things recently
3 3. Good morning notes and texts
4 4. You’re obsessing over what went wrong
5 5. You are impressed with his family
6 6. The sex was out of this world
7 7. You miss touch

Have you ever heard of a rebound? Well, I warmly suggest that you try this. Let loose and date someone to help you forget.

You actually need a man right now to kick your ex out of your mind. You need to get rid of him. The sooner you do it, the sooner you’re going to forget about him.

When you end up single after a relationship, you have to face that you have a lot of time on your hands, and frankly, you have no idea what to do with that time.

So, what I actually think is that one of the reasons why you’re still thinking about him is because, well… you’re bored.

You need a distraction disguised as a nice piece of hot ass. Take my advice and distract yourself!

Well, believe it or not, it takes time to get your emotions in order. Nothing happens overnight and deep down, you know that but you refuse to accept it.

We don’t have an on and off switch to press whenever we don’t like what we’re feeling. Emotions don’t work that way.

We can’t change that, we can’t control our emotions. And whether you like it or not, you’re going to miss him for as long as your heart is still hung up on him.

But don’t panic, let some time pass by and he’ll be further and further in the past. Eventually, you’ll forget about him altogether.

As I’ve already said, whatever this guy did to you and no matter how pissed off you are at him, there are still some good things about him that you miss.

Maybe he used to leave you little notes or text you that he missed you out of the blue. It would be cool to keep that, wouldn’t it?

There is one thing you aren’t probably aware of, though. You’re not missing him per se, you’re missing the attention you were getting.

You miss having someone think of you and show you that you matter.

That’s why I strongly suggest you go through with the first point and find a rebound.

You’ll see that you don’t care about who sent the text ‘I miss you’. It’s just important for you to get it. 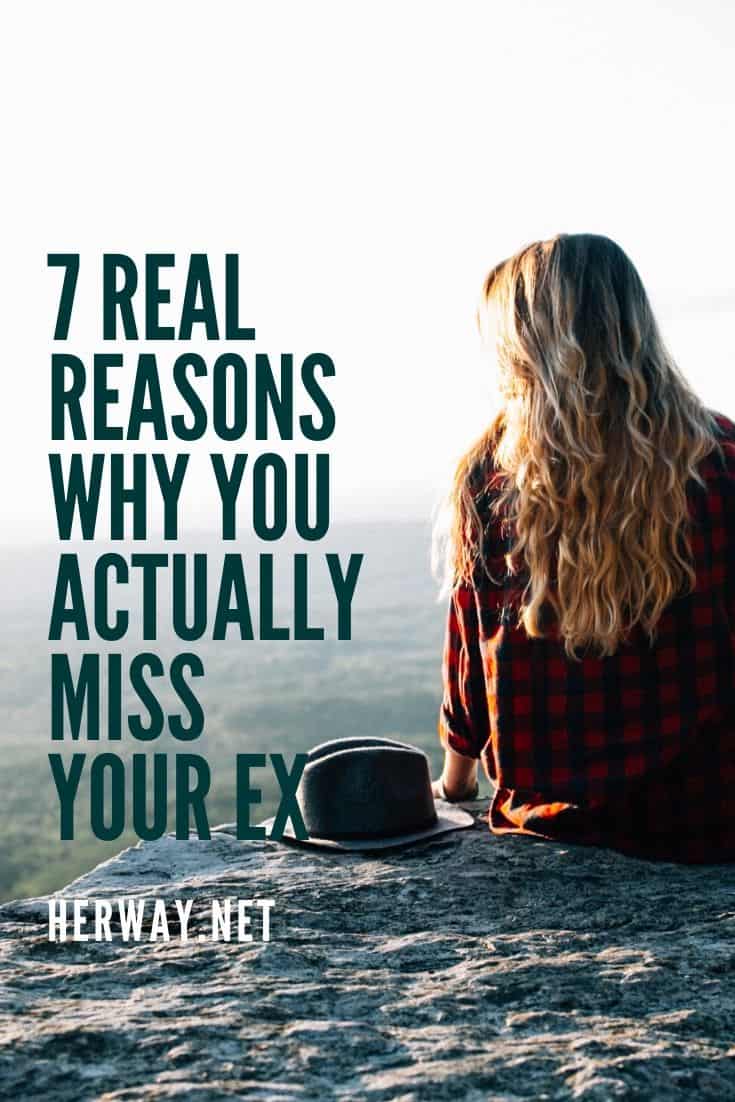 4. You’re obsessing over what went wrong

Again, you’re not alone in this. It’s no wonder you’re trying to figure out what happened between the two of you and why it ended.

Maybe you think that it was all your fault. Newsflash! It takes two people to screw up a relationship, or in some cases, a very demented and emotionally crippled man.

Whatever the case may be, it’s not your fault, or not only your fault.

So, as long as you keep torturing yourself with trying to turn back time, you won’t be able to let him go and move on.

5. You are impressed with his family

This sometimes can also be at stake. His mom is a badass and you really love her. Now that you’re no longer together, you miss having her around.

In this case, my friend, you’re missing his family and not him, which is kind of reasonable.

Maybe he was an ass but his family weren’t and now you’re faced with losing people who liked you and you liked them back.

That is a hard blow to take. Therefore, it’s normal you’re missing the main link that tied you together—your ex.

6. The sex was out of this world

There is no need to say out loud that it’s so freakin’ hard to find a man who will satisfy you both emotionally and physically but there, I had to say it.

If he was a selfish lover and having sex with him was just a part of the relationship routine, of course, you won’t miss him.

Sadly, in this case, the sex was mind-blowing and actually what you regret is not losing him but losing his ‘thing’. It was a good ‘thing’ wasn’t it?

Well, at this point, all you can do is move on and I’m sure there will appear another man who will know how to satisfy you in every way possible.

We all miss the human touch. Whether you like to admit it or not, we are all designed to crave attention and physical touch.

We are not able to go through life completely alone and even the ones who are alone and don’t want to admit they are miserable face that crisis from time to time.

So, you see, it’s perfectly normal to miss the man who snuggled with you, who cuddled like there’s no tomorrow.

It’s normal to miss the human touch but that doesn’t necessarily mean that you miss him.

The bottom line is, even if he was a total jerk it’s still normal to miss him and I mean miss him for true, legit reasons.

Missing him even though you know you shouldn’t doesn’t mean you’ve lost it. Everybody goes through the same thing as you, they are just too ashamed to admit it. 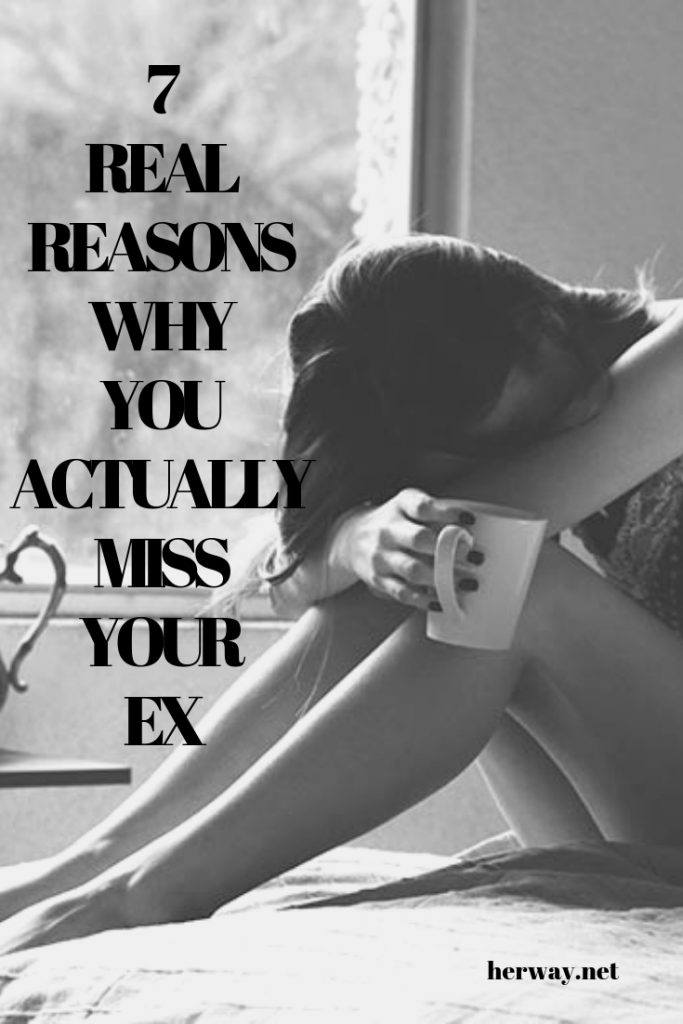 The Badass List Of 197 Savage Ex Quotes And Captions

[…] I miss my ex-boyfriend like how a rich man misses the days when he was poor. He remembers them fondly but would never want […]