Wanting to have sex with your partner doesn’t mean you are a slut. You are a normal human being that has needs, including sexual ones. Having a sexual appetite is part of every normal person’s life. You shouldn’t be ashamed of it.

Next time you get an itch, don’t be ashamed to scratch it. Use the opportunity and play with your guy. Remember, they like to be in control, but they also like to be out of control. Play with it and initiate sex. You won’t regret it.

If you didn’t have an orgasm, just say so. Because by lying you did, men will assume they are doing the right thing and they will continue doing it when clearly, they are way off in making you orgasm.

This especially goes if you’ve just met him. It’s better to be honest with your guy from the beginning because he will keep trying until he fully satisfies you.

3. You’re obsessed with how you look

He doesn’t have a problem with how you look. If he fell for you, that is because he likes you for more than just your physical appearance.

He doesn’t care if you have big thighs or cellulite on your body, so you shouldn’t care either. He just wants to have sex with you because of one reason—you turn him on.

4. You put your guard up

Don’t be afraid to connect with him emotionally. Some women tend to put their guard up not to let anyone get to them. That is understandable if you want to protect your heart.

But if you want to have sex, just let yourself go because your heart has nothing to do with sexual experience. If you are scared he is going to hurt you, just think of the moment you’re living in. Think how you feel about him right now and the time you’re spending together.

Don’t worry about the future because you can’t do anything about it.

5. Men want to have sex all the time

He can be cranky and moody just like you, so don’t expect him to be ready to have sex with you all the time. If it happens that he turns you down, it’s not your fault and don’t torture yourself with obsessing what you did wrong.

Maybe he has had a rough and long day or he just doesn’t feel good about himself. The point is, the fact he doesn’t want to have sex doesn’t have to mean he doesn’t want you. Take those other factors into consideration.

6. The bed is not the only option 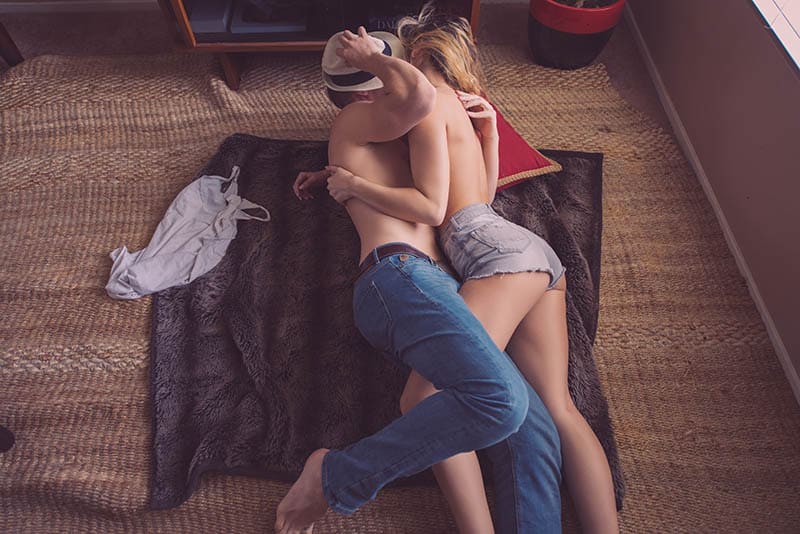 If your sex life is boring, you’re probably horizontal way too much. Think beyond the bed for a change. Use your imagination and try to find some other places in your apartment to have sex.

7. Put on an Oscar-worthy performance

Not all women enjoy giving head, but the ones that do have beautiful things waiting for them after. The point is while you’re satisfying him orally, don’t rush it.

Don’t show him that you hate it and want to be done with it as soon as possible. Endure it a bit and make him feel special until he signals you he is ready for the next phase. After all, remember that not all men enjoy orally pleasing women, but most of them do it anyway.

Well, he would enjoy being orally pleased, too. And after you do it, he will return the favor and make sure that the main part of the act lasts as long as you need it to last. I think that is worth taking the bullet for.

If you’re not vocal, he may think you’re not enjoying it. It could make his ego drop and destroy his performance, therefore, your pleasure. Also, by being vocal, you are indirectly showing him that he is doing something right and he will keep on trying to make you come even harder.

9. You pretend you are experienced

When there’s a chance of having sex, almost all women put on their sex act and enter the game full of confidence. Sometimes, when something new comes along, you will fail because you lied you’ve tried it many times before.

Don’t act like you know it all when you don’t. In fact, be honest and let him teach you a thing or two. Believe me—you won’t regret it.