What is a ‘real’ man? Our definition of a real man may be different but there are some qualities that can help you to recognize a real man.

A real man has no hidden agendas, he places all his cards on the table.

He has no time for playing games. He doesn’t resort to manipulation or mind games. 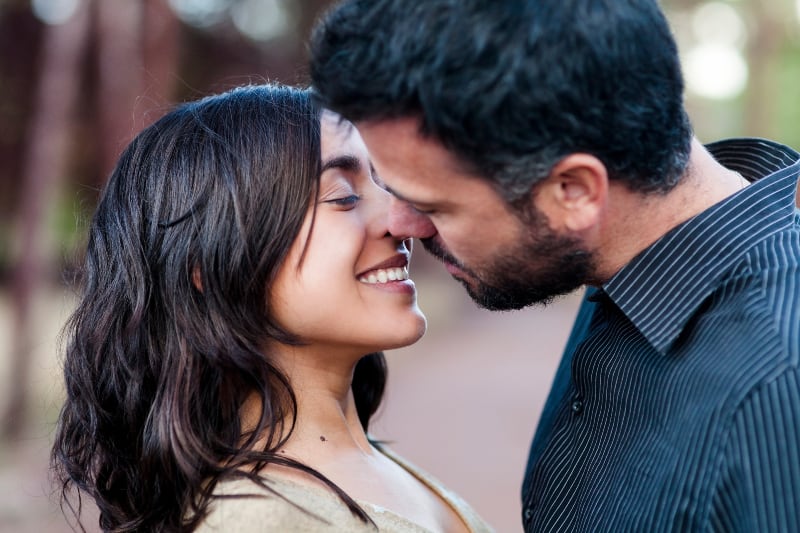 In a relationship with a real man, you will feel security, love, respect and support, which is what we all need in life.

A real man will put a smile on your face and will fill your heart with love.

Good men are rare but once you find one, everything is different.

Contents show
1 1. He trusts you enough to open up to you
2 2. He will always keep his promises
3 3. He knows that actions speak louder than words
4 4. A real man will be your protector
5 5. He’ll know his priorities
6 6. He will appreciate you
7 7. He intends to introduce you to his family
8 8. He will try to get the trust of your family
9 9. He has a place for you in his future plans

1. He trusts you enough to open up to you 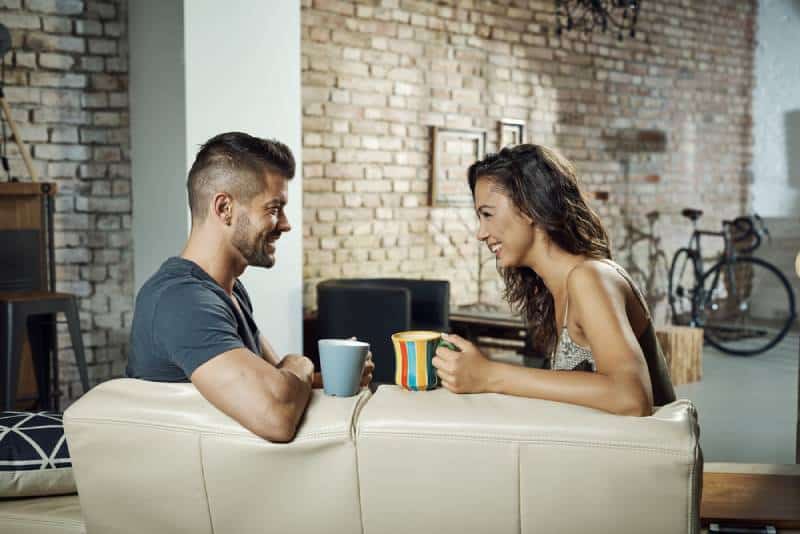 You are his best friend and he’ll show that by telling you his darkest thoughts and secrets. And you really must appreciate it.

This is very hard for every man because they don’t like to show their vulnerable side. He’ll be comfortable around you and he’ll show how much he trusts you.

That is a whole new level of closeness. Don’t betray him, keep his secrets and show him that he can always trust you.

2. He will always keep his promises 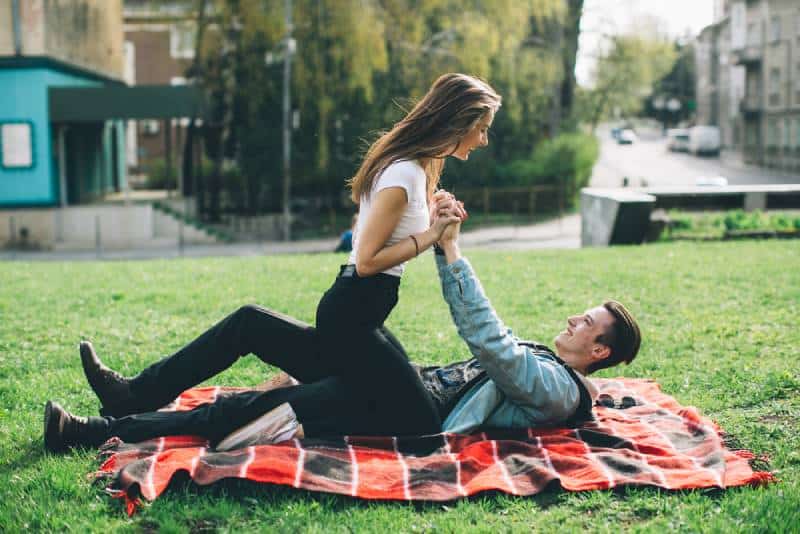 It’s important that he values honesty and integrity. He’ll be careful with his words and he won’t make promises he can’t keep.

He’ll take the time he needs to do it right, he won’t rush and make a bad job of it. However, he will follow through on a promise as soon as he can.

If he notices that something’s bothering you or that someone from his family doesn’t accept you the way they should, he will be bold enough to tell them that.

3. He knows that actions speak louder than words 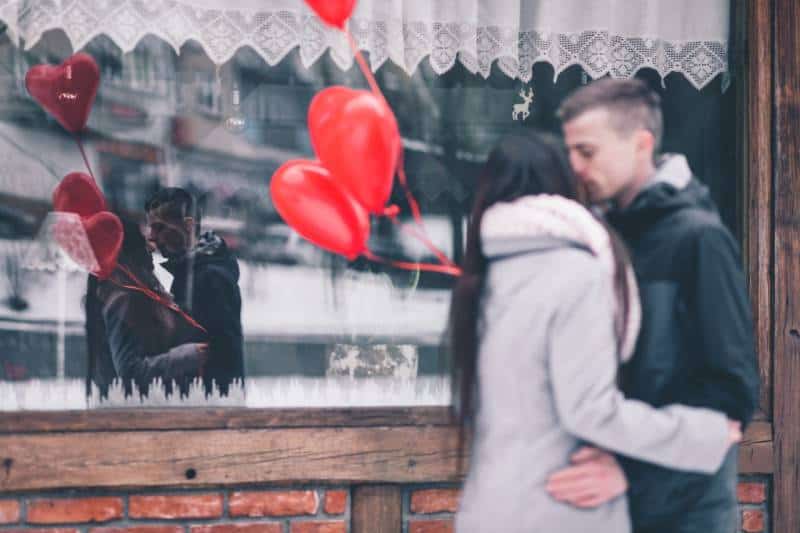 Sure, he’ll tell you many times that he loves you but words can never compete with actions.

He’ll try to surprise you with something in the middle of the day. He’ll remind you every day how much he loves you.

If he says that he will take the garbage out because you are too tired to do it, he will do it immediately.

If you get sick, he’ll be your personal doctor and he’ll take the best care of you.

If you mentioned once that you want to read a specific book but you can’t find it in a city bookstore, he’ll look for it for days but eventually he’ll find it and give it to you.

4. A real man will be your protector 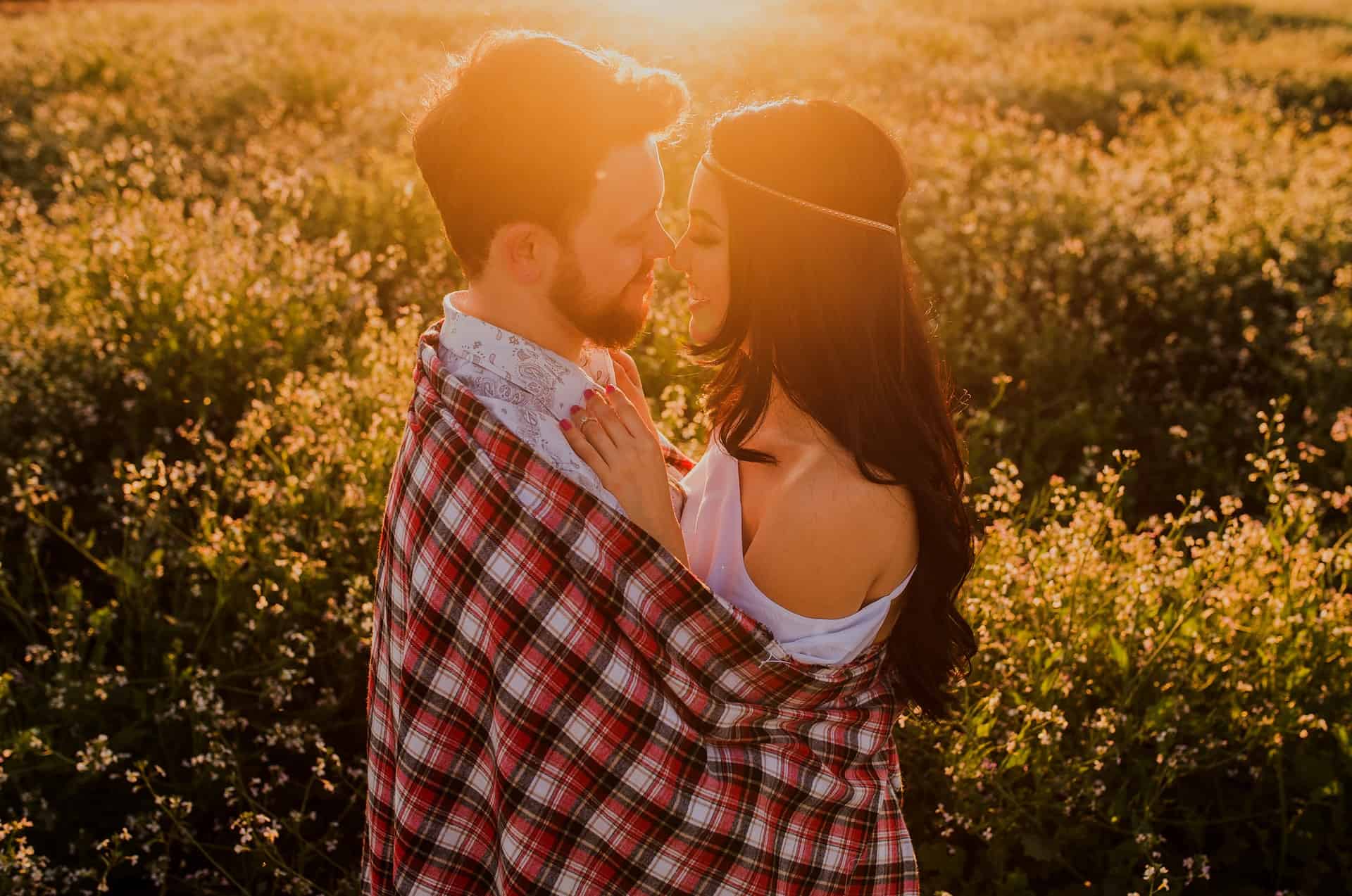 He won’t let anyone hurt you. He’ll protect you emotionally and physically.

You can stick up for yourself but it’s always good to have someone who will have your back. A real man will always stand behind you in case someone tries to stab you in the back.

He’ll always be there for you, no matter what happens. If he is a real man, your pain will become his. 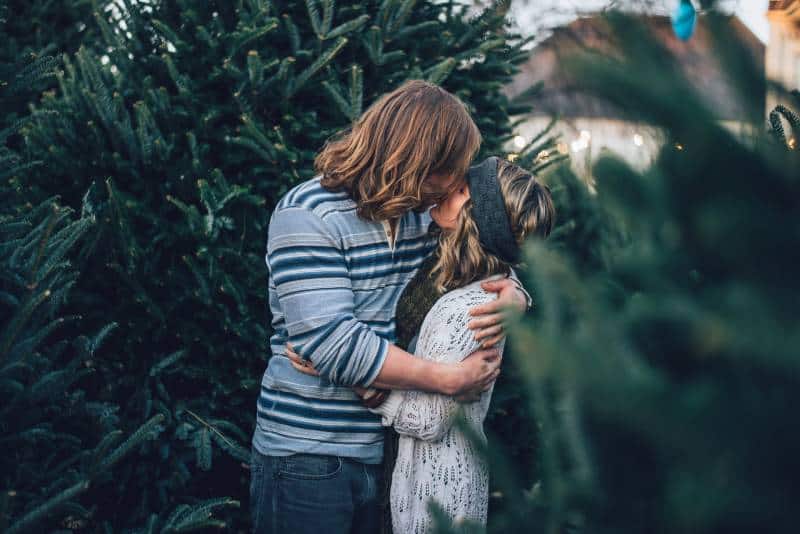 Even though he has other interests like reading, writing or playing football, your relationship will always be his priority.

He has to work but he’ll never stay late at work if you said that you are making dinner for him. He’ll never let you wait.

His social life may be great but he’ll always prefer a quiet night at home with you over going out with his friends.

6. He will appreciate you 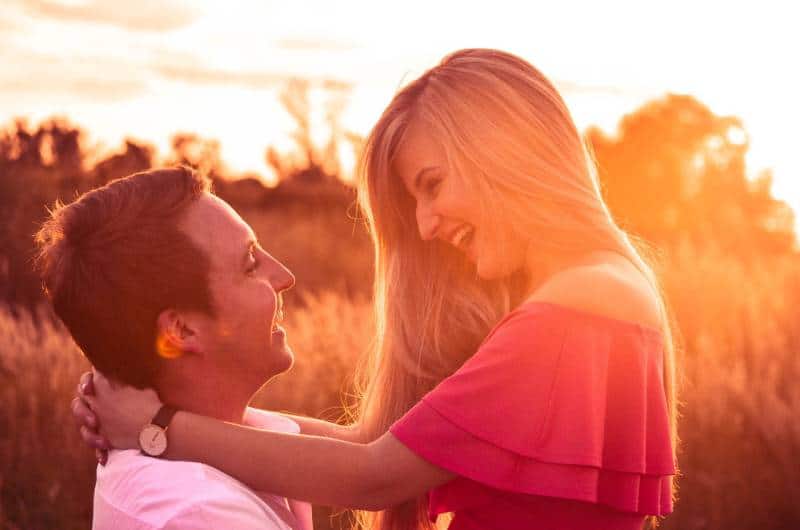 He will show gratitude for everything you do, both big and small.

He realizes all the sacrifices you make every day for your relationship. He won’t let a day occur where you’ll feel unappreciated.

A real man will appreciate you as a person and every time he hurts you, he’ll apologize and try to change himself.

7. He intends to introduce you to his family 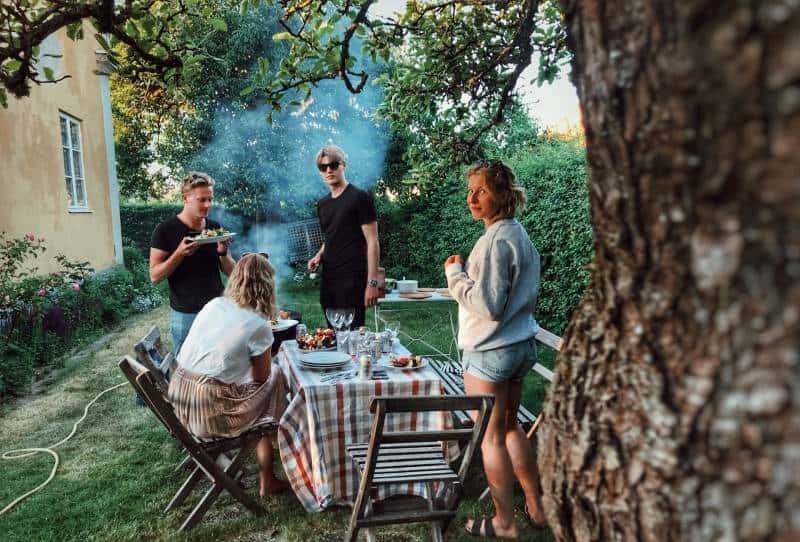 No man will introduce a girl to his family if he doesn’t have sincere intentions with her. If he never before took a girl to meet his parents, then his family will know that you mean something special to him and they will try to accept you as a part of the family.

That is also how you’ll be sure that he doesn’t play with you. He’ll do everything to make you feel like you are a part of the family.

He will not be ashamed of you and he’ll be proud to present you as his girlfriend to his closest friends and family.

8. He will try to get the trust of your family 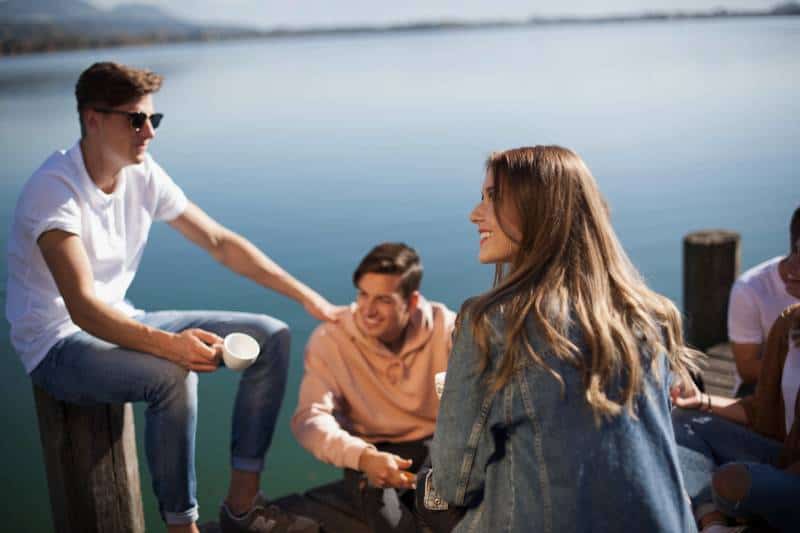 He knows how important your family is to you and he’ll try to become closer to them. By appreciating them, he’ll show how he respects you.

Also, this is evidence that he is a family man and that family is at the top of his priority list.

If you have a younger brother or sister, he will always give them presents or take them to the park because he’ll try to earn their sympathies first.

9. He has a place for you in his future plans 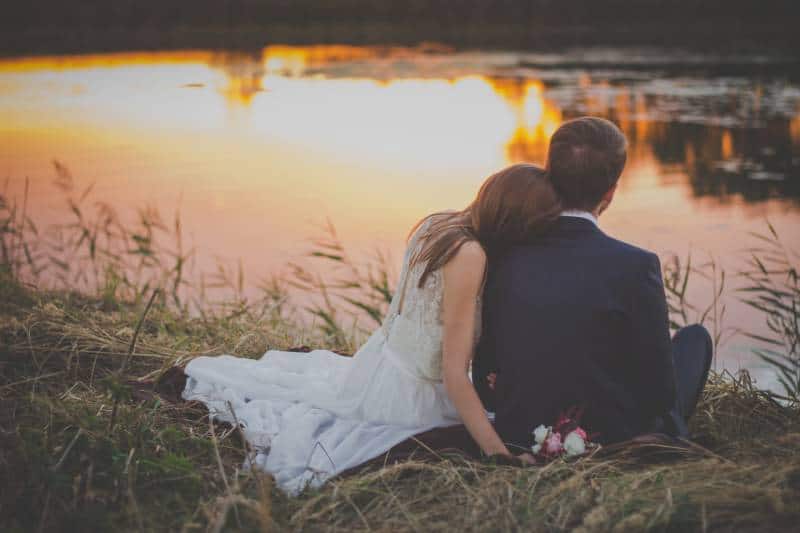 Maybe at the beginning of your relationship, he used ‘I’ whenever he talked about something but soon enough he’ll start using ‘we’ more often.

He’ll mention you in all of his plans for the future. Every day, he will try to find out your thoughts about the future and living together.

He will ask you when you want to marry, where you want your wedding to be, how many kids you would like to have…

And that won’t be just mind-wandering. He’ll ask you these questions because he needs to know where you both stand on these important things and what kind of a future you would have together. 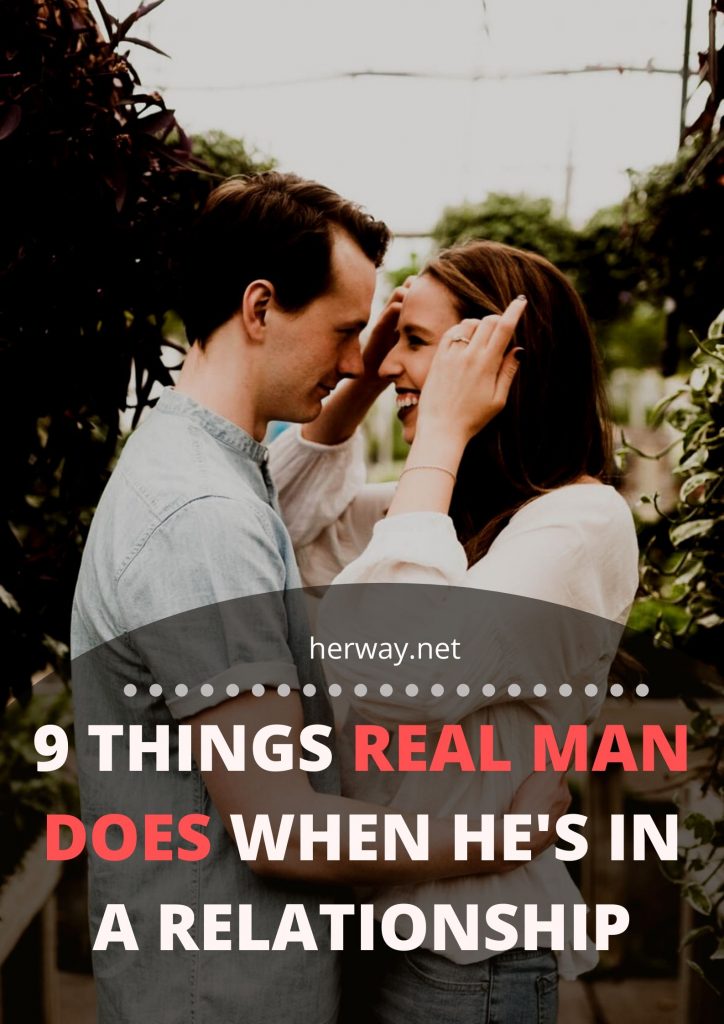