And you thought she’d never leave but guess what? She did.

She didn’t leave because she wanted to. She left because you gave her no choice. She left because all that time she was waiting for you to change but you didn’t. Don’t think that she didn’t know that you were taking her for granted. She knew it very well.

But her heart was too strong and stubborn to give up without fighting. She is not a quitter. She fights hard for something she believes in. And she believed in you—she believed that you would change and start treating her the way she deserved.

She decided that the new chapter in her life would consist only of happiness, truth, respect and reciprocity. She was no longer satisfied with mediocrity because she had gotten tired of it.

When she loves, she loves with all of her body and heart or she doesn’t love at all. She never regrets anything. She is just sad that you don’t see it the way she sees it. She is disappointed in you for thinking that she’d never leave no matter how badly you treated her.

And the moment she decided to move on was the moment when she swore to herself that she would never look back again.

She will always carry you in her heart but she will never look back again. From being her priority, you have become just a memory because she realized that life was too short to waste her time on sweet lies, loneliness and pain.

She decided to bury all of the pain deep down in her soul and never unravel it again. She decided to pursue happiness, to keep her head high and protect her heart. And you thought she’d never leave but guess what? She did. 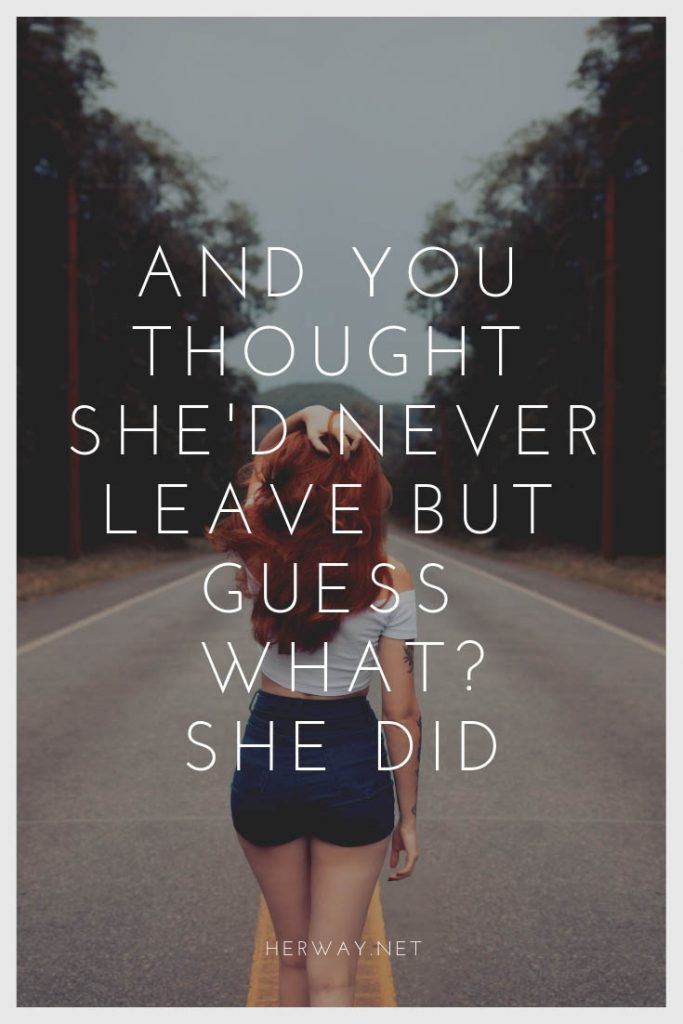 You Left Her No Choice But To Give Up On You

[…] You were so brave and confident. You really thought she didn’t have the guts to leave you. […]

This Is Why She Gave Up On You

[…] You became so certain of her that you thought she would never leave you. […]

She Told You You'd Miss Her, Too Bad You Didn't Listen

[…] the woman who you thought would never have the courage to leave your sorry ass, no matter how you treated […]