But when a lot of small things happen often, they become a really big problem you can’t solve just like that. When you put up with something for such a long time, in one moment you decide to let go of everything. And it doesn’t happen because you get tired of fighting but because the other side doesn’t fight at all.

I feel like I am the only one who is actually doing something to save what we have and that you don’t give a damn what will happen. You are so indifferent and it hurts more than anything.

It hurts so much telling someone about your dreams and hopes while that person doesn’t even listen to you. It hurts to give your love to a man who doesn’t reciprocate in the same way. It hurts to sleep next to him, asking God to make him hug you, but the only thing he does is make more space between the two of you.

It hurts to be in a relationship but not going through what other women in love are going through. You know, it hurts.

And I just want you to know that I won’t be able to continue doing this for much longer. Because this is not love anymore, it is just a bad compromise. The one in which you get all you want and where I only get the crumbs from your table.

And that is not fair. That is not love. That is abuse. And I can’t take it anymore. No matter how much I love you and how much I care about you, I won’t be the one fighting for us.

I swear I will give up on you just like you gave up on us a long time ago. I will leave and the only reason I will look back is to see how far I have come.

And that will happen sooner than you think. I will leave you when you least expect it. And I will never look back. You will be shocked, I know. You still don’t think that I am strong enough to leave you and that you are the only man for me.

Listen, even if you were the only one left standing on this earth, I wouldn’t be with you. What you are giving me is not what I need. If you think that it takes so little for love, then be satisfied with someone who will take you for granted, who will neglect you and gaslight you.

Because that is what you have been doing to me for all these years. And it is time to let go of everything that has been breaking me. It is finally time to accept that staying with you would hurt me more than leaving. It is time to say, “Goodbye,” once and for all. So, when you see me stop fighting, consider me gone.

And once I leave, there won’t be a way for you to bring me back. Once I leave you, you won’t be able to tell me your sweet lies that you love me and that you want us to work.

You won’t have a chance to blind me with your kisses and hugs. Once I leave, I will burn all the bridges between us.

I will do so with so much satisfaction because I suffered for a long time, craving love that you never gave me. And this time, I want you to feel what I have been feeling for such a long time.

This time, I want you to have a taste of your own medicine. Maybe but maybe, only then you will see what you have done to me.

And if you are half the man you are representing yourself as, you will leave me alone and you will never mess with my life again.

Come on, even you know that I deserve a better man than you. 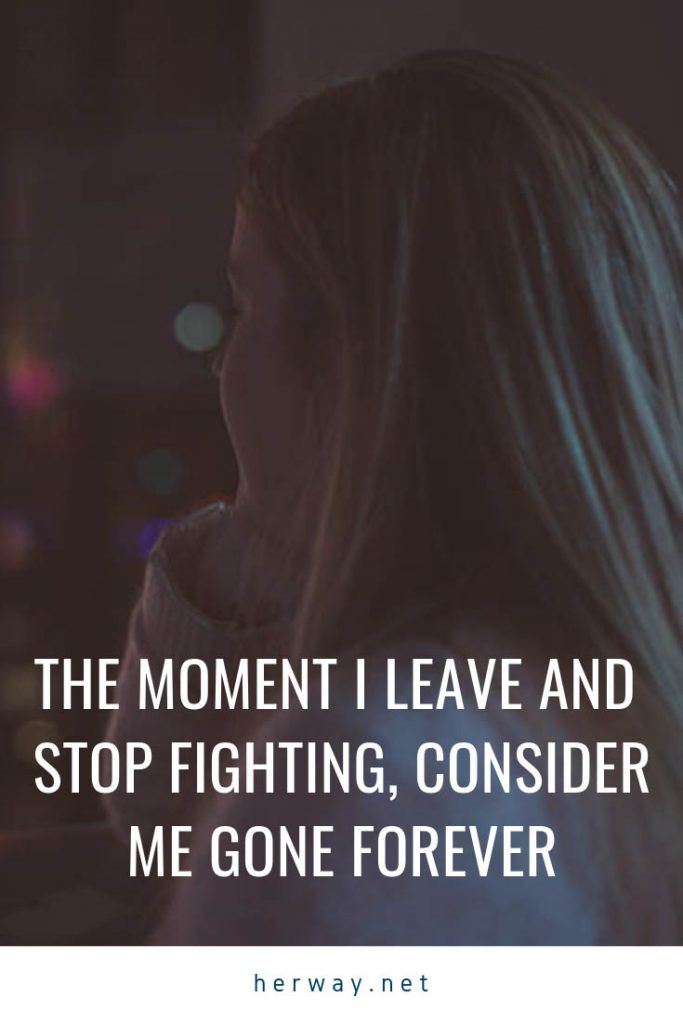 If He Ever Makes You Feel Unwanted, Leave And Never Turn Back