When your real friends tell you to be the bigger person, they’re saying that you should always find the strength in your heart to forgive those who have done you harm, and lift yourself up above all of your negative experiences.

To be the bigger person means that, no matter how badly someone hurts you, you harbor no resentment toward them.

You’ll find some kind of justification for those who have broken your heart, made your life miserable, or even abused you in any way.

It doesn’t matter whether we’re talking about your ex, high school friend, coworker, or family member, the bottom line is pretty much the same: You should take the moral high ground and let positivity take over you.

You’re more than someone who wants revenge for all the pain you’ve suffered. You’re above holding grudges or giving someone a taste of their own medicine.

Instead, whenever another person does you harm, you should understand them in a way, move on, and get over whatever it is they’ve done to you. 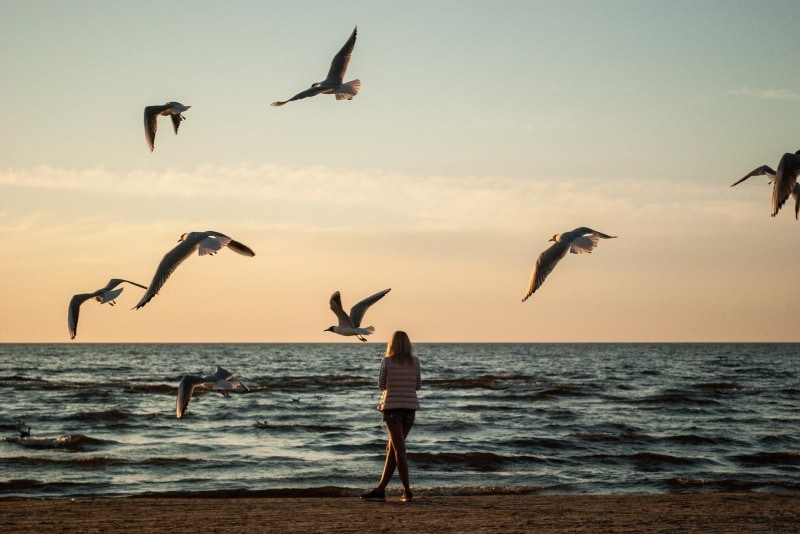 One being the bigger person quote says: “Don’t treat people as bad as they are. Treat them as good you are.”

Sounds almost perfect, doesn’t it? However, what happens when the person who hurt you doesn’t deserve you treating them this way?

What happens when your abuser sees your forgiveness as a green light to keep on breaking you? When they see you taking the high road as an approval of their toxic behavior?

From one point of view, you behaving like this should have a therapeutic effect on the other party as well. They’re expected to admire your reaction, which will make them ashamed of their own actions.

In this scenario, the one who destroyed your life will be eaten alive by guilt. They will either end up apologizing for their wrongdoings or, at the very least, cut themselves out of your life.

Instead of having enormous respect for your ability to forgive, in most cases, the toxic person starts considering you a fool they can continue doing bad things to. 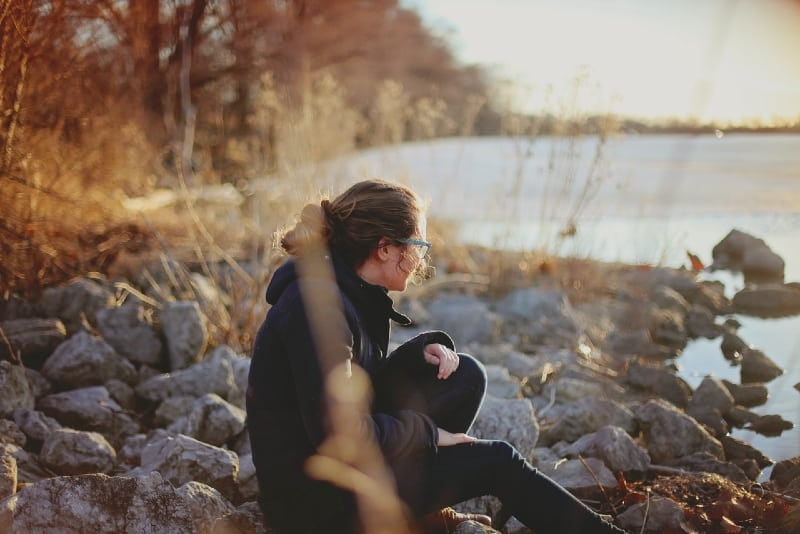 They take you for granted and expect you to forgive them, no matter what they do to you. After all, your unconditional love for them is plainly obvious.

Once you experience something like this, you also begin to see yourself as stupid.

All this time, you’ve been always the forgiving one – the one who’s walked away from arguments and tried to understand whoever’s hurt you – without looking for ways to pay them back.

However, rarely has anyone appreciated it. Instead, they’ve kept playing and using you. So naturally, you’ve given up.

You’ve decided that the only way to survive this harsh world is to blend in with the masses. You have no other options but to become just like everyone else in your surroundings.

You simply have no more strength to give away your unlimited forgiveness to those who have never deserved it. You’ve stopped accepting the non-apologies and  praying for your heart to soften up.

Well, I’m here to tell you that you’re making the mistake of your life if you don’t change your ways. In fact I’m begging you: Be the bigger person, no matter who or what you’re dealing with. 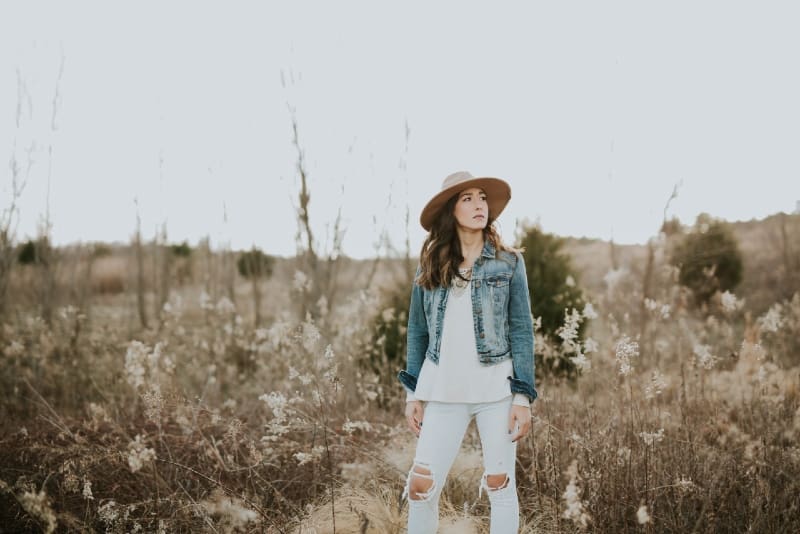 At first, you may think you’re doing all of this for the sake of the other party with a toxic vibe.

You want to show them that you’re above them and would never stoop to their level, despite the fact that you’re the damaged one.

Naturally, you think to yourself that your positivity and forgiveness are the last things they deserve. After everything this person has put you through, no one’s expecting you to wipe their slate clean.

Except this is exactly what you should be doing. Of course, forgiving is one thing and forgetting is something else.

Nobody is telling you that you have to welcome them back in your life and pretend that everything is in perfect order. Instead, just be the better person and don’t play their game.

Don’t misunderstand me. I’m not giving you this advice because the toxic people in your life deserve it. Don’t be the bigger man to make things easier for them.

Don’t behave like this because it’s the right thing to do either. Don’t do it because it’s expected of you or just because you want to prove a point to someone else, including the one who hurt you. 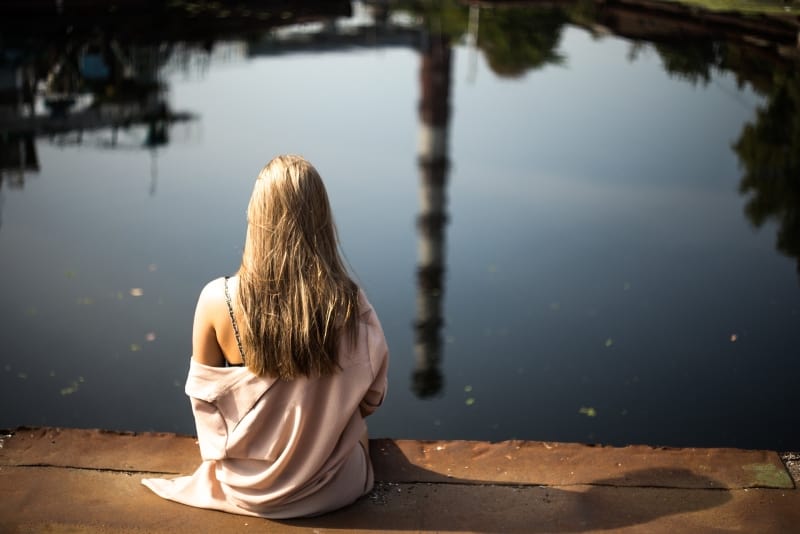 Instead, do it for yourself, since it is one of the rare things that differentiate bad people from good.

Do it because it will serve as proof that you never had the same vibe as them and that they didn’t manage to pollute you with their evil.

As proof that they will never be able to reach your moral high ground.

Most importantly, be the better person because, at the end of the day, it’s the only way to free yourself from their chains – the only way for you to finally start your process of letting go and moving on without any baggage weighing you down.

It’s the best thing you could ever do for your self-esteem.

You see, being the bigger person doesn’t mean becoming someone’s doormat. Instead, it’s about not allowing anger, resentment, and other negative emotions to take the best of you.

It doesn’t mean being blind or stupid. In fact, it means being smart enough to choose your battles wisely and know how to get rid of pettiness. 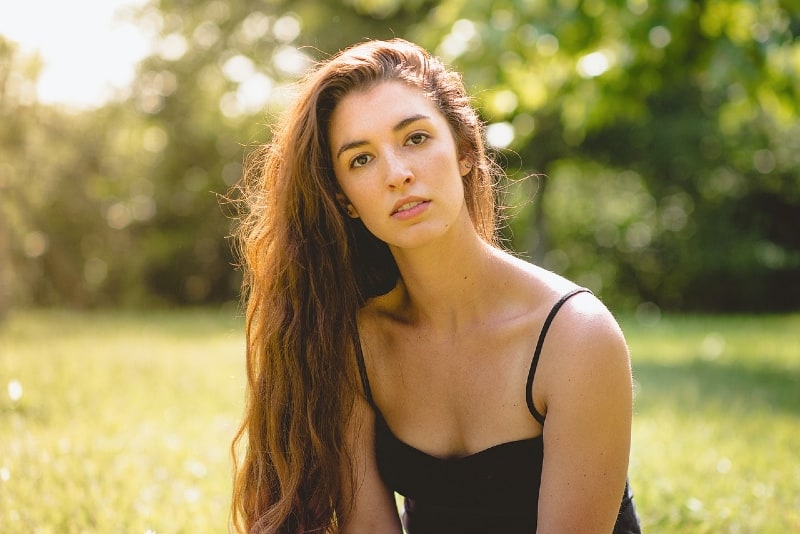 It doesn’t make you a coward who backs out. On the contrary, it makes you a hero. It makes you emotionally intelligent to the point where you can redirect your energy in the right direction.

It’s about not allowing the bitterness to turn you into someone you essentially aren’t. About not giving this person even more importance by allowing them to change the core of your personality.

Trust me. This is the way to go. At the end of the day, taking the high road is the only way in which your consciousness will be crystal clear.

It’s the only way for you to leave this painful situation being proud of yourself and of the fruits of your own work. The only way to feel better and to build your self-esteem.

That said, your real friends will never blame you if you don’t have the strength to be the bigger person just yet. After all, you’re just a human being and it’s perfectly normal to have a vengeful part of yourself.

Nobody will judge you for not being able to control your urges and emotions at all times. However, being the better man is something you should strive towards. 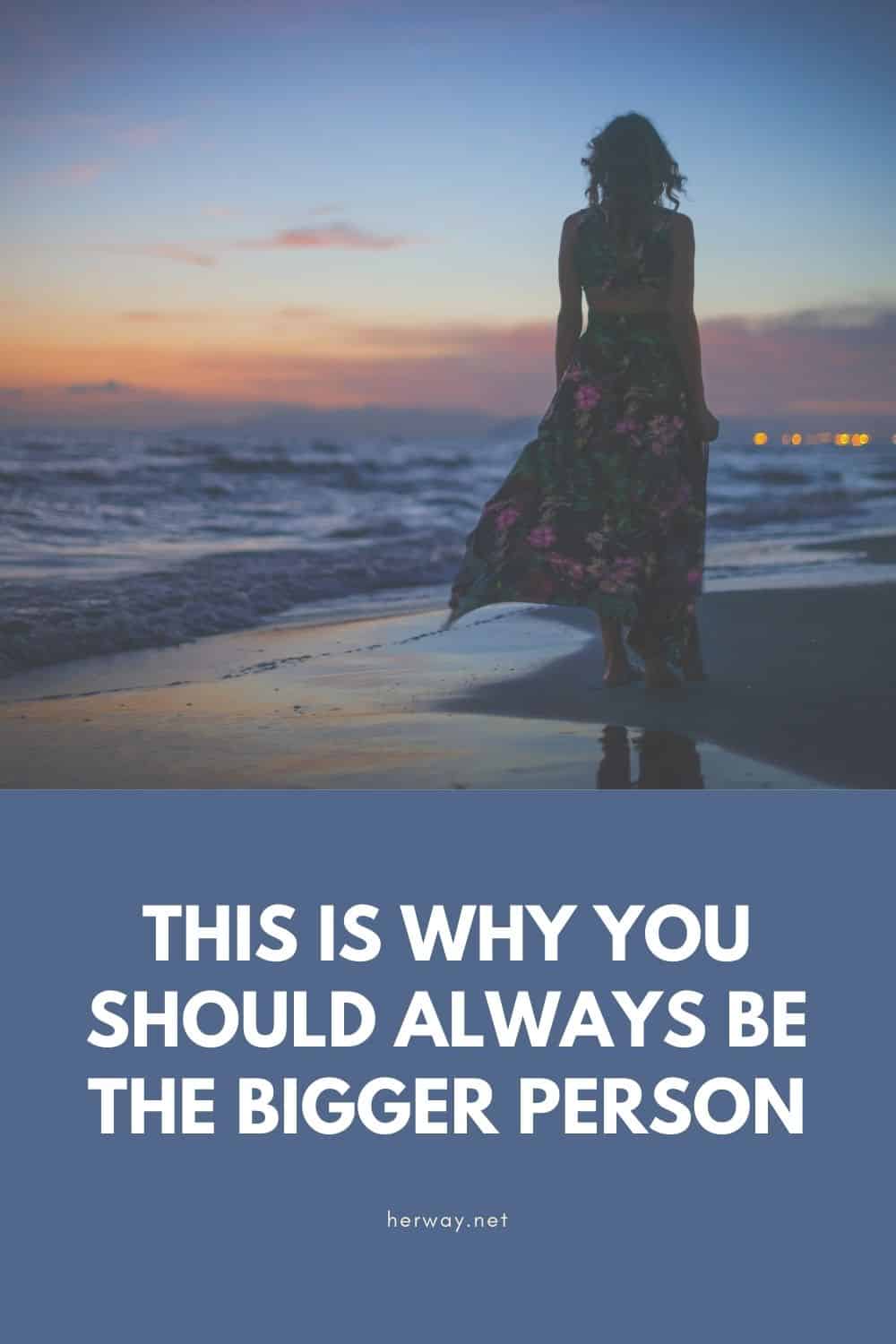