I’m going to tell you a story of the day I almost died.

It was summer. I came back from college on my summer break, so I lived with my parents for two months. As I was in my twenties, I had to work during summer to get enough money to pay my college tuition.

But, along with my work, I had to study for the exams I had left. Usually, I’m not the kind of person who will close herself into my four own walls and study—having no time for my social life—and I didn’t do it this time either. So, I organized my summer into working, studying, and hanging out with my friends. I don’t have to tell you that it was a busy summer for me.

I managed to live that stressful and sleepless life for about a month. Then, my asthma started to kick in. I started to feel it every now and then, but with a little help from my inhaler, I managed to keep things under control.

It was a day as any other. I started my everyday routine—I got up after 2-3 hours of sleep, I studied for a few hours, I went swimming and for a cup of coffee with my friends, and then I went to work. I worked at the local bar as a bartender. It was crowded all the time.

It was summer and where I come from, it’s tourist season during the summer. So, there are a lot of tourists wandering around and drinking—looking for a good time with no cares in the world.

Everything went well at work that day. Although I was tired as hell and my legs were cramping, I didn’t notice it. I was happy and satisfied and kind of numb to the stress and pain I was feeling. I needed to take a break—to pause my life for a second—but I didn’t. 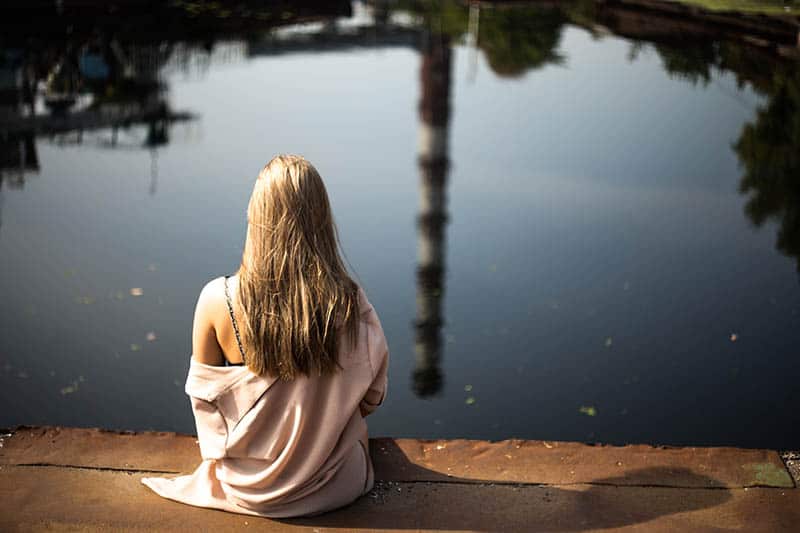 See also: 5 Damn Good Reasons Why She Killed Herself

After my shift was over at 3 a.m., I got a call from my friend which I wish I didn’t take. I hadn’t seen her in a few days and after I leave for college, I won’t see her in months. So, I couldn’t say ‘no’ to her.

We got together at the beach bar to have a drink (only one drink), and then I planned to go home and have those 2 hours of sleep and continue my daily routine tomorrow. I thought it was a day like every other—but it wasn’t.

As I was standing at the bar talking to my friend, I started feeling it—my asthma. It felt like I had a ton of stones pressed to my chest. I couldn’t breathe. I didn’t get scared because I knew the feeling.

The only thing I had to do is to go out, breathe in some fresh air, and take my inhaler. I did go out and I did everything properly. I sat on the dock surrounded by the sea and the beautiful and calm starry night. I sat there and I struggled for every breath. I thought it’s going to pass—but it was only getting worse.

I don’t know how long I was sitting there. It felt like hours, but it was minutes. At some point of my struggle to breathe, I looked up at the sky and down to the sea again.

The sea was so calm—it was shiny, peaceful—and the sky was so beautiful with millions and thousands of stars sparkling. I’m not sure that I’ve ever seen a clear sky like that night.

I thought to myself while struggling to breathe: “Dear God if I have to die, you chose the perfect night for me to die.”

I thought of this because it was 3 a.m. and in that small place where I live, there is no E.R. You have to drive 15 miles to the closest one, and I didn’t have anybody to drive me.

Suddenly, my friend appeared out of the blue. She knew about my asthma, but she also knew it happened to me numerous times before and I always had it under control.

She looked at me and she knew I’m not fine—not this time. I didn’t know this, but she told me I was pale and that my eyes were starting to crawl inside my eye sockets.

From this point forward, I don’t remember much. I only know I was sitting in the back of someone’s car, losing consciousness, and fading away. There is only one thing I know which I haven’t told anyone.

That ride to the E.R. was so long, but due to the situation I was in, it was peaceful, too. Every time my friend—and her friend who drove me—panicked out of fear they are going to lose me, I saw something.

Every time I’ve lost myself I’ve seen him—I’ve seen my guardian angel. My guardian angel is my cousin who died in a car accident. I always knew he was looking after me, but this time I actually saw him.

It’s weird, the whole situation, because although I knew I was dying, I was happy. I was at peace because somehow, I knew everything will be ok. I knew if I died he would look after me, once again.

I remember his eyes and his smile. When he was alive, he always cracked jokes—he was a funny guy and people genuinely enjoyed his company. Now, that I’ve seen him once again, I realized he hasn’t changed a bit.

He told me in a funny way: “Hey cous, I know you’re glad to see me, but you’re going back!” I thank God for this experience of mine and I thank God for letting me see my guardian angel once again. And that is my story.

That was the moment I finally took a deep breath.

That was the moment that I removed those tons of stones from my chest.

That was the moment I got to the E.R. on time.

That was the day that I almost died.

[…] Something inside me died that day and it changed me for good. […]

A Part Of Me Died When I Gave Up On You

[…] of all, I want you to know that one half of me died when I gave up on you. And the other half of me will never forgive myself for doing […]