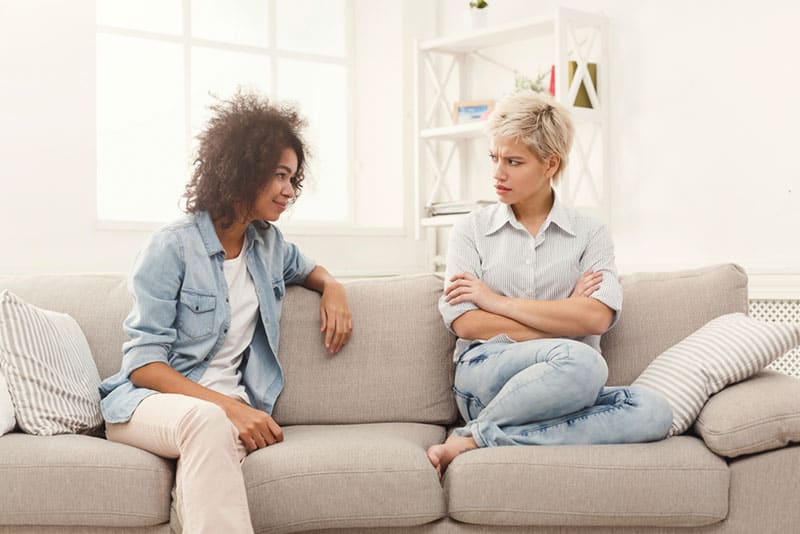 A year ago, I broke up with my boyfriend who really hurt me.

He cheated on me and actually humiliated me in front of all of our friends because he brought his new lover in at this cafe where all of us were hanging.

He told me right there that he was now seeing her. He didn’t even care. Yup, he was that bad.

I cut him off that day. He could be lying dead next to me and I wouldn’t care less for him.

But, my best friend who is the nicest and greatest person ever, is still talking to him and his new girlfriend.

They actually spent more time together right after it happened.

The worst part was that due to my job, I had to move to another city where I was alone and couldn’t “control” who was hanging out with whom, so they spent the entire summer having a great time while I was crying myself to sleep.

I tried explaining to my friend that this thing she was doing was just not right and I knew she was doing it only because she is such a good person and feels sorry for anyone.

As time passed, their friendship weakened.

To anyone who is dealing with this problem, I have a couple of suggestions:

1. No matter how nice your friend is and how strong her friendship with your ex is, if he has done something similar to you, and she is not there standing and yelling at him, but smiling like a stupid little girl, cut her off.

I don’t mean cut her off for good, but at least for some time until she realizes what’s right and what’s wrong.

2. Play it cool. Don’t freak out and try to point out something to her if it seems like you are talking to a wall.

Be a lady and wait. Everything will come out eventually; everyone’s personality and deeds will show up in the end.

3. If she is your good friend and a nice person, and if he is the way he is, then she will realise that in the end and come back to you and cut him out of her life.

Trust me, it happened to me.

Because at the end, everyone’s intentions become clear and everyone shows their actual face.