I know you thought I was able to erase you so easily from my system. But you couldn’t be more wrong.

You were all I ever wanted. You were the only one I was able to picture my future with. You were everything I hoped to have in life, but you were also everything that was killing me.

You know what they say, ”Sometimes the things you love the most are the things that destroy you the most.”

I had to put on a show.  I had to convince you that I didn’t care.

I wanted to show you I’m over you. I wanted you to believe that I was the first to move on.

I thought when I already gave you my everything, pride is the only thing I saved for myself.

But what you saw and how I actually felt were two completely opposite things.

For a long time, I was tormenting myself by replaying pictures of you breaking my heart just so I wouldn’t pick up the phone and call you.

I stayed your prisoner long after we were over. I was so hooked on your toxic love that getting off of it felt like getting off of some heavy drugs. God, it was so hard.

At the same time, I wanted to see you somewhere like accidentally and I was also praying for this not to happen—as much as the things you put me through hurt, as much as the idea of not being with you was killing me.

You love despite the calls of your brain to come to your senses. You love even if you know you shouldn’t.

But sometimes, love is just not enough. Sometimes love is exactly what is killing you.

Because despite this immense love I was feeling towards you, I still didn’t get the love I deserved.

You were always with one foot on the run and I was always all in, but we couldn’t have made it only on my love.

How long did you think I’ll keep giving everything without getting anything in return?

How long before I realized you’ve put me through hell and I still stuck by your side?

Nothing about you was easy for me.

Being with you wasn’t easy, being without you was even harder, but getting used to the fact that we no longer existed and that we don’t get to live the shiny future I planned for us was the hardest thing there is.

It took me a while to be able to listen to our songs without getting melancholic. For a long time, I didn’t want to go to places where we used to go just so I wouldn’t awaken any undesired feelings.

For a long time, I had to fight our memories which would randomly appear in my head.

You know how they say that time heals everything? Well, even if it does it slowly and gradually, it’s true—time does heal everything.

And I swear to God if time helped me to get you out of my system, there isn’t a person in this world for whom it can’t do the same.

First, I got used to not having you around. Then, I slowly started deleting your pictures in my head.

I took you off of a pedestal. I stopped hoping that you’ll change or that we’ll get back together.

The songs that meant something to us don’t mean a thing now to me. Perhaps they just remind me of the times you put me through hell and where not to go anymore.

You were my own piece of hell that I needed to save myself from. And little by little I learned how to get you outta my system.

Each night I was dying and each morning I was getting up reborn. I didn’t take a shortcut in getting over you.

I allowed myself to feel everything. I owned it and then I let it go. But I never let you see my battles.

You never saw them when we were together. There was no need to see them or acknowledge them once we were over.

It took me time to get to know you and it took me double as much to get over you. But it was worth it.

I don’t wish that I hadn’t ever met you because you were a lesson that I really needed to learn in life even if I hadn’t seen that back then.

Someone needed to toughen me up and make me open my eyes, and I couldn’t have picked a better teacher.

For everything you put me through, the good and the bad, I am grateful.

Because it all made me who I am today. Honestly, I wouldn’t want to be anybody else.

All the scars you left on me will be reminders to never settle for less than I deserve.

And each time I fall down, I’ll get up again because I’ve been through hell once already and I’ve survived. I can do it again.

Getting over you was the hardest thing ever. And yet I did it. 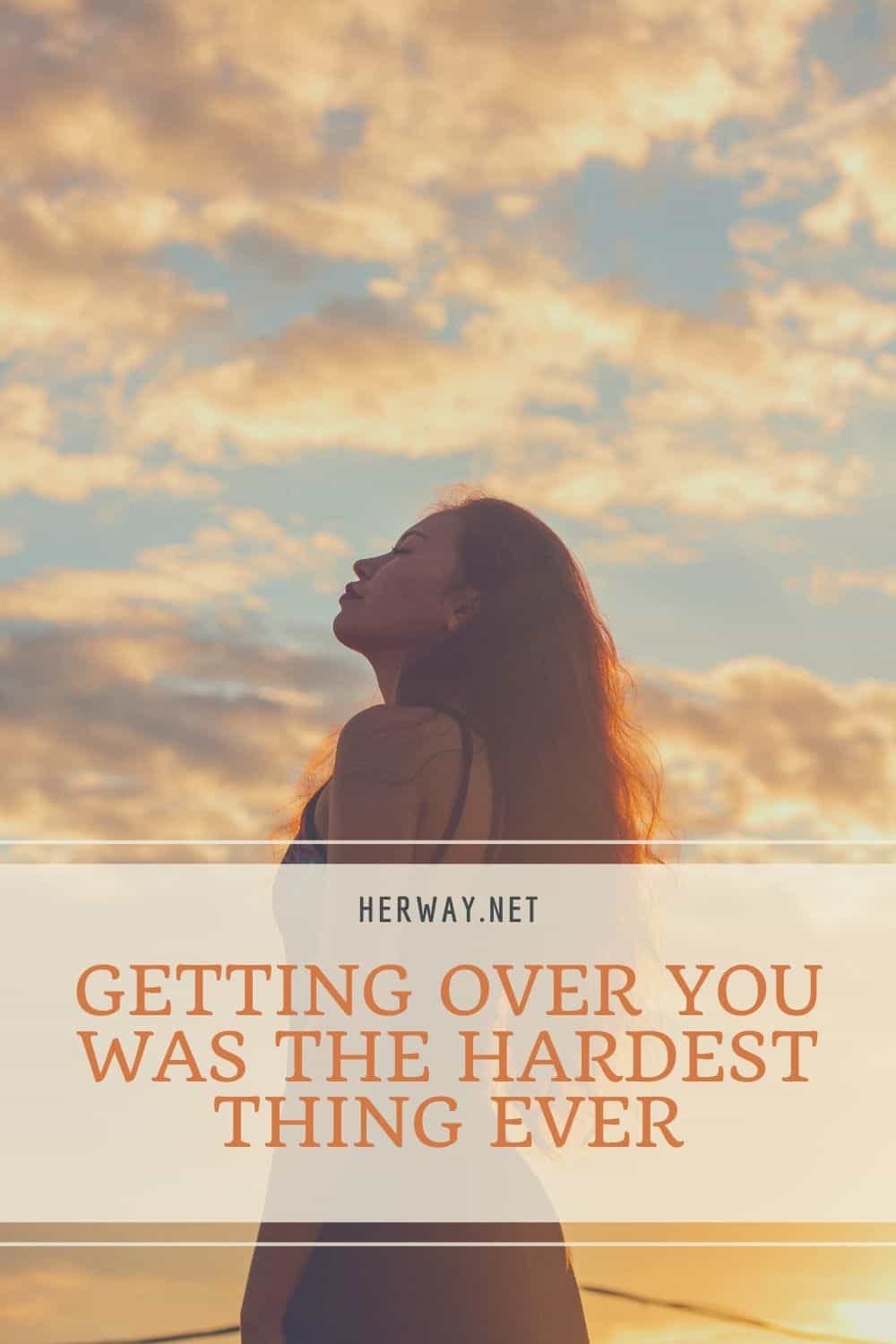