Wake up. You live in a world where, in most cases, saying ‘I love you’ to someone has lost its original meaning.

Those three words have become the manipulating tool for both lying to yourself and others due to lack of courage or unwillingness to deal with underlying issues.

Those three words have become something everyone expects to hear even if they’re not ready to reciprocate. ‘I love you’ is often followed by overthinking because you live in a world where you can’t trust anyone, and sometimes, not even yourself.

So, how do you know if a man still loves you?

Is him repeating those three words the entire time considered a legit declaration of love? Or, there is more to it?

Wake up again. If a man tells you that he loves you, this doesn’t necessarily mean that it’s true. The truth is, anyone can express their love for you with the most inspiring words, but are they willing to also show it to you?

This brings us to the final hypothesis: A man who is genuinely in love with you will make damn sure to prove it with his actions and not only his words.

Contents show
1 “You should never have to look for evidence that someone loves you. True love is crystal clear.” – Mandy Hale
2 If you need to play detective when dating or in a relationship, then you know something’s not right
3 A man who doesn’t love you or care about you will never run out of excuses for his shitty behavior
4 A man who truly cares about you and loves you will make damn sure to show you that
4.1 A man who truly loves you will tell you exactly how he feels about you, and you will see it in his eyes that he’s telling the truth. Also, he will make damn sure to prove all that with his actions

“You should never have to look for evidence that someone loves you. True love is crystal clear.” – Mandy Hale 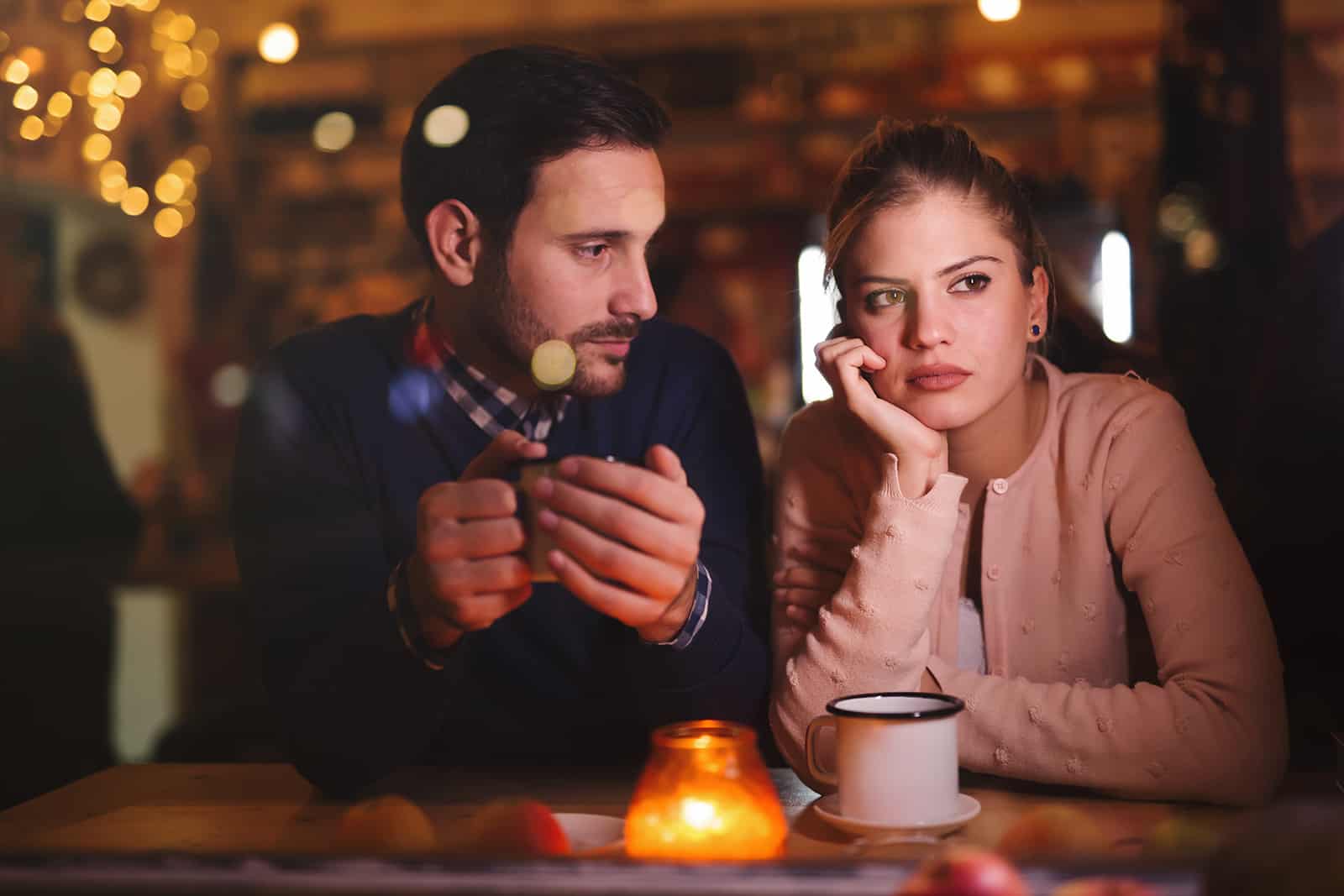 If someone told me this a few years ago, they would have literally saved my life. I used to be in a toxic relationship where I convinced myself that I was loved. Finding excuses for his behavior had become a true art in itself.

I was surprised by my level of patience and ability to turn every single negative thought into a potential declaration of his love for me, but after some time, I decided to wake up from this “sleepwalking romance” and face the truth.

I desperately wanted to find true evidence of his love for me because I was tired of dealing with overthinking.

So, I thought to myself: He always texts me back, which is a good thing. He surprises me with romantic gestures from time to time.

Still, when I want to talk about my problems, he suddenly becomes too busy to listen to me. Maybe, he is busy after all, but MAYBE, I’ve become a pro at finding excuses for his shitty behavior.

The longer I was thinking about all this, the less I was sure about his feelings for me. And, then it struck me!

That little voice inside my head whispered to me:

Girl, if he really loved you, you wouldn’t overthink it and you wouldn’t waste your time looking for evidence that he loves you. Instead, you would enjoy consuming and being intoxicated by your love.

Truer words have never been spoken. The first and the most important lesson you’ll learn today is that true love is crystal clear and there’s no need for you to keep questioning it or looking for evidence that he loves you.

If you have to overthink it or question it, then you know something’s fishy and it’s not worthy of your time nor your nerves. This rule is applicable in every situation, not just love life.

If you need to play detective when dating or in a relationship, then you know something’s not right 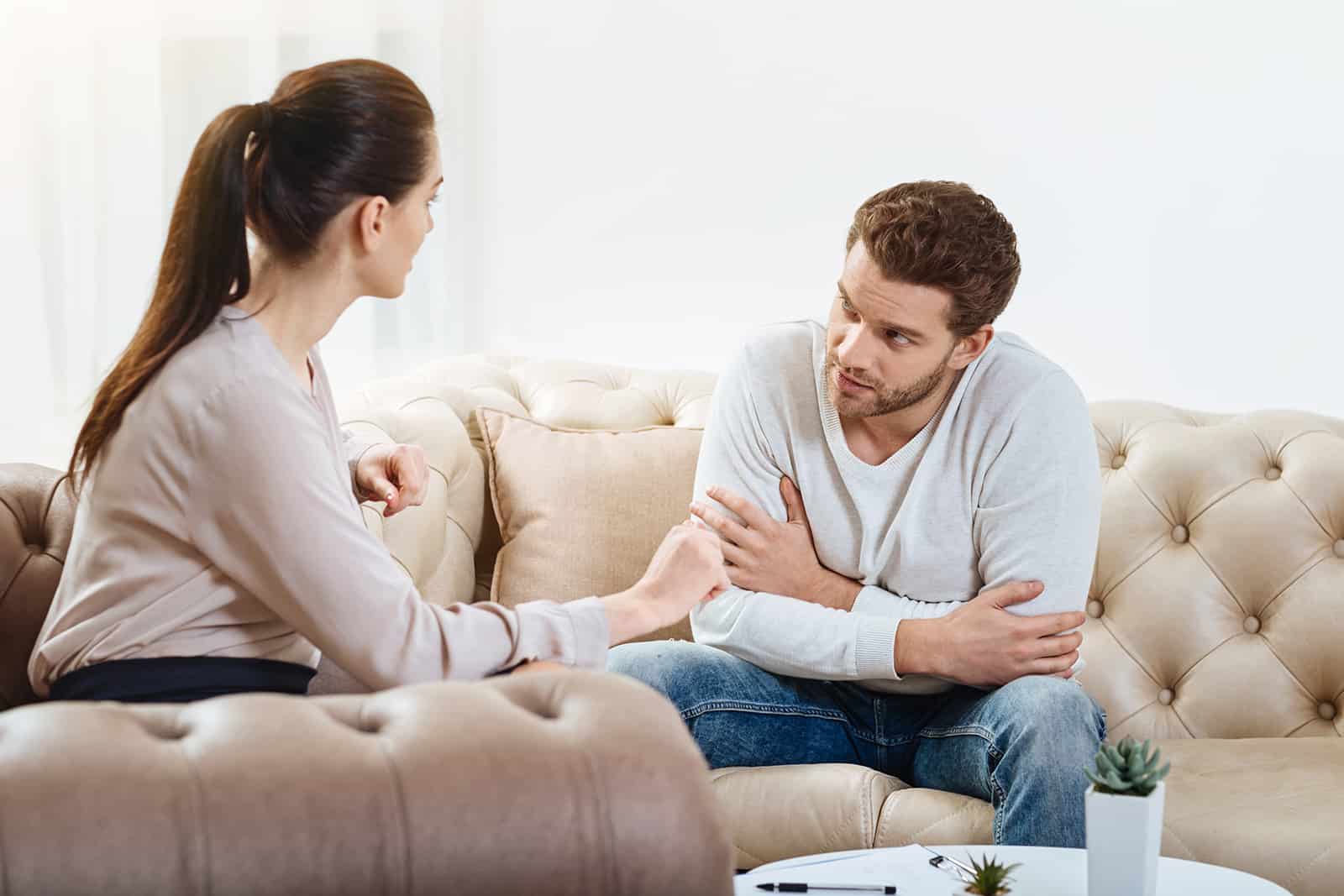 Whenever women start suspecting their man’s feelings or other things, they immediately enter detective mode. I’m talking about the following case scenarios:

I daresay that every woman was born with detective skills that become activated once she starts questioning her man’s intentions. We go so far that we even start questioning his close people, coworkers, friends, and family.

Playing detective can sometimes be fun, but in most cases, it’s tiring. It’s the biggest red flag that something’s not right, and you have every right to question your man’s feelings for you (or lack thereof).

Sometimes, women go so far in their detective analysis that they forget to pay attention to the clues that were right in front of them all the time.

Pay attention to some of the biggest signs he doesn’t love you anymore and you’ll find out the truth:

Regardless of whether you’re dating or in a relationship, know that communication is everything.

Does he listen to you carefully when you talk? Does he remember the little things and details that you share with him? Does he make an effort on his own without you needing to remind him of that?

If yes, then you know he truly loves you. If not, then this is one of the most painful but sure-fire signs he doesn’t care about you. 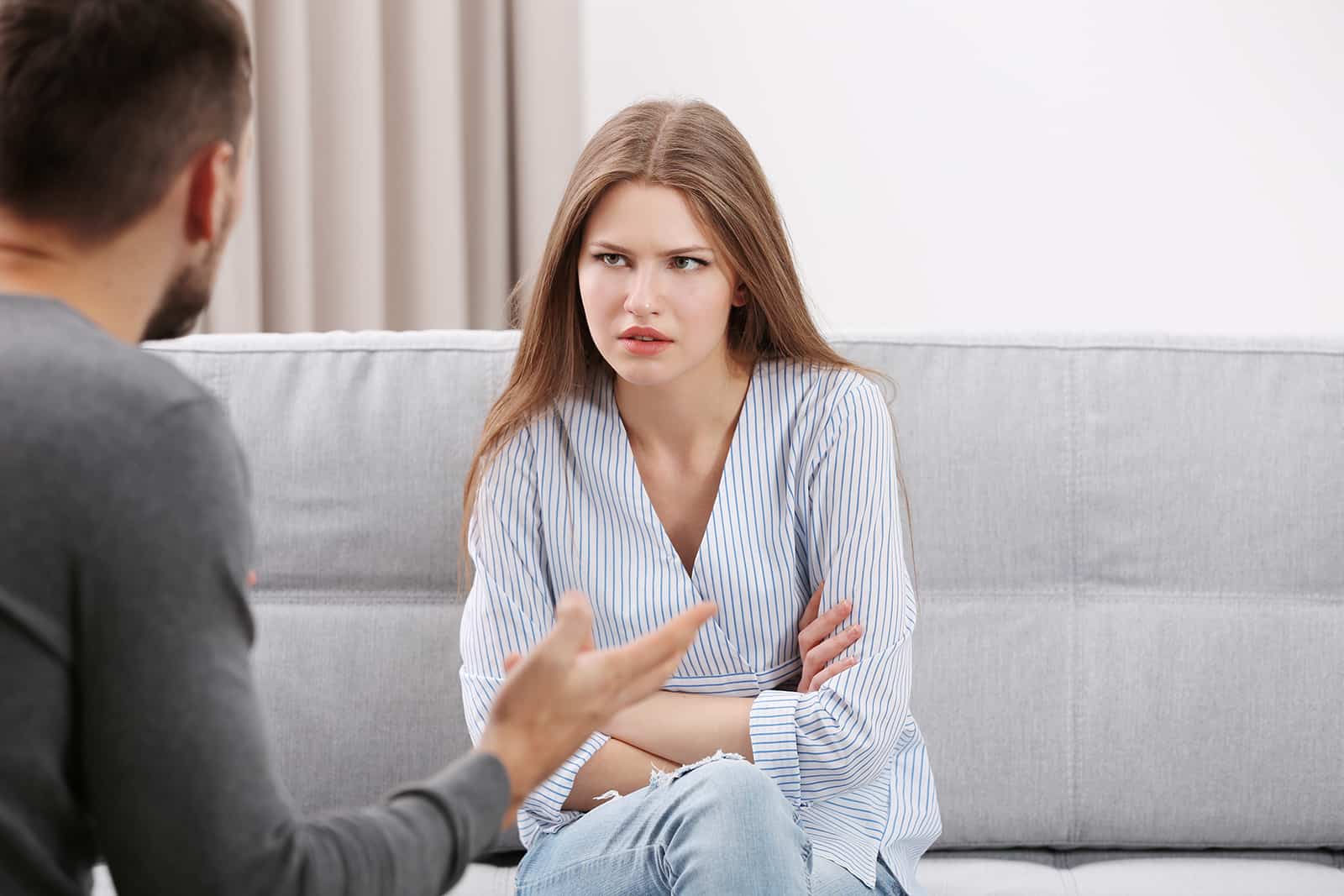 I’m sure you’re familiar with all this.

When you acknowledge his low-effort attempts to make you feel special, he tells you that he’s not really himself lately because of his job, friends, family issues, or any other issue that is preventing him from fully committing to you.

When you start questioning his intentions or his feelings for you, he tells you that you’re overreacting and overthinking.

When you try to talk to him about how you’re feeling regarding all this, he tells you that he doesn’t have time for that and that there’s nothing you should worry about because everything is fine.

A man who doesn’t love you or care about you will do everything in his power to postpone having an open and honest conversation with you because you’re no longer his priority.

He will only be focused on things happening in his life, and he will come back to you only when it’s convenient for him.

He won’t shower you with his attention, gifts, or unconditional love. He won’t even reply to your texts or answer your calls if he doesn’t feel like it.

A man who doesn’t love you or care about you will only be focused on making himself happy.

He will stop noticing your weirdly cute habits, imperfections, and positive traits that he used to like about you. Instead, he will criticize you for being who you are.

It’s what men do when they no longer love you. They literally wake up one morning with Alzheimers, forget that you even exist, and decide to ignore your every need.

If your happiness is no longer on the list of his priorities, then you know something has changed. His love for you has gradually decreased, turned into excuses, and then vanished into thin air.

If this is the case with you, then it’s high time you protect yourself from yourself. It’s time to wake up and read the following statement over and over again until it becomes a part of you: 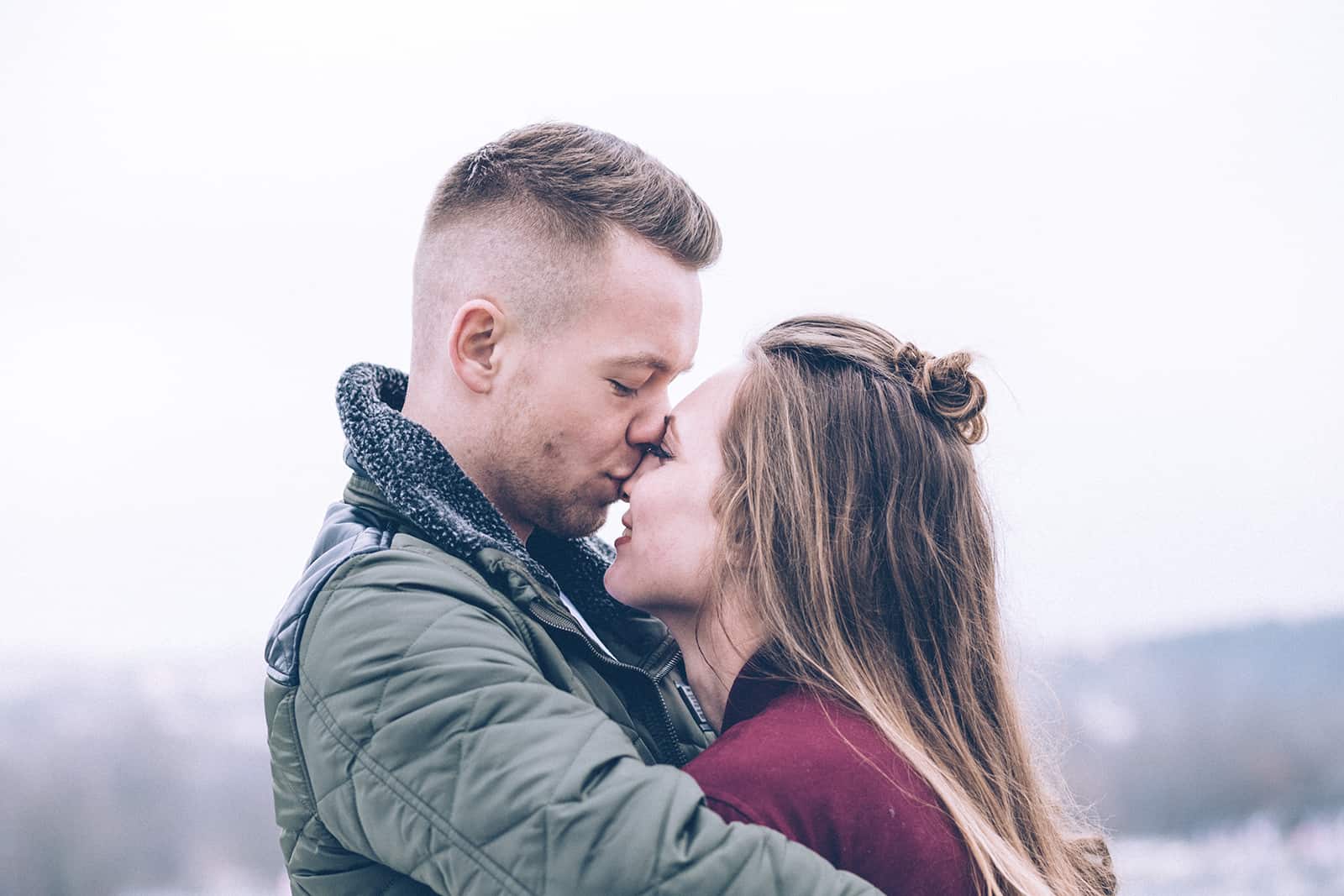 To be honest, it’s relatively easy to spot the signs of a man who no longer loves you, but the complication arises due to our overthinking. You probably already know the truth, but you’re here to confirm your hypothesis.

Or, you know the truth, but you want someone to tell you that you’re in a bad dream, overthinking it, and that in a few days, you’ll wake up and forget that all this happened (because it didn’t).

You’re not in a bad dream.

There’s nothing wrong with you.

It’s not the end of the world if he doesn’t love you.

It’s not your fault.

Everything happens for a reason.

Remember that a man who genuinely loves you will ALWAYS make sure to prove you that with his actions. He will not play games, make excuses, or do any of these modern dating sneaky things.

A man who truly loves you will tell you exactly how he feels about you, and you will see it in his eyes that he’s telling the truth. Also, he will make damn sure to prove all that with his actions 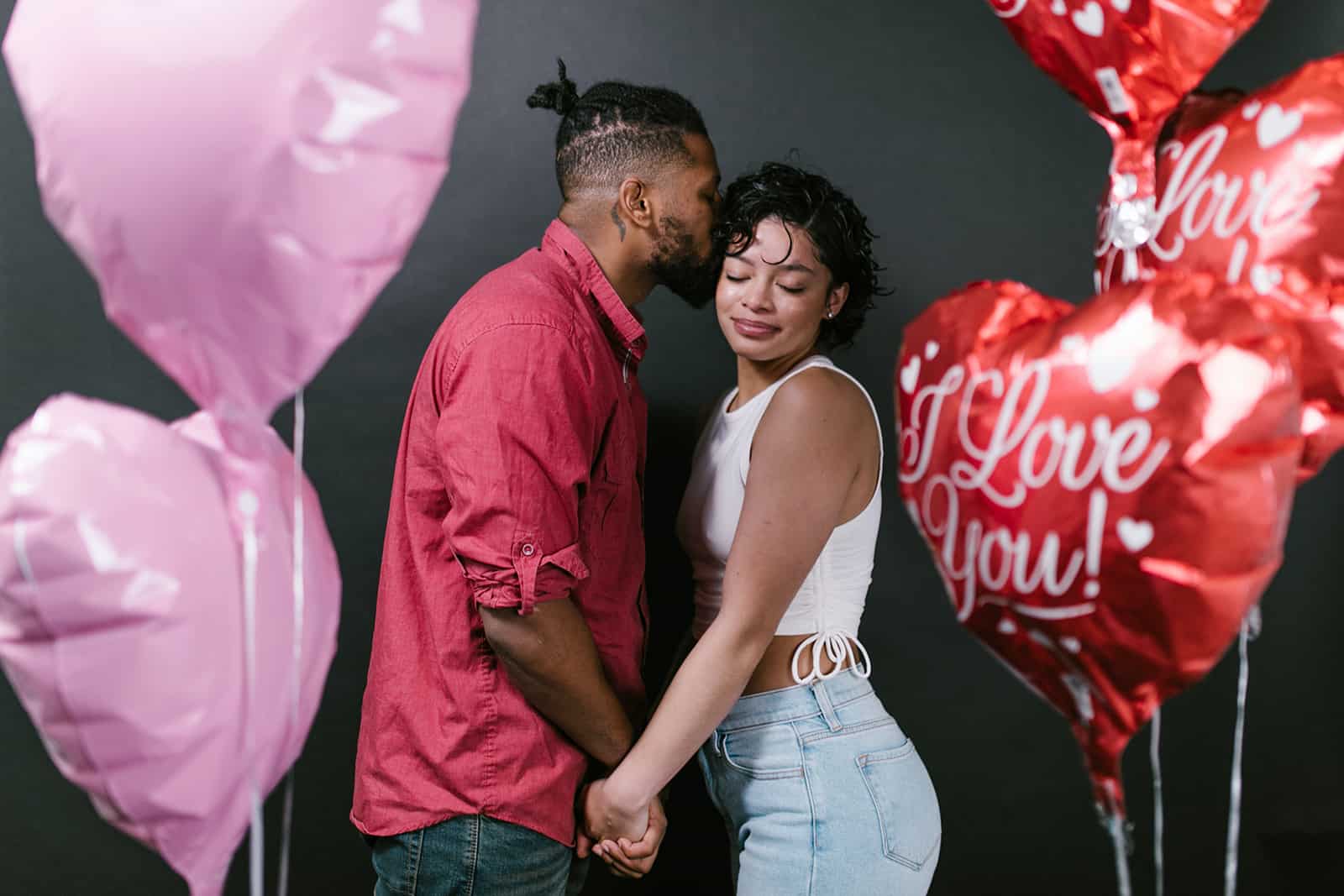 A man who truly loves you won’t have time to make you question things because he will be too busy finding new ways to make you feel loved!

Yes, girl! You’ve been stuck in your sleepwalking all this time and you have forgotten the basic thing about love. Love never stagnates, but it constantly evolves. Love doesn’t beg, but it’s reciprocal.

If you’re still not sure if he truly loves you or not, just ask yourself the following questions:

Is his love for you constant and obvious or do you have to search for it, beg for it, and wait for it? Are you happy with him? If not, is your happiness something you can bring up to your partner?

My Boyfriend Won’t Cut Ties With His Ex: 16 Helpful Tips

[…] Ask yourself a simple question; ‘Does he really love me?’. If you aren’t 100% sure about the way your man feels about you, it’s a huge red flag that he doesn’t really love you. […]